Clontarf are Energia All-Ireland League Division 1A champions for the third time after surviving a frantic finish to beat Terenure College 29-23 at the Aviva Stadium.

D’Arcy: It’s An Unbelievable Feeling Sharing The Pitch With My Brother

‘We’ll Be Back Again’ – Skehan

Donnellan: I’d Swap Every Try For Lifting That Cup

Tries either side of half-time from front rowers Ben Griffin and Dylan Donnellan were vital for Andy Wood’s table toppers, who finished the season with 15 straight wins.

Young out-half Conor Kelly contributed 19 points, missing just one kick. His conversion of hooker Donnellan’s 19th try of the campaign gave Clontarf a 13-point lead early in the second half.

First-time finalists Terenure tore back downfield for Alan Bennie to cross on the hour mark, but they failed to convert scrum pressure into a winning score and ‘Tarf prevailed thanks to some gritty late defence.

‘Nure briefly led by seven points in the first half, Peter Sylvester grabbing the opening try and 13-point winger Caolan Dooley kicking sweetly from the tee.

However, the powerful Clontarf pack came alive during those Championship minutes, seizing a 22-16 interval lead before maul maestro Donnellan beat a familiar path to the try-line.

The eagerly-awaited Dublin derby drew an attendance of 5,788, a record crowd for an All-Ireland League final at the Lansdowne Road venue since its redevelopment. The previous best for the recent league deciders was 2,100. 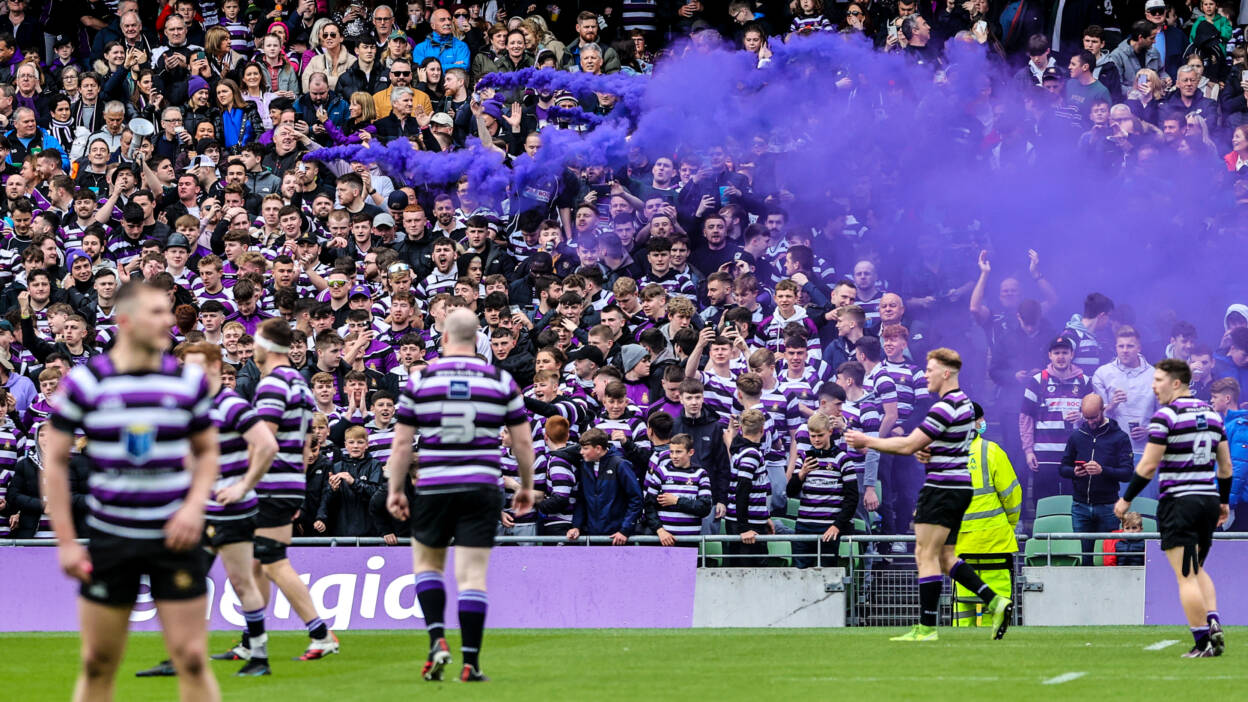 The 2014 and 2016 champions were first on the board, Portlaoise native Kelly nailing the first of five successful penalties, before Dooley brilliantly drained a seventh-minute strike from the right wing.

Making up for a long range miss, Kelly booted ‘Tarf back in front in the 13th minute with Cormac Daly, the Energia player-of-the-match, charging through into the 22 in the build-up.

Terenure gave a first glimpse of their try-scoring threat when Colm de Buitléar sped into space off a Dooley offload. From the resulting lineout, Sylvester shrugged off Donnellan’s attempted tackle to raid over to the right of the posts.

Limerick man Dooley converted and soon used a scrum penalty to make it 13-6, although ‘Tarf swiftly hit back with a third three-pointer from the left-footed Kelly, rewarding Donnellan’s impact at the breakdown. 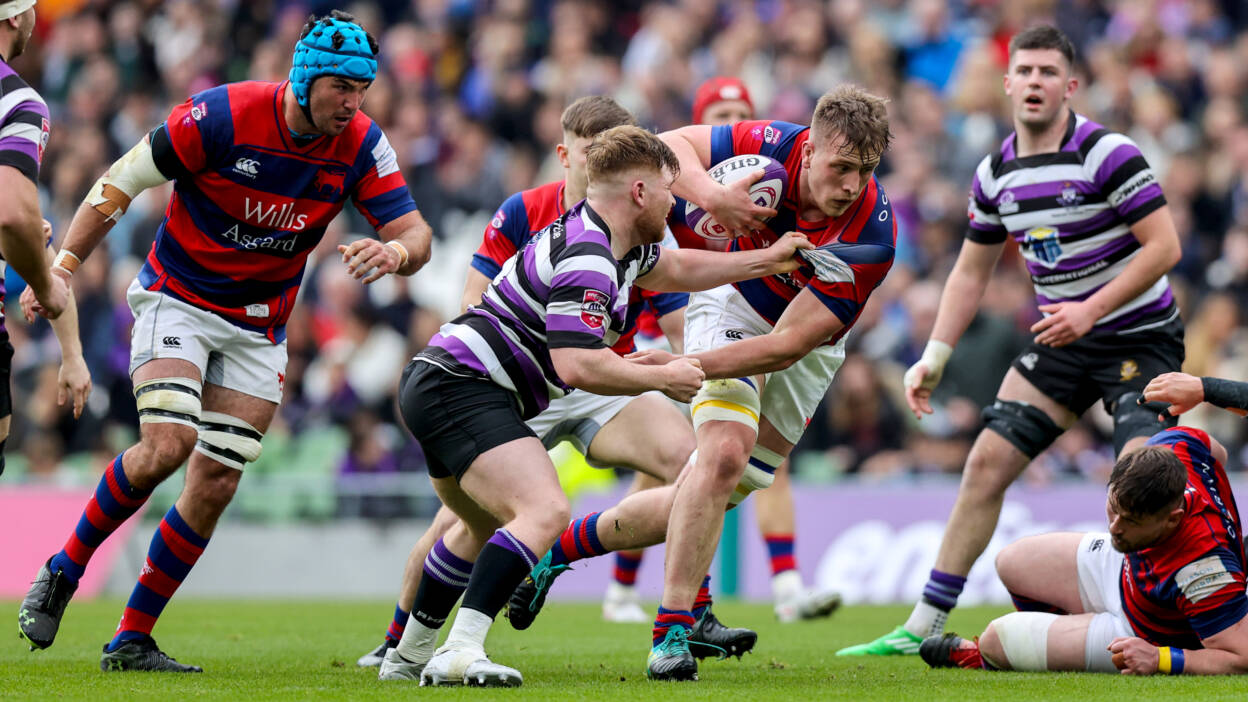 Two soft penalties allowed Kelly to boot ‘Tarf back in front with 33 minutes on the clock, but Clontarf captain Matt D’Arcy was caught offside at a kick and Dooley nudged the underdogs back in front.

The north Dubliners hit back with their best attack of the half, getting over the gain-line firstly through Tony Ryan and a sniping Angus Lloyd. Their front row each had a cut, 20-year-old tighthead Griffin piling in over the top of Jordan Coghlan to score under the posts.

Terenure had a bright start to the second period, but their discipline let them down and Kelly used a penalty to set up a five-metre lineout with a superb touchfinder. They scored at the second attempt, a muscular drive putting Donnellan over with Kelly’s extras making it 29-16.

Replacement Conall Boomer provided impact off the Terenure bench – as he had done eight days ago in the semi-final against Lansdowne – and he carried twice in a surging attack. 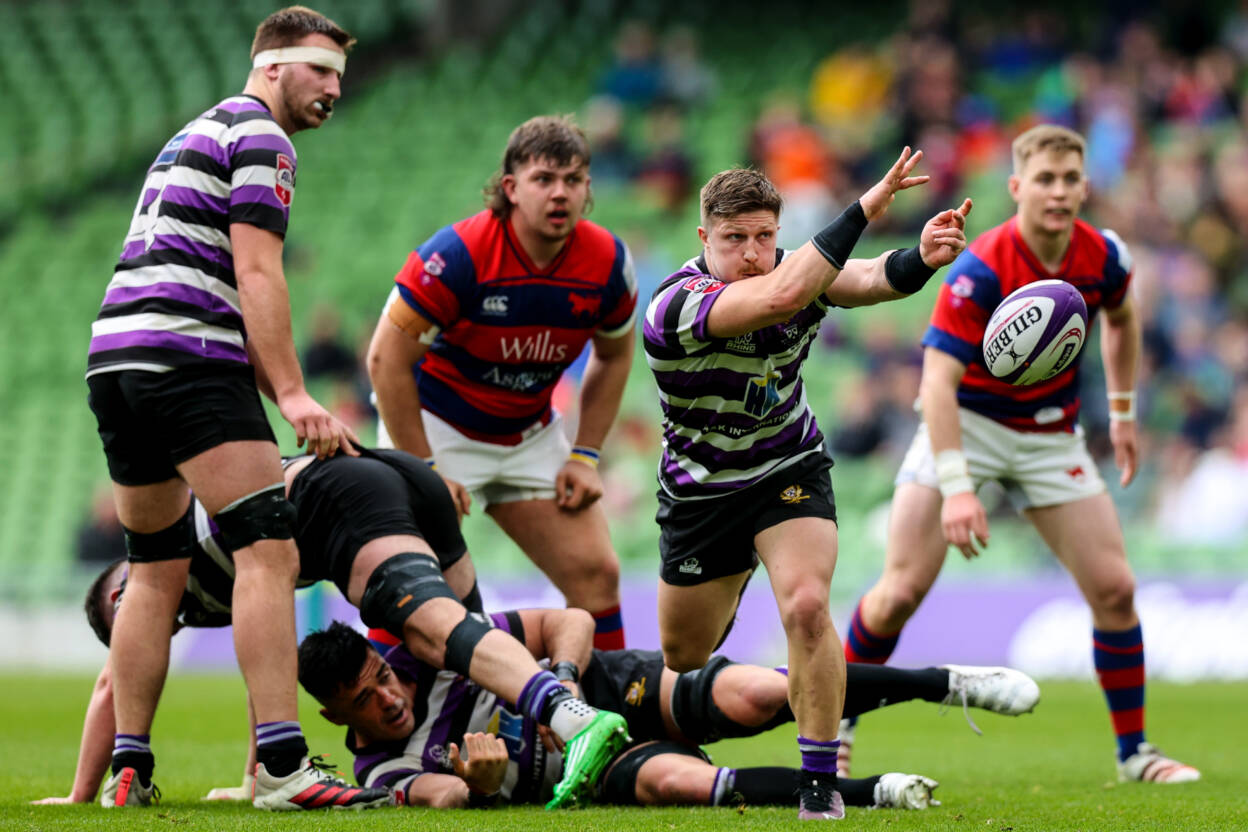 They opted for a scrum from a close-in penalty, number 8 Coghlan and de Buitléar bringing them right to the line before scrum half Bennie reached over from close range.

The vocal Terenure support roared with delight as Dooley knocked over his difficult conversion from the right, leaving six points between the sides with 20 minutes still to play.

The ever-busy Bennie continue to threaten around the fringes before Andrew Smith, back from recent Ireland Sevens duty, rallied Clontarf with a try-saving interception in the air. 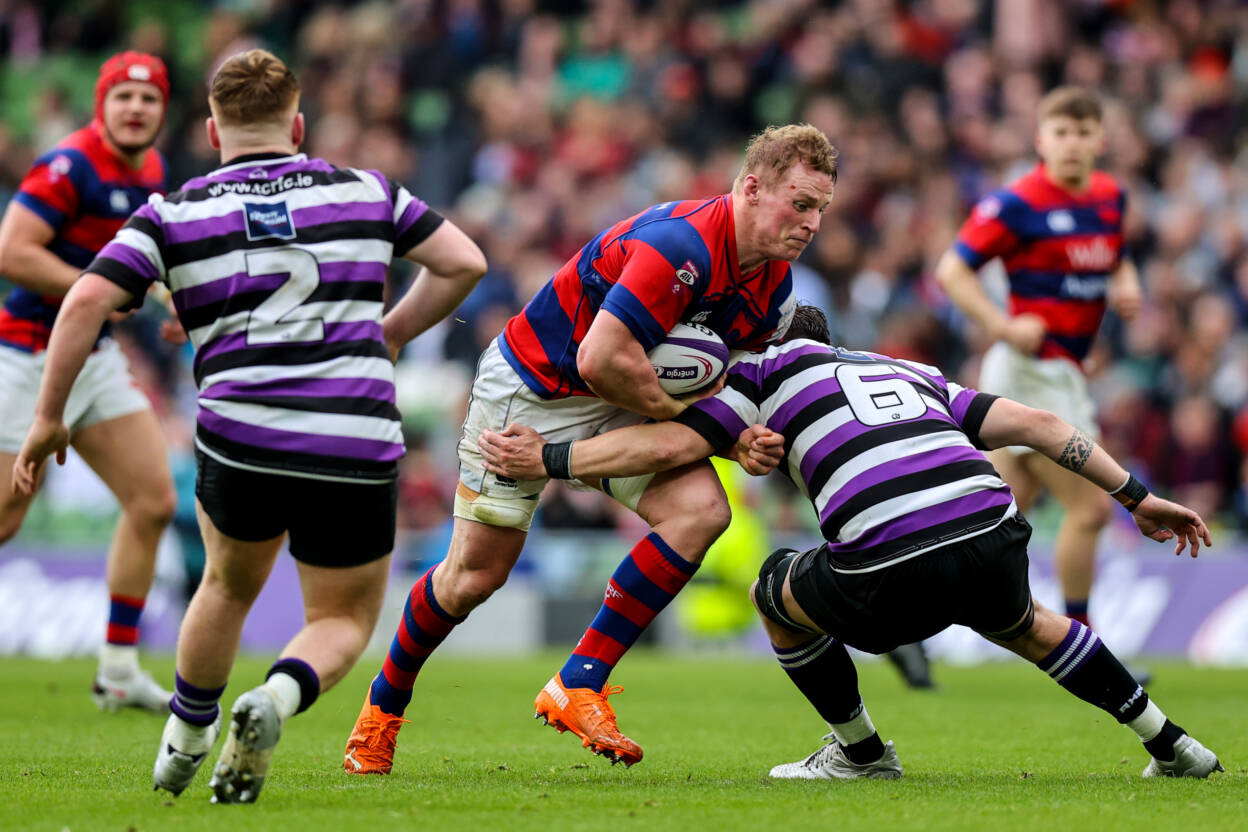 Nonetheless, Terenure had a penalty advantage and opted for a scrum again right in front of the posts. After leaking a scrum penalty, ‘Tarf brought reliable loosehead Ivan Soroka back on and he steadied up the set piece at a crucial stage.

Conor Kearns’ ball-dislodging tackle on Coghlan, coupled with a scrum free-kick, allowed Wood’s charges to clear out of their 22, but they needed a turnover penalty won by the retiring Adrian D’Arcy to get to relative safety.

Terenure had one final opportunity, launching forward from a penalty on halfway – only for Donnellan to stop them in their tracks with another key play at the breakdown which confirmed ‘Tarf as worthy winners. 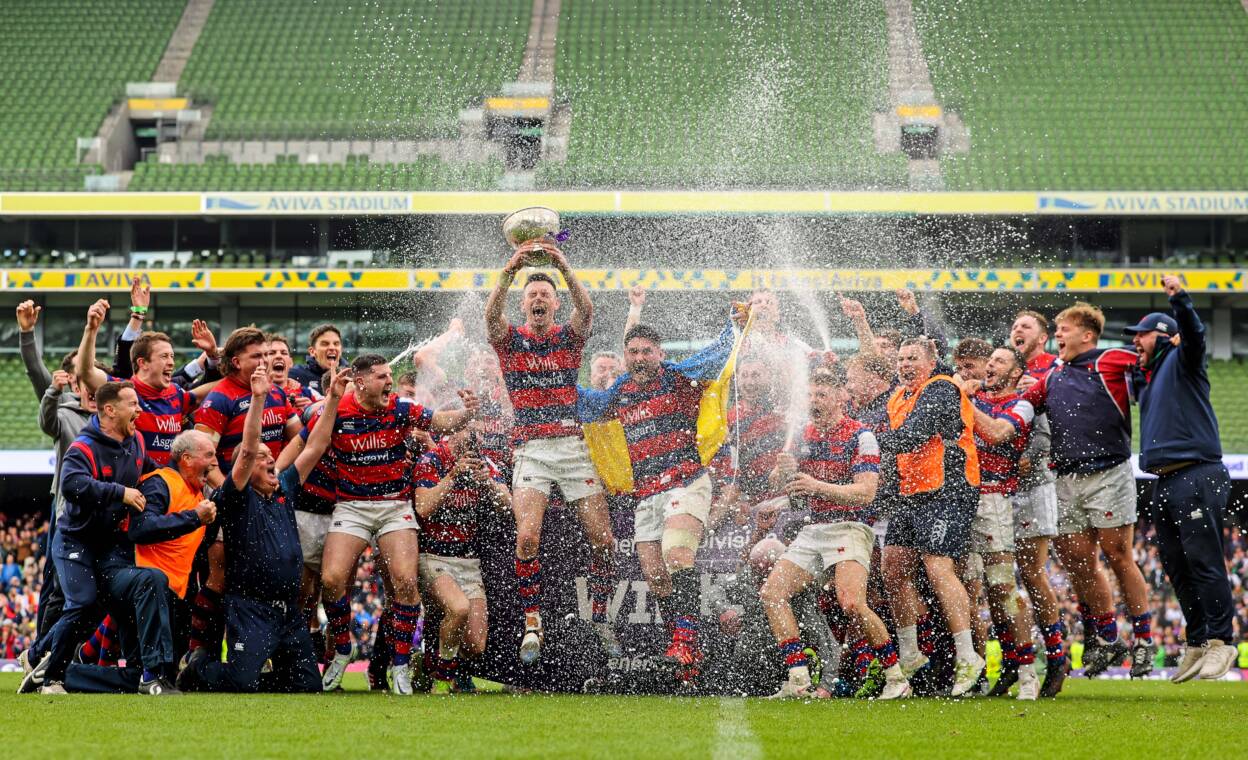