Dublin rivals Clontarf and Terenure College are set to field unchanged teams for their eagerly-awaited Energia All-Ireland League Division 1A final at the Aviva Stadium on Sunday.

Top scorer Jake Swaine is also sidelined for the final, but others have come to the fore. Limerick youngster Caolan Dooley has amassed 72 points with his assured kicking, while fellow winger Craig Adams is their top try scorer with 14. Andy ‘Panda’ Keating always packs a punch at scrum time.

Skehan’s side endured a sticky early season patch, losing successive games to Lansdowne, Young Munster and Clontarf, but they have won all bar one of their 15 league fixtures since then. That only defeat being by a single point at Castle Avenue.

‘Tarf do have the psychological edge over Terenure thanks to their two regular season wins, Dylan Donnellan weighing in with a crucial brace during that March clash. The prolific Galway-born hooker is well clear at the top of the division’s scoring charts with 18 tries.

Clontarf also have plenty of experience of big occasions at the Aviva Stadium. This is their fifth league final appearance since 2015, with three defeats and that memorable Joey Carbery-inspired triumph over Cork Constitution six years ago. 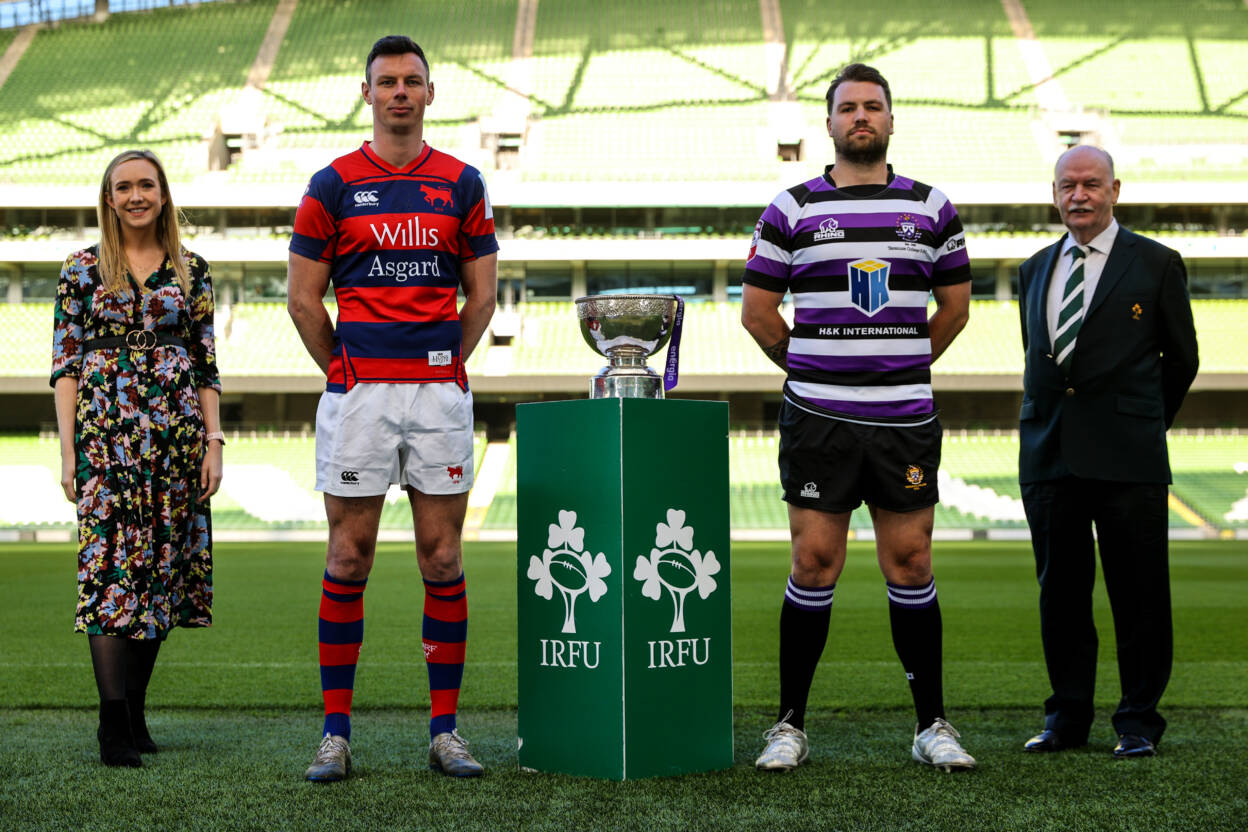 They were also champions as table toppers in 2014. Four starters from the 2016 final, including captain Matt D’Arcy and Ukrainian-born prop Ivan Soroka, are retained in this weekend’s starting XV.

Soroka’s younger brother, Alex, misses out as he is away in South Africa with Leinster along with David Hawkshaw, Martin Moloney, Vakh Abdaladze and Brian Deeny. Andy Wood’s men can still boast a formidable pack.

Enniscorthy man Tony Ryan remains a lynchpin at number 8 and versatile youngster Cormac Daly, who turns 24 on Sunday, has been one of their most consistent performers, chipping in with some vital tries.

Centre de Buitléar’s debut season with Terenure could hardly have gone any better. The former Connacht back has helped the club to reach new heights and is determined to finish off the year with league silverware. 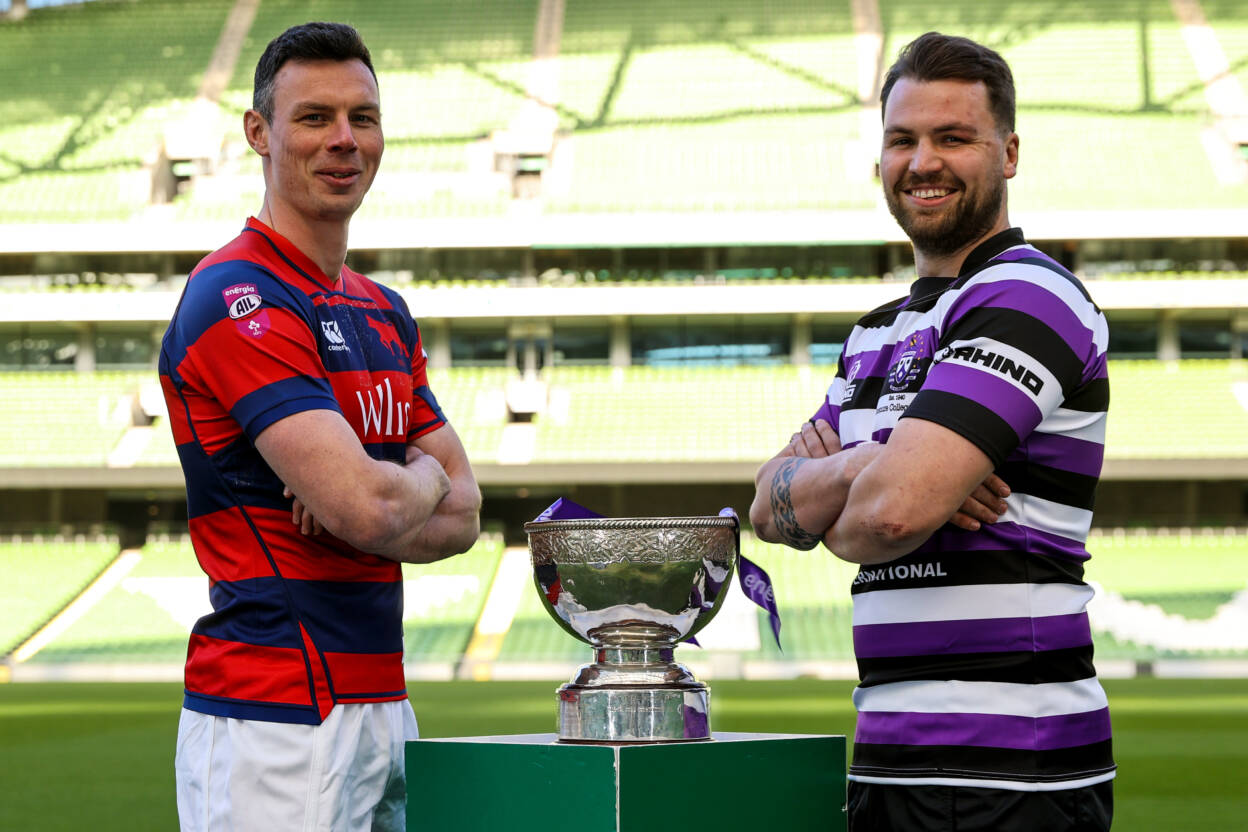 “From the first week I landed in, the first training session, I’ve enjoyed it immensely. I really have, it has been amazing. Welcomed in with open arms and I’m just the biggest fan ever of the culture of the club,” said the Carraroe native.

“I had no clue what this kind of level (Division 1A) was like because I never played it before. I didn’t know how quick it was, how physical it was and it really is. I’m blown away by the level of it.”

He added: “We have footage of ‘Tarf, of their games and I’d imagine they have footage of ours. We’re looking back at us playing them and we obviously had a look at them playing (Cork) Con. We’ve picked out the bits where we can exploit them.

“At the same time, we have to look out for areas where they’re strong. Jordo (Coghlan) and ‘Skehaner’, I’m sure they have insights to the culture, but at the same time we’re just looking at what they’ve done on the pitch.

“We know their strengths. We might have picked out a few weaknesses and hopefully we can exploit that on Sunday afternoon.”

Ryan, a real stalwart of the Clontarf back row, was a league winner with them in 2014 and 2016. A dream weekend for the 30-year-old would see him lift the trophy for the third time, along with his beloved Enniscorthy getting promoted from Division 2C.

A lot of his good friends are still playing with ‘Scorthy, but all eyes will be on the Aviva on Sunday with Ryan saying: “Seasons like this don’t come around very often. It’s been great craic especially when you’re winning, it’s just really enjoyable.

“We’re a really tight group, it would be great to win this together. I’m not getting any younger so you’d want to be making the most of these opportunities.”

Anticipating a tough battle with the first-time finalists, he added: “They’re always physical and it’ll probably go up another notch this weekend. Terenure play a really nice brand of rugby and we are well aware of all their threats.

“We’ll just do what has been working well for us which is using our forwards, playing to our strengths. We’ve also got a serious back-line with the likes of Michael Courtney and Matt D’Arcy.

“We’ve got speed on the wings with Cian O’Donoghue and Michael Brown, so we’ll be trying to play it at every opportunity. We need to just focus on ourselves.”

Terenure are a fine side and we have a good idea of what they’re going to bring, but the focus will be on ourselves and continuing to do well what we’ve done up to this point.

“You look at the players that we’ve got in the team and there are leaders across the board. I’m always confident in the lads taking the messaging on board.

“We’ve used 48 players. We’ve been working with the Under-20 coaches and seven or eight of those players have come up and played for us.

“The J1s have continued to deliver so when we’ve needed lads to come in, they’ve put in performances. That’s the beauty of it.”

Clontarf have been the form team in the country. It’s a phenomenal challenge to get our teeth into. I started playing rugby in Clontarf when I was six. They’re my family’s home club and they’re phenomenal.

“There’s good reason why they’ve won so many and been contending so many (finals) so it’s a big challenge for us.

“We went to play them in Castle Avenue a couple of rounds ago and came out on the wrong side of a one-pointer (12-11). I think it will be tight, but we are looking forward to the challenge.

“You’re never going to get to an AIL final and not play the best of the best. That’s why we’re here. That’s where we want to be. That’s what we aspire to be.”