When the final whistle was blown at the Aviva Stadium yesterday, it was a special moment for everyone involved with Clontarf Rugby Club, none more so than captain Matt D’Arcy and his twin brother Adrian who have been part of the club’s fabric since they were just six-years-old.

Centre Matt has been instrumental for the newly-crowned Division 1A champions, leading his troops to 19 wins in 20 Energia All-Ireland League matches as they marked themselves out as the best team in the top flight.

He got to follow in the footsteps of ‘Tarf’s 2014 and 2016 title-winning captain Ben Reilly, lifting the trophy in front of a crowd of almost 6,000 at Irish Rugby HQ.

Speaking after the 29-23 final win over Terenure College, D’Arcy said: “It’s unbelievable, I’m actually wrecked from celebrating there! It was a really hard-fought final. Terenure are an unbelievable team and they have been all year.

“They really put it up to us and we just hung on at the end there, I’m absolutely delighted.”

Young out-half Conor Kelly kicked 17 points, including the conversion of 20-year-old prop Ben Griffin’s late try, to give Clontarf a 22-16 lead as they headed back to their dressing room at half-time.

Andy Wood’s men showed a notable patience on the ball, happy to go through the phases before frustrating their opponents to the extent that they would concede the penalty. This element of their game has worked well for them throughout the campaign.

“I think that’s something we’ve had all year, a real patience to look after the ball. It’s something we tried to do today,” explained D’Arcy, the Ireland Club international stalwart.

“In the second half of a cup final, we probably didn’t play our most vintage rugby, but, in the first half, we did some of what we’ve done really well all year – putting teams under pressure. I was delighted with that.” 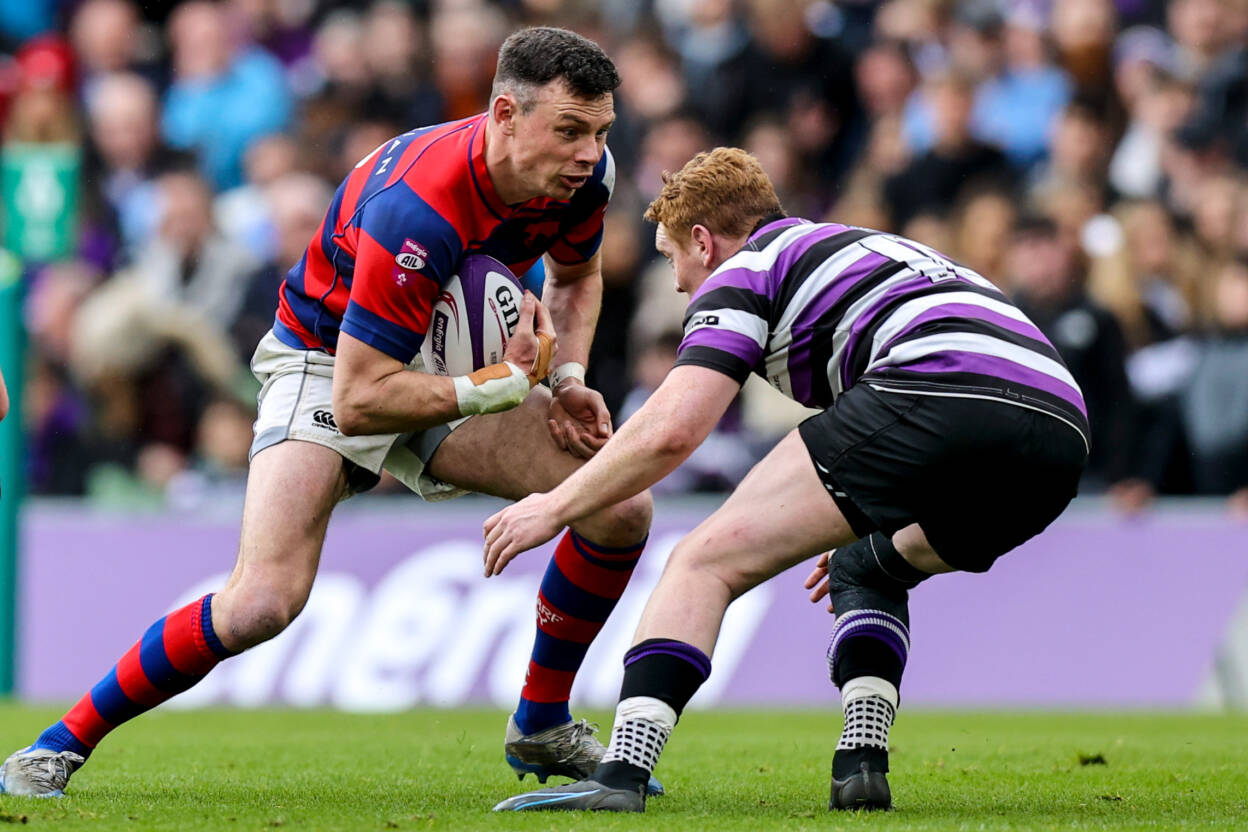 A number of players produced big individual performances on the day, including D’Arcy’s twin, flanker Adrian, who made some important tackles. The experienced back rower did not have the easiest of roads to the final, a tough battle with knee ligament injury almost cut his season short a few months prior.

Lining out in the showpiece decider, which pitted the high-flying Dublin rivals against each other, was the perfect icing on the cake to a successful playing career for Adrian.

He announced that he would be hanging up his boots after this season, meaning that it was the last time he will ever play alongside Matt for their beloved Clontarf.

Seeing his sibling bow out as a league winner, Matt admitted: “I got emotional there at the final whistle. We started playing together at the age of six with Clontarf minis every Sunday, and now we just played our last game on a Sunday all these years later.

“It’s an unbelievable feeling sharing the pitch with him and he’ll be missed, but it was a good way to send him off.” 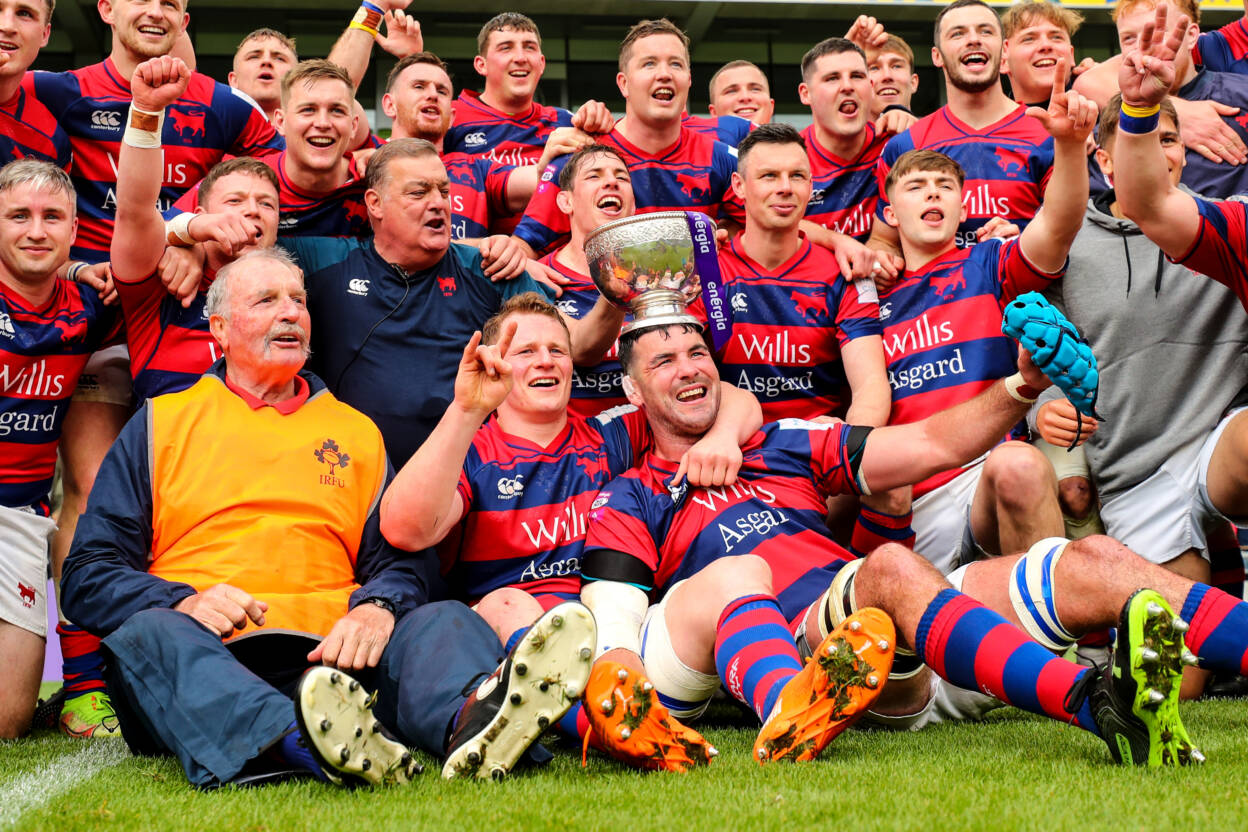 He also paid tribute to Clontarf team manager Pat McHale who is leaving the management set-up after over 20 years’ involvement.

The All-Ireland League is so competitive, which makes it very difficult to win a title, and it is not something any winning player or coach takes for granted.

The ‘Tarf skipper added: “Hopefully there will be more, but as today showed it’s very hard to win. We’ll cherish this one and enjoy it.”