After finishing out her Ireland career with a rousing comeback win at the RDS, Ciara Griffin expressed her belief that a bright future lies ahead for the girls in green.

With her side trailing 12-3 at half-time against Japan, Griffin took matters into her own hands as she scored two tries in the space of 11 minutes after the restart.

Supplementing five points from the boot of out-half Enya Breen, this haul from the Kerry native helped the Ireland Women come away with a 15-12 victory in their final game of 2021.

The hard-earned result came at the end of a week that began with Griffin surprisingly announcing her imminent retirement from international rugby.

Now that she has stepped away from the Ireland set-up, the influential back rower cannot wait to watch the national squad build under incoming head coach Greg McWilliams.

Speaking in the aftermath of her final game for her country, Griffin said: “That squad are going forward into 2022. It’s great to see, it’s a solid squad.

“You will take solace from it because our backs were to the wall a few times there and often times it might have broken, but we kept solid. We ground it out.

“We resourced it and just played to our strengths. I’ll take a lot from that with this group going forward and I’m really excited to watch them now in 2022.

“Resilience is something I love. It’s something I do a lot of research into and I think that group in there is the epitome of resilience. I’ll definitely take that going forward.” 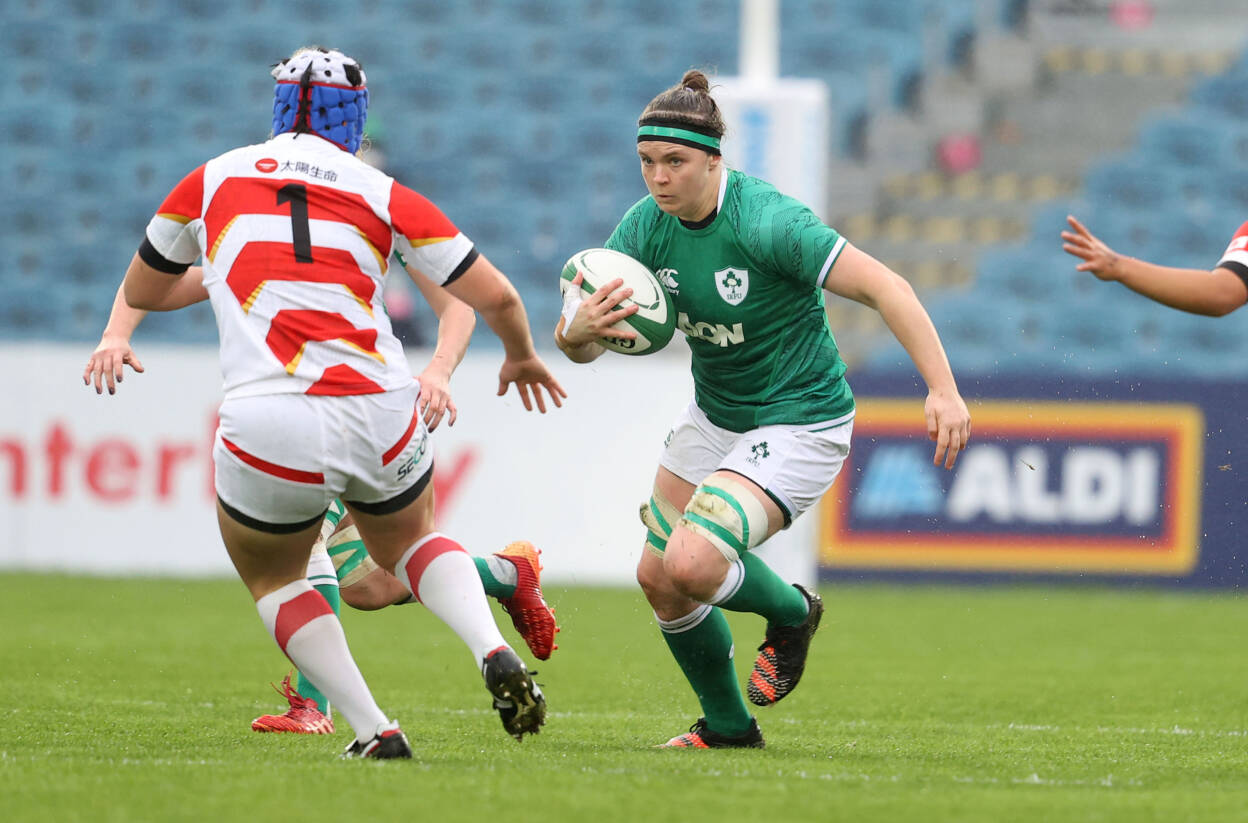 As someone who has emphasised the importance of the collective throughout her time in the green jersey, Griffin was doing her best to leave aside the magnitude of what was about to unfold in the early hours of Saturday.

However, she began to appreciate the significance of the fixture the closer it came to the 3pm kick-off time in Ballsbridge.

I woke up this morning and, to be honest, it was like any other match day. You had that feeling, you’re like, ‘okay, time to put on a green jersey today’.

“As the day went on, obviously I realised what it meant to me and what it was going to be. I relished the build-up, relished the moments and just took it all in.

“I’ve never taken in so much of all the little details on a match day. It was just a lovely build-up and a nice ending.”

Indeed, Griffin was able to channel the fact that this was the final Test of a distinguished Ireland career into her on-field performance.

After charging down a Kanako Kobayashi clearance to claim a 44th-minute try, she subsequently powered over the whitewash under intense pressure for what proved to be the match’s decisive moment. 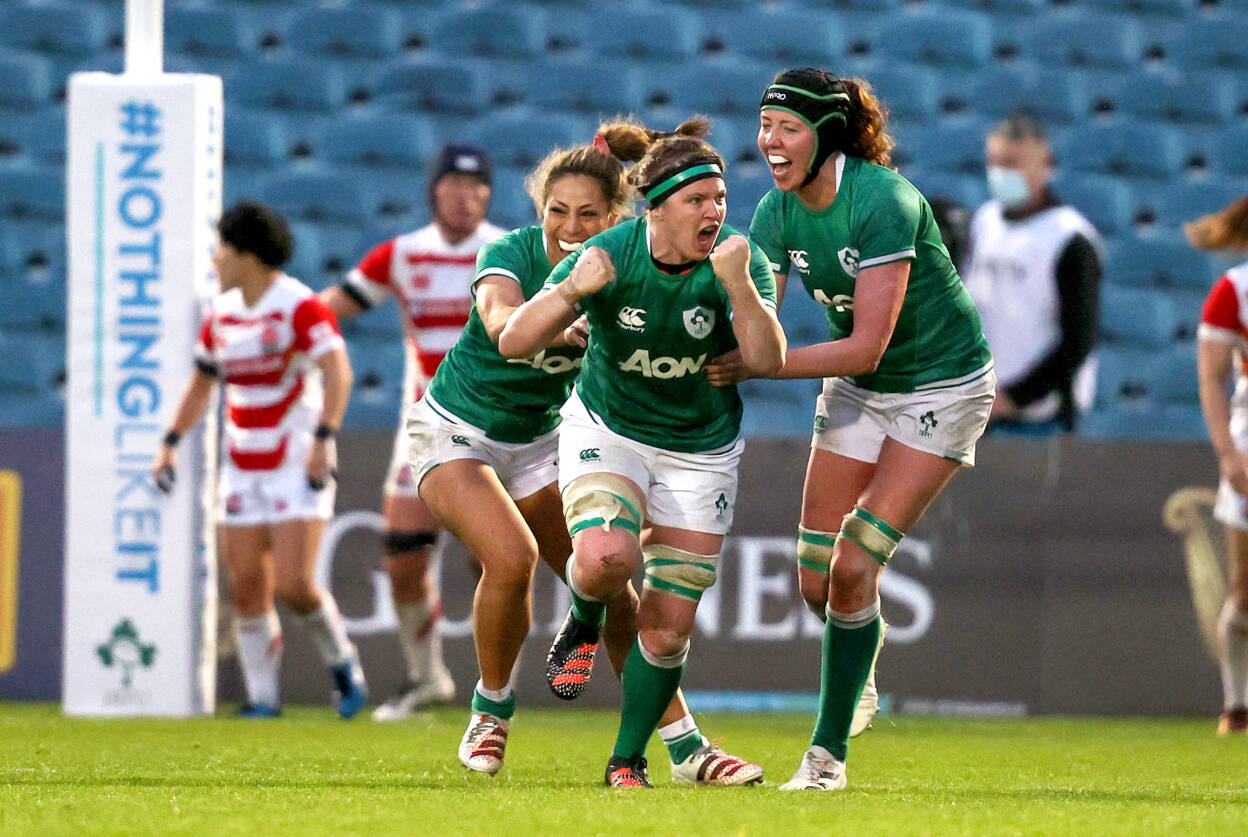 From Griffin’s point of view, these moments saw her showcasing the key elements that have made the UL Bohemians and Munster stalwart proud to be an Ireland international on no fewer than 41 occasions over a five-year period.

I like to lead by example. I like to do the hard yards and the hard work as well. To be honest when you see chances in front of you, you want to take them.

“One saying I always use is, ‘back yourself’. That block down, that was backing myself. I could very easily have missed it. It’s just backing yourself and having the belief. That’s what we did today as a group.”