Griggs will remain in charge for the November Test matches against USA and Japan. ©INPHO/Ryan Byrne

The IRFU can today confirm Adam Griggs will step down from his position as Ireland Women’s Head Coach following November’s Autumn Test matches.

Griggs, who was appointed to the post in November 2017, will vacate the Head Coach position when his current contract expires next month. He will remain in charge for Ireland’s back-to-back Test matches against USA and Japan.

Having been notified of Griggs’ decision to step down from the position, the IRFU identified a number of candidates for the Head Coach role and is delighted to announce the appointment of Greg McWilliams.

McWilliams, who has recently returned to Ireland from America, brings a wealth of experience to the position and will commence his role on 1st December, 2021 to begin preparations with the squad for the 2022 Women’s Six Nations.

The 43-year-old was previously part of the Ireland Women’s coaching team, serving as assistant coach for the 2010 and 2014 Rugby World Cups, as well as the 2013 Six Nations-winning campaign.

During his time in America, McWilliams was the Director of Rugby at Yale University, taking up a coaching role with the USA Eagles in 2017 and he remained with USA through to the 2019 Rugby World Cup. McWilliams’ most recent role was Head Coach of Major League Rugby outfit Rugby United New York.

Commenting on today’s announcement, IRFU Director of Women’s and Sevens Rugby, Anthony Eddy, said: “I would like to thank Adam for his commitment and dedication to the position. Although there was disappointment with the outcome of the World Cup qualification, the squad has developed under his direction and players have been identified and developed to a stage where now the incoming coach, Greg McWilliams, has a good squad to work with for the future.”

Griggs will move into the position of IRFU Provincial Talent Coach for Leinster, focusing on Talent ID and Player Development across both the Men’s and Women’s game.

He said: “It has been an enjoyable and challenging period. It was bitterly disappointing to exit the World Cup qualification as we did, however, I believe the group can take pride in their personal growth and development as rugby players.

“Personally, I will take plenty of learning from this experience which I look forward to implementing in the future. I would like to thank the players and support staff for their unwavering commitment to the green jersey and I look forward to watching a talented group grow into world class players under Greg’s tutelage.” 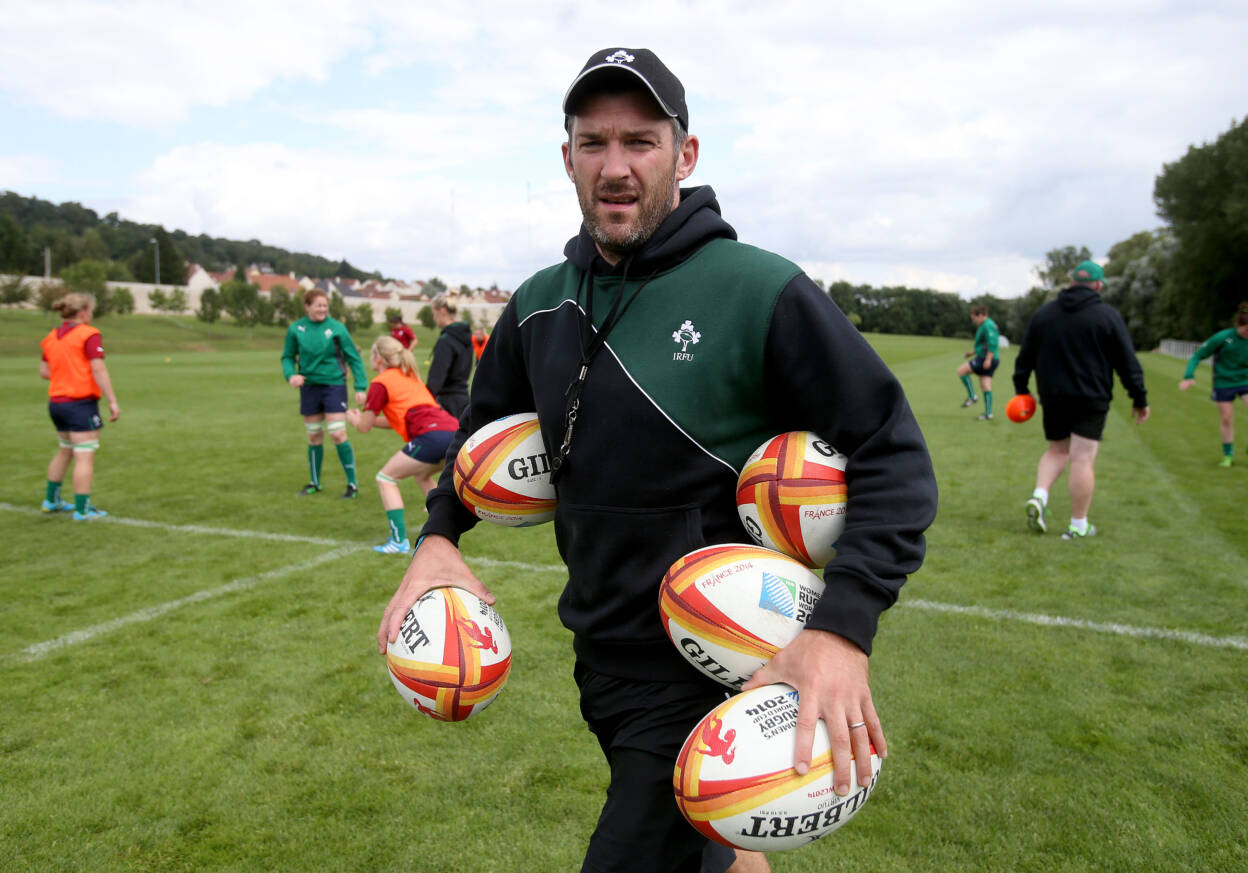 Greg McWilliams will take over from 1st December, 2021. ©INPHO/Dan Sheridan

Ahead of commencing his role with the IRFU, McWilliams commented: “It’s such an exciting time for women’s sport globally. There is a terrific energy building and I’m very grateful for the opportunity to be a part of that journey, continuing on from the great work paved by Adam and his staff. I’m most looking forward to meeting the staff at the IRFU High Performance Centre, the players and their families.

“In the meantime, USA and Japan travel to Dublin in a few weeks. It’s a brilliant challenge for the squad against two quality teams. Think of how powerful two strong performances would be for our players against top opposition. It would be massive for momentum as we begin the next World Cup cycle.”

The Ireland squad for the Autumn Tests against USA and Japan will be announced early next week.