The Ireland Women’s Squad for the rescheduled Women’s Six Nations games against Italy and France has been named.

Head Coach Adam Griggs has named a squad of 36 to play in the remainder of the 2020 Women’s Six Nations games.

Ireland’s final two games of this year’s tournament were postponed due to Covid-19 restrictions earlier this year.

The day and kick-off times will be confirmed by Six Nations in due course.

Ireland started the tournament well with a tight win at home to a rejuvenated Scotland. Sene Naoupu and Cliodhna Moloney both got on the scoresheet but it was a 66th-minute interception from Beibhinn Parsons that sealed the win. 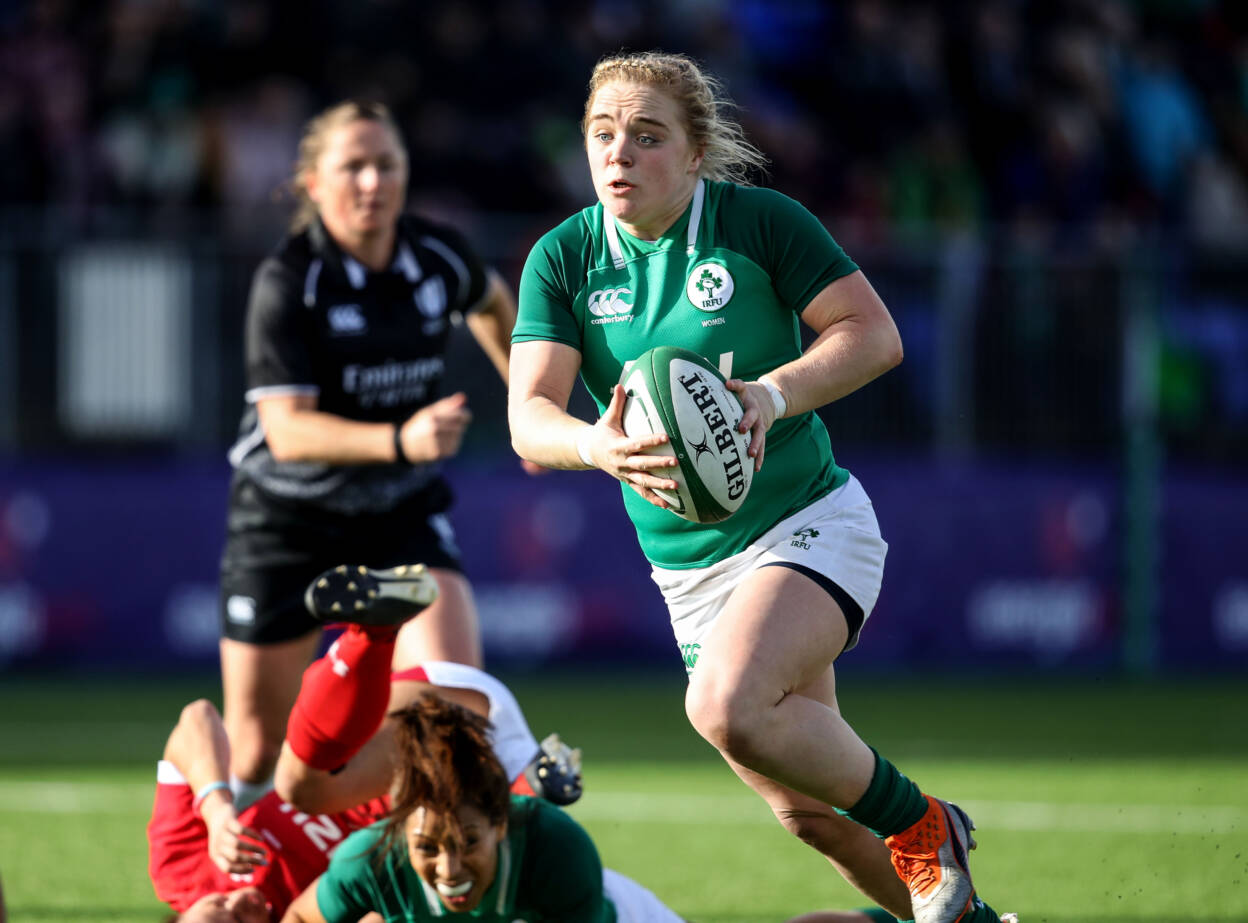 They followed that up with a five-try win against Wales on a day when the sun shone brightly and the heavens opened in the space of 80 minutes. Parsons notched up the first of Ireland’s tries with Moloney, in a Player of the Match performance, Lauren Delany and Linda Djoungang also touching down before a last-minute penalty try put the icing on the cake.

Ireland’s last game before lockdown was a disappointing loss away to England who proved too powerful, and with a dominant scrum, laid the foundation for a 27-0 win in Doncaster despite a spirited Irish performance.

Speaking to IrishRugby.ie, Griggs said: “We are picking up where we left off over five months ago. At the outset of this year’s tournament we had clear priorities set. Our aim was to win our three home games and play competitively in our two away games and we felt like we were in a good place before the postponement of the tournament.

We have stayed connected as a team who trained remotely throughout the lockdown. We have a number of training dates in the schedule ahead of the tournament and it will be good to get together. We have a busy few months ahead of us, and look forward to getting back to playing rugby.”

Monday saw the announcement by Rugby Europe of the rescheduled Rugby World Cup 2021 qualifiers which were due to take place in September; they will now be played as a single round-robin tournament on the weekends of 5th, 12th and 19th December 2020.

Ireland will be joined in the tournament by Six Nations rivals Scotland and Italy and the winner of the Women’s Rugby Europe Championship 2020, which will be completed in October.