Senior Coach Stuart Lancaster says Leinster will need to lean on all of their squad depth as the province build towards the resumption of the Guinness PRO14 season and a two-pronged title tilt.

The defending PRO14 champions are runaway leaders of Conference A and guaranteed of a semi-final berth ahead of their Aviva Stadium showdown with Munster on Saturday 22nd August (KO 7.35pm), while Leo Cullen‘s side are also gearing up towards a Heineken Champions Cup quarter-final against Saracens next month.

Leinster have been working hard in pre-season training under IRFU Return To Rugby protocols in recent weeks and as the province bid to add to their recent title success during a hectic schedule, Lancaster knows they’ll need to hit the ground running against their southern rivals in Dublin next weekend.

“It’s critical. Not important, it’s critical,” Lancaster said of starting well against Munster. “It’s pretty unique, the circumstances. If you go through the timeline, which we have done. We’ve presented this to the players. We go Munster, a massive inter-pro game and they need to beat us because they want a home semi-final, then Ulster who are flying at the moment and made some great recruitment – as have Munster.

“So, it’s a pretty unique scenario where you have to peak right at the start of the season and deliver and win. The closest comparison I can make is that it’s a bit like a World Cup in that you’ve got to win your pool games, then you’ve got to win a quarter and semi-final. The difference is this time you’ve to do it without any warm-up games. We see it as hugely important to hit the ground running.”

Without the substance of pre-season warm-up games before the serious business resumes, Lancaster and the Leinster coaching team have been testing the players in training through match scenarios, and the hope is that the internal squad competition will put the province in good stead for the restart. 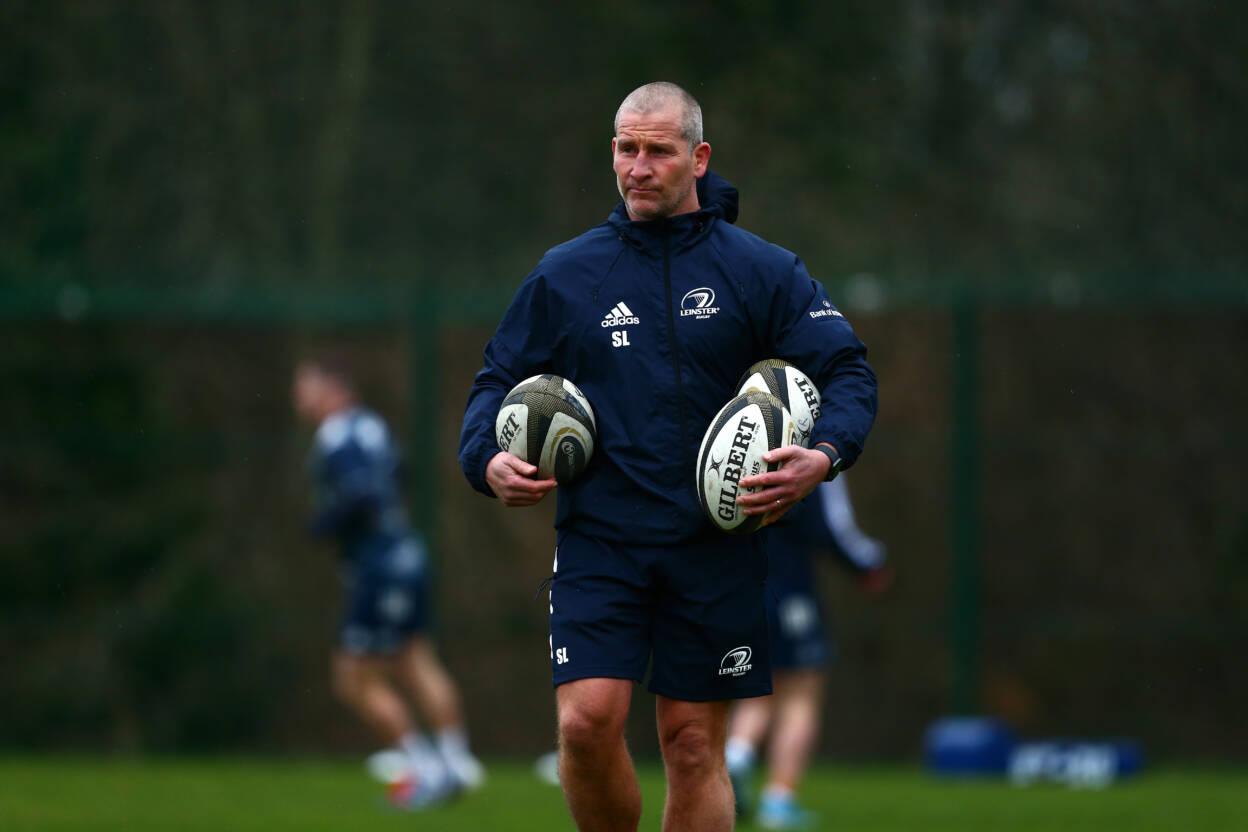 Leinster have been working with an extended group of 40-plus players since contact training has resumed and with a busy schedule ahead, Lancaster knows squad selection and rotation will be key to the club’s chances of retaining their PRO14 crown and adding a fifth European star to the crest.

“We’ve had a good few weeks of training now and we’ve made it competitive within training,” he continued. “There is a lot of game-related decision making we’re getting the players to do and that’s not just in unstructured rugby but decision making in set-piece starter plays and restarts.

“I know it has been a long break but I expect us to pick up where we left off. That’s the goal and anything other than that we’ll struggle. Selection will also be really important during this run of games from our point of view. It’s going to be a squad effort and that’s why we need every player ready to step in and play as we will need to rotate the team. Our squad strength in depth will be really tested but how we select and how we put the team together will have a big bearing on the outcome so we need to get that right as coaches.”

On the fitness of Ireland internationals James Ryan and Dan Leavy, Lancaster said both are making excellent progress in their respective comebacks but the renewal of battle lines with Munster will come too soon for them.

He added: “So they’re both rehabbing on the side of the pitch at the moment. Dan has made amazing progress, I think. But they’re not involved in team sessions at the moment. Both of them, it would be a stretch, to say the least, for Dan to be involved in the Munster game. Because, the injury – with as severe as it was and the length of time out – we had to make sure we manage him back appropriately.

“But he’s been doing units and stuff; he’s been doing bits and pieces, but he’s still got to do full training for a full week. We’re obviously just over a week away from playing Munster now.

“James has made good progress, really. I think Leo was saying that last week. He wouldn’t be training with us at the moment but we’re optimistic that, if things go well, that he can get towards the finals. The semi-final and finals stages, which is three or four weeks from that Munster game.”