In Pics: Flannery To The Fore As Shannon Beat Naas In Division 1B Decider

Third-place finishers in the table, Pat O’Connor’s Shannon side excelled in the play-offs, winning at Highfield last week before a strong first half performance laid the foundations today against a gallant Naas.

Bulldozing young lock David Maher piled over for a 12th-minute try, which Flannery converted. The latter missed a penalty but was back on target to punish a no-arms tackle by Cillian Dempsey on Kelvin Brown.

The 22-year-old Flannery, whose younger brother Alan lined out at inside centre, increased his influence on the promotion final with a well-taken intercept try from halfway, three minutes before half-time. 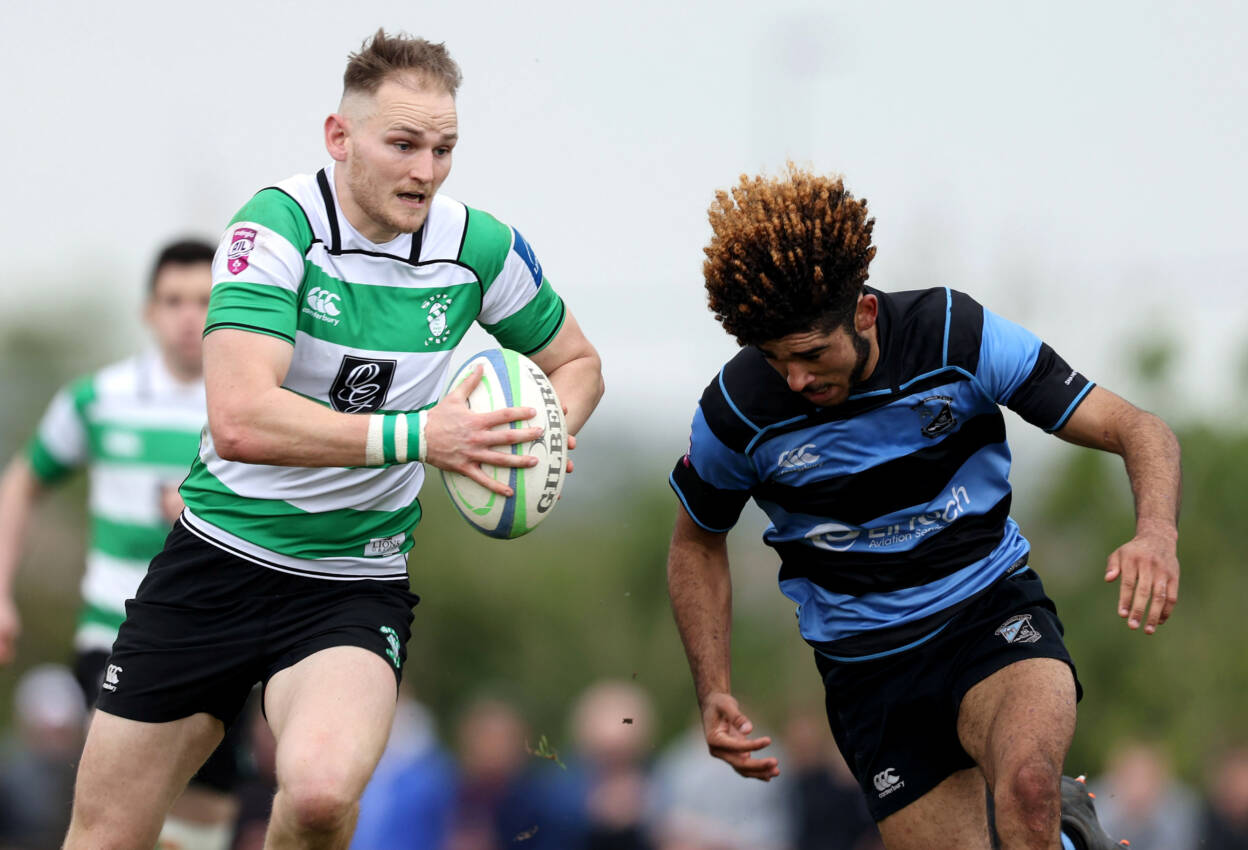 The Cobras’ only other first half opportunity saw Bryan Croke chip through but Craig Ronaldson was ruled offside.

Lively replacement Fionn Higgins drew the visitors closer with a cracking charge-down try in the 49th minute, countering with his own well-placed kick before leaping to block a Flannery effort, collect the bouncing ball and run in to the right of the posts.

However, two well-struck penalties from Flannery made it 23-8 early in the final quarter, with Munster’s Daniel Okeke coming off the bench to very good effect and Luke Rigney powering the scrum forward for the latter penalty.

Naas centre Kavanagh replied with an excellent chip-and-chase effort late on. Ronaldson blocked an attempted kick through from Flannery, Kavanagh swooping to hack it on and retrieve the ball in the 22 for a fine finish in the right corner. 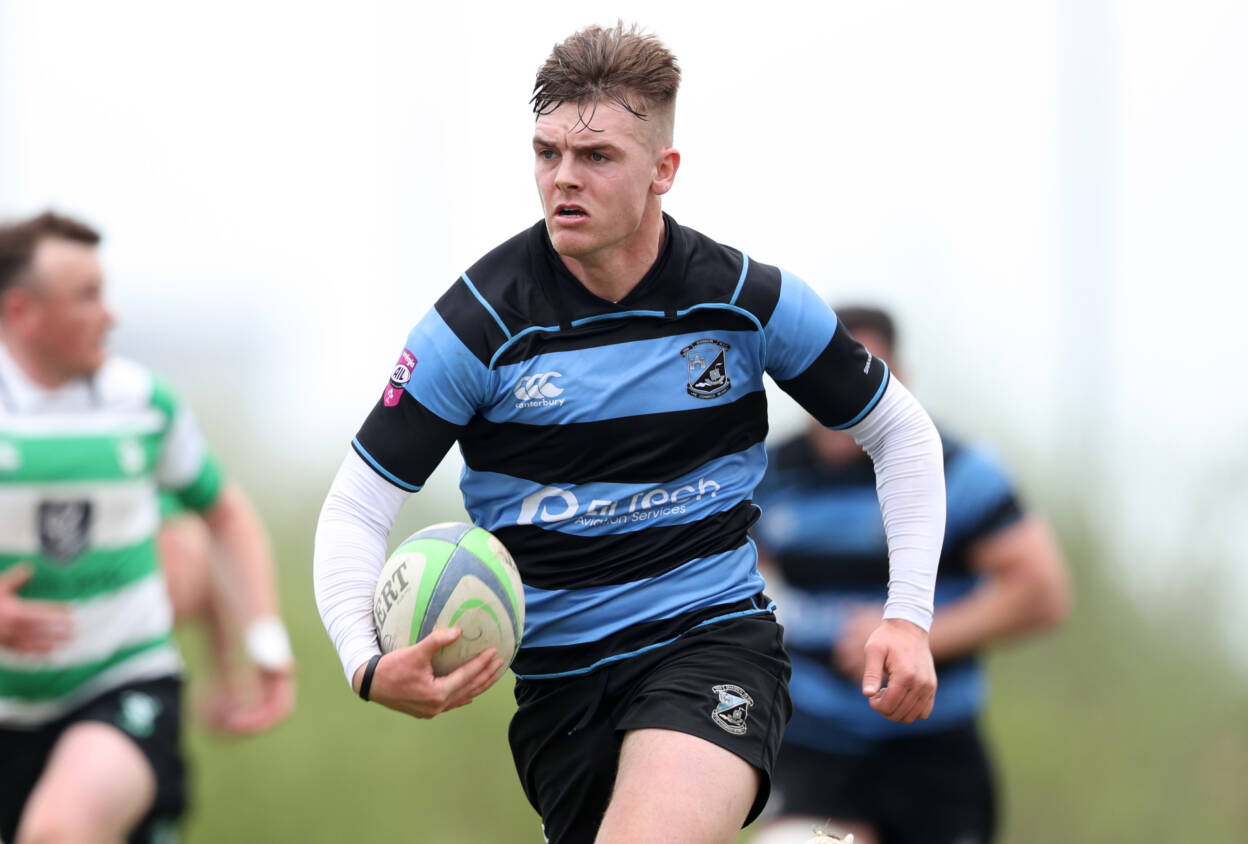 Meanwhile, Ballynahinch maintained an Ulster presence in the top flight after winning their relegation play-off second leg 31-17. UCC could not avoid the drop, losing 52-34 on aggregate.

The Cork students were only four points behind from the first leg and a very positive first half performance at Ballymacarn Park had them level-pegging with ‘Hinch at 17-all.

Ballynahinch sought to put the tie to bed early, scoring after just six minutes. Scrum half Conor McAuley followed up on a surging run by Bradley Luney to touch down at the second attempt.

Ulster Academy youngster Conor Rankin converted and then crossed on the quarter hour mark. Ireland Sevens international Cormac Izuchukwu got a chance to stretch his legs, Aaron Cairns then sidestepped and offloaded for Rankin to score and make it 12-0 on the day.

There was no panic from UCC who coolly worked their way back into contention. Tadgh McCarthy’s quick tap led to Andrew O’Mahony grabbing a try back, and lock Mark Bissessar added a second seven-pointer from a well-directed maul.

‘Hinch hit back with a Josh Hanlon try – his third in as many games – after the initial incision from centre George Pringle. UCC squeezed in a late penalty, fired over by Daniel Squires, to make it all square in this return fixture.

However, the Ballynahinch forwards got on top during the second period, forcing a series of scrum penalties and causing regular problems for the UCC lineout.

Talented full-back Rankin collected 16 points, with his second try on the hour mark owing much to Cairns’ gobbling up of a cross-field kick.

Greg Hutley, one of ‘Hinch’s most consistent performers this season, charged through midfield to add a late gloss with a 79th-minute converted score.

Banbridge retained their Division 1B status by beating Navan 24-0 at Rifle Park. Bann had too much in the tank, with Conor Field’s eighth try of the campaign adding to earlier scores from Robin Sinton and captain Michael Cromie.