Even though she is set to take her caps tally to twelve, Ireland number 8 Hannah O’Connor will be facing Scotland for the first time at Kingspan Stadium on Saturday night (kick-off 8pm).

After making her debut against Wales in a 2019 November international, the Galway native missed out on selection when the Scots visited Energia Park in the following spring’s Six Nations Championship.

The two sides did not play each other in the reformatted 2021 tournament and while they renewed rivalries during last September’s Rugby World Cup qualifying tournament in Parma, O’Connor was back home in Ireland nursing a broken finger on that occasion.

Their third and final game in the Italian city, a last-gasp Chloe Rollie converted try consigned Ireland to a 20-18 defeat and ultimately ended their hopes of reaching this year’s rescheduled World Cup in New Zealand.

Despite watching the game from afar, O’Connor found the result every bit as heart-breaking as those who were involved on the pitch.

With that in mind, she views Saturday’s final round clash in the 2022 TikTok Women’s Six Nations as a prime opportunity to push on towards a brighter future for the team.

“Same as everybody else who was a rugby supporter in the rest of the country. It was incredibly disappointing, but as I said it’s great to be able to have another chance this weekend to go up against the same opposition.

“Obviously that will be in our minds as well, in terms of that was our last time that we’ve played this opposition. You do your review and preview, and you know that was the last time you played them.

“The same way we’ve gone out in this competition, it’s, ‘yes, we’re not going to the World Cup, but we have a point to prove in every game that we play in and the performances that we put on’. That’s what we’ll be hoping to do and finish in a good spot on Saturday night.” 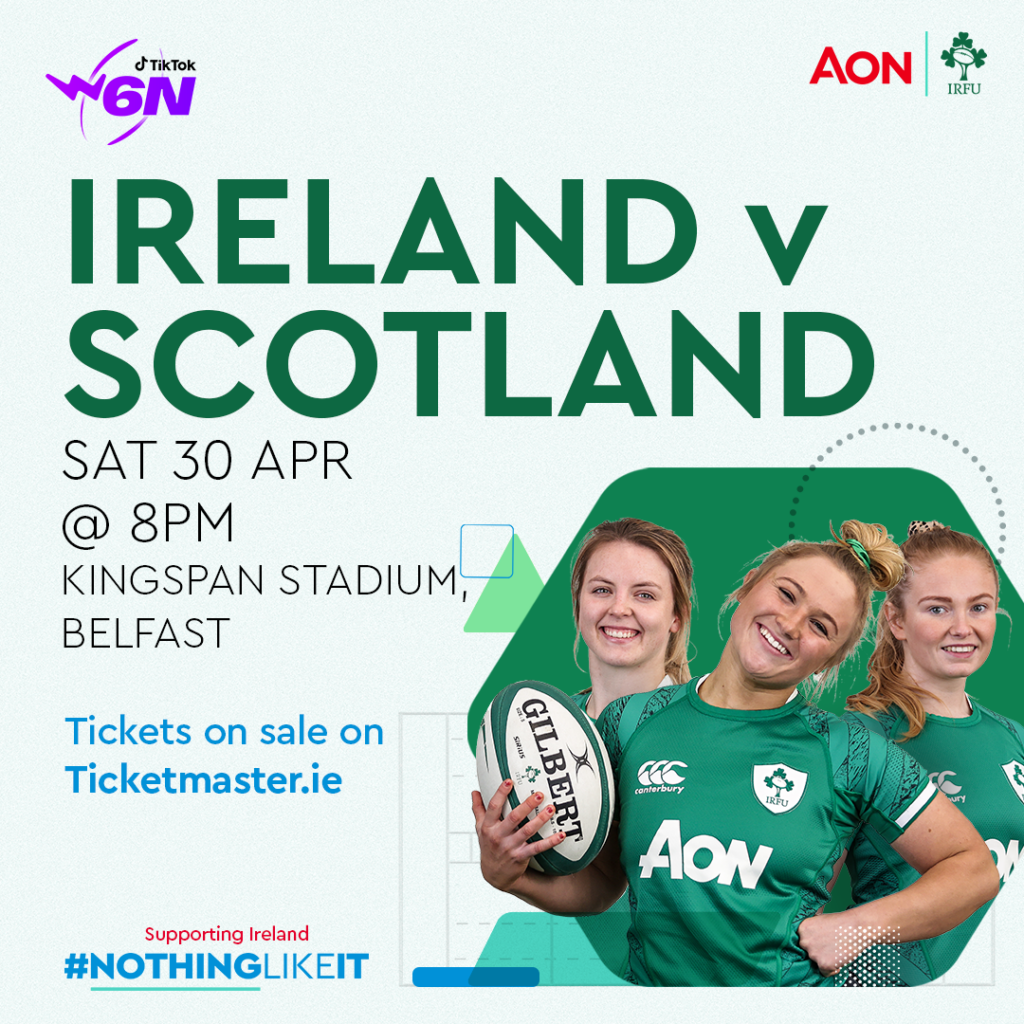 While she has been part of the Ireland set-up for some time now, this year has seen O’Connor achieve a key goal in making her first Six Nations start.

She did so when Ireland hosted Italy at Musgrave Park three weeks ago, featuring at the base of the Irish scrum alongside flankers Dorothy Wall and Edel McMahon.

She had played 67 minutes as a replacement against the same opposition in the previous year’s Championship, but receiving the nod from the word go ensured it was an entirely different experience for the primary school teacher.

It was huge. That’s where you want to be, we’re pushing for places the whole time. That’s the beauty of having the depth that’s in the squad. You’re trying to constantly fight for those spots and get your start.

“I had to be patient with it and the competition in the back row, especially, is fierce and it’s very demanding.

“That’s where you want it to be. I was delighted come Italy when I managed to get my own start. It was a big day for me.”

Having retained her place for last Sunday’s loss to England in Leicester, O’Connor will be making her third successive start in the number 8 jersey in Belfast. 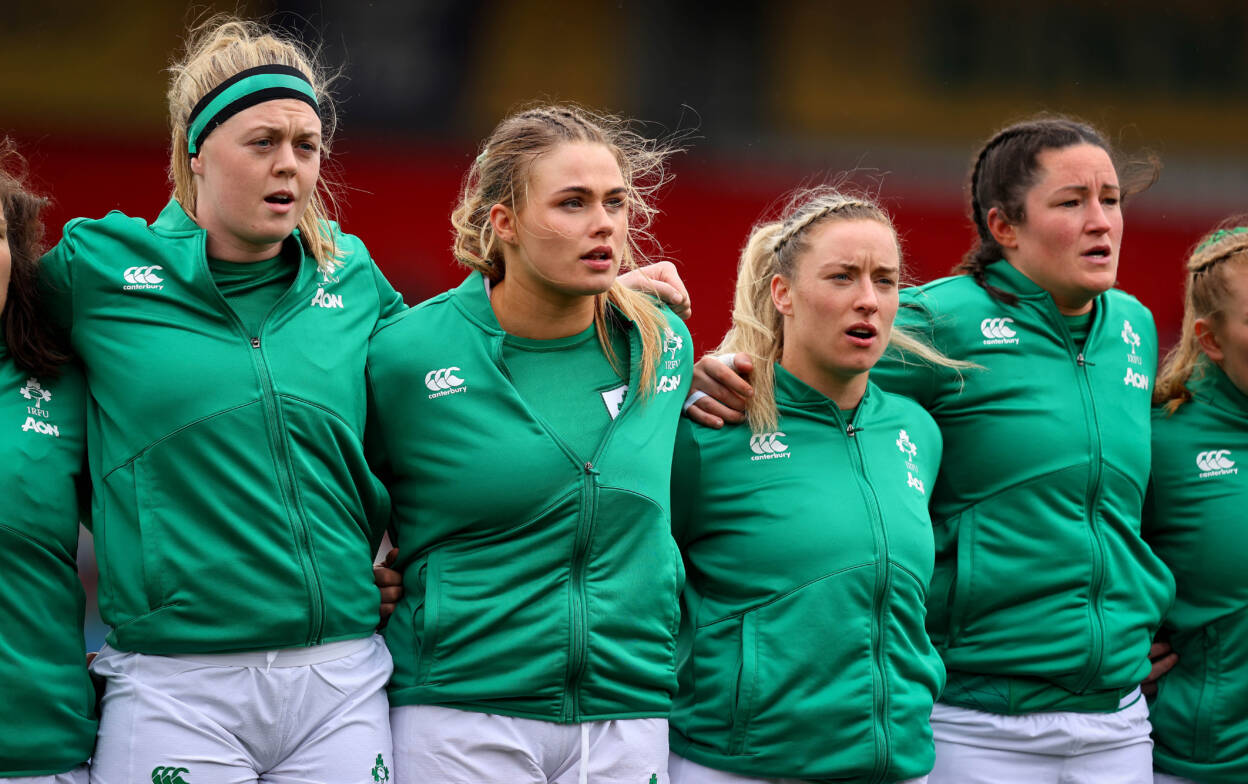 Cohesion is spoken of as one of the most important aspects of modern day rugby and O’Connor feels she has developed this with her back row colleagues in recent weeks.

“I play with Dorothy as well in club in Blackrock. I’m more familiar with her and to get to play with someone of Edel McMahon’s calibre as well is very exciting. I think, as a team, we complement each other well.

“I know Greg (McWilliams) has alluded to it in terms of the camps that we’ve had. We’ve obviously had people coming in and out, and then people getting their chance this weekend.

“The level of cohesion that is there is the same that I’d have with Edel and Dorothy. It’s exciting, they’re a good duo to play with. Two people that certainly pack a punch.

In addition to playing in three different home venues, the Ireland squad have also been setting up camp in a couple of alternative locations. 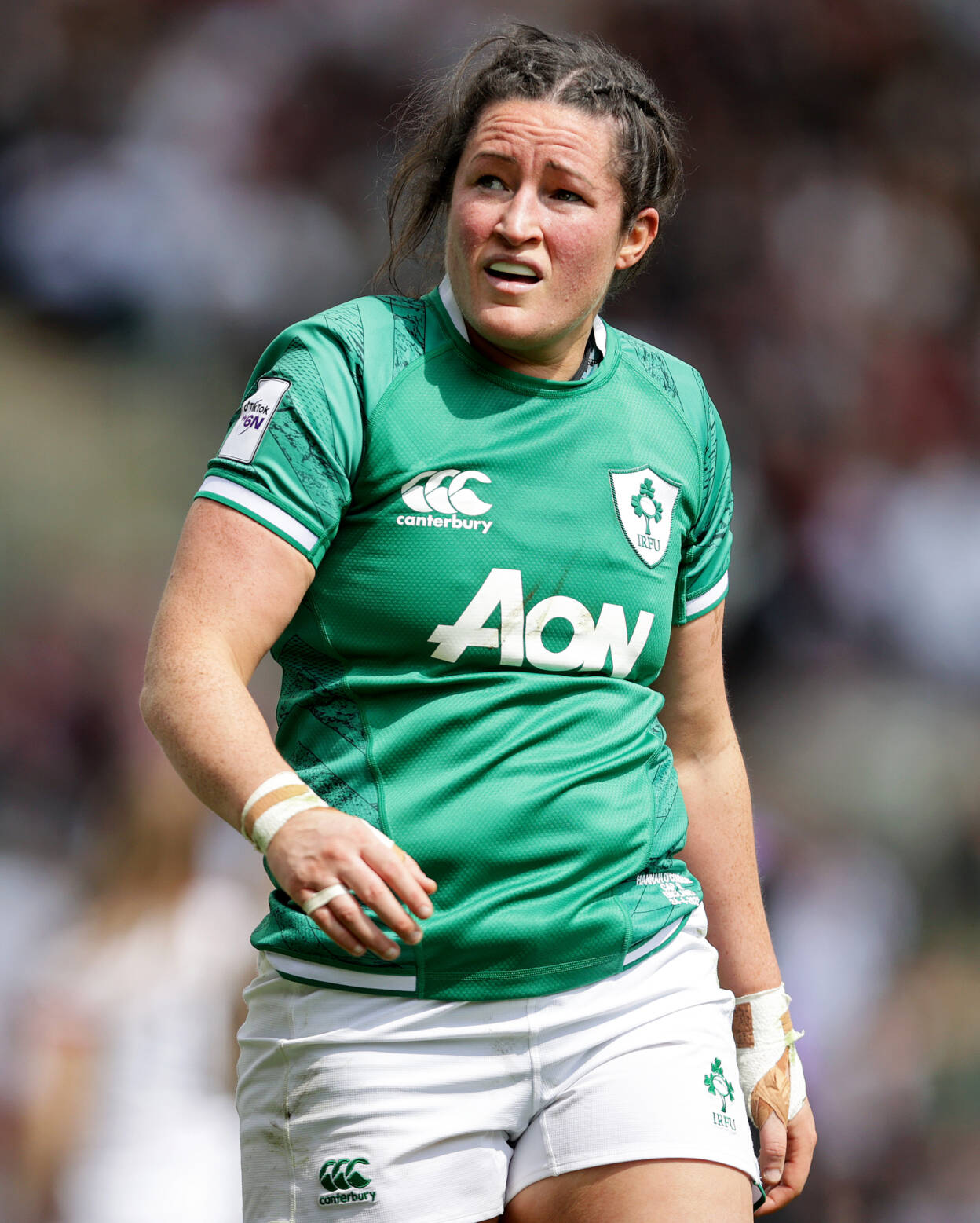 Whereas previously O’Connor and her team-mates solely trained out of the IRFU High Performance Centre in Blanchardstown, they have also been based in Cork and then Belfast this week in the lead-up to their Six Nations clashes.

O’Connor has enjoyed taking the games around three of the provinces, adding: “It’s a change of scene, but you’re still at home. You’ve got that home feeling of a home fixture. Normally we always previously have been based in Dublin and had the same familiarity.

“This is a nice change of scene to freshen things up. It’s great for the girls who are nearer to these areas, that they get to spend time at ‘home’ home for them as well.

“Nearer to their home place and get to show off and have bragging rights for around the locality. They’re definitely milking that as well!”