Queen’s University are 80 minutes away from securing Energia All-Ireland League Division 1B status for the first time in their illustrious history.

Founded in 1869, Queen’s is the oldest continuous rugby club in Ulster and the second oldest in Ireland, behind Division 1A side Dublin University.

Buccaneers visit Dub Lane for Saturday’s eagerly-awaited Division 2A promotion play-off final against table-topping Queen’s. The students’ assistant coach DJ Creighton knows the importance of a victory for the club.

“I’d say to the boys on numerous occasions that they represent some incredible history – Queen’s have produced 22 British & Irish Lions – and we’re aware that there are people that have worn that jersey that are really special,” he said.

“This is an opportunity for our boys to do that. The boys this year, this team can make their own history and add to the legacy of Queen’s.

“But we won’t get caught up in that too much, the beauty of this season has been taking things one step at a time and for us this is another step in our ambition to get into Division 1B.”

Queen’s beat Buccaneers 30-24 at the semi-final stage in Athlone during the 2019 play-offs before coming up short against Navan in the decider. 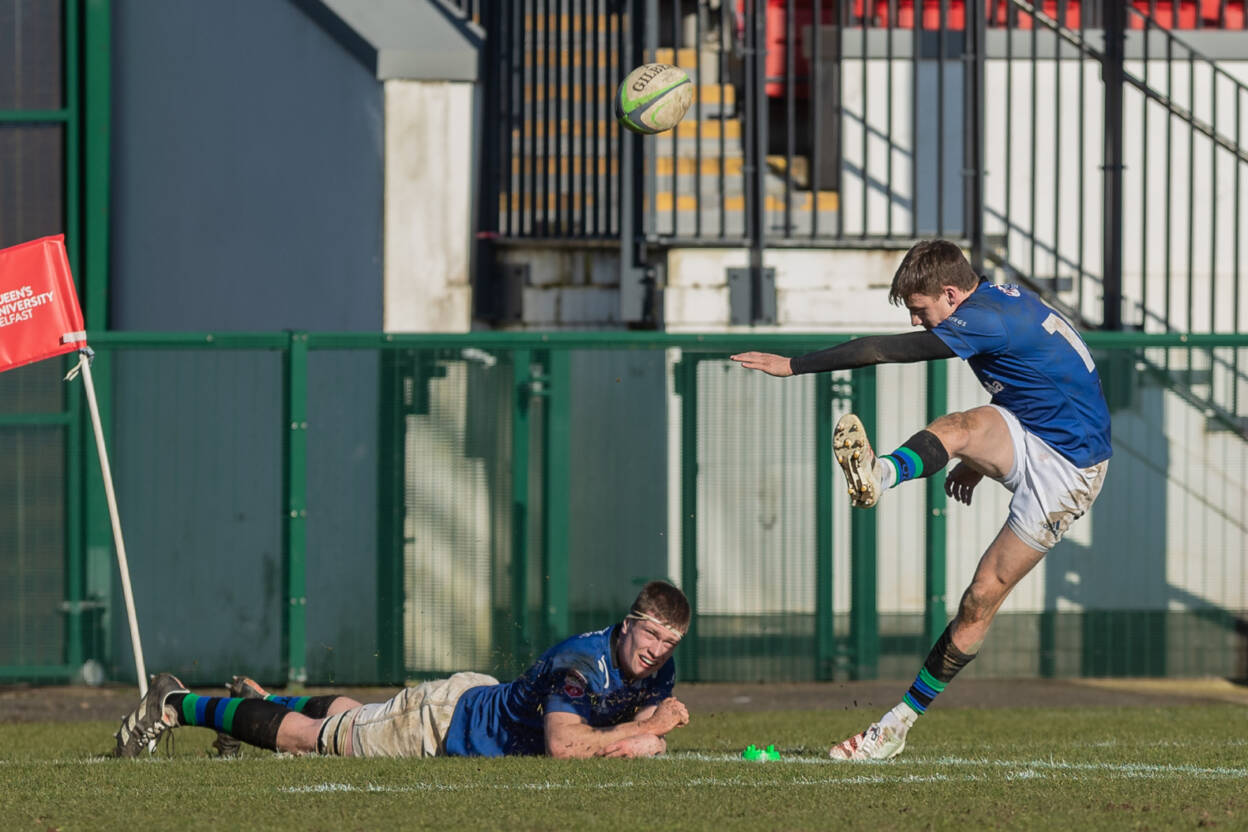 The students completed a home and away league double over Buccs this season, but Creighton knows recent form will count for little on the day as the Pirates have already demonstrated they can go on the road and win after toppling Cashel last week.

It is going to be an incredible difficult game, Buccaneers are a really well renowned side and they have had a brilliant season.

“We won’t be underestimating what Buccaneers will be bringing to the Dub. They are very strong and formidable team and we’ll have to be at our very best if we are going to come out on the right side of the result.

“Any time we play Buccs it is a close fixture and I don’t expect anything different this Saturday. It is going to be really tight but like last week we’ll just focus on ourselves and try not to look too much into them.”

He added: “I really can’t look too hard into the past, this being a one-off game and a final will be a totally different occasion.

“We know full well how difficult it is to travel to Cashel. They did incredibly well but I wasn’t surprised either, I knew that game could go either way and it says a lot of Buccs – they are physical and deal very well with what is put in front of them.

“We have a real challenge this weekend, but we have to make sure our house is in order and we come out on the right side of the result.”

Queen’s, the top points scorers across all five men’s divisions with 672 points, ran in a stunning twelve tries in an 82-14 semi-final demolition of Ballymena at the Dub last Saturday.

“We played really well there is not doubt about it, but that won’t be enough for if anything we’ll have to go a step further this week,” insisted Creighton.

“We were clinical and took our opportunities against Ballymena but I don’t think we’ll get as many opportunities this week as last. It is important to keep the boys grounded and to get out and get the job done.” 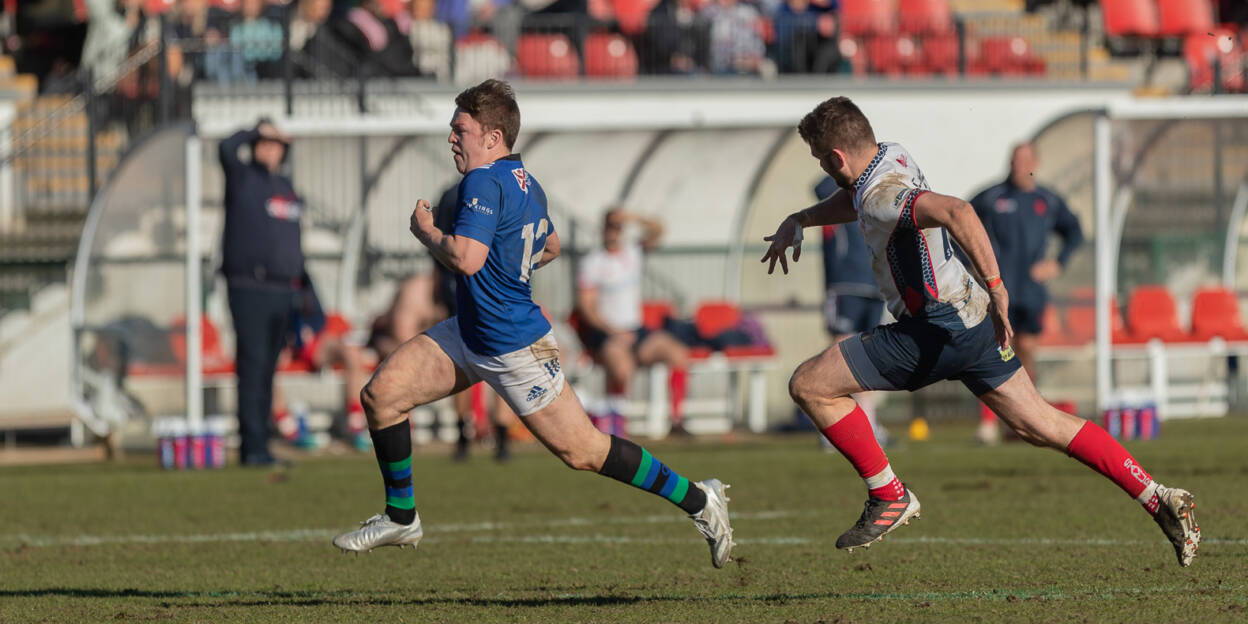 Derek Suffern’s young guns have been ruthless in attack across many of their league games, picking up 14 try-scoring bonus points on the way to topping the table by a clear 14 points.

Queen’s have been a Division 2A club since 2011, winning the old Division 3 the previous year. Brought into the league when it was expanded in 1993/94, they were demoted to the junior ranks in 2000 and it took them two years to return to senior level via the Round Robin series.

Creighton commented: “I have been really fortunate to work at Queen’s for six years and I have been lucky to work with some fantastic players, there is no doubt about it.

“I think what you are starting to see with this team is what we have worked on for a long time starting to come to fruition. It is a special team but no different to any other team.

“All the teams I have worked with have worked incredibly hard, this team has just clicked from day one. We haven’t lost very many players over the past three seasons, and we are at a stage now where the boys have an understanding of the way we are trying to play and that is what helped us.

“A big credit goes to Davy Chambers in his development role. He has been fantastic with recruitment and trying to ensure our seconds have a really good calibre of player that the firsts can call upon if they need them.

“That has been a really big help to us, having guys that can just slot in seamlessly between the first XV and second XV.”

With free-scoring Queen’s firing on all cylinders, nearly anybody in the squad could win the Player of the Year accolade. Creighton has signalled out captain David Whitten for special praise. 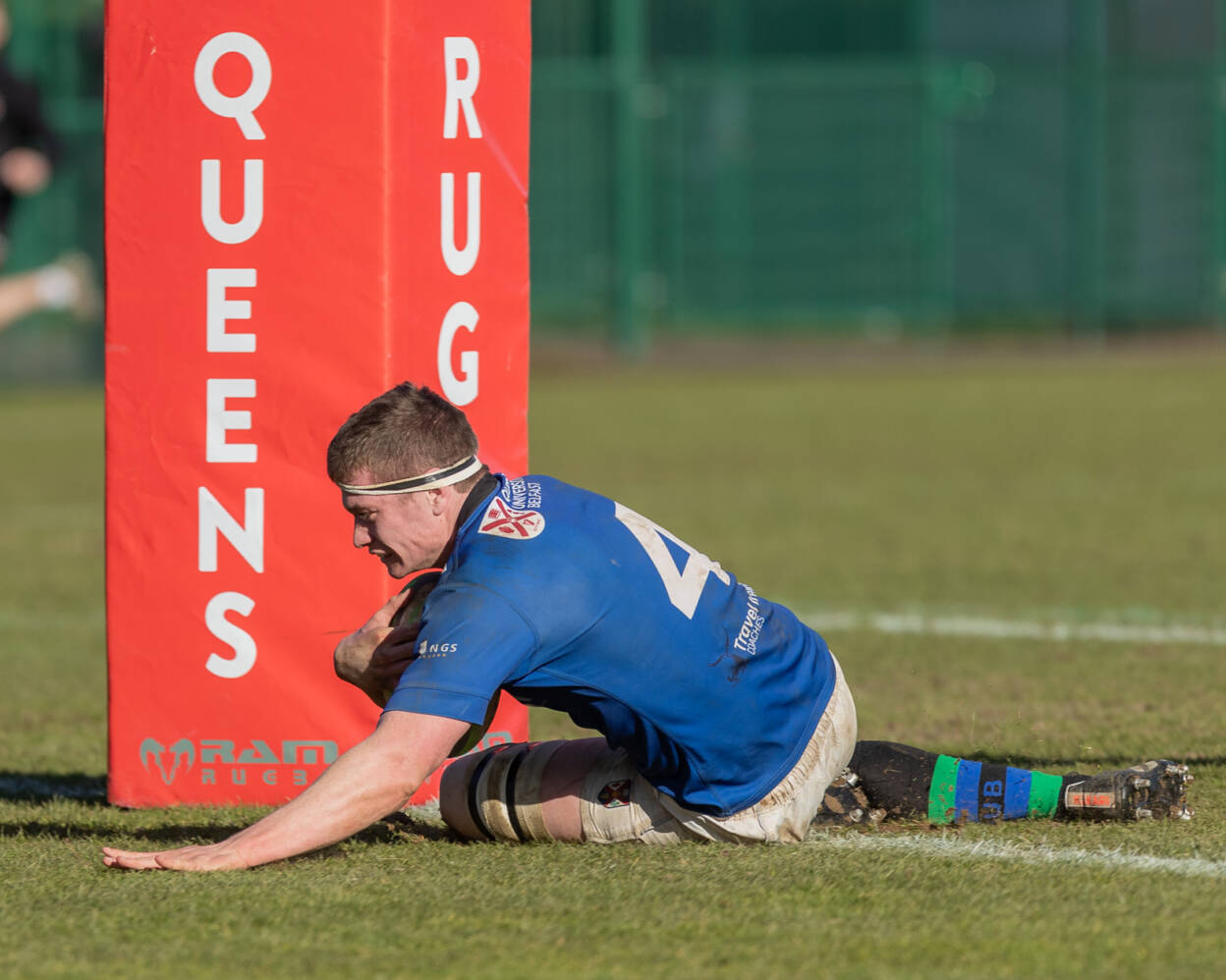 Whitten is the third member of his family to play for the club, old brother Ian helped Exeter Chiefs to a European Cup and English Premiership double after leaving the Dub, while Robert won three Ulster Senior Cups when he graduated and moved to Armagh.

“It has been a really big squad effort to get to this point and the collective is probably the most important thing, I think our defence and attack as a collective have been fantastic.

“I know full well he will have the players in the right mindset come Saturday, David would be right up there with one of the best players I’ve ever worked with.”

The big question for Queen’s is could they cope in a higher division with the current squad? That is a conundrum that Creighton will hope he has to answer after 4pm on Saturday.

“That is the type of thing we’ll sit down and look at when the season is over. We’re really pleased with the players we have at the minute but things change and over time we’d be constantly reviewing that, but at the minute we’d be satisfied,” he concluded.

– Photos from The Front Row Union