The Queen’s University juggernaut rolled on with a commanding semi-final performance against Ballymena, while Buccaneers accounted for Cashel to set up a mouth-watering Division 2A promotion decider.

Queen’s showed the full range of their attacking abilities with a 12-try trouncing of their Ulster rivals. They led 35-0 at half-time and had 63 points on the board before Ballymena could respond.

It was a gallant effort from the Braidmen, who closed out their season with a try from Ireland Under-20 Grand Slam-winning hooker James McCormick. They certainly have the foundations to challenge again next season.

Graham Curtis impressed for the students with a second half hat-trick of tries, while Conor McKee, who ran in a couple of long range scores, Robbie Johnston and full-back Michael Orr all bagged braces.

McCormick’s Ireland U-20 colleague Lorcan McLoughlin, Andrew McGrath and Gary Dillon were the other try scorers for Queen’s, who had six conversions from out-half Ritchie McMaster and five from Ulster Academy out-half James Humphreys. 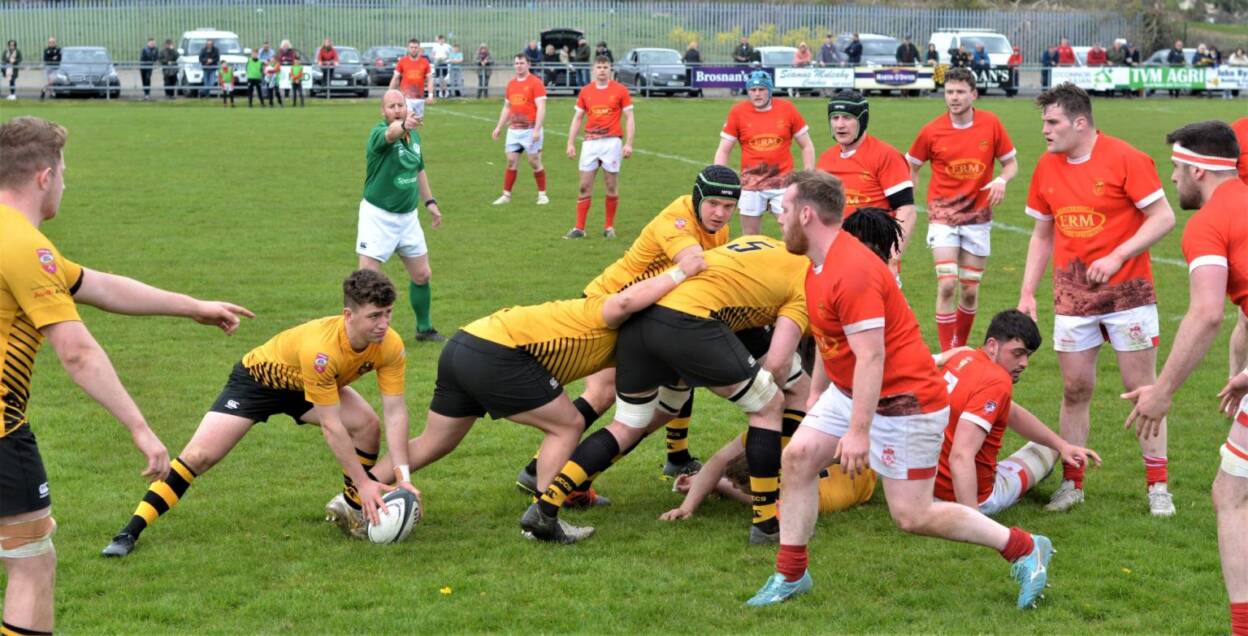 Buccaneers came through a stern test of their promotion credentials to win 25-17 at highly-fancied Cashel. They silenced the Spafield faithful by moving into a 15-0 lead by the 27th minute.

After an early Cian Mullane penalty miss, Cashel fell behind in the 12th minute when Connacht Academy scrum half Will Reilly scampered in at the posts, profiting from an initial break and offload from Oisin McCormack.

Michael Hanley converted and also ended the opening quarter with a well-struck penalty into a tricky wind. Cashel had a decent amount of possession, particularly through their forwards, but could not make a breakthrough.

The Pirates pushed further in front when chipping away from a five-metre scrum and several carries, the ball was then flashed wide to the opposite flank where young winger Saul O’Carroll powered over to make it 15-0.

The Tipperary side responded on the stroke of half-time, a sustained attacking spell ended with prop Brendan Ryan touching down. Mullane missed the conversion, but Buccs were down to 14 men due to Ruaidhri Fallon’s tip tackle.

Buccs repeated their strong start from the first half, taking a 22-5 lead by the 50-minute mark. Hanley missed a penalty before number 8 Ciaran Booth used quick lineout ball to break a tackle and storm clear for a fantastic 40-metre run-in.

Suddenly Cashel’s tails were up and the home support raised the decibel level. Crucially, Buccs number 10 Hanley slotted over a cracking penalty in the 70th minute, putting eight points between the sides.

That is how it stayed with Buccs, despite losing replacement Darren Browne to the sin bin, deservedly seeing out the victory. Their defence was generally rock solid and their back-line proving the more potent unit. 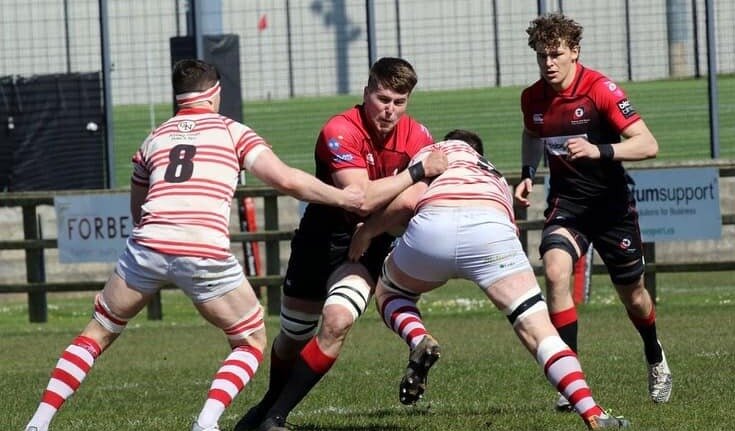 It is all-square in the division’s relegation play-off, Rainey Old Boys recovering from a shaky start at Hatrick Park to draw 17-all with Nenagh Ormond. The tie hinges on next Saturday’s return fixture.

Nenagh full-back Fionn McGibney was off target with a place-kick soon after, into the elements, but they edged ahead when Nicky Irwin gathered Derek Corcoran’s grubber kick and brilliantly turned the cover defence inside out for the opening try.

With McGibney receiving attention, Conor McMahon took over the kicking and duly converted. Rainey leaked a second seven-pointer when John O’Flaherty attacked off a scrum and fed influential centre Willie Coffey for a typically strong finish.

Trailing 14-0 at the break, Rainey regrouped and they dominated in the air in the second half, hoovering up their own lineout and causing havoc on Nenagh ball.

Within 10 minutes of the restart, Ian McKinley’s charges had cut the gap to just four points. McLean landed a penalty and converted a well-taken try from back rower Connor Smyth. 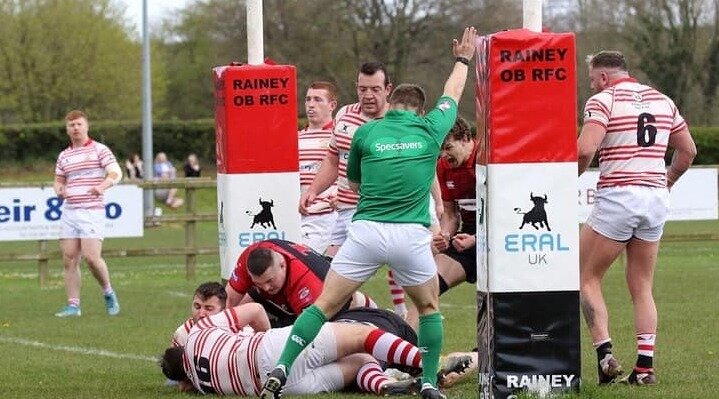 Scrum half Irwin made a timely break in the 65th minute, the Rainey defence coughing up a penalty which centre McMahon turned into three points with a fine kick.

Both defences were holding firm during the closing stages, Nenagh weathering the storm with turnovers from David Gleeson and Patrick Scully, yet Rainey managed to get a crucial decision of their own at the breakdown.

The penalty put them just metres from the whitewash, and with Nenagh captain O’Flaherty then sin-binned for an illegal sack of a maul, the strong-carrying Smyth completed his brace. McLean levelled with the boot.