Naas provided arguably the shock result of the round when they beat promotion favourites Old Wesley 37-36 in an epic Energia All-Ireland League Division 1B play-off semi-final last Saturday.

The Naas squad’s attention now turns to a winner-takes-all promotion showdown with Shannon in Coonagh on Saturday (kick-off 2.30pm). This is the first time the Kildare club have ever made it to a Division 1B final.

Ahead of the decider in Limerick, we spoke to Naas head coach Johne Murphy who is relishing the opportunity but mindful that they will have to go up another level if they are to beat an in-form Shannon.

“We’re the furthest we’ve ever been which is a fantastic achievement in itself,” he said. “But we’re realistic in that we know what challenge awaits us. We’ll go down there and we’ll put in a good performance and let’s see how it goes.”

Not many people would have predicted that they would have knocked out table toppers Wesley who only lost twice during the regular season. Yet, Murphy’s men had a clear game-plan which they executed early on, scoring in the opening couple of minutes off a well-worked power play.

The former Leicester Tigers and Munster back highlighted some key moments in the second half which he believes helped to swing momentum in their favour.

“Craig (Ronaldson) kicked a 50:22 off an exit which gave us a real foothold in their half when we put them under plenty of pressure. Our 9, Tim Murphy, also scored an opportunistic try at a time when everything was a bit frantic – that really settled us.” 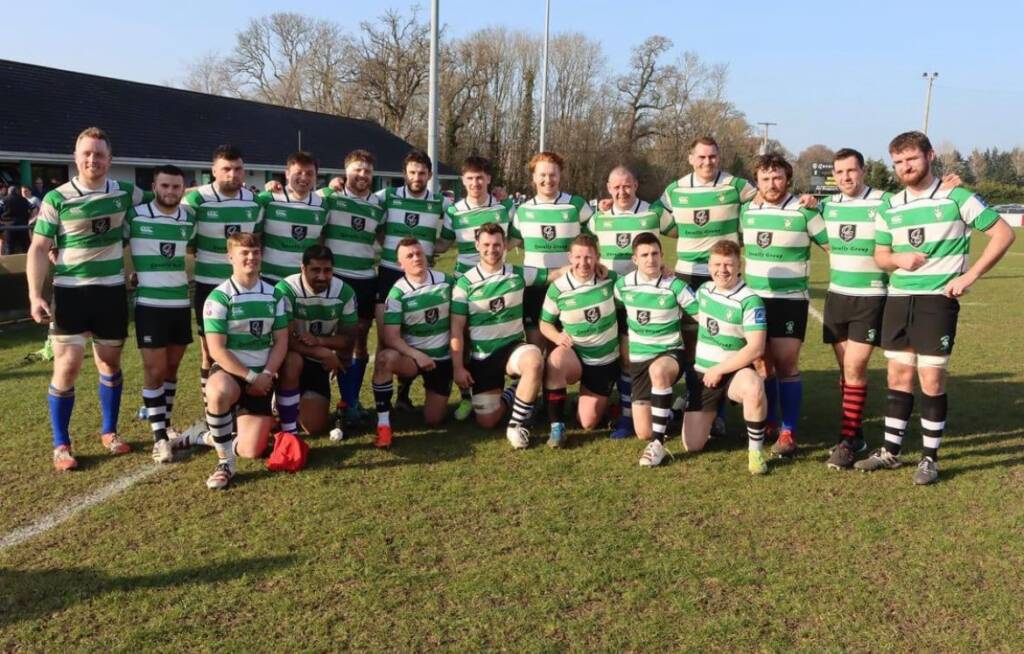 Previously player-coach at the club, Murphy returned as head coach at Forenaughts at the start of the 2020/21 season. Due to many Covid-19 disruptions there was not much rugby played, however they did get some positive results in the Energia Community Series.

The 37-year-old, who enjoyed Leinster Schools Senior Cup success with Newbridge College in 2020, acknowledges that he is a tough taskmaster but he praised the Naas players for buying into what he has brought in.

Speaking about the squad’s strong local roots, he explained: “They’re really driving that deep-rooted community thing of where we are from and that’s something during some of the tough results in the season of which we’ve really grasped a hold of.

“I think it’s given us a great belief in staying connected. Semi-finals and finals can bring you to some tough dark places, so that connection can really help.” 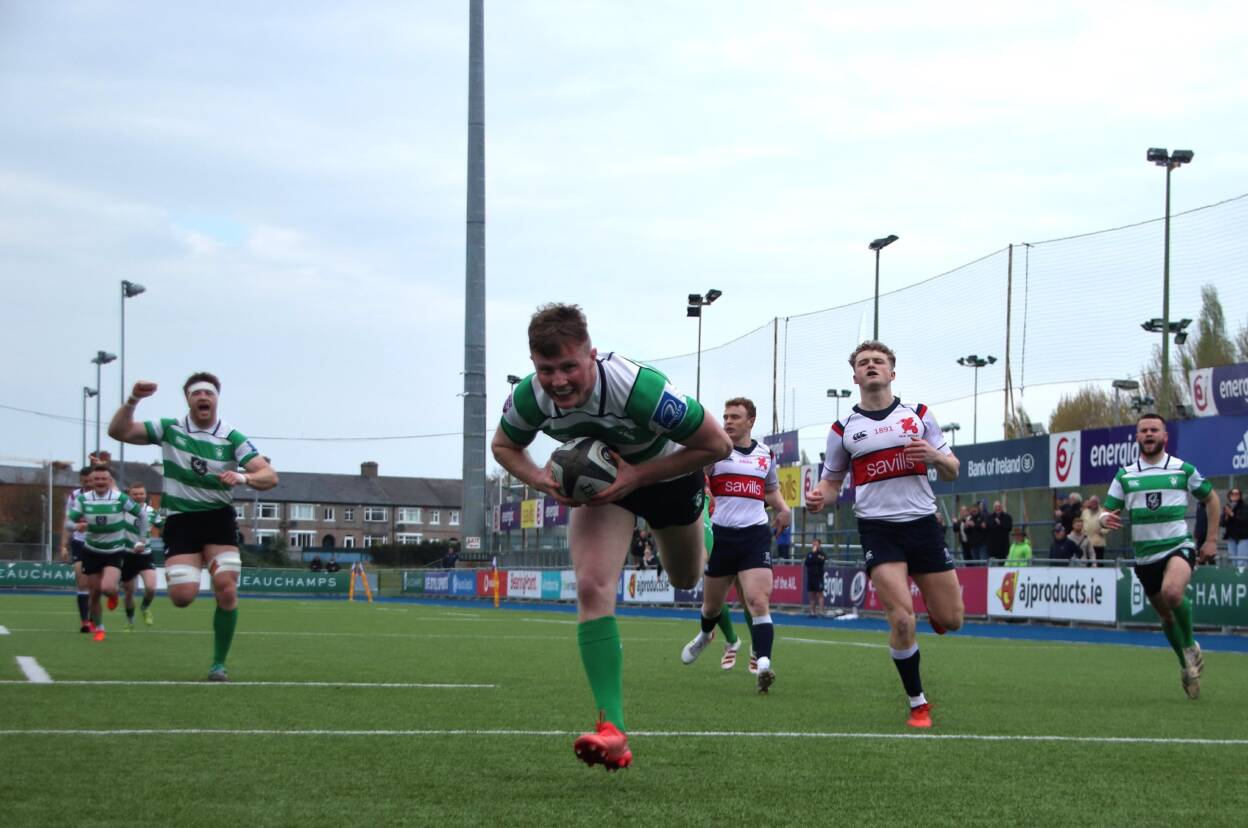 The Naas squad has a really nice blend of both young and experienced players. The likes of Donal Conroy, Sam Cahill and Connor Halpenny, to name a few, all came from that standout Newbridge College side, meaning there was no fear in them hitting the ground running at senior level.

“Some of the older guys like Paul Monahan, Bryan Croke and Peter Osborne have really driven it on. It’s like when you’ve got a young dog and an older dog at home, it kind of rejuvenates everyone and pushes people forward.”

Their goal-kicking captain Osborne has been a pivotal player again this season, scoring an incredible 219 points so far. He has been a standard bearer of the team for a decade and epitomises those deep community roots that are installed in the club’s fabric.

“It’s great to have somebody like Ozzy that you know when he’s standing over a ball that there is a 90-plus percent chance it’s going over. He’s been a great points driver and standards driver on and off the pitch for us.”

Former Connacht back Ronaldson, an AIL winner with Lansdowne, has been a welcome addition to the squad since returning to his home club.

The 32-year-old centre/out-half, who is enjoying his first full season as Naas’ player-backs coach, has had his problems with injury during the current campaign. Nonetheless, he put in a massive performance last time out against Wesley.

According to his head coach, he has had ‘a really calming influence’ on the team whilst on the pitch. “Craig’s been there and done that in both the AIL and the pro game,” he noted.

Murphy played a couple of club games for Young Munster while he was a Munster player. He knows a good deal about Shannon from his time as a player and a coach.

Now coached by Pat O’Connor, Shannon are the most decorated team in All-Ireland League history. They have won the top flight title a record nine times, most recently in 2009.

They are well renowned for the powerful and physical forwards that they have produced over the years along with their always well-drilled set piece. Back rowers Kelvin Brown and Lee Nicholas, the captain, have been instrumental for them this season.

Currently on a winning run of seven matches, they are a team that seems to have the right balance as we should not underestimate the ability of their back-line either, a point echoed by Murphy.

“Their back-three players are electric. They’ve got a good balance in their centres and if Jake Flannery plays, he’s one of the best, if not the best up-and-coming 10s in the country.”

Naas have been on the right side of the result the two times they played Shannon this season. They beat them 35-29 in Limerick and 38-29 at Forenaughts later in the season. Murphy is not paying much heed to those results.

“I don’t think there’s going to be a whole lot in it to be honest,” he added. “It’s going to be very difficult down there in Coonagh, but I have the belief that my lads can do it.”