Stacey Flood is pictured with her Ireland team-mates Eve Higgins and Amee-Leigh Murphy Crowe, wearing the new Ireland jerseys which are on sale now from Elverys.ie, in store and on Canterbury.com ©INPHO/Dan Sheridan

Following the disappointment of missing out on Rugby World Cup qualification, Ireland Women’s star Stacey Flood is glad to be making a quick return to international duty next month.

Tickets for the Ireland Women’s November games are on sale now! Buy your ticket(s) here from Ticketmaster.

Owing to their third place finish at the recent Europe Qualifier tournament in Parma, Ireland fell short of securing a spot at next year’s World Cup in New Zealand.

As frustrating as this was for Flood and the Ciara Griffin-led Ireland squad, upcoming Tests against the USA (November 12) and Japan (November 20) offer them an immediate opportunity to build for the future.

“It’s going to be good to get back out on the field and try to right some of the things we did wrong. I think that’s a big thing,” admitted Flood.

“Obviously it’ll be great once the group gets back together and talks through things. The Novembers for me, it’s not no-risk rugby, so there’s no harm in trying new things. Seeing what else we’re capable of and getting a performance.

“I think that’s one of the hardest things, not fully reaching your potential on the field and showing people what we can do and are capable of. So I look forward to doing that in November.”

The forthcoming game with the USA, in little over two weeks’ time, is set to be an historic one as it will see a Women’s rugby international being played at the RDS for the very first time.

Whereas home November Tests have been based in the nearby venues of Energia Park in Donnybrook and the UCD Bowl up to this point, Ireland will now enjoy a maiden run-out at the regular stomping ground of the Leinster Men’s team.

Given it can hold a crowd of 18,500 on match days – and outdoor sporting events have been restored to full capacity following a further easing of restrictions last week – there is every chance the current record of 6,047 for a standalone Women’s international on these shores could be broken. 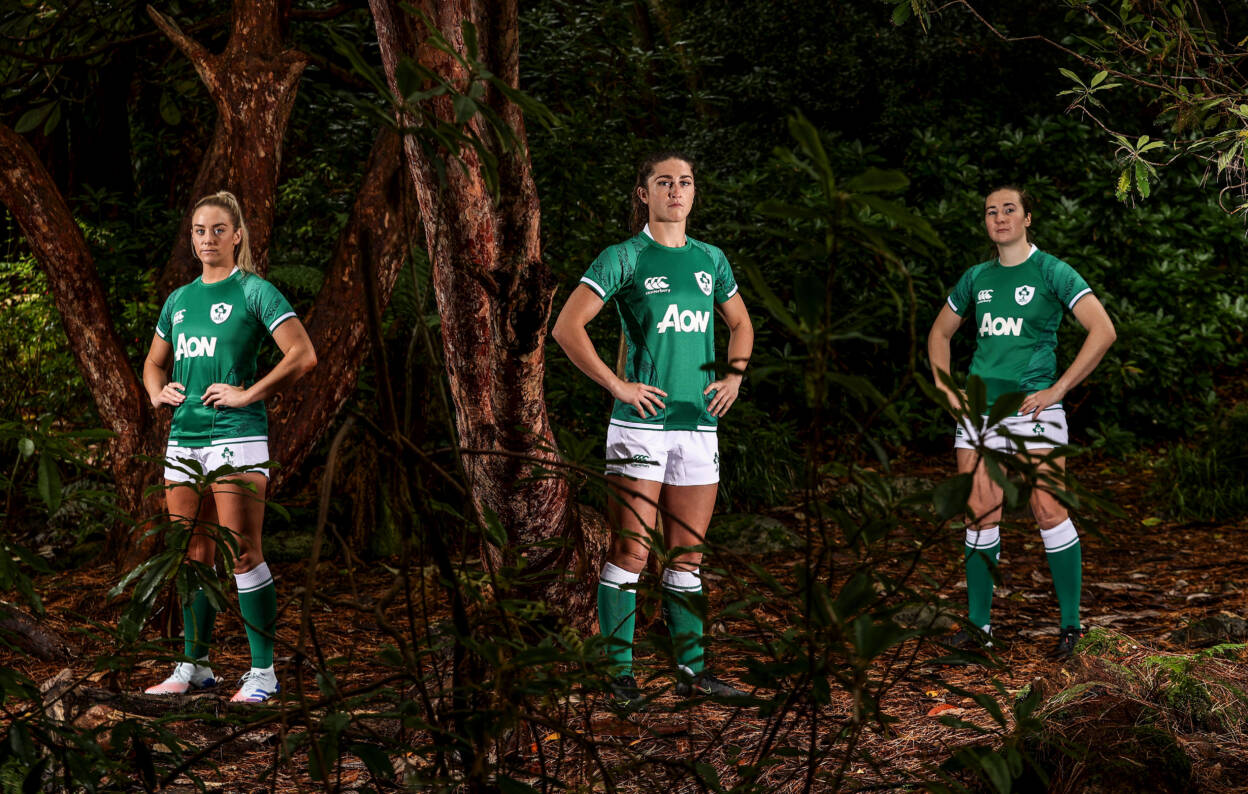 That figure was reached in a Six Nations clash against France at Energia Park in March 2019. When les Bleues made their belated return to Donnybrook last April in a revamped Championship, Flood appeared off the bench for her home Ireland 15s debut.

However, with the country still battling the spread of Covid-19 at the time, the France game – and a the following week’s clash between Ireland and Italy – took place behind closed doors.

Because the remainder of her six caps to date have been on away soil, Flood is yet to experience the power of a home crowd from a playing perspective. This is something she will cherish during this this international window.

Last year the Six Nations was pretty tough not having a crowd. No Women’s team has played in the RDS, so this will be a first which is great. The bigger the crowd, the better.

“There’s nothing like an Irish home crowd, so really looking forward to that and hopefully we do get good numbers and support behind us.”

A native of Ringsend on Dublin’s southside, Flood was speaking yesterday at the unveiling of Ireland’s new jersey for the 2021/22 season. This event took place a short while after Flood was included in a 33-player squad for the autumn Tests.

While six uncapped players are rewarded for their recent performances for club and province, there is still a considerable amount of experience to be found across the panel.

Most of the players who featured in last month’s World Cup qualifying tournament have made a quick return, the retired Claire Molloy and injured Dorothy Wall being notable exceptions. 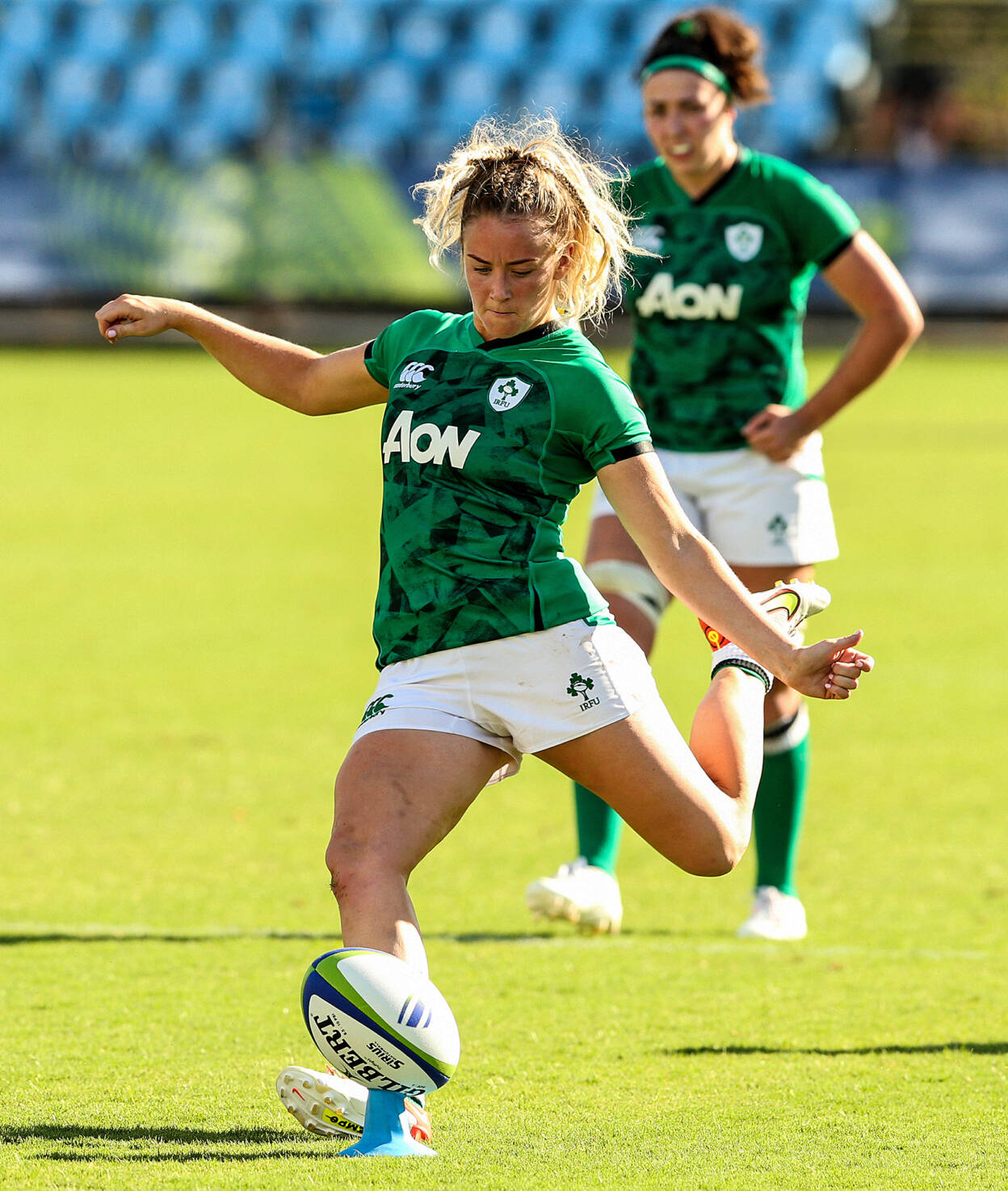 Flood agrees it is important that some of the more senior members of the set-up will be involved in their closing games of the calendar year, which she hopes can be a springboard for a prosperous 2022.

“There are obviously games and fixtures coming up and to have those players there is hugely beneficial to everyone. They really drive from the front, especially in training. They teach other players like myself, it’s so invaluable.

“It’s so good and to have a few new caps coming in is brilliant because they can learn from the senior players and hopefully they can build in and come into the squad seamlessly.

“It’s really good that the girls stay on because I’d say they want to stay on and not finish on how it would have finished. Hopefully we can get a few results and find our feet again and put Irish Women’s rugby in a better place.”

Aside from the RDS factor, next month’s games will also mark the end of Adam Griggs’ tenure as Ireland Women’s head coach. 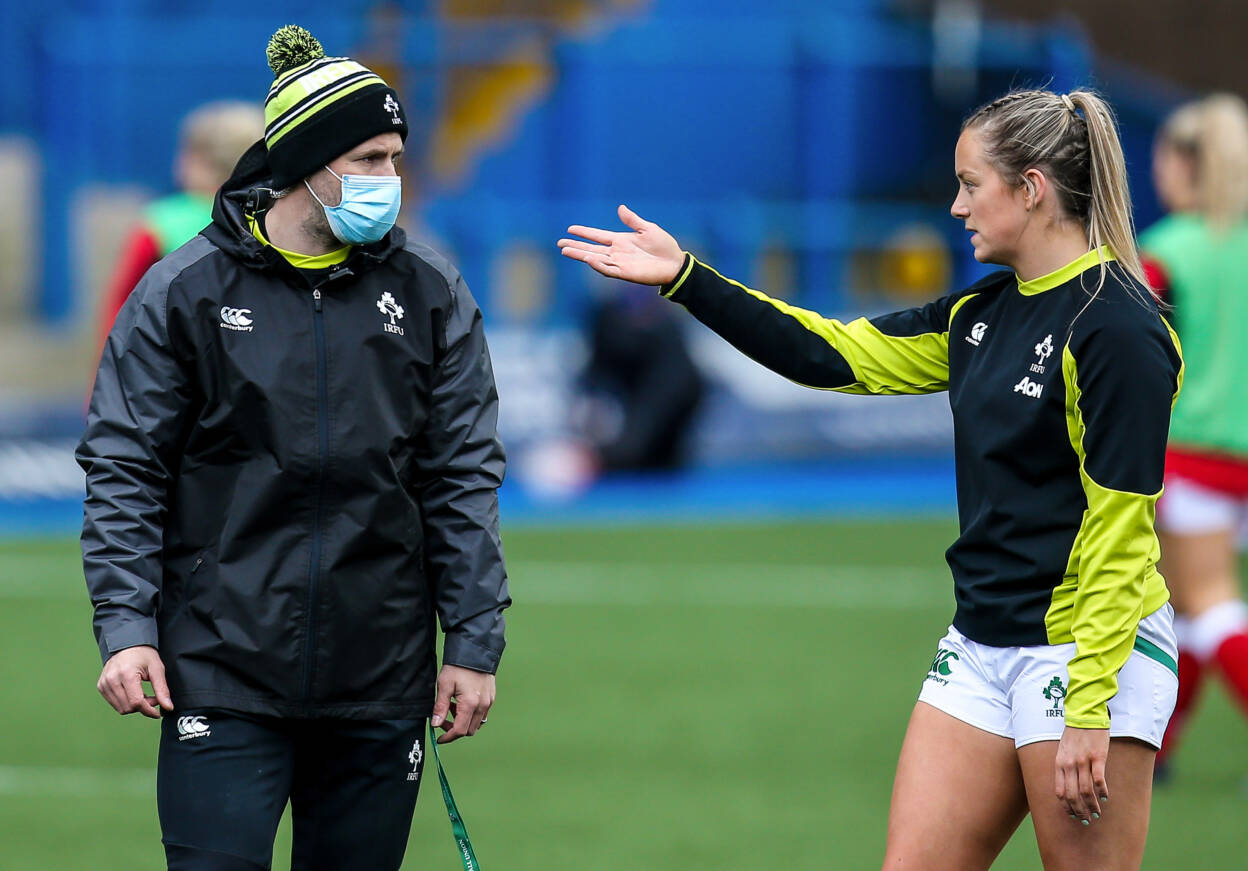 Following the match against Japan, the New Zealander will hand over the reins to Greg McWilliams and move into a new position as an IRFU provincial talent coach for Leinster.

Before embarking on a memorable Stateside journey that brought him to Yale University, the USA Eagles and Rugby United New York, McWilliams was Ireland Women’s assistant coach, helping the side to secure a Grand Slam in 2013 as well as a fourth place finish at the 2014 World Cup.

Having worked closely with Griggs across the Sevens and 15s set-ups in recent years, Flood added:

Griggsy has been great with us, especially with me. He’s given me my first start at (number) 10 and given me the opportunity to play, so I really thank him for that.

“Hopefully we can send Griggsy off on a high and some of our other management team as well.

“I’ve never worked with him (McWilliams) before, but obviously he’s been involved in previous World Cups and the girls have performed well at them.

“I know he’s very tactically minded – so I’ve heard anyway – and his rugby CV is quite extensive which is really good.

“It’s a positive that he’s worked with women before, so that’s an added bonus. Hopefully he can add another notch to our belt and I’m looking forward to working with him. I’ve only heard good things.”