A 33-player Ireland Women’s squad has been named for the upcoming autumn Tests against the USA and Japan at the RDS.

Head coach Adam Griggs has included six uncapped players in his panel, rewarding a number of young players who have performed impressively for their provinces during the recent Vodafone Women’s Interprovincial Championship and in the opening weeks of the Energia Women’s All-Ireland Leagueseason.

Leinster’s Mary Healy and Ella Roberts, Munster duo Maeve Og O’Leary and Alana McInerney and Connacht’s Grace Browne Moran and Shannon Touhey are all named in the extended squad ahead of the tests against the USA on Friday, November 12 (kick-off 7.15pm), and Japan on Saturday, November 20 (kick-off 3pm).

Ciara Griffin will once again captain Ireland for the back-to-back autumn Tests at the RDS, with tickets now available for both games via Ticketmaster.ie.

The Friday night clash with the US Eagles – set to be the first Women’s international played at the RDS – will be live on the RTÉ Player, while the visit of Japan to Dublin will be broadcast on RTÉ 2.

Commenting ahead of the games, Griffin said: “We’re looking forward to two Test matches on home soil this November, and we’re excited about the opportunity to play in front of our supporters again.

“A Friday night game under the lights promises to be a special occasion, and we hope to see as many of our supporters as possible at the RDS.” 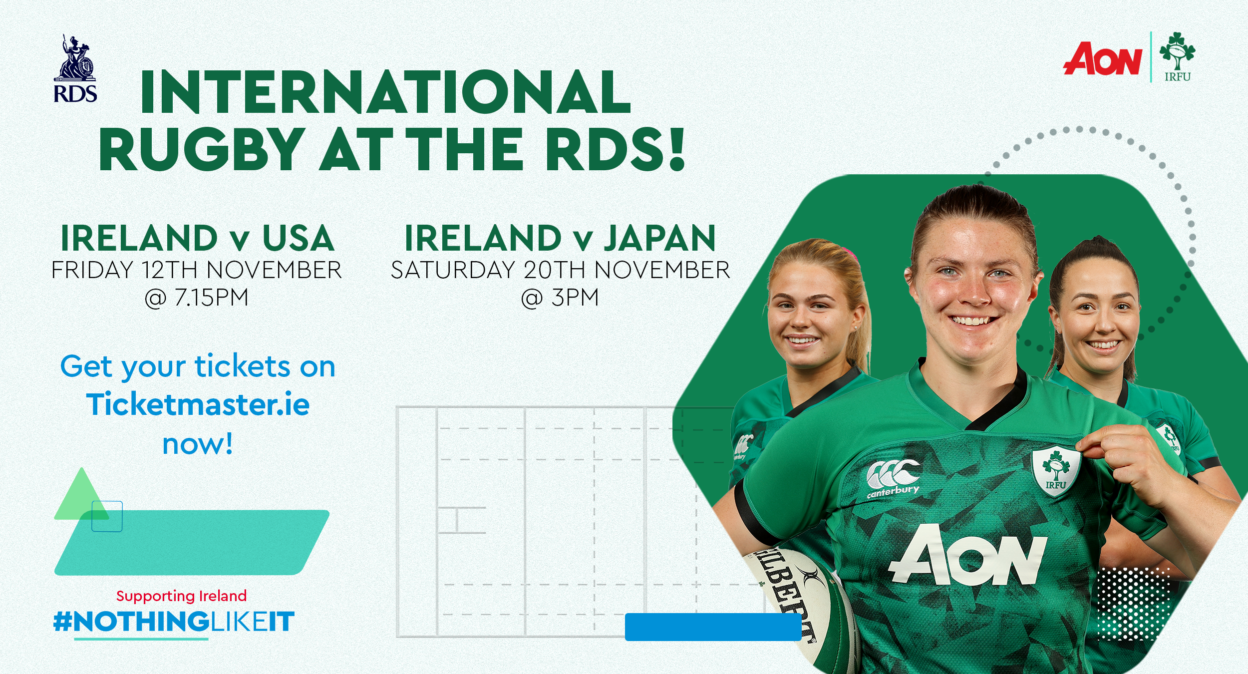