Pictured at the launch of the new Ireland jerseys which are on sale now from Elverys.ie, in store and on Canterbury.com, are Ronan Kelleher, Caelan Doris and James Ryan ©INPHO/Dan Sheridan

Having been put through the wringer by the same opposition a little under four months ago, Caelan Doris is expecting another tough challenge when Ireland face Japan on Saturday week.

Making his first international appearance of 2021, Doris helped Andy Farrell’s men to register an exciting 39-31 victory over the Japanese back in early July.

This gave them a small bit of revenge for the disappointing defeat the Brave Blossoms inflicted on Ireland in the pool stages of the 2019 Rugby World Cup.

Doris watched the latter game from afar as a Leinster player, but witnessed first hand what Japan can bring to the table when they came to Dublin for that summer clash.

While Jamie Joseph’s side caused them a lot of problems, the Mayo man felt Ireland eventually came to terms with their attacking game and is confident they can do so again in next week’s Autumn Nations Series opener.

“I think we back our fitness in Ireland. I think we’re very well conditioned. They (Japan) played at a very high tempo. They’ve got some very strong carriers, particularly in their back row,” acknowledged Doris.

“They obviously keep the ball alive quite a bit with offloading. They play two-sided. They obviously caught us down the blindside a few times with some breakaway tries.

“I think in general we were quite happy, for large parts anyway, with how we defended. We definitely had some good D-sets.

“It was breakaway tries, which they’re obviously capable of producing, something out of nothing. It’s probably just being consistent in an 80-minute defensive performance.” 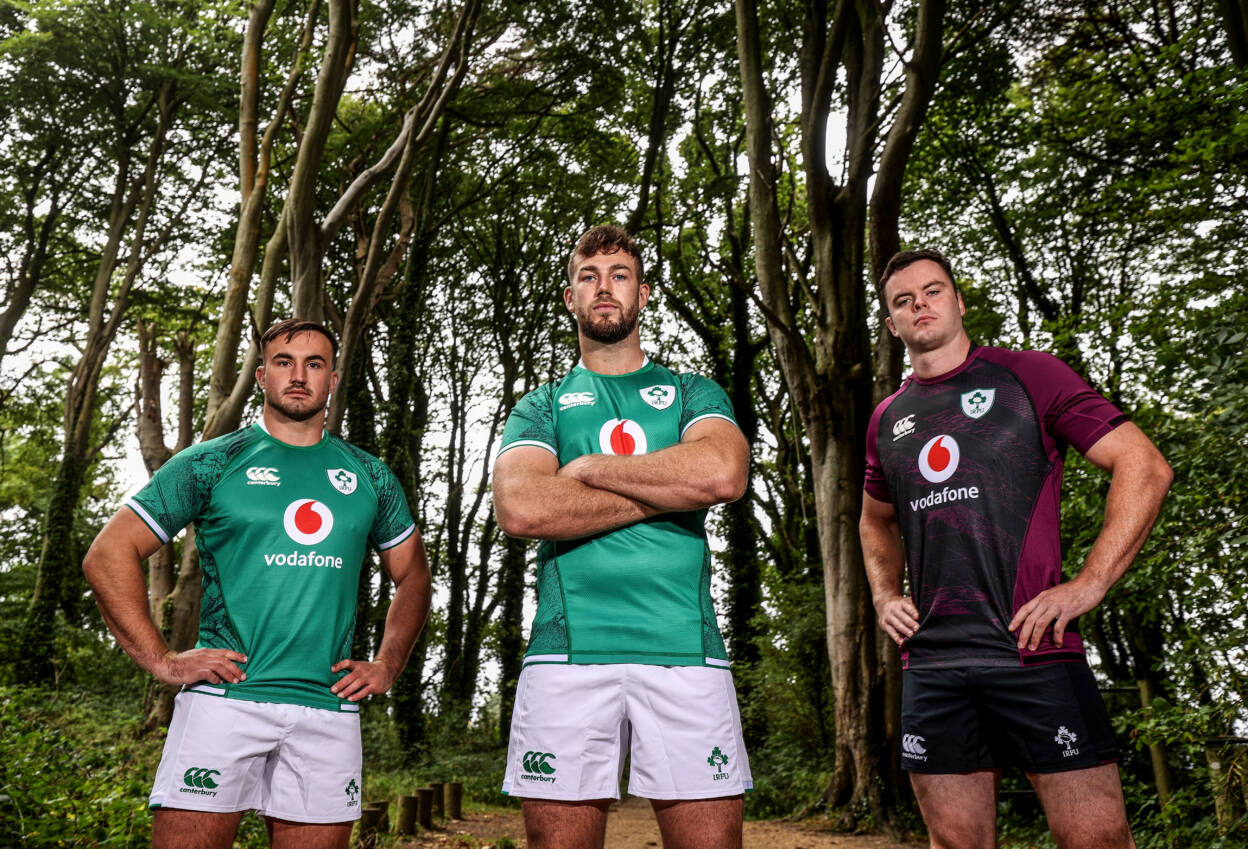 After missing out on this year’s Guinness Six Nations due to a concussion-related issue, which required him to see a specialist in Birmingham, Doris’ return to the international scene was a welcome boost for both himself and head coach Farrell.

As luck would have it, his re-emergence in an Ireland jersey coincided with a relaxation of restrictions in regards to spectators attending outdoor sporting events.

This meant those nearest and dearest to Doris were there to greet him after the Japanese game and following the subsequent visit of the USA to the Aviva Stadium a week later.

“I was absolutely delighted to be back. It was a weird and uncertain period in a way, when I first left from the Six Nations. I didn’t exactly know how long I was going to be gone for.

“I was grateful for how well I was looked after and how comprehensively I got checked out. We were in constant communication with the specialist over in Birmingham to see how long it might be before I was back.

“I did a graduated return-to-contact, so we were gauging off that, but erred on the side of caution in a way. Gave myself a bit more time based off his advice.

Obviously massively disappointing to miss the whole Six Nations and some big games with Leinster after that. But it was such a good feeling coming back into camp for the summer.

“Putting a green jersey on again, it was a great feeling being back. I know it was only 6,000 back in the Aviva, but that was great as well.

“Having my parents, family and my girlfriend there. I look back on it with pretty fond memories.”

Just a few days out from Ireland’s Six Nations first round match against Wales in Cardiff on February 7, Doris was ruled out of contention after he had flagged possible concussion symptoms to the IRFU’s medical team. 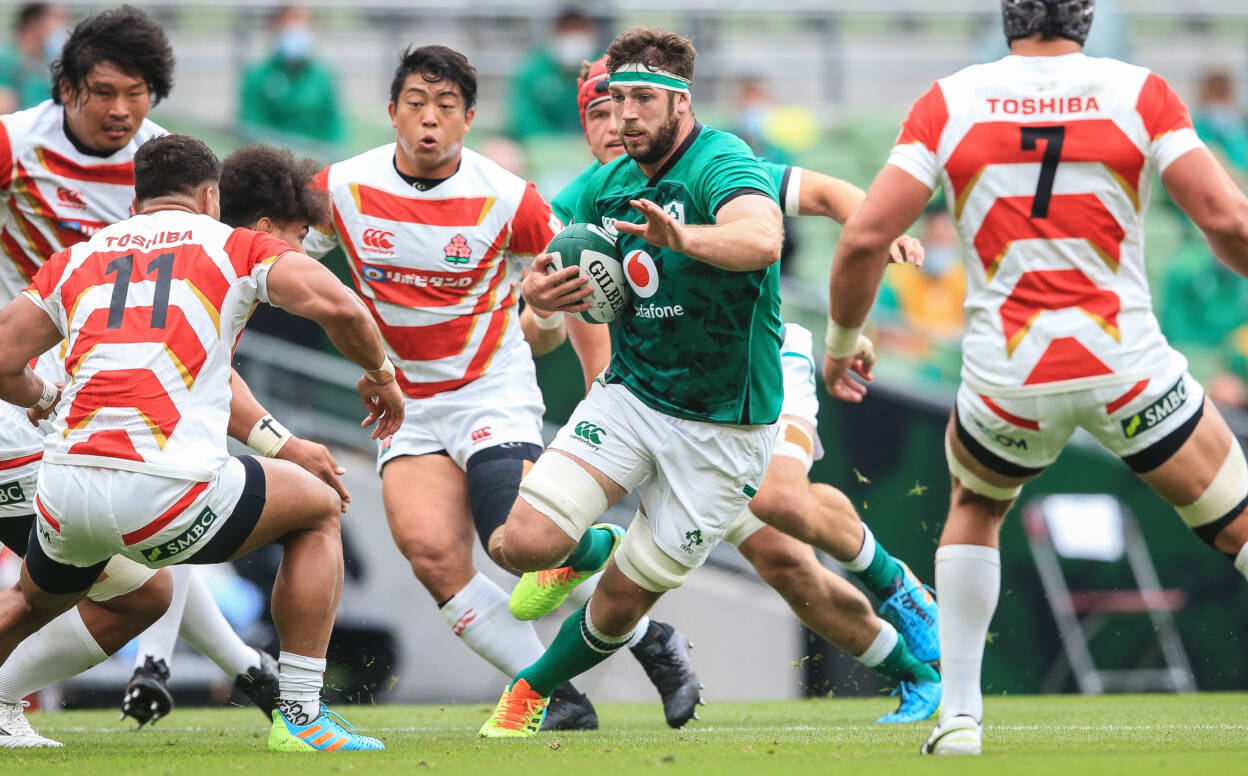 The 23-year-old admits this was not a decision he took lightly, explaining: “I’d obviously had two quite bad knocks. One against Treviso on my first European start and then one against Scotland on my international debut as well.

“Then I got another couple of more minor knocks. One just the week before the Six Nations against Ulster, which was when we were already in camp. It was a training game against Ulster.

“That was the key one in making the decision to step back and get fully checked out. I had been a little bit worried about some symptoms at that stage.

“The medical staff were very accommodating in getting me seen by the best people. I got the full battery of tests. Everything from cognitive to balance to brain scans. Bloods, everything.

“I’m pretty happy where I am now and I’ve always got those base lines to look back to as well if there’s worries again in the future. I’m glad I did it. Definitely a tough decision at the time, but grateful I did it and grateful I’m able to play again now.” 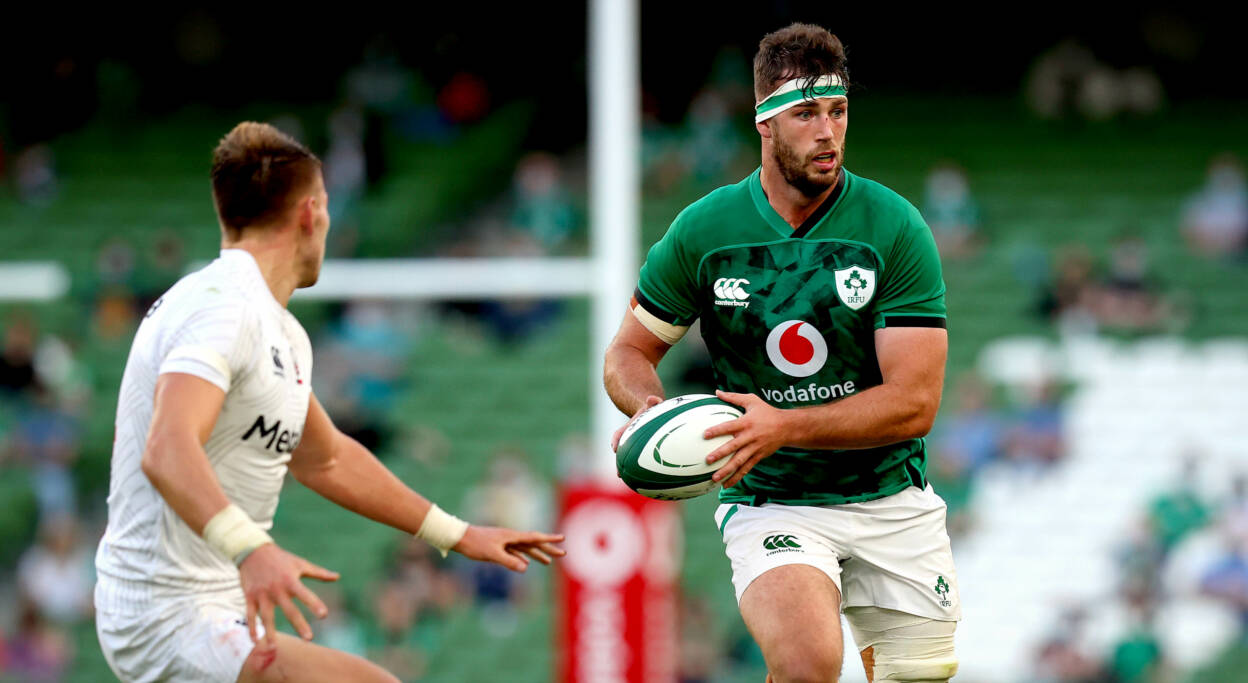 Following his return to full fitness, the versatile back rower was afforded a chance to line out alongside an old school mate for the first time in over seven years.

On St. Patrick’s Day back in 2014, despite only being a fourth year student, he was part of a Blackrock College team that won the Leinster Schools Senior Cup with a 22-17 final win over Clongowes Wood College.

Lining out at full-back for Blackrock on that day was none other than current Munster and Ireland out-half Joey Carbery.

It was a star-studded team that claimed the top prize and one which impressively featured players who are currently on the books at four different provinces.

Aside from current internationals Hugo Keenan (Leinster) and Nick Timoney (Ulster), Jeremy Loughman (Munster) and Conor Oliver (Connacht) also played their part in getting ‘Rock over the line.

It has been a long time coming, but Doris was delighted to play with Carbery when Japan and the USA touched down in Dublin for those aforementioned summer Tests. He added:

Joey was more of a 13 or a 15 back then. He’s a pretty relaxed guy. A class player, obviously.

“He can do some stuff that other people can’t. He’s a good, calming presence on the pitch. He was good to play with. I enjoyed it a lot.”