The spectre of a third successive Triple Crown might be looming on the horizon, but Alex Soroka insists this is not playing on the minds of the Ireland Under-20s ahead of tonight’s Six Nations showdown with England.

When last year’s tournament was cut short due to the Covid-19 pandemic, the Ireland U-20s (sponsored by PwC) had already secured the Triple Crown thanks to victories over Scotland, Wales and England.

Soroka made his full U-20 international debut in the latter game at blindside flanker, scoring Ireland’s first try in an eventual 39-21 triumph in Northampton.

This arrived on the heels of the magnificent Grand Slam success of 2019, a campaign that kicked off a winning streak for Ireland in the U-20 Six Nations that now stands at 10 matches.

Scotland and tournament hosts Wales have been accounted for in this year’s Championship – with winning margins of 31 and 28 points respectively – to keep Ireland in the hunt for top honours.

In order to get the better of England tonight at Cardiff Arms Park (kick-off 8pm), Soroka believes they should stick to the game-by-game approach that has served them well so far.

“We haven’t really thought of it like that (winning a Triple Crown). We are just treating it as another rugby game,” he admitted.

“We are just focusing on ourselves, not thinking about other rugby stuff. External stuff outside the group.”

Both teams currently sit on 10 points – six clear of their nearest challengers – with Ireland holding a slender advantage over their arch rivals on scoring difference. 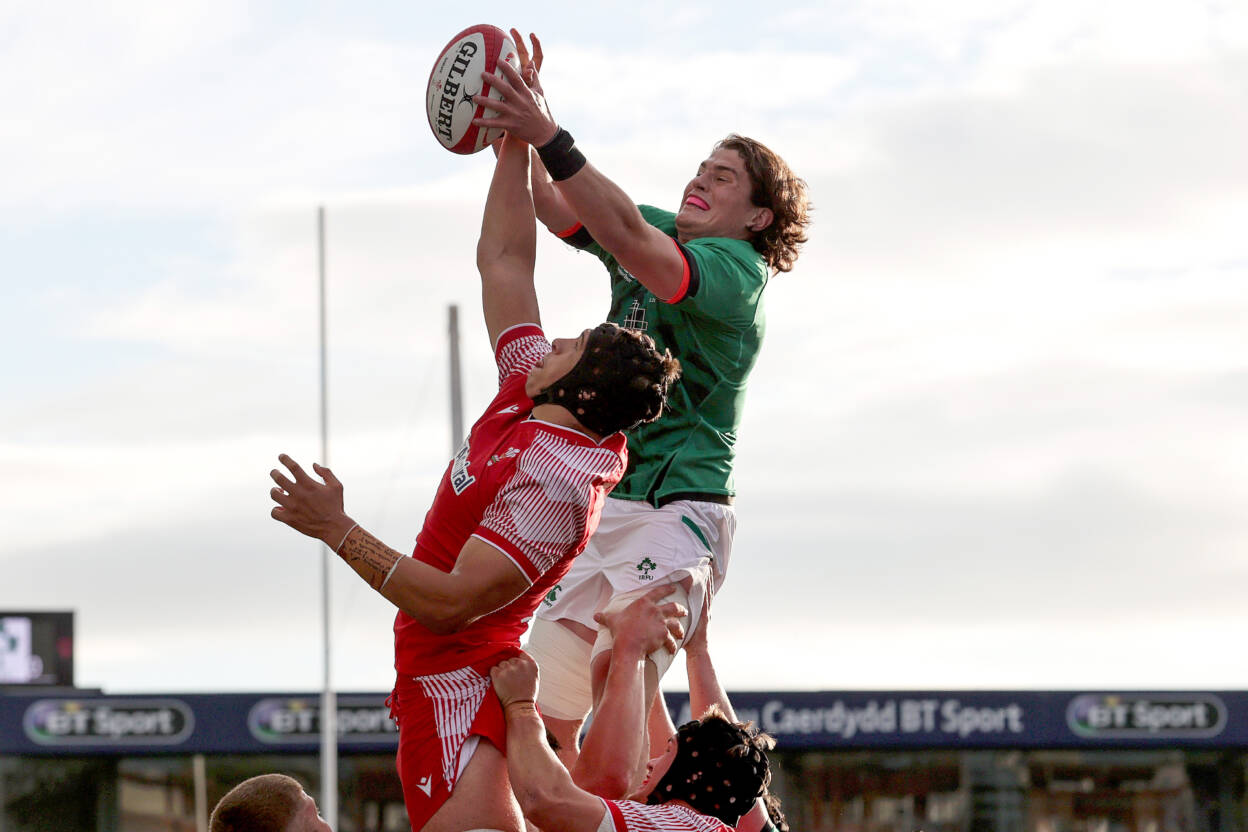 Trailing 19-3 at half-time in their first round clash with France, the England U-20s stormed back to claim a 38-22 bonus point win and followed up last Friday with a similar result against Scotland. Soroka acknowledged:

I have been really impressed with their first two games against France and Scotland. They can do a bit of everything, it is not just one threat.

“We know we have to be at the top of our game in every aspect if we want to beat them. I think it is pretty exciting to play against a team with that much quality in it. We want to show what we can do.”

The Leinster Academy ace returned to the back row for the opening round of this year’s Championship against Scotland, before being moved to the second row for the game against the Welsh.

So efficient was his lock partnership with Ulster’s Harry Sheridan that head coach Richie Murphy has opted to keep them together for this top-of-the-table fixture.

It is little surprise that Soroka is entrusted with such a crucial position, given he has proven himself to be quite adept at calling lineouts. This is something he first did during his school days at Belvedere College and he clearly enjoys the extra responsibility.

“I think it is one of those things that you get out what you put in. It is tough during the week, especially in these camps.

“They are pretty full on and you have to go back to the hotel and get into the computer room and study. It’s pretty hard, but you get out what you put in.

“If you analyse them well, know your detail and know what’s coming you will hopefully be able to steal a few of their balls and get good quality possession for your team. I find it rewarding when you put in a week of hard work off the pitch and then it pays off.” 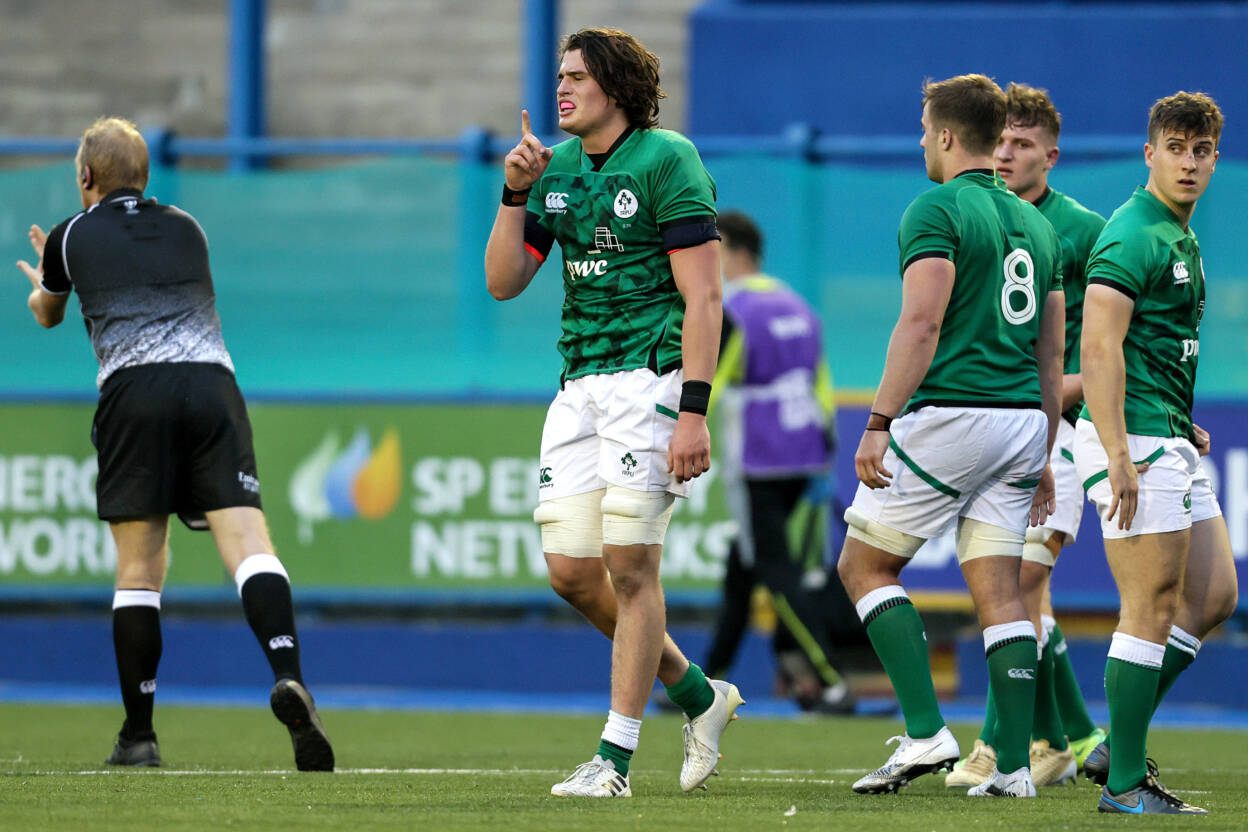 When making his debut for Leinster in February’s Guinness PRO14 game against Glasgow Warriors, Soroka was following in the footsteps of his brother Ivan.

The elder Soroka’s excellent form for Clontarf in the All-Ireland League’s top flight earned him a one-year contract at Connacht for the 2016/17 season.

The Ireland Club international prop managed a single appearance for Connacht in a league defeat to Zebre, who coincidentally were the opponents for Alex’s first start for Leinster in March.

Almost seven years his junior, the younger Soroka said he looked up to his sibling as he moved from the amateur ranks into the professional game.

“Ivan would have been one of my biggest influences growing up. There was quite a big age gap there so I was always looking up to him,” noted the 20-year-old.

“He was playing at higher levels. I learned nuggets from him when he was at Connacht for a year. I have learned a lot from him and he has been a pretty big influence on me.” 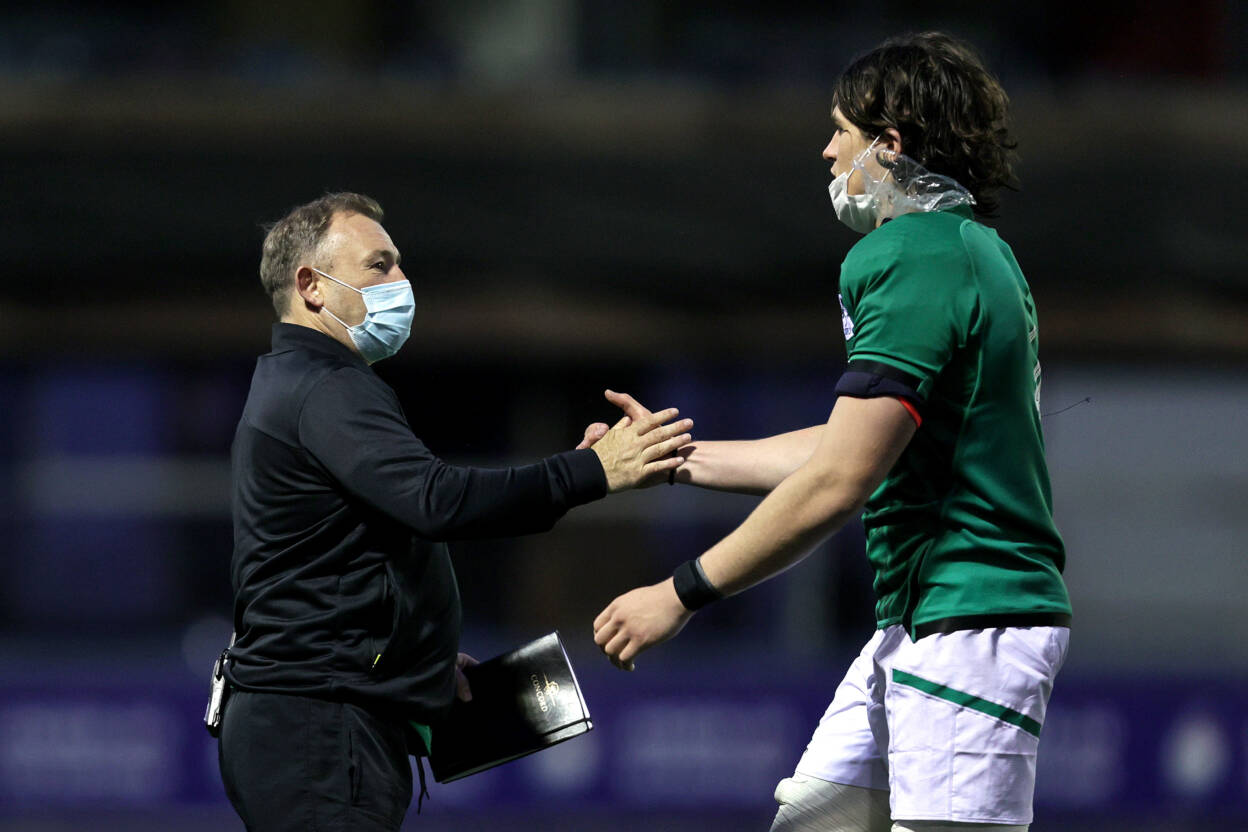 Soroka is a keen student of the game and in Colm Tucker and Denis Leamy, Ireland’s forwards coach and defence coach respectively, he has two top class teachers.

With the aforementioned Murphy also on hand to head up this coaching ticket, the Leinster prospect is confident he can continue to improve, adding:

All three coaches have been pretty unreal for me so far, three different types of coaches. I spend more time with Cullie (Tucker) because of forwards’ stuff, so I would be with him the whole time.

“I learned a lot off him, especially the lineout and just general set piece. ‘Leams’ has helped me hugely with defence, just helping me with one-on-ones.

“And the same with Richie. If I have any issues or any problems he is quick to pick me up and have a chat about it.”