If the Ireland Under-20s are to earn themselves a third successive Triple Crown, then they will have to negotiate their way past a resilient England team on Thursday night.

Following the magnificent U-20 Six Nations Grand Slam of 2019, the Ireland U-20s had already overcome Scotland, Wales and England when their 2020 campaign was cruelly cut short due to the Covid-19 pandemic.

This week’s third round tussle between the arch rivals could have a big say in the destination of the 2021 title, and Ireland are anticipating the sternest of tests.

“A very, very cohesive pack of forwards,” Tucker said of England. “A team that’s very comfortable playing direct or playing to width. I think one of the most impressive things for me about their team so far has been their character.

“France played unbelievable rugby in the first 40 minutes against them (in round one) and they were able to come back very strongly in the second half, and get a bonus point.

“Against Scotland they went down to 13 men for a period of time, including a red card. They weathered the storm and they were able to come back and score two tries at the finish.

“There’s massive threats within them and for us to perform against them, we just have to focus on ourselves really. Play to our own strengths. It’s a huge challenge and one we’re massively looking forward to.”

Ahead of what promises to be an intense battle between the Championship’s two leading sides (Ireland currently lead the table on scoring difference), Tucker revealed head coach Richie Murphy will have a fully-fit squad to choose from. 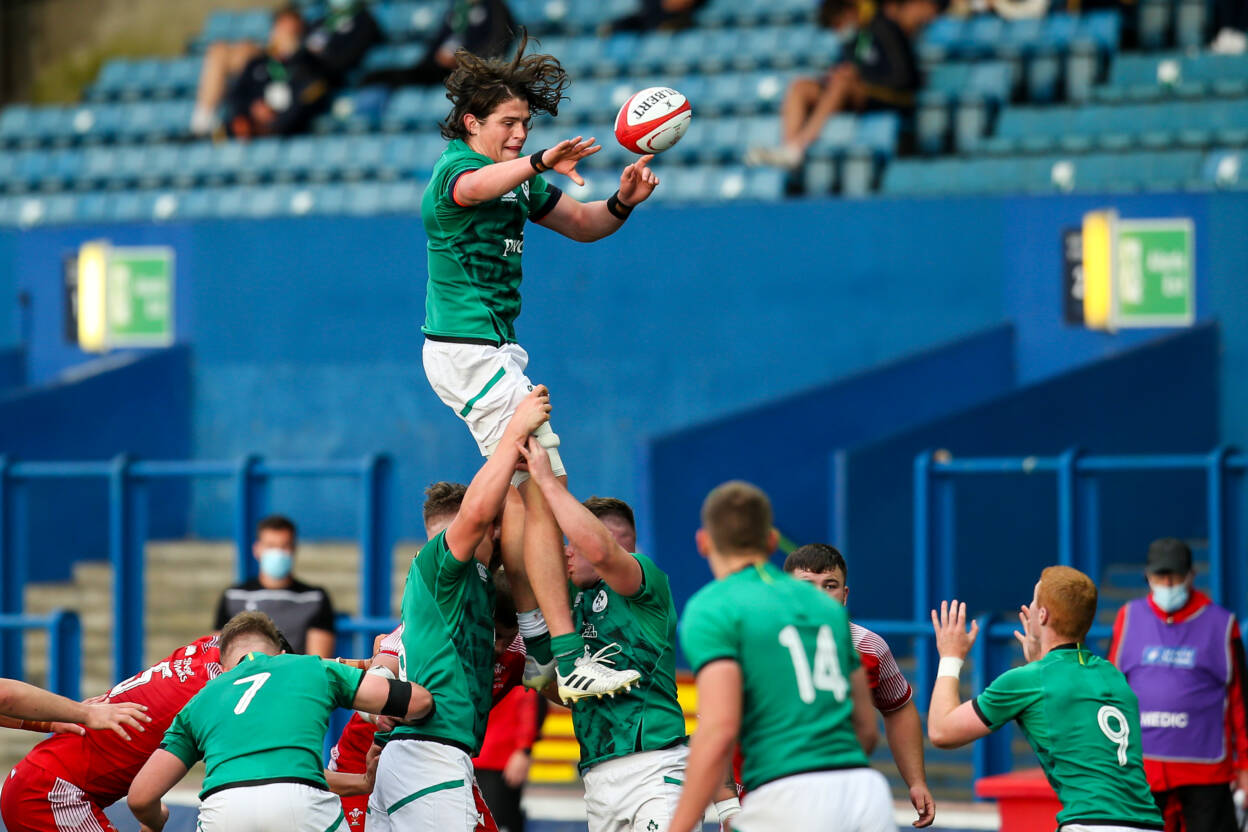 This will be their third game out of five in Cardiff and with each passing week, Tucker is seeing improvements in how the players are going about their business.

“When you pare things back, this is our fifth game together – including the games we played before we came over (against Leinster ‘A’ and Munster ‘A’).

“We’re on a fairly decent upward curve and we’d hope to continue that. Training over the last few days again has been really good. I think it’s putting us in a decent place for a performance again.”

When he crosses the white line at Cardiff Arms Park on Thursday, Ireland U-20 captain Alex Kendellen will be hoping to get on the scoresheet for the third straight match.

The Cork native has enjoyed a highly impressive campaign so far and Tucker offered an insight into what Kendellen brings to the table behind the scenes.

“He’s just a great kid, I have to say. He’s very down to earth, he’s very grounded. He doesn’t believe any hype, he doesn’t read any hype around him,” he noted.

“As a leader, I think he understands leadership starts with himself. He just makes sure he gets his own house in order, his own work done. That rubs off on the rest of the squad.

“It’s brilliant to have a captain that will be the first through the wall or won’t ask anybody to do anything he won’t do himself. He understands as well that there’s very good back rows behind him that are pushing him every day in training.

“He understands the level he has to train at every day to stay on top of his game. He has been outstanding. I see a bright future for him, if he continues his work ethic and application towards getting better.” 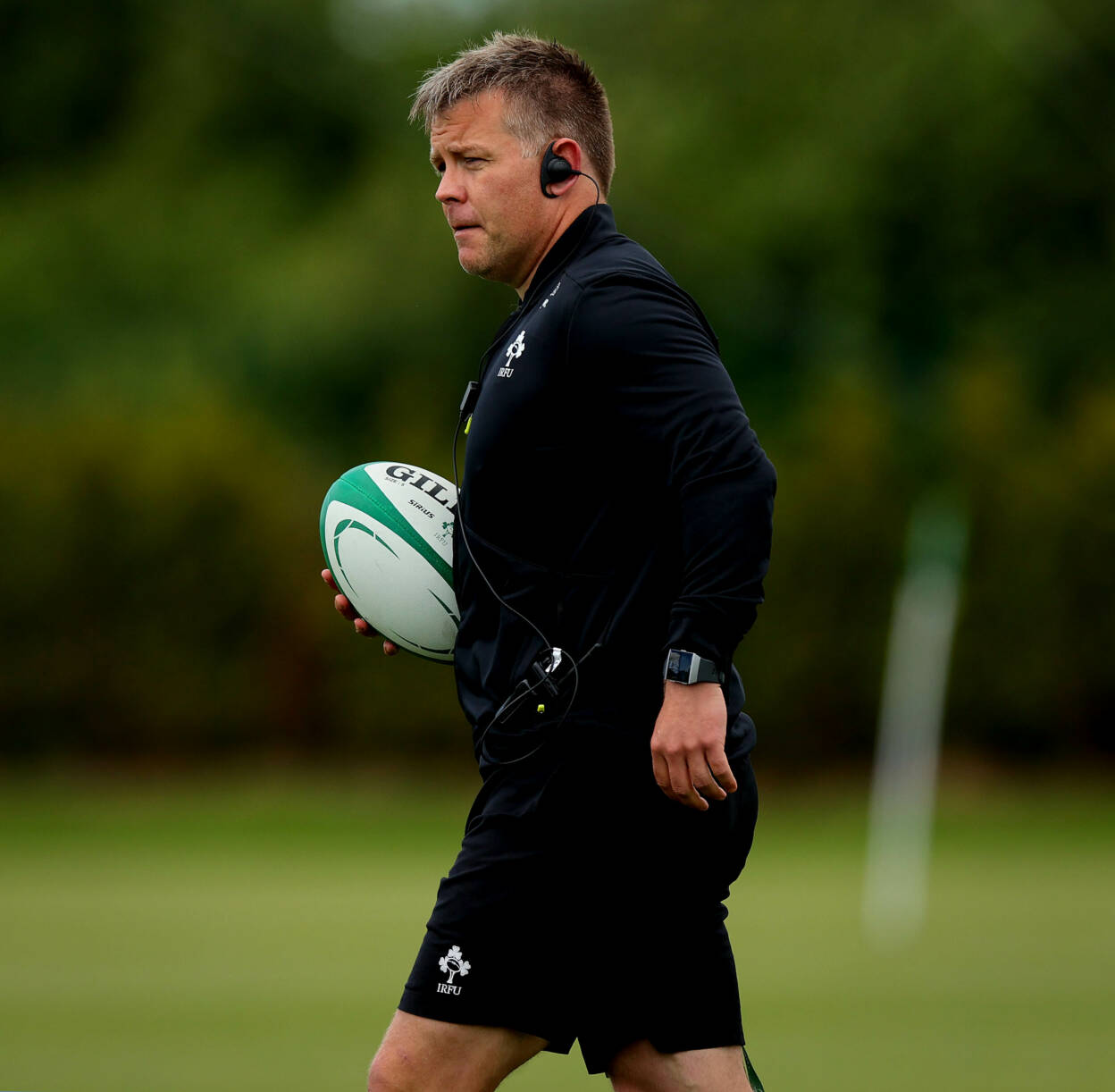 In their first round victory over Scotland, Kendellen was joined in the back row by Alex Soroka. When Wales entertained Ireland six days later, the Clontarf young gun had switched to the second row where he linked up with Ulster’s Harry Sheridan.

Speaking about Soroka’s versatility and lineout ability, Tucker acknowledged: “Alekseiy has been very good for us. He’s called (lineouts) very well. If there’s something simple he takes it, which is very important to get our backs and get our phase into play.

He has an ability to play six, second row and eight, which is a huge compliment to his athleticism. Again, it doesn’t just happen by accident.

“Being able to play in the back row and the second row takes a lot of work off the field, it takes a lot of his own energy to go analyse opposition lineouts and to have his own opinion on our lineout as well.

“Harry (Sheridan) has done an unseen amount of work behind the scenes in terms of mauling, scrummaging and posting huge numbers. They are a nice balance there, but his (Soroka’s) versatility has been a huge asset to us.”