If Hugo Keenan plays in Saturday’s Vodafone Summer Series opener against Japan at the Aviva Stadium (kick-off 1pm), it will be his 12th consecutive appearance for Ireland.

The Dubliner has featured across the back-three since coming into the side, but completed the full 80 minutes in the number 15 shirt for all five of Ireland’s Six Nations games in the spring.

It certainly has been a whirlwind 12 months for Keenan, whose main aim during last year’s lockdown period was to nail down a regular starting berth in Leinster.

However, excellent form for his province led to his Test debut in last October’s rearranged Six Nations clash with Italy. He bagged a brace of tries that day and is quickly establishing himself as an important player for Andy Farrell’s men.

“It has all just happened very quickly, hasn’t it? I got a bit of luck at the start of the season. A few injuries led my way into that end of the Six Nations-Autumn Nations block,” admitted Keenan, speaking in the build-up to the Japan match.

“It has been such a busy period that you don’t have time to reflect on it that much. It has really just been big game after game.

“You can’t really rest on your laurels and get that comfortable because it’s always about performing for the next match, keeping your hand in the team.

“Luckily I’ve been able to stay injury free and keep my name on that team sheet, which is the main thing. I’ve really enjoyed the year, it has been an unbelievable experience.

“There has been some highs and some lows obviously. Maybe in two weeks’ time, hopefully we’ll have two more wins in the bag and I can reflect on it a bit more at that stage.” 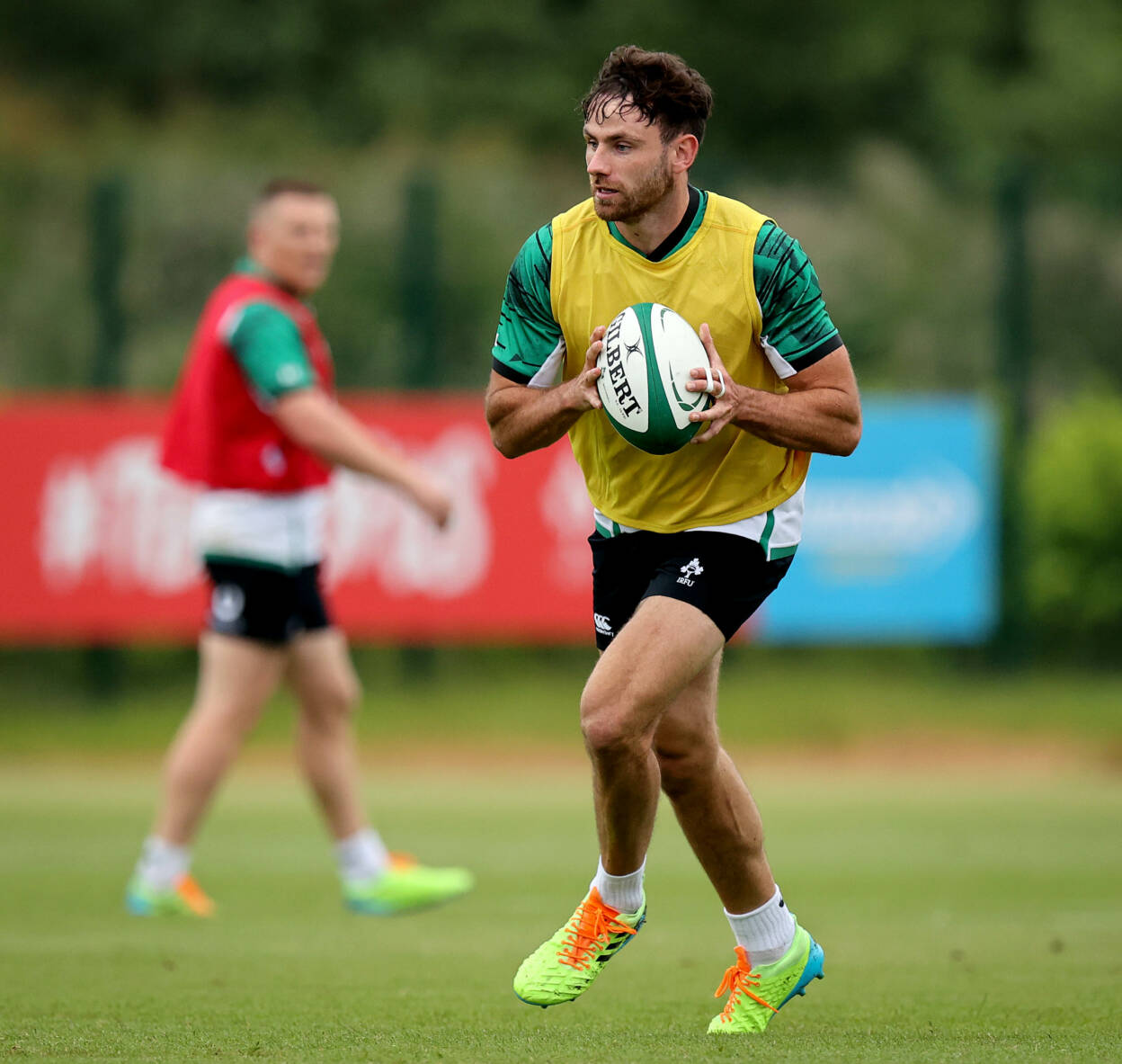 While touching down twice on his debut should register high for Keenan, picking up a 12th cap in either Saturday’s encounter – or next week’s showdown with the Eagles – will probably rank as the most special moment in his Ireland career to date.

That is because – unlike the six international games he has played so far at the Aviva Stadium – spectators will be permitted to attend Ireland’s two Vodafone Summer Series fixtures.

3,000 supporters are set to pass through the turnstiles this weekend, with 6,000 due to watch from the stands for the visit of the US seven days later.

Having been forced to watch him from afar up to this point, Keenan is delighted by the prospect of his family being able to be in close proximity for a change.

They’re all rugby mad. Not even my close family, it’s my extended family. My two grannies are big into the rugby now. They probably would have never watched a game before that.

“That’s great excitement for them. It has been a great distraction for the likes of them. For uncles and aunts, and friends even as well.

“There hasn’t been too much to do over the last 18 months and sport is a great distraction. It has been great in that element of it.

“Hopefully Saturday will be an extra bit special and to see them in the crowd will be a really special feeling. Something I’ve always dreamed of. They’ve never seen me playing in a green shirt. They’re really looking forward to it and so am I.”

It promises to be a tasty affair at Irish Rugby HQ on Saturday afternoon as Ireland face Japan for the first time since their pool match at the 2019 Rugby World Cup.

At the Shizuoka Stadium in Fukuroi just under two years ago, the Japanese sent the home support into raptures by recording a 19-12 triumph.

Like Ireland, the Brave Blossoms went on to reach the quarter-final of the tournament – an historic first for a Japan side.

Currently ranked 10th in the world, Jamie Joseph’s charges are sure to provide stiff opposition, and Keenan rates them highly, particularly their pacy back-three.

“We know it’s going to be a big challenge for us. They’ve got a mix of everything. Obviously (Kotaro) Matsushima, he’s rapid. We all know him from Clermont and from the World Cup just gone. 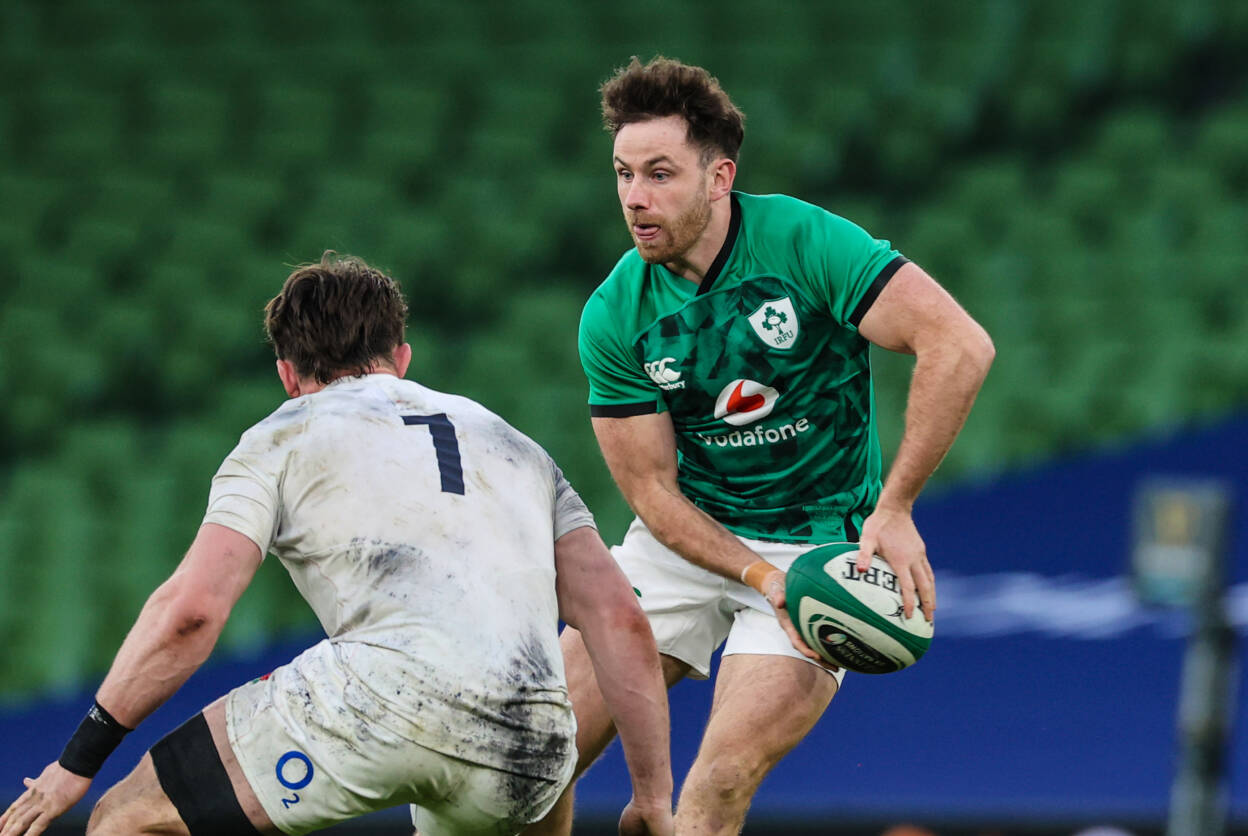 “(Ryohei) Yamanaka as well, who is that sort of ball player. They’ve got a good mix in their back-three. They’ve got a wide variety of threats and challenges. They like to play that wide-to-wide game.

“We’ll have our hands full. We’ve got a few new lads in and our Lions contingent away. It’s going to be a tough game, but we’ve had a good week’s training. We’re building well and everything is starting to come together nicely.”

Given all that has happened with province and country in the past year, Keenan appears to be in a good place in his career. Still, the recently-turned 25-year-old readily accepts there are areas of his game that can always improve.

There’s a good few things that I have to work on. Keep pushing on and keep pushing forward. It’s so good to get a bit of feedback from not only Felipe Contepomi and Stu (Lancaster) in Leinster, but also a different set of eyes here with Faz (Andy Farrell) and Catty (Mike Catt).

“They give you little different things to work on than Leinster coaches. It’s good to have a different set of eyes in that regard.

“They link together, they push you on and challenge you. Plenty to work on for this back-end of the season plus the off-season then.”