As he looks to help the Ireland Under-20s continue their winning form in the Six Nations tonight, Jamie Osborne says he has been reaping the rewards of regular exposure to senior professional rugby.

Whereas the majority of Richie Murphy’s Ireland U-20 squad had been relatively idle before last weekend’s opening win over Scotland, Osborne featured six times for Leinster during the 2020/21 Guinness PRO14 season.

This meant he was up to speed for the return of age-grade international rugby after an absence of close to 16 months.

“I think the experience that I’ve got with Leinster over the last few months has been really helpful and beneficial,” Osborne admitted, speaking ahead of tonight’s showdown with Wales at Cardiff Arms Park (kick-off 8pm).

“Hopefully I can help the other lads out and bring some of that experience into the group here.

“Obviously a lot of them haven’t really played too much rugby. I think they’re just all delighted to get out there and get started last week as well.”

The fact that the Under-20 Six Nations was delayed until this time of year allowed Osborne to get an extended taste of Leinster first-team duties under Leo Cullen and Stuart Lancaster.

In his mind, the standard of play he witnessed in Cardiff last Saturday is not too far off what he has experienced so far with his native province. 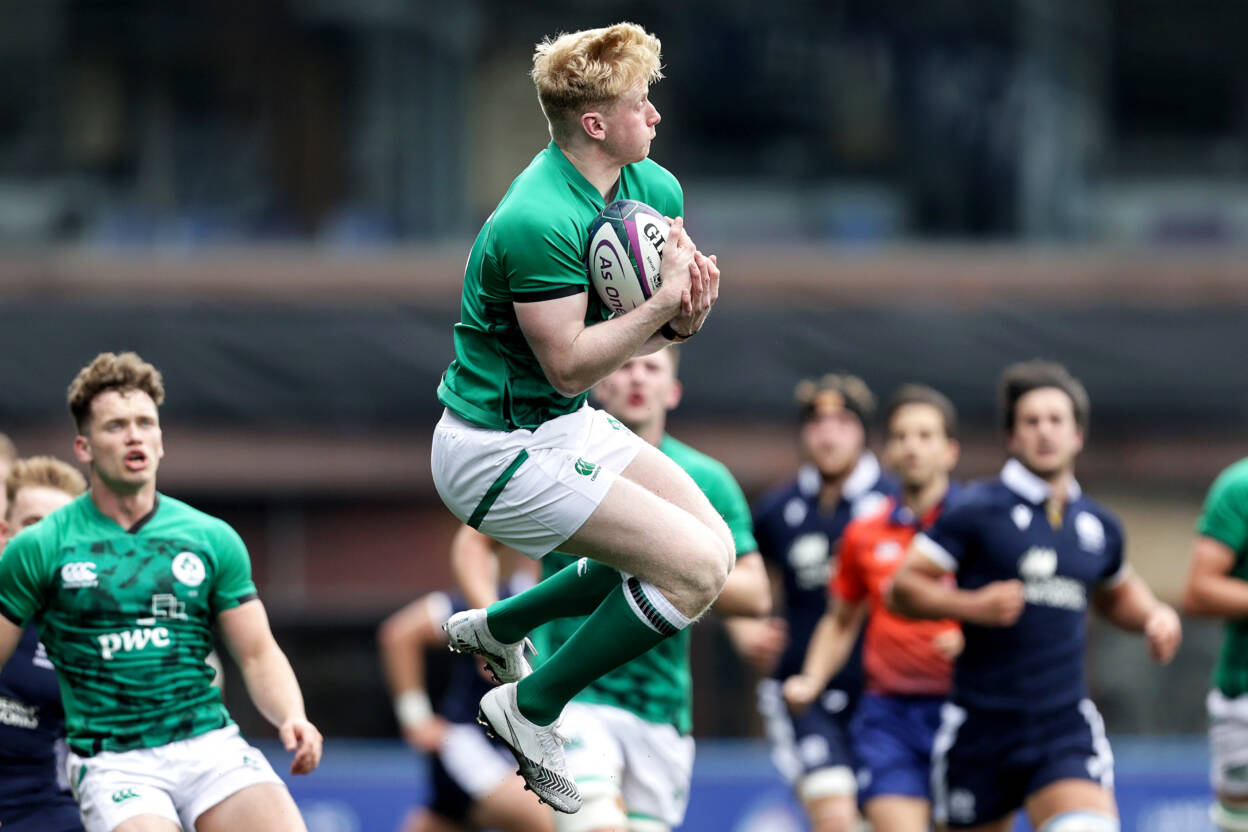 “I was playing full-back mainly, so I probably wasn’t involved in too many of the hits like I would if I was involved in the centre (where he has been deployed by Leinster).

“It looks pretty physical. There’s a few big players on the Welsh team this week (for our second round match). I’m sure we’ll be feeling it afterwards.”

Whilst Osborne retains his place in Ireland’s starting XV at full-back, there is considerable change amongst the defending champions’ back-line.

Osborne is excited to see how the new players perform tonight in a pressurised environment and acknowledged it is important for him to build a strong understanding with his wingers.

Doaky and Tim, I’m looking forward to seeing how they go and obviously Chris as well, who is in on the wing. I know Chris and Tim pretty well from Leinster.

“I’m looking forward to getting out and playing with them with Ireland. Our communication needs to be on point during the match. Ben Moxham is very good at communicating and he’ll tell me what he wants and stuff like that.

“I’ll do the same back at him. Josh (O’Connor, who played on the left wing against Scotland) is the same. Just as long as we’re constantly communicating with each other, it just helps us function in defence.”

Osborne, who does not turn 20 until November, is the latest in a long list of players from Kildare to emerge onto the provincial and international scene.

Whereas most of the county’s top rugby talent passed through the hallways of Newbridge College and Clongowes Wood College, Osborne is a graduate of Naas CBS.

Although current Leinster winger (and a former international at this grade) Adam Byrne is also a past pupil of Naas CBS, it remains predominantly a Gaelic football stronghold. In 2018 and 2019, they were back-to-back winners of the Leinster Colleges Senior Football Championship.

Nonetheless, significant progress is being made on the rugby front with their triumphs in the Fr Godfrey Cup and the Leinster Schools Division 2A Junior League just over two years ago set to be used as a springboard for further growth within their rugby programme.

Naas also made it to the quarter-finals of the Leinster Schools Junior Cup in the same school season and Osborne is hopeful that more players will be able to follow in his and Byrne’s footsteps.

“I think it’s a credit to the teachers and the coaching that comes into the school and develops those players,” noted the teenage back. 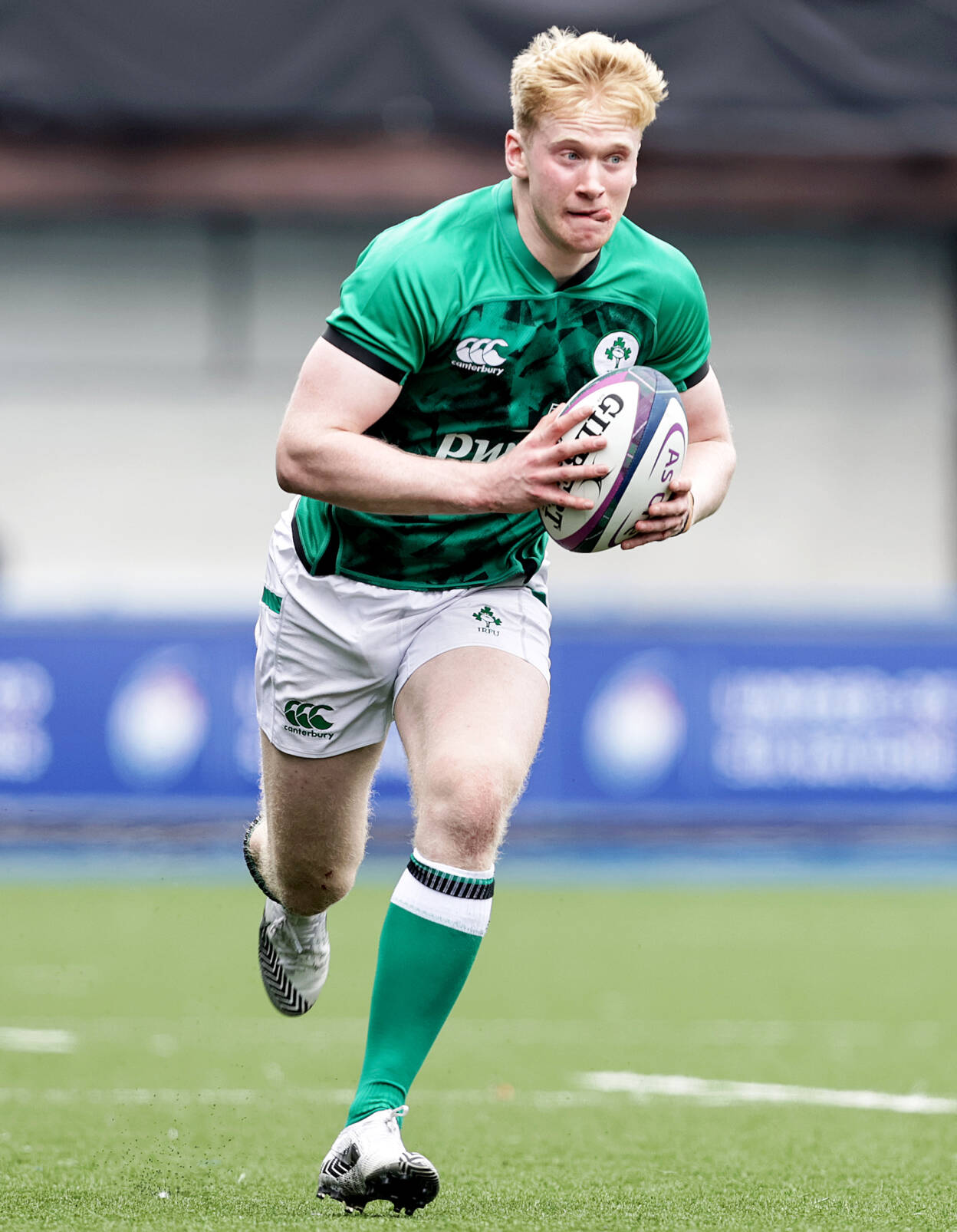 Between his run-outs with Leinster and an impressive try-scoring performance against Scotland six days ago, 2021 has been relentlessly positive for Osborne.

Still, he is expecting a stern examination from Wales on their home patch, particularly with Scarlets out-half Sam Costelow in their ranks.

“Sam has a pretty good kicking game,” he noted. “He can kick to corners, he can kick cross-fields. I definitely have to be on it (tonight). Just working with the wingers and whoever else manages to end up in the back-fields. We just need to be careful with him.”