The newly-created Energia Community Series takes centre stage on Saturday, with some hugely competitive and exciting local clashes to whet appetites across all seven provincial Conferences. We preview the games in Connacht, Leinster 1, Munster 1 and Ulster 1.

While it is a fresh start for the Pirates, visitors Sligo will be hoping to ‘kick on’ after securing a historic Connacht Senior League and Cup double in 2019/20. They also pushed hard for promotion from Division 2B.

This is a third year for New Zealander Paddy Pearson and Jason East at Sligo’s helm. They got some rugby into their legs last Saturday with a pre-season hit-out with Westport, try scorer Bob Reynolds was one of nine senior debutants in a 46-0 win.

A Division 2B derby, these sides played each other twice last season with Galway Corinthians registering wins in the Connacht Senior League (26-17) and Energia All-Ireland League (25-0). Connacht pair Eoghan Masterson and Kieran Marmion are part of JP Cooney’s coaching set-up at Corinthian Park.

Westport native JP Walsh has taken over this season as Ballina’s new director of rugby and first XV coach. The club’s senior and development squads train together and it is a system that has served the Moy men well so far.

Luke Sweeney, one of Ballina’s youngest ever senior captains at just 22, told Irish Rugby TV: “The development side directly feed into the firsts, so if people are showing up well on the development team they’ll obviously get a chance to play firsts. We won’t worry about Corinthians a whole pile – we’ll just stick to what we’re training, stick to our game-plan and hopefully it all works out on the day.”

Johne Murphy retakes the coaching reins at Naas this season, with another former professional, Craig Ronaldson, also an excellent addition as player-backs coach. 30-year-old out-half/centre Ronaldson previously starred at the top level of the league for Lansdowne, most memorably during their 2012/13 title-winning run.

Terenure’s new captain Stephen O’Neill has big ambitions for Sean Skehan’s side in 2020/21, saying: “Winning the Energia All-Ireland League this season is our sole focus and to achieve it with players from all four provinces would be truly amazing.” 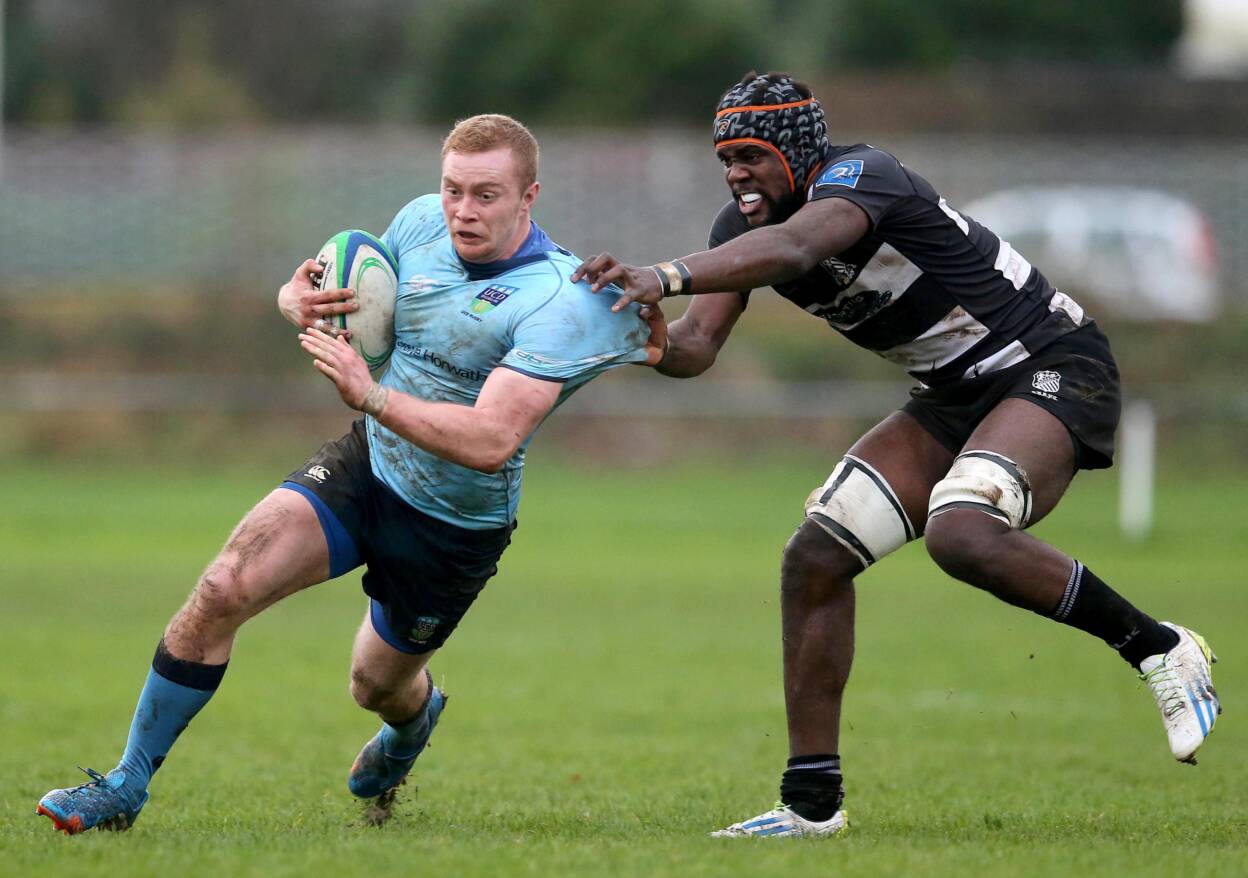 ‘Belvo’s form was patchy last year and they will be determined to reestablish Ollie Campbell Park as a fortress. Dublin University arrive with a spring in their step having already qualified for the Leinster Senior Cup final thanks to wins over Blackrock College (43-26) and old rivals and defending champions UCD (28-21).

Ireland Under-20-capped full-back Rob Russell impressed in that semi-final victory at home to UCD, scoring a superb solo try and kicking 11 points. Trinity may have lost players such as Colm Hogan and James Fennelly, but with such depth at Under-20 level and some canny recruitment, they remain a quality outfit.

Old Wesley have been agonisingly close to securing a Division 1A spot the last couple of seasons, so this visit of UCD offers a good barometer as they build towards 2021. Clontarf knocked them out of the Leinster Senior Cup a fortnight ago, talented young out-half Paddy McKenzie scoring their only try in a 31-8 reversal.

UCD have a couple of games behind them and, despite relinquishing their Leinster Senior Cup title, there were promising signs with eight tries scored already and centre Ross Deegan bagging two of them. 22-year-old back rower Ronan Foley, a Celtic Cup winner with Leinster ‘A’ last year, is the students’ new captain.

Entering his second season as UCD head coach, Kevin Croke told Irish Rugby TV: “We’ve been taking it week-by-week. We got the (Community Series) dates for the 26th against Wesley and we’ve kinda have that for our time to aim to be as close to running fully as we could. I think players are just loving being back, it’s fantastic to be back playing matches again.”

This is shaping up to be the match of the day in Leinster’s Conference 1. St. Mary’s College have turned in a couple of positive early season performances, defeating Lansdowne 34-19 in a friendly and running UCD close – 35-29 – in the Leinster Senior Cup. Flanker David Aspil and winger Matthew Oppermann have scored two tries each.

Mark Sexton, a former All-Ireland League winner and brother of Jonathan, has joined the Mary’s coaching team as backs coach. They will certainly be tested by a Clontarf attack which has hit the ground running thanks to well-judged victories over Wesley (31-8) and Terenure (24-12).

Speaking about the club’s aims for the 2020/21 campaign, Clontarf captain Matt D’Arcy said: “We’ve put a massive emphasis on the Leinster Conference this season while also working towards our main goal of winning a third league title for the club. We’re really delighted to be back playing matches and competing on the pitch again.”

This has the potential to be an early season cracker, especially as Highfield have already laid down a marker by winning 32-15 at UCC in the Munster Senior Cup. The Corkmen led Division 1B by nine points when the 2019/20 season was cancelled due to the Coronavirus pandemic, so they are doubly determined to build again in Conor Quaid’s first year in charge.

These sides will also meet in the last-four of the Munster Senior Cup in early December, with Garryowen securing home advantage following a 41-29 success against Old Crescent. Ireland Club XV full-back Jamie Heuston ran in two of their six tries. The Light Blues’ lineout & skills coach Mike Sherry has welcomed the advent of the Energia Community Series.

“The new structure is exciting. There is a lot of rugby, not many weekends off,” he told the Limerick Leader. “It is a really good opportunity for us to test the squad depth, give young players an opportunity, you are not straight into the thick of the AIL. It is exciting, it’s all new.”

Cork Constitution will be thankful to get their teeth into a new competition so soon after their exit from the Munster Senior Cup last Saturday. A late rally, which included tries from Max Abbott and Richie Cassidy, was not enough as last year’s winners Con lost out 27-17 at Young Munster.

Matt Brown’s Old Crescent come calling on the back of an entertaining 41-29 loss to Limerick rivals Garryowen, the Division 2A club giving a very good account of themselves with tries from skipper Kevin Doyle, Jack O’Mahony, Dan Hurley and Ronan Reynolds.

Wigan man Brown commented: “The club wants to progress, we want to get better. We’ve got nothing to lose (against the higher-ranked teams in Conference 1). Unless you test yourselves at the highest level, you never really know. If we stay somewhat injury-free, it really sets us up for that AIL block when we’re back at our own level.”

Derek Corcoran, who lined out on the left wing against UL, has switched across from Young Munster to be Shannon’s new skills coach. Like others, Cashel’s promotion bid was ended by the outbreak of Covid-19, the season’s cancellation coming at a time when they were third in Division 2A and just five points off the summit.

The Cashel pack remains an area of strength with captain Cathal Ryan, former Connacht Academy player Mikey Wilson and Robin Foot, who has been recruited from Portlaoise, standing out in their early season fixtures. They claimed the derby spoils against Clonmel, winning 22-13, before losing 28-17 to Old Crescent.

Young Munster take plenty of momentum into this all-Division 1A tie, having claimed the scalp of Munster Senior Cup holders Cork Con. First half tries from Pa Ryan, Mark O’Mara and Harry Fleming did most of the damage, with Ryan a classy addition in the centre following his top try-scoring exploits with Shannon in Division 1B last season.

We’re really looking forward to the Energia Community Series and the local derbies, getting to play teams you mightn’t often get to play in a competitive format. There’s quite a few games there and hopefully it leads us nicely into the Christmas break and the Energia AIL, please God, after that.”

UCC won a league clash 20-14 at Tom Clifford Park last October, the since-departed John Poland nabbing a try in each half. With new additions, the Brian Walsh-coached students may take a while to get going, but they can still rely on players of the calibre of Cian Bohane, Ryan Murphy, James Taylor, Jack O’Sullivan and John Hodnett, when available.

There is big interest in how Rainey Old Boys fare in the opening rounds as they have secured the services of former Italy international Ian McKinley as backs coach. The 30-year-old has linked up with the Magherafelt club after relocating to his wife Cordelia’s home village of Bellaghy. 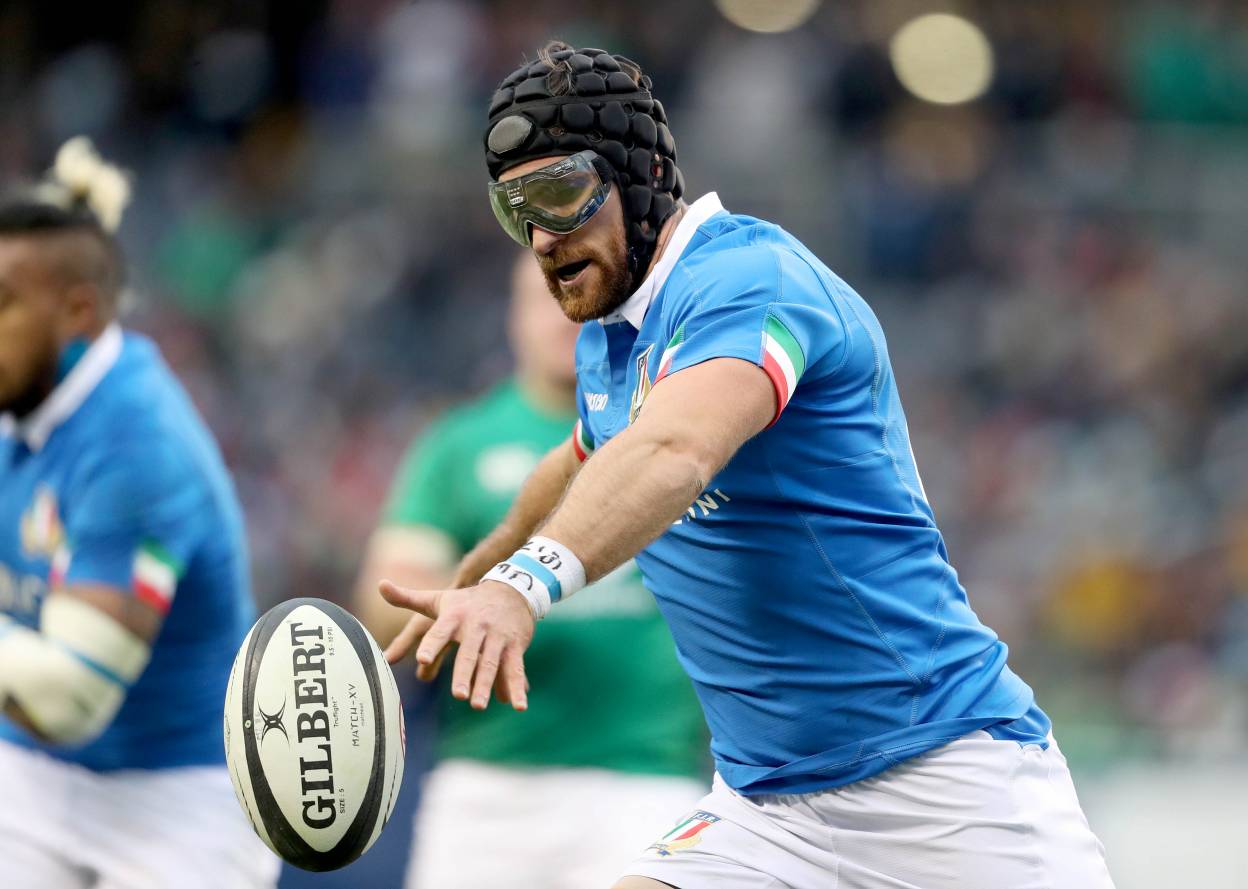 City of Armagh will want to put their best foot forward and turn the Palace Grounds back into a fortress after losing at home to Old Belvedere, Old Wesley and Highfield last season. But a third Ulster Senior Cup title in-a-row was a terrific way to close out their campaign.

It is hard to read much into their latest friendly results which saw Armagh emerge as 43-10 winners at Ballymena, scoring seven tries in the process, while Rainey, who have their South African star Brad Roberts back on board, went down 19-7 at home to Malone.

It is a Malone-Ballynahinch double header at Gibson Park where the clubs’ 1sts and 2nds will face off against each other. Despite stepping down as head coach, Chris Henry is still involved with Malone in an advisory role, supporting new man William Leacock.

As the only Ulster club in the top flight of the Energia All-Ireland League, Ballynahinch are favourites to set the pace in this Conference. Former full-back Adam Craig has returned to ‘Hinch this year and is their new backs coach.

The sides traded home wins when they met in Division 1B during the 2018/19 campaign. Key backs Rory Campbell (2) and Nathan Brown accounted for the tries when Malone triumphed 15-8 on home turf, a repeat of which would do nicely for them on Saturday.

Contrasting results for these teams in their friendlies last week as Queen’s University were beaten 28-17 at Belfast Harlequins – David Whitten and Jonny Hunter (2) both crossed the whitewash – and Banbridge ran up a big score against Division 2C’s Bangor (40-5).

Second row Matthew Laird drew plaudits for his performance for Bann, with head coach Mark McDowell noting: “We’ve prepared as best we can for the Community Series considering all the restrictions in place. We know what we’re capable of when we put it together so that’s what we have to find this week.”