Maybe I’ll start at the end. My 219th and final cap against Ulster a few weeks ago in the Aviva Stadium. Nearly 15 years to the day from my debut against Ospreys in 2005.

I hoped it wouldn’t be my last involvement in a Leinster jersey, but the reality is that in sport and professional sport especially, you just never know when you will get a chance again, so you treasure each chance you get in that jersey.

It wasn’t my last involvement with the team and Ferg and I were granted the unbelievable honour of lifting a trophy on behalf of the 53 players two weeks later.

You always want one more as a player. The next one becomes the most important. The next match, the next trophy, the next training session even. That is the process, that is the drive within us.

It wasn’t to be, but I am so very grateful for every run out that I did get in a Leinster and an Ireland jersey.

Losing to Saracens brought my time in a Leinster jersey and by extension an Irish jersey to an end.

I spoke to the players in the dressing room after the game and I spoke about living a dream, because that is what I have done.

I have lived the dream of every five-year-old boy or girl out there that dreams of pulling on a Leinster jersey, an Ireland jersey, a Lions jersey.

I consider myself very fortunate to have done the greatest thing that I could have done with my life and I have lived the dreams that I first had as a young lad in Dundalk RFC with the minis.

I also consider myself very fortunate because I have parents that supported and facilitated that dream and still do to this day.

To my Mum and Dad, thank you both so much.

You gave me the opportunity to make the most of my talents and to fulfil the ambitions that I had as a young boy. 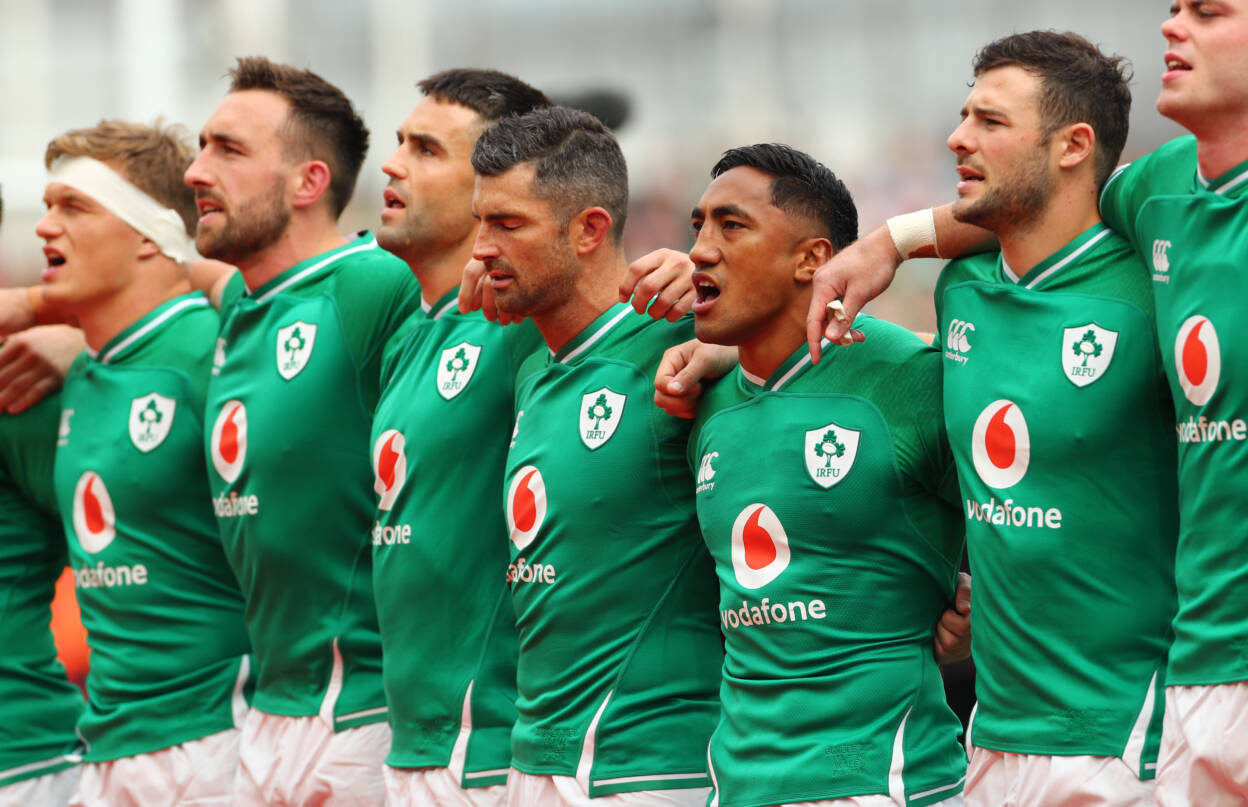 To Richard and Sara, my older and younger siblings, we have shared some brilliant days together but your support away from the big days and the bright lights meant even more. Thank you.

So many memories of watching you playing a few years behind me and watching you progress and such an overwhelming sense of pride to see you selected for the Academy, then make your debut and putting on an Ireland shirt alongside me. You have made the last 11 years all the better for having you by my side every day and I’ll miss that the most.

Thanks for your support. It’s time to start our next adventure and I can’t wait to do it with you by my side.

You never get to write the script, but if I could, it would go as far as a packed RDS or Aviva in front of thousands of Leinster and Irish Rugby supporters where I would have had the opportunity to thank you all.

The Leinster and Ireland supporters’ role in this journey has been special and running out in front of full stadia is what gives the greatest buzz and we have all missed that over the last few months and you appreciate it all the more now playing in empty arenas.

I remember when we played away in Toulouse in the European Quarter-Final in 2006. Nobody gave us a chance but we came away with a win and played some unbelievable rugby along the way. It was the first time that I could sense the belief in the support as well. That trip home to Dublin and looking into the eyes of the supporters that had made the trip. Belief.

You all felt the same as us. That this club could become a mainstay of European rugby, a firepower to be reckoned with and you’ve stayed with us for every step since.

For Ireland, the sea of green in Chicago and in Twickenham on St. Patrick’s Day for our Grand Slam decider are images that will be ingrained in me for life. 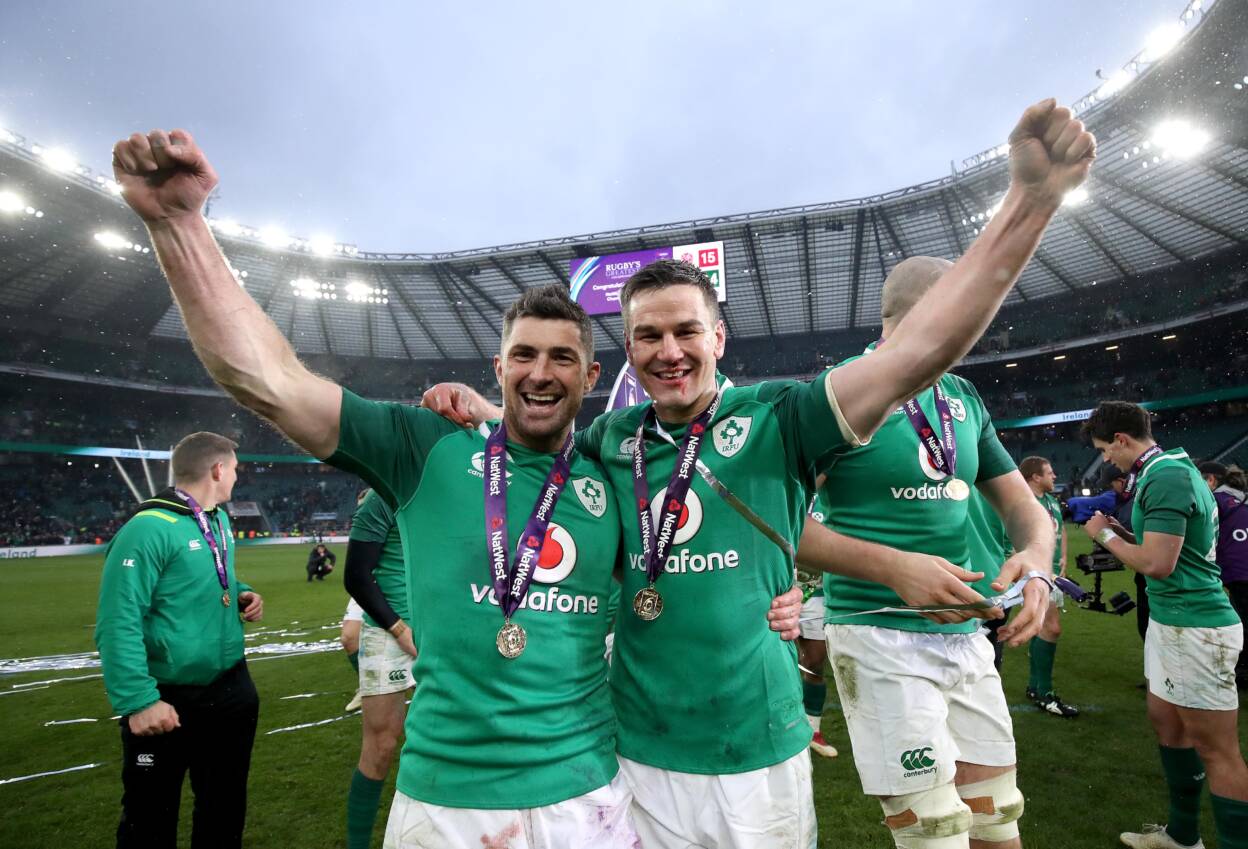 To get to that point though you need good coaches, good doctors, S&C and physios, good players and team mates and I have been very fortunate to have been surrounded by them in Dundalk, in Clongowes Wood College, in UCD and of course in Leinster and Ireland.

Michael Cheika who gave me my first Leinster cap and did so much for the club, Joe, Matt, Leo and Stuart. Each in their own way contributing to the journey and to the stars on the jersey and the trophies back at UCD.

I have also been very fortunate to have worked alongside some world class strength and conditioning coaches and medics. They have helped me through some tough periods in my career and I am forever grateful to them.

The medals and what you achieve are great but they are just by-products of good culture, good people and a relentless drive to do better. And we had that in spades in the teams I played with in Leinster and with Ireland.

There have been so many others that have played their part in my journey to this point and if I start a list now I will never stop but suffice to say you know who you are and over the next few weeks and months I’ll catch up and thank you in person.

I would though like to mention David McHugh and his team in Line Up Sports. David has been my manager but he has been more than that and is a very close friend and personal support over many years.

Thank you all once more and I look forward to being a supporter again, like I was in Dundalk all those years ago.