With the focus already on next season and blooding more new players, the Ireland Men’s Sevens team finished fourth at the Lodz 7s with their efforts securing another podium finish in the Rugby European Sevens Grand Prix Series.

Closing out the two-legged series with 32 points, Ireland ended up in third place just behind France (32) and new champions Germany (34). It is the third year on the trot that Anthony Eddy’s men have finished in Europe’s top-three, with all bar two members of today’s bronze medal-winning squad aged between 19 and 23.

Half of the squad this weekend have only made their Ireland Sevens debuts in the last two months, including Adam La Grue, Max O’Reilly and Jack O’Sullivan who won their first caps here in Poland. Impressive 19-year-old O’Reilly was Ireland’s joint-top scorer with four tries, alongside Terry Kennedy and Jordan Conroy.

Facing Portugal first up after topping Pool B yesterday, captain Jack Kelly and Adam Leavy’s counter-rucking led to an early penalty and Mark Roche unlocked the defence with a dummy and sharp sidestepping run to the whitewash. The lead was doubled by a fourth-minute penalty try, awarded for a high tackle on Conroy by the sin-binned Tomas Appleton.

However, Portugal were the better side for the middle part of the quarter-final and two impressive attacks from deep saw Duarte Moreira and Pedro Silverio both touch down, reducing the arrears to 14-12 by half-time. It got even better for them when Moreira picked from a ruck and sped in beside the posts, early in the second half. 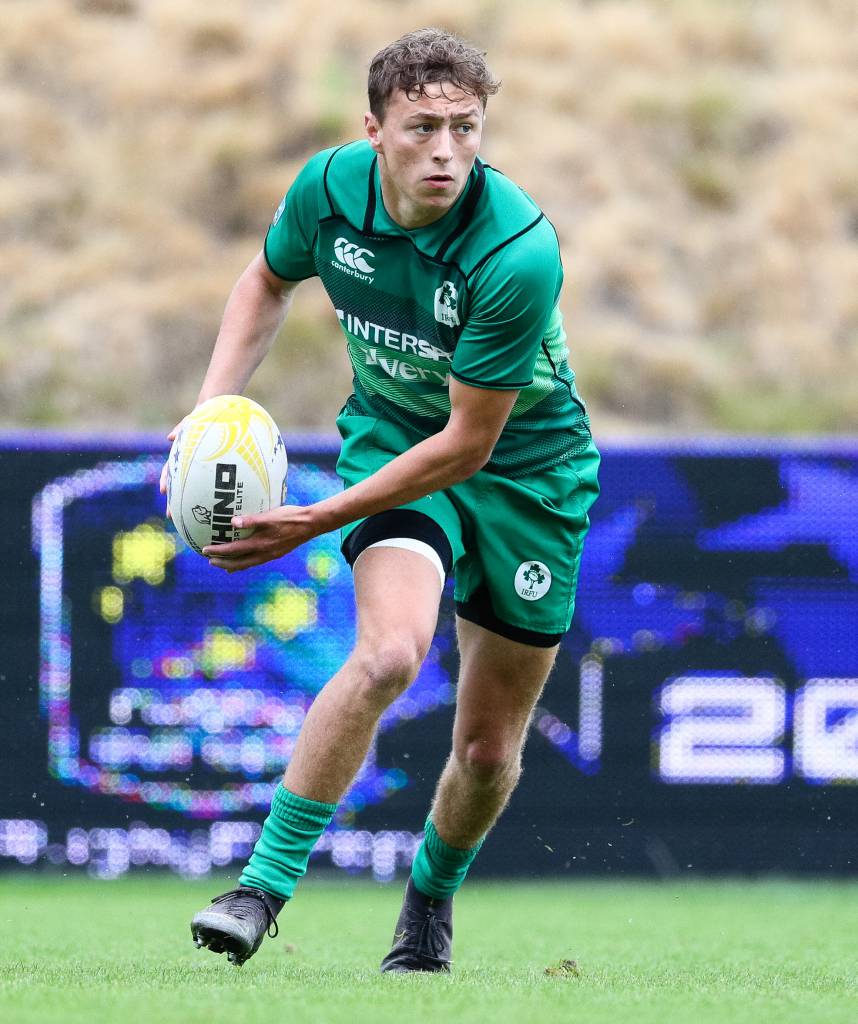 With Conroy nursing a knock, Ireland looked to their bench and newcomers O’Sullivan and O’Reilly made an immediate impact with a penalty win at the breakdown and a mazy run respectively. It was 19-all after Leavy threatened on the left and Kelly used a tap penalty to slalom over for the levelling try via Hugo Lennox’s well-timed pass.

Eddy’s side reclaimed the lead barely a minute later when O’Sullivan forced another penalty for not releasing, setting up an attack out to the right where recent Ireland Under-20 cap O’Reilly dotted down. A towering conversion from Roche pushed the margin out to seven points (26-19) and that is how it stayed.

With Kennedy proving an elusive runner, Ireland’s strong start to their semi-final against Germany led to Leavy opening the scoring in the fourth minute with some neat footwork from close range. Although Roche converted, Germany hit back to lead 10-7 at the turnaround as Tim Lichtenberg got on the end of two well-executed breaks. 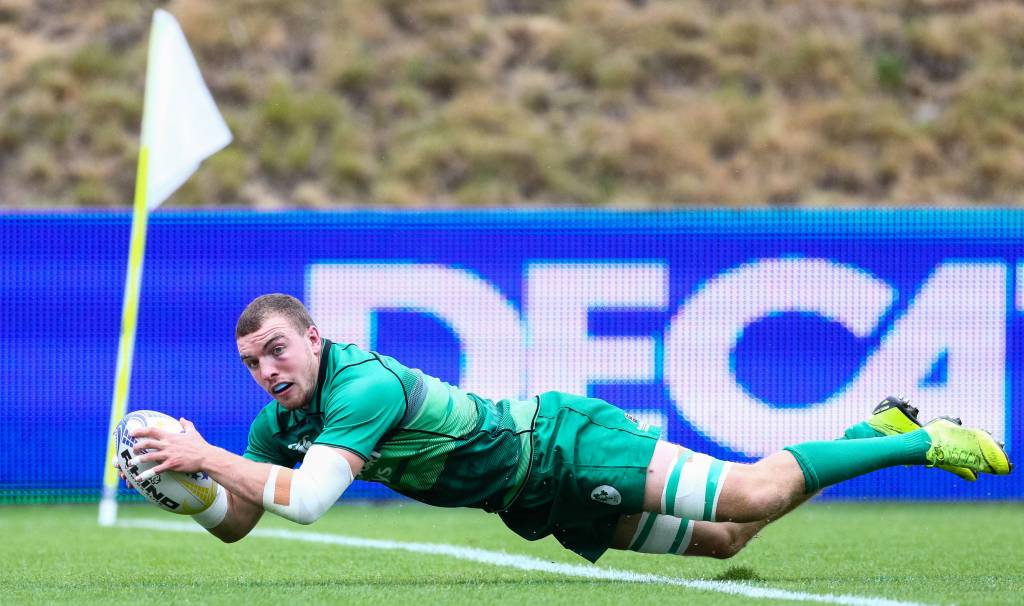 The Germans had eight players backing up from last week’s Olympic qualifier and their experience told in the end. The slippery conditions contributed to knock-ons from Roche and Lennox, while the newly-introduced Conroy was well marshalled by the defence. With a tackle bringing both Kelly and Daly the ground, space opened up on the right wing for Phil Szczesny’s last-time try to decide the contest at 17-7.

Ireland’s youngest line-up of the weekend took to the pitch for the Bronze final against Italy, and they were playing catch-up after Gianmarco Vian gobbled up a brace of tries for a 14-0 lead – including one from a lineout inside the Italian 22. Cormac Izuchukwu came closest to responding but was held up just beside the posts.

O’Sullivan, who had misplaced a pass to Roche during another promising first half attack, got Ireland on the board inside a minute of the restart following a strong counter-ruck. That came while Vian was in the sin-bin for a high tackle, and his return preceded a smartly-finished try from Conroy who broke a tackle and evaded a second defender on the right wing.

Despite their advantage being cut to two points, Italy soaked up further pressure – O’Sullivan was denied a second try by some interference by Leavy – and Alessio Guardiano’s offload off the ground sent Juan Wagenpfeil raiding in behind the posts to put the game beyond Ireland’s reach at 21-12. 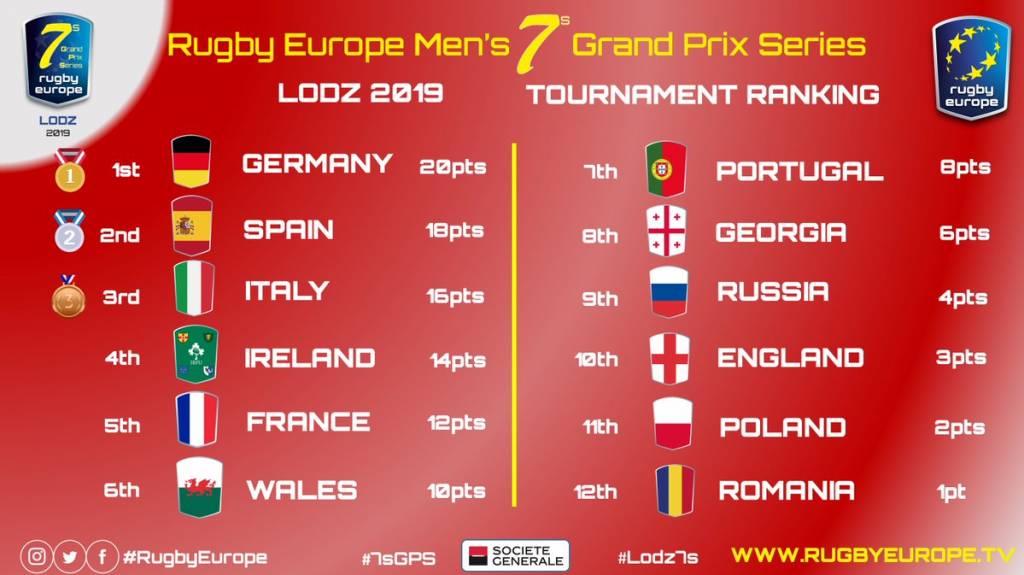 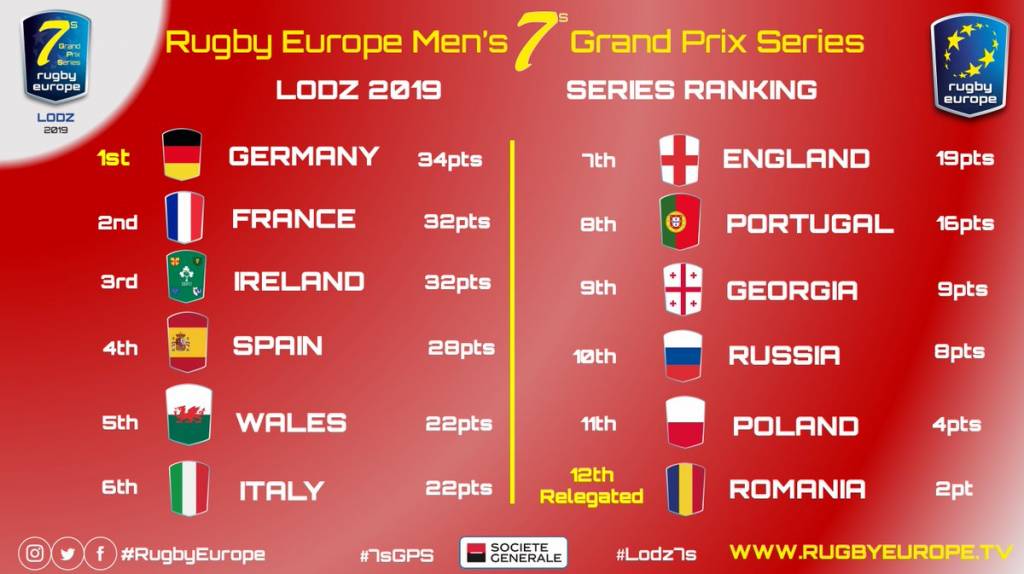 The full pools, results and final standings are available on the Rugby Europe tournament page.