The Ireland Men’s Sevens team will be second seeds at the upcoming Rugby Europe Olympic qualifying tournament in Colomiers after finishing as runners-up to France at the Moscow 7s this weekend.

With only the winning side in Colomiers (July 13-14) securing a Tokyo 2020 place, Europe’s leading Sevens nations clashed in the Russian capital where the qualifier’s seedings were decided. A France squad stacked with World Series experience went unbeaten across the two days, defeating England 24-19 in the semi-final and dethroning Ireland with a 31-26 final win.

Anthony Eddy’s men had lost 38-14 to les Bleus during yesterday’s pool stages, so an improved all-round performance on day two puts them in good stead heading into the Olympic qualifier where they will be top seeds in their pool in the 12-team competition.

The 2017 and 2018 Moscow champions edged past Spain (17-12) and Germany (17-10) in the earlier knockout rounds thanks to late tries from Hugo Lennox and Terry Kennedy, while Jordan Conroy (five) and captain Billy Dardis (four) were the team’s top try scorers.

This morning’s Cup quarter-finals at the Rugby Europe Sevens Grand Prix Series opener saw Ireland face Pool C winners Spain, who were first to strike thanks to a breakaway try from Alejandro Alonso. Conroy was well tackled by Pol Pla during Ireland’s first attacking opportunity, but there was no stopping him in the fifth minute after being put into space by Greg O’Shea and Kennedy.

With the scoreboard showing five points apiece, Ireland soon went ahead after Bryan Mollen, O’Shea and Jack Kelly combined to force a penalty on the edge of the Spanish 22. Possession was moved swiftly to the left where Kennedy deftly stepped inside three defenders and passed to O’Shea who fed Dardis for a 10-metre run-in and a straightforward conversion. 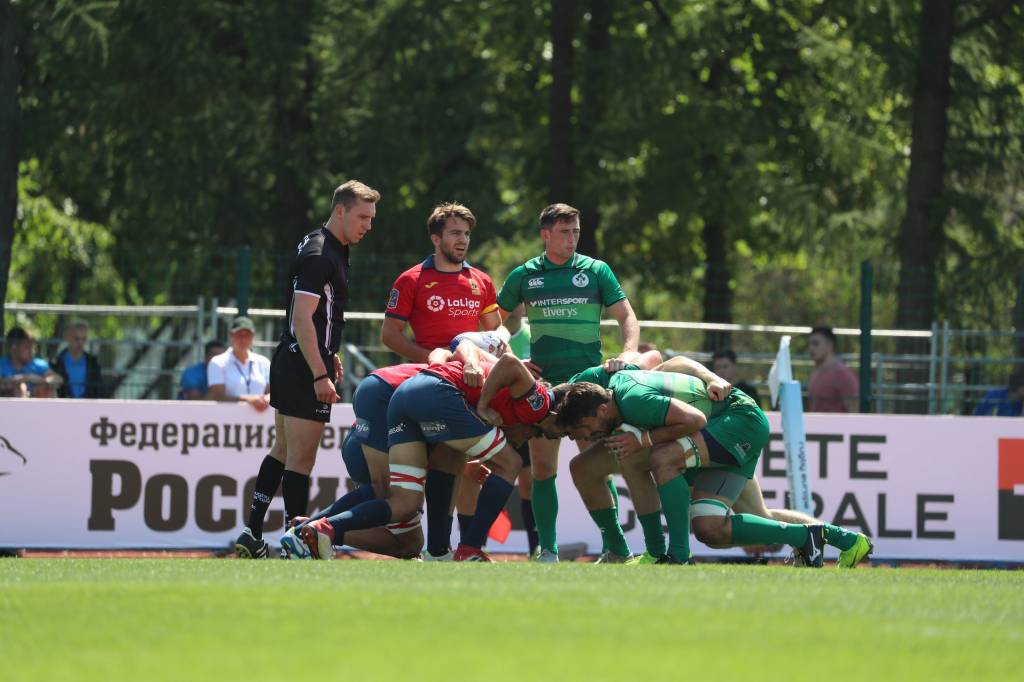 Spain absorbed some early pressure on the resumption, with Adam Leavy and Shane Daly sprung from the Irish bench. Los Leones broke through midfield and it took two tackles from Kennedy to deny them a try. However, a close-in penalty was tapped and a switch move put Pablo Fontes over to the right of the posts. Paco Hernandez’s conversion tied it up at 12-all.

A frantic final two minutes saw mistakes from both sides, but it was advantage Ireland after Pla was sin-binned for a tip tackle on Conroy. Spain leaked two further penalties, the second one seized upon by quick-thinking replacement Lennox who tapped immediately and sniped over from a few metres out for the match-winning try.

Ireland recovered well from an early semi-final setback – Germany’s Bastian Himmer crossed from his own kick over the top – as they built a 10-5 half-time lead. Kennedy’s flat pass released Mollen for a well-taken finish in the right corner, before Mollen’s lofted delivery set up Conroy in the final minute following some more elusive running from Kennedy.

Kennedy was pulled back for a forward pass as Ireland threatened to score again out wide, and the second half was just as tight and tense as the first. Germany got back on level terms with two minutes remaining, their accurate build-up play rewarded when Tim Lichtenberg touched down in the right corner ahead of Leavy.

Nonetheless, with Ireland capitalising on two German penalties to get back within striking range, a terrific sidestep from Dardis took him past Phil Szczesny from outside the 22 and he drew the final defender before passing for Kennedy to go in under the posts. Dardis added the extras to seal a hard-fought seven-point victory.

The tournament’s deciding game was a rematch between Pool A’s top two finishers, and France, who have a mammoth 1764 World Series games under their belts compared to the Irish squad’s 179, made the early headway with Remi Siega up in support to finish off Marvin O’Connor’s midfield break. They quickly made it 12-0 through captain Jean-Pascal Barraque after a strong counter-ruck and Siega’s assist.

Conroy showed his searing pace to skin Skiega on the outside for a tremendous 90-metre try, converted by Dardis, but France snapped back with their third try. A missed tackle in midfield allowed the tricky O’Connor to break free from inside his own half, although Conroy had the final say of the opening half, completing his brace from halfway via Kennedy’s well-timed pass.

The 19-14 half-time deficit was erased just 75 seconds into the closing half, as replacement Shane Daly sucked in two defenders and flicked an excellent offload away for Dardis to dart clear from 40 metres out and edge Ireland ahead. However, the Naas man miscued his restart and France built steadily for a converted try on the left from Manoel Dall’igna.

With France winning the restart battle and crucial possession from a messy 12th-minute ruck, they secured a match-winning cushion when Barraque weaved past a couple of defenders and passed wide for Pierre Mignot to step inside Mark Roche’s tackle and widen the margin to 10 points. It was five in the end, a high-tempo final set of phases from the men in green seeing Kennedy burrow over past two defenders. 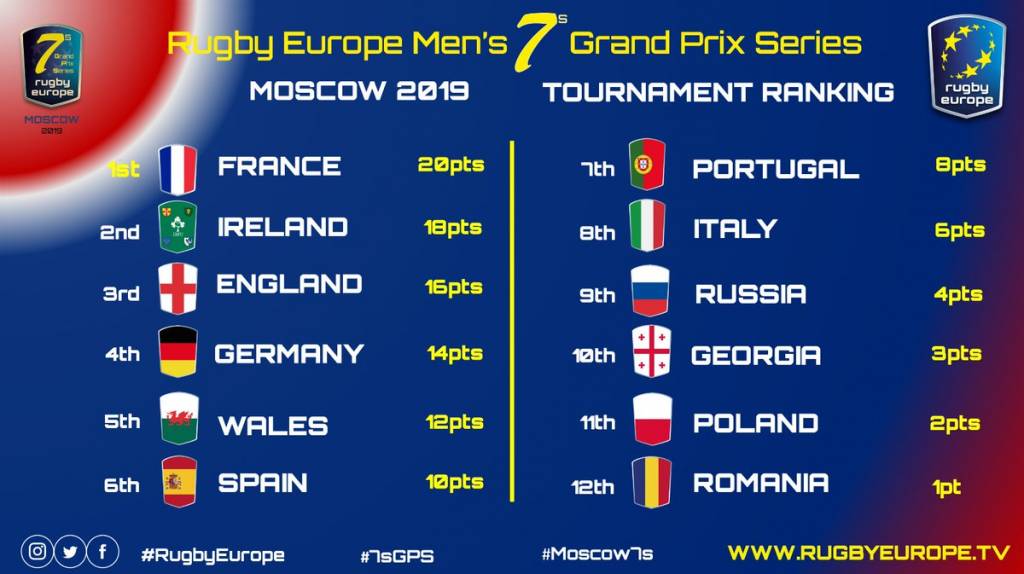