Debutants Max O’Reilly and Jack O’Sullivan got amongst the tries as a much-changed Ireland Men’s Sevens team finished top of Pool B on the opening day of the final Rugby Europe Sevens Grand Prix Series leg in Lodz, Poland.

St. Mary’s College speedster Terry Kennedy contributed four tries today, closely followed by Jordan Conroy and teenage newcomer O’Reilly on three each. It was a memorable Sevens bow for the 19-year-old who won his first two Ireland Under-20 caps at last month’s World Rugby U-20 Championship. 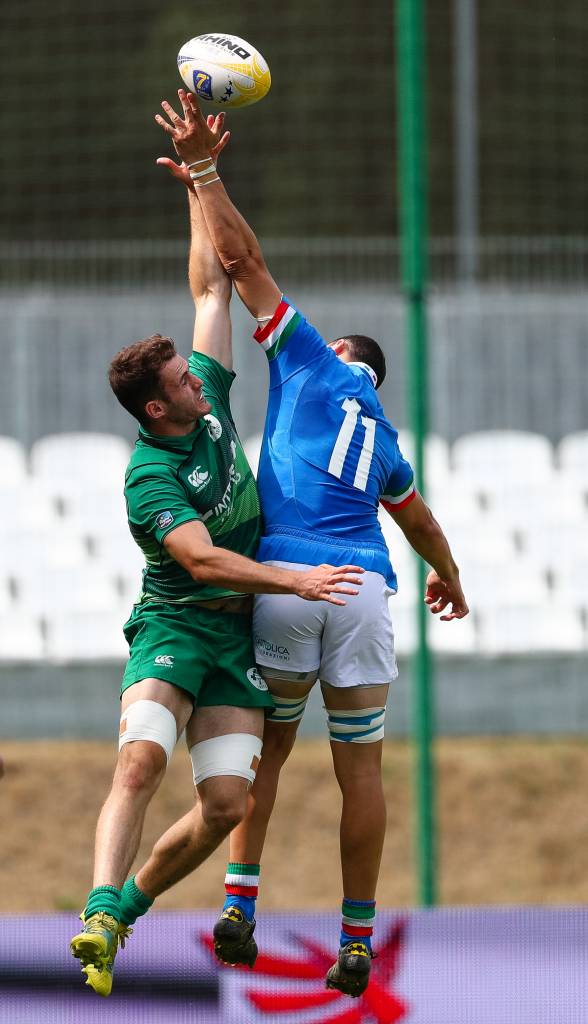 With a huge year ahead as Ireland step up as a World Series core team and also build towards the Olympic Repechage, Eddy selected an experimental squad with Dublin University and Leinster’s Jack Kelly taking the captaincy reins. The third player to make his Ireland Sevens debut was Terenure College’s Adam La Grue.

Eddy’s charges fell behind to a Mateusz Plichta try in the Poland game, but good work by Hugo Lennox released Cormac Izuchukwu who finished well from 35 metres out for a 7-5 half-time lead. Kennedy, Conroy and forward Adam Leavy were sprung from the bench and shared out the remaining four tries as Ireland ran out convincing winners.

Kennedy had a superb run in between two defenders, stepping around another and outpacing a final chaser for his opener, and then a well-timed burst of pace took Leavy to the try-line. A misplaced Polish pass led to Conroy and Lennox setting up Kennedy out wide, and Conroy cruised home from the right wing for the fifth and final try, converted by Sean Cribbin.

An impressive five-try second half performance saw Ireland emerge as 43-0 victors over Italy. Lennox had a try ruled out for a forward pass while Alessio Giardiano was in the sin-bin, before the ball was whipped wide for Conroy to finish off, taking a defender with him over the whitewash. 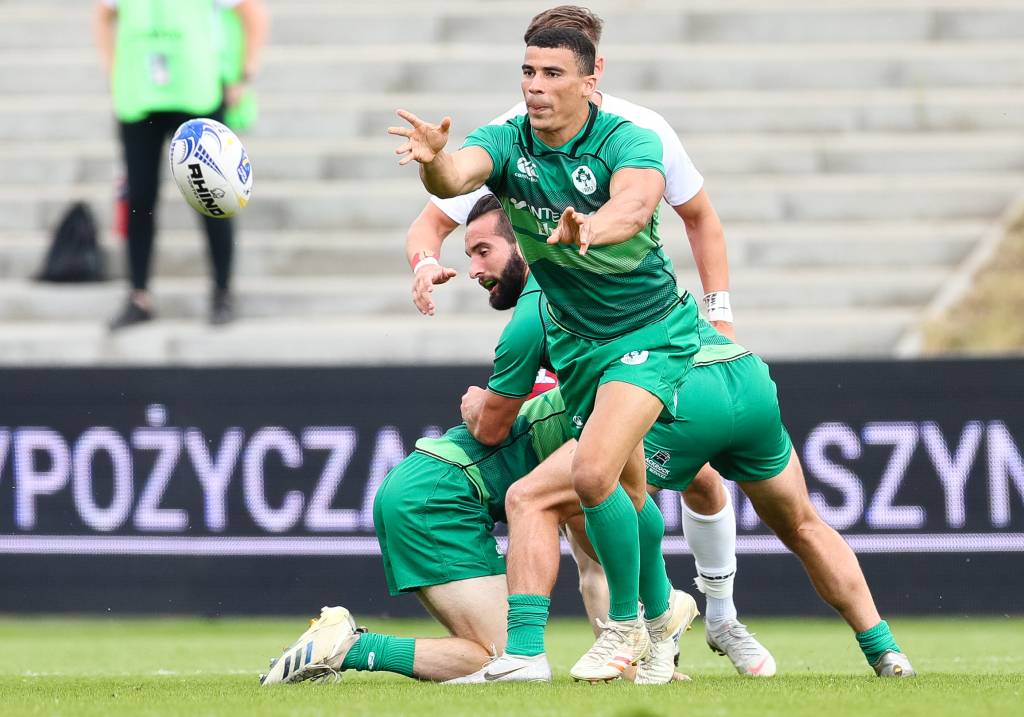 The jet-heeled Conroy doubled his and Ireland’s tally for a 12-0 half-time scoreline, and Kennedy and Cribbin were first to the breaking ball from successive restarts to race clear and push the margin out to 24 points. Cutting in from the left wing, Lansdowne back rower O’Sullivan opened his account soon after.

Following Cribbin’s slick break, La Grue passed back inside for O’Reilly to get on the scoresheet. He made it a quick-fire brace, Jack Daly and Izuchukwu making 50 metres between them before O’Reilly brilliantly used quick ball to outpace two defenders and scramble past a third, the big total topped off by a terrific Mark Roche conversion from the touchline.

Ireland went on to edge out Wales, relying on a strong three-try first half to see them through. The action swung back and forth with Roche’s try-saving tackle on Afon Bagshaw followed by a cracking try from Cribbin, whose initial break was carried on by Kennedy before the out-half nipped over from a ruck inside the Welsh 22.

O’Reilly pushed it out to 14-0 thanks to a nicely-taken intercept try from his own 22 just as Wales were building pressure. Ireland were clinical again past the half-time hooter as Kennedy ghosted in between two defenders and grounded the ball in the left corner ahead of the chasing Luke Treharne.

Early in the second period, Lennox made it 26 points without reply when he sent Leavy charging down the left wing and collected a return offload to dart in behind the posts. However, Wales were far from finished and they had Ireland’s lead under threat in a matter of minutes with a three-try fight-back.

Lloyd Lewis notched a breakaway try from a well-timed offload, Bagshaw scored via a strong hand-off and Dafydd Smith added the third from a turnover. Although it was back to being a seven-point game with just under a minute remaining, a high tackle on Roche allowed Ireland to wear down the clock and close out win number three. 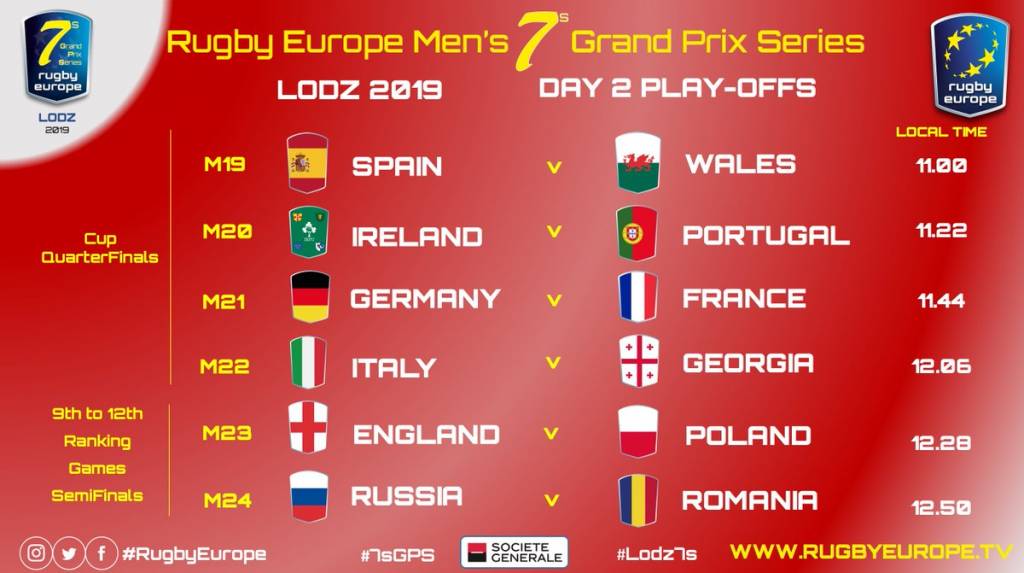 The full pools, results and fixtures are available on the Rugby Europe tournament page.