The Ireland Women’s Sevens team were left to rue a hugely frustrating 12-10 defeat to Spain as they missed out on a Cup quarter-final place at the Biarritz Sevens – the final leg of this season’s HSBC World Rugby Women’s Sevens Series.

They blew a try-scoring opportunity in the final seconds as close rivals Spain hung on to reach the last-eight, leaving Stan McDowell’s young side, who have seven players aged between 19 and 22, competing for the Challenge Trophy tomorrow with a semi-final against England (kick-off 12.28pm local time/11.28am Irish time).

The result added to earlier losses to Pool B heavyweights Australia (27-5) and Canada (27-10) respectively, but a try-scoring return and a good deal of game-time for Stacey Flood was a real positive, along with two scores for Amee-Leigh Murphy Crowe which keep her top of the competition’s try-scoring charts (33 tries) ahead of Sunday’s final games. 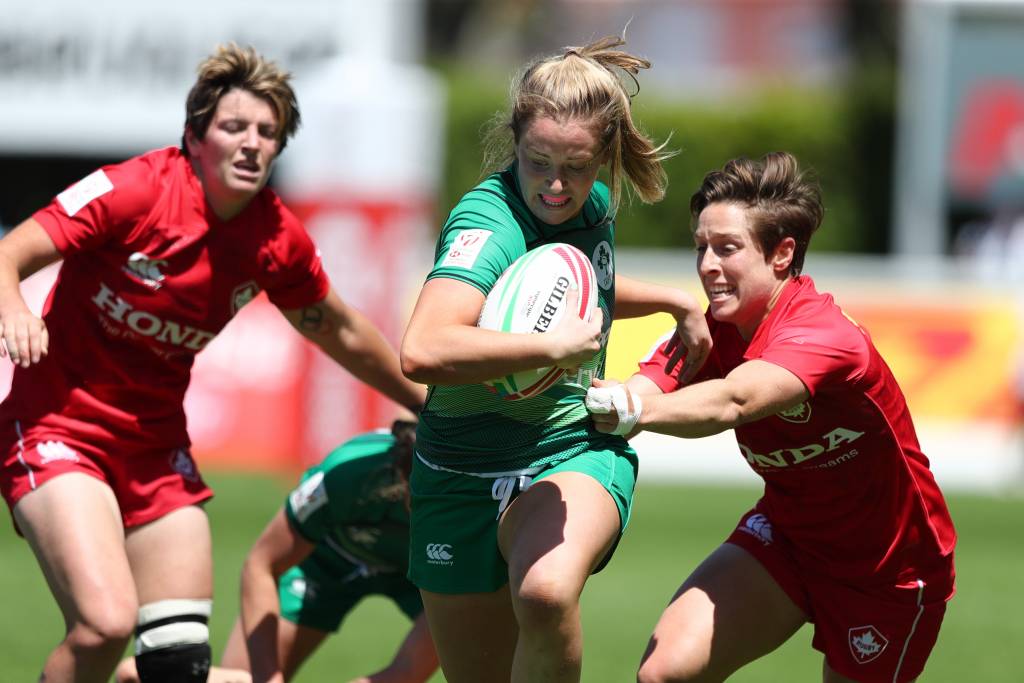 Ireland’s third and final pool match against Spain was effectively a shootout for a probable Cup quarter-final spot. Stand-in captain Murphy Crowe and her team-mates were the early aggressors, Hannah Tyrrell and Eve Higgins combining to slice through the middle before Louise Galvin was tackled just short and a quick recycle put Emily Lane over for an unconverted first-minute try.

Disappointingly, Ireland’s defence coughed up seven points from the restart as Patricia Garcia made the initial incision and then Maria Losada handed off Flood to raid over to the right of the posts. Garcia added the extras and that proved a vital conversion in the end with both of Ireland’s tries going unconverted. 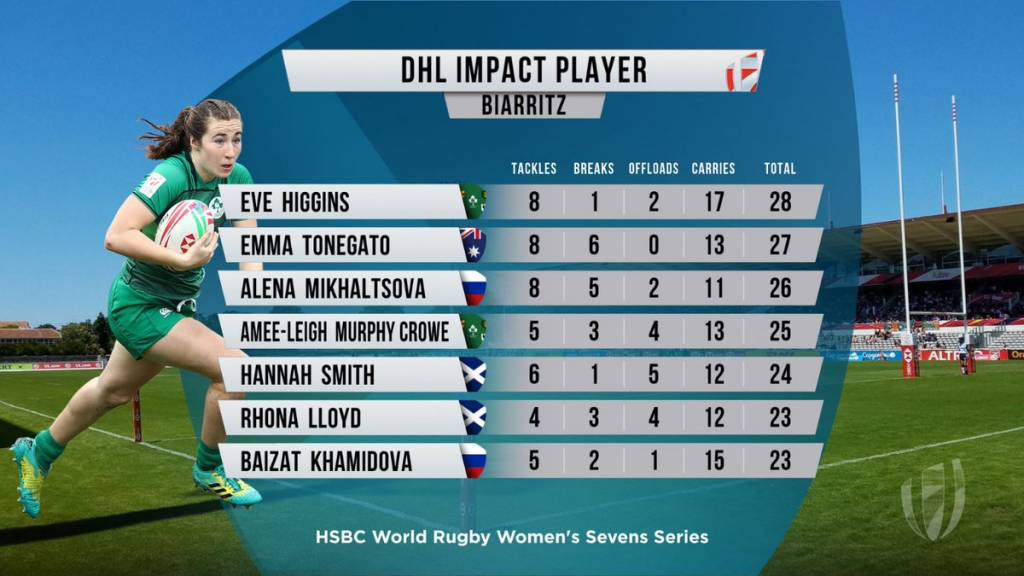 Higgins, who ended day one at the top of the DHL Performance Tracker list, Galvin and Tyrrell consistently made metres as they pinned the Spanish back in their 22. However, Ireland’s handling let them down with Lane just misplacing a pass which could have put Tyrrell over for a try right on half-time, while Brittany Hogan and Galvin both fumbled passes in promising positions.

That elusive clinical edge was restored for the start of second period when Tyrrell soared to pluck down Higgins’ kick-off, immediately charging into space, and she linked with Galvin and Higgins to release Murphy Crowe for the right corner and a hard-earned 10-7 advantage.

As Ireland hunted for a third try, Spain stung them with a breakaway effort as Anne Fernandez de Corres drew in a defender and released fellow replacement Sabina Hurtado on the outside for a run-in from halfway. Still, Ireland had a gilt-edged chance to respond in the dying seconds, but Higgins passed too late to Murphy Crowe, the Spanish scrambling back to force a game-ending knock-on from Kathy Baker. 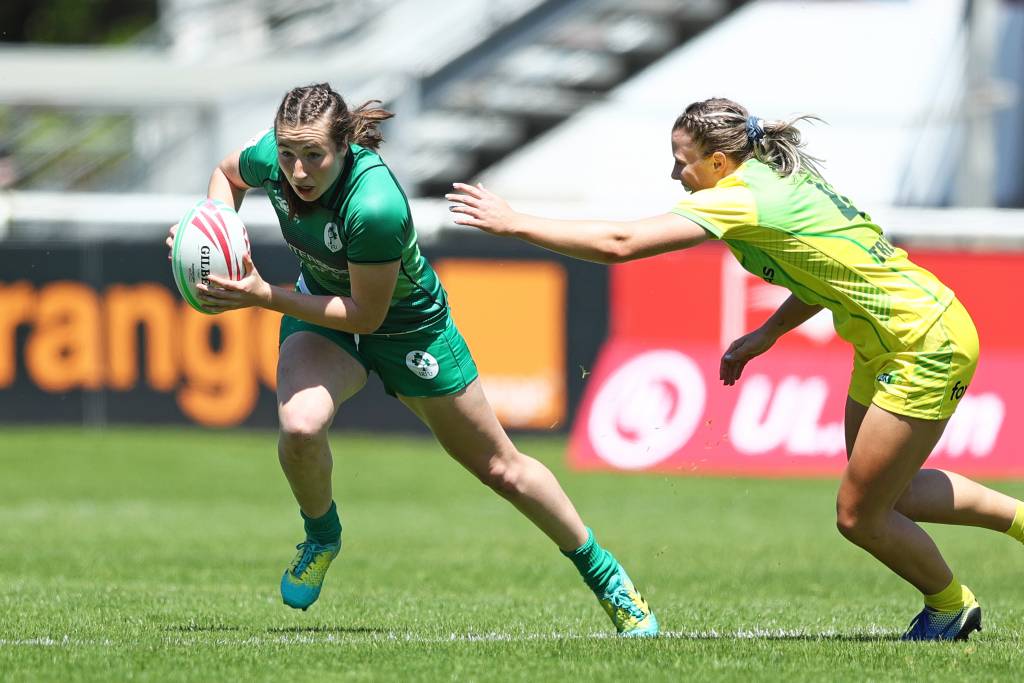 Earlier on at the sun-splashed Stade Aguiléra, a sluggish start from Ireland allowed Australia to break into a 17-0 half-time lead, with some slick attacking phases setting up early scores for Emma Tonegato and Evania Pelite. A third followed from Tonegato right on the hooter as Charlotte Caslick probed and chipped away at the Irish defence.

Starved of possession in the first half, McDowell’s charges managed to exploit some gaps thanks to the footwork and speed of the hard-working Tyrrell and Murphy Crowe. Flood, who is just back from a foot injury, and Megan Burns both provided some very good impact off the bench, the former reacting quickest to tap a penalty and snipe over for a much-needed five-pointer.

Nonetheless, a break from deep resulted in a smashing team try scored by Australian replacement Ellia Green. Ireland were then outmuscled in contact, a knock-on from Higgins and a subsequent high tackle leading to Pelite crossing wide on the left to seal a 27-5 victory for her team. 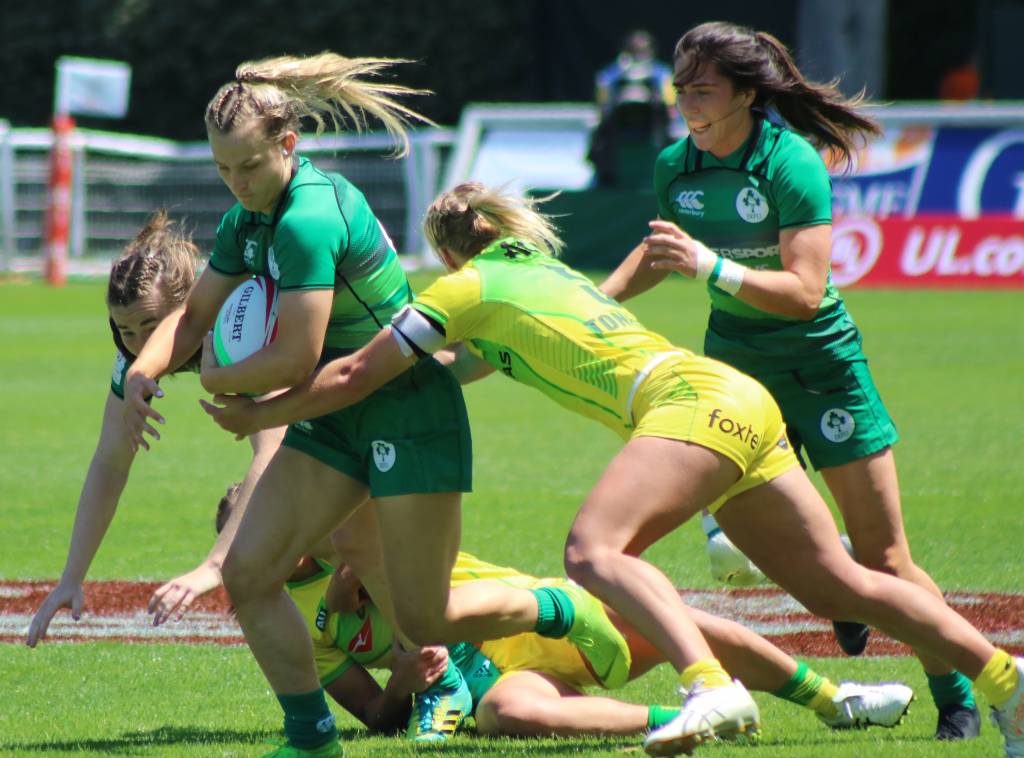 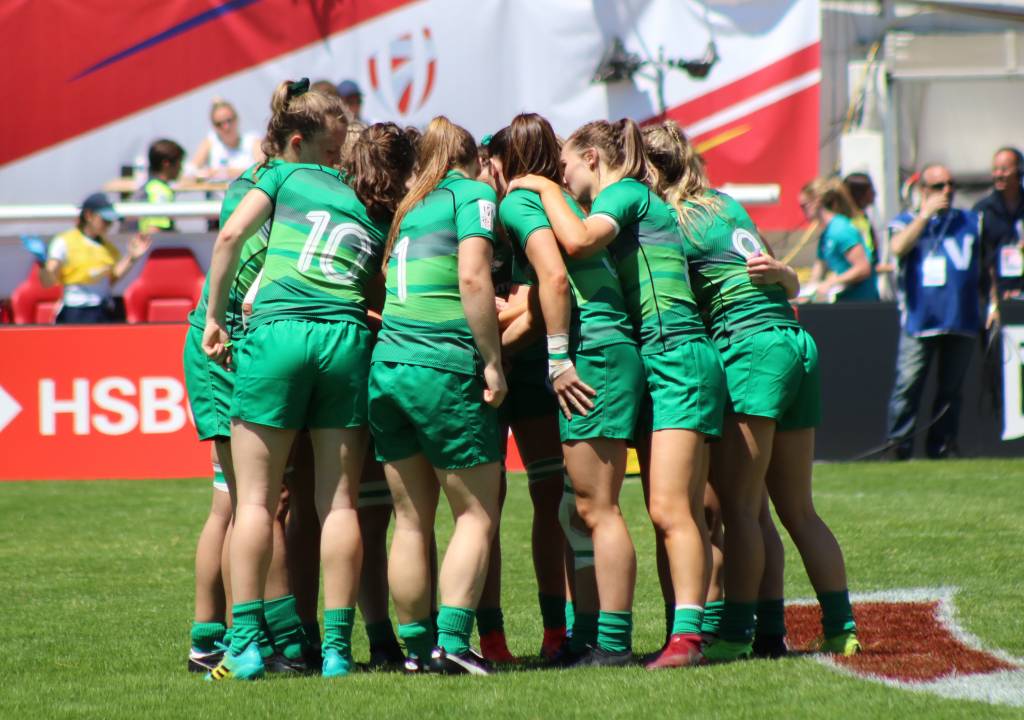 Ireland’s attack was much sharper early on against Canada, teenage out-half Higgins superbly stepping past Ghislaine Landry on the edge of the Canadian 22 and blazing through to touch down despite Brittany Benn’s determined chase. Fellow youngster Lane did well before that to secure possession from the kick-off and also connect with Galvin at a lineout.

Murphy Crowe doubled Ireland’s lead in the fourth minute, finishing expertly out wide past Kaili Lukan after some crisp passing and hard running off a scrum on the opposite wing. The long-striding Lukan was quick to make amends, darting clear from halfway to get Canada off the mark, and a smartly-taken Bianca Farella brace suddenly made it 15-10 at half-time.

Tyrrell’s turnover-winning tackle was just what McDowell had demanded in the half-time huddle, the upping of physicality leading to a try-scoring opportunity for Murphy Crowe but Lukan hauled her down. Canadian replacement Karen Paquin then got in for the steal and Benn was able to dash downfield and score. Canada’s dominance of the breakdown translated into a final try from Lukan.

More information on the Biarritz Sevens and the Women’s World Series, including where to watch, is available here. The matches are being streamed live on World Rugby’s online channels, including YouTube, Facebook and via www.world.rugby. Tickets are available to buy online here.