The Ireland Women’s 7s had a mixed second day at the Canada 7s in Langford and will be frustrated to have only finished in 11th place.

Having finished in 3rd Place in Pool A yesterday, Ireland found themselves in today’s Challenge Semi-Final where they slipped to a 19-12 loss to China, before putting that disappointment behind them to defeat Brazil 43-5.

In the first game of the day against China, the game started promisingly as Captain Amee-Leigh Murphy-Crowe scored within 30 seconds to put her side into the lead, but Ireland were guilty of numerous unforced errors and were made to pay through two first half tries. 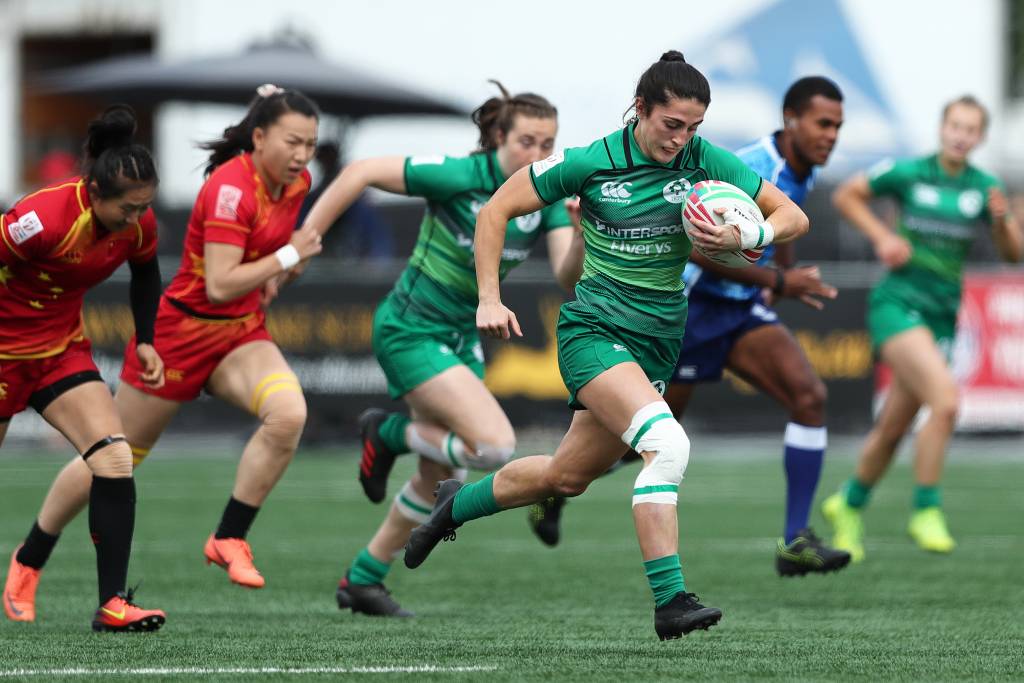 Ireland captain Amee-Leigh Murphy Crowe (who has scored 40 tries this season) cuts through the China defense for a try on day two of the HSBC World Rugby Women’s Sevens Series at Westhills Stadium in Langford on 12 May, 2019. Photo credit: Mike Lee – KLC fotos for World Rugby

From the restart of the second-half Ireland looked to be trying to force the game and there was a litany of dropped balls, penalties and inconsistent passes.

China crossed again for a converted try to put them 19-7 in front and despite Murphy-Crowe giving Ireland a lifeline, with her fifth try of the weekend, China retained possession from the kick-off and held out for the win.

This left Ireland in the 11th/12th Place Play-Off with Brazil.

The sides had met yesterday afternoon in the Pool stages, with Ireland running out 32-7 2 winners.

Eve Higgins was quickest out of the blocks, as she received the ball on the halfway and sprinted clear of the Brazilian defenders to touch down for a try, which she also converted.

Anna McGann then slipped a tackle to get over and then it was Murphy-Crowe’s turn to get over. 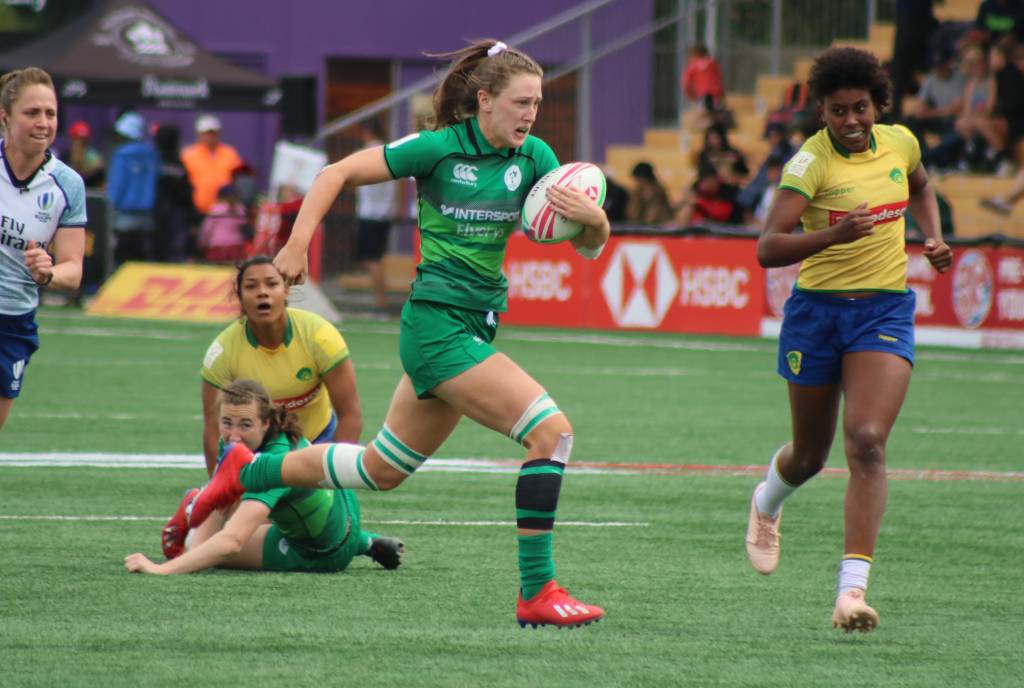 Anna McGann breaks through to score her second try

Brazil broke through the Ireland defence to score, but Murphy-Crowe and McGann both cross again.

Murphy-Crowe then completed her hat-trick, with her 8th try of the weekend, putting her top of the leader board for tries on this season’s World Series with 40 tries.

Aoife Doyle sealed the 43-5 win with the final try of the game which was converted by Hannah Tyrrell. 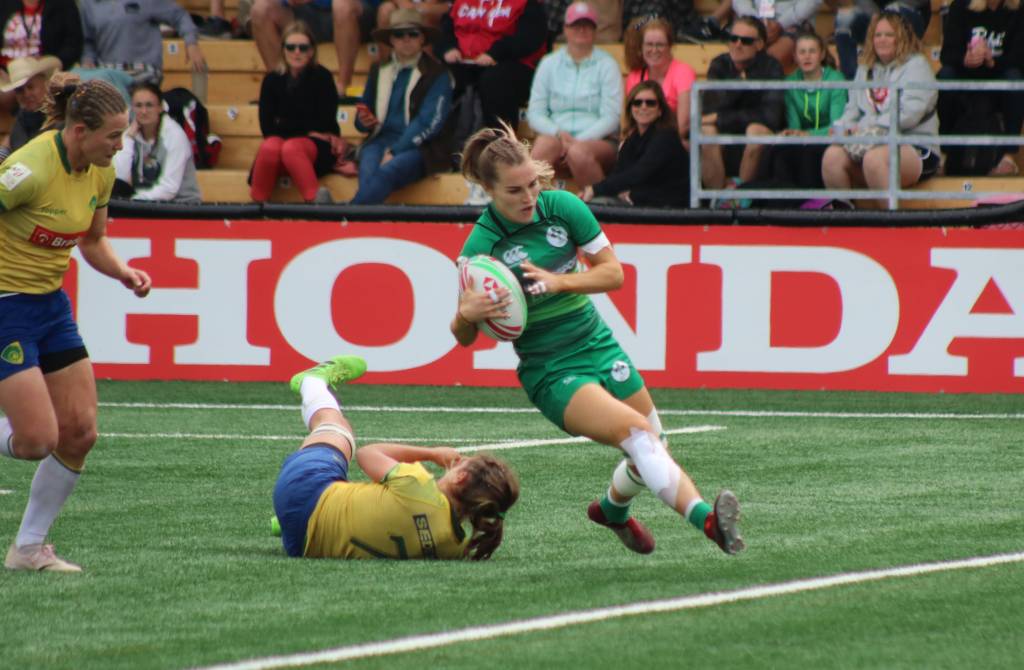 The result will give Stan McDowell’s young side lots of positives to take from the weekend, but they will also be forced to look back at some areas of the game where the can improve going forward.

The final round of the HSBC World Rugby Women’s Sevens Series takes place in Biarritz on the 15th and 16th June.