The Ireland Women’s 7s saw off European rivals Russia to finish the Kitakyushu 7s in 7th Place, at a tournament which showcased the unpredictability of the Women’s World Series.

It is the first final in history of the Women’s Series not to feature one of Australia or New Zealand, while England reached their first final in 16 tournaments.

Ireland, having made it through to today’s Quarter-Final against France on points difference, knew that a big performance would be needed to overcome Les Blues, who had yesterday beaten New Zealand in the pool stages to end the Black Ferns’38 game unbeaten run.

Ireland controlled possession well in the first half, but a turnover on their own line as the half-time buzzer sounded allowed Cecile Ciofani, who finished as top try scorer during the tournament with nine tries, to touch down and put her side 7-0 ahead at the break.

The French struck again in the opening minute of the second-half through Grace Okemba, and despite valiant efforts in defence from the Girls in Green, Chole Pelle sealed the victory for France, meaning Ireland would go into the 5th Place Semi-Final against Australia.

Ireland battled well in the opening exchanges with their Australian counterparts, being aggressive in defence and looking deny their opponents possession.

Emma Sykes got over for the Aussies, but Ireland immediately hit back through Amee-Leigh Murphy-Crowe who struck for her fifth try of the weekend. Captain Lucy Mulhall converted to send Ireland into the break leading 7-5. 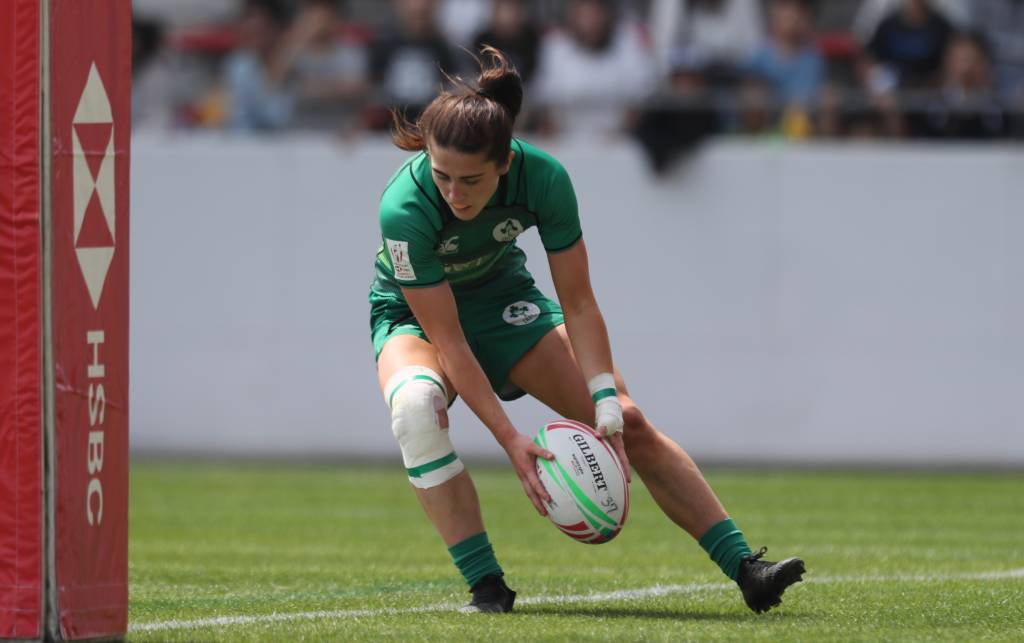 The Australians upped their performance in the second half and crossed for four unanswered tries to run out 29-7 winners, sending Ireland into the 7th/8th Place Play-Off against Russia.

With Captain Mulhall sidelined for this game having picked up an injury against Australia, it was left to the younger players in the squad to step up, and that they did.

20-year-old Emily Lane, winning just her 3rd cap had a very encouraging tournament overall and she turned creator for Ireland’s fist try, taking a quick tap and then setting 19-year-old Eve Higgins free to touch down to make it 5-0.

Baizat Khamidova hit back for Russia, taking a nice inside line, with Daria Lushina converting to put her side in front.

The Irish players worked hard in defence, with Aoife Doyle’s tackling standing out as she kept the Russians at bay.

Some strong running from Anna McGann and Brittany Hogan (both just 20) drew in the Russian defenders before Doyle showed soft hands to send Louise Galvin over and put Ireland back in front as the half-time buzzer sounded.

Russia caught the Irish napping on the restart and Daria Shestakova gathered, fended off Galvin and crossed to again give Russia the lead.

Ireland continued to work hard, and they were rewarded when Higgins crossed for her second of the game to give Ireland a 15-14 lead.

Despite some tense moments in the closing stages, the one-point buffer proved to be enough to give Ireland the win. 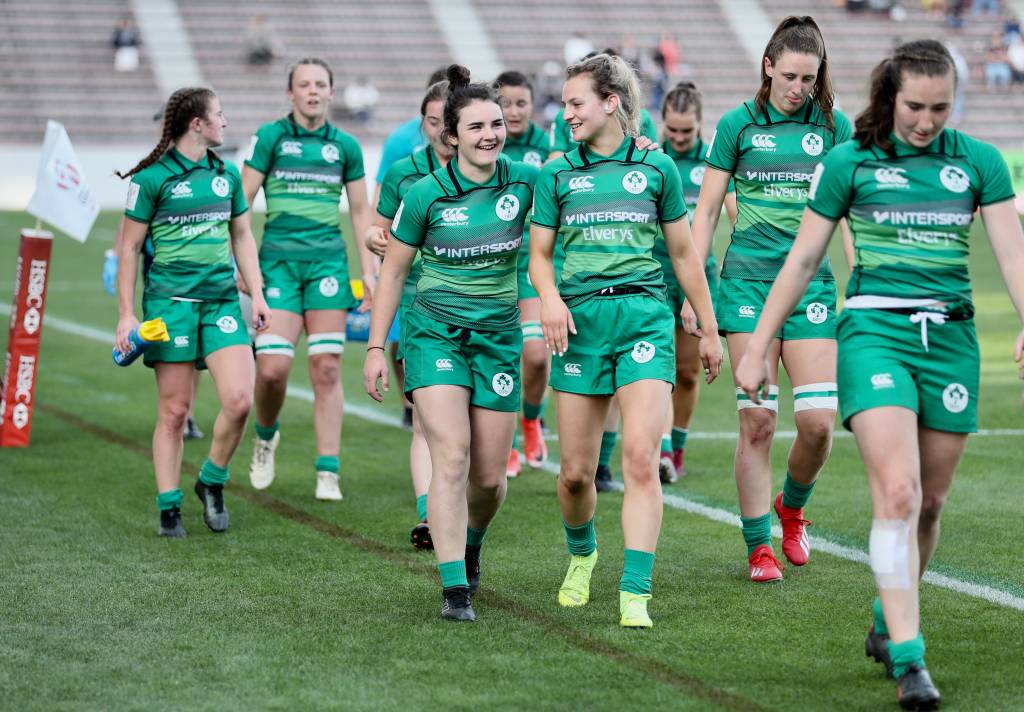 The payers leave the field after their win over Russia

The penultimate round of the HSBC World Rugby Women’s Sevens Series takes place in Langford, Canada on the 11th and 12th of May, and Ireland, who are currently in 6th place on the overall series table will be in Pool A with Australia, Canada and Brazil.