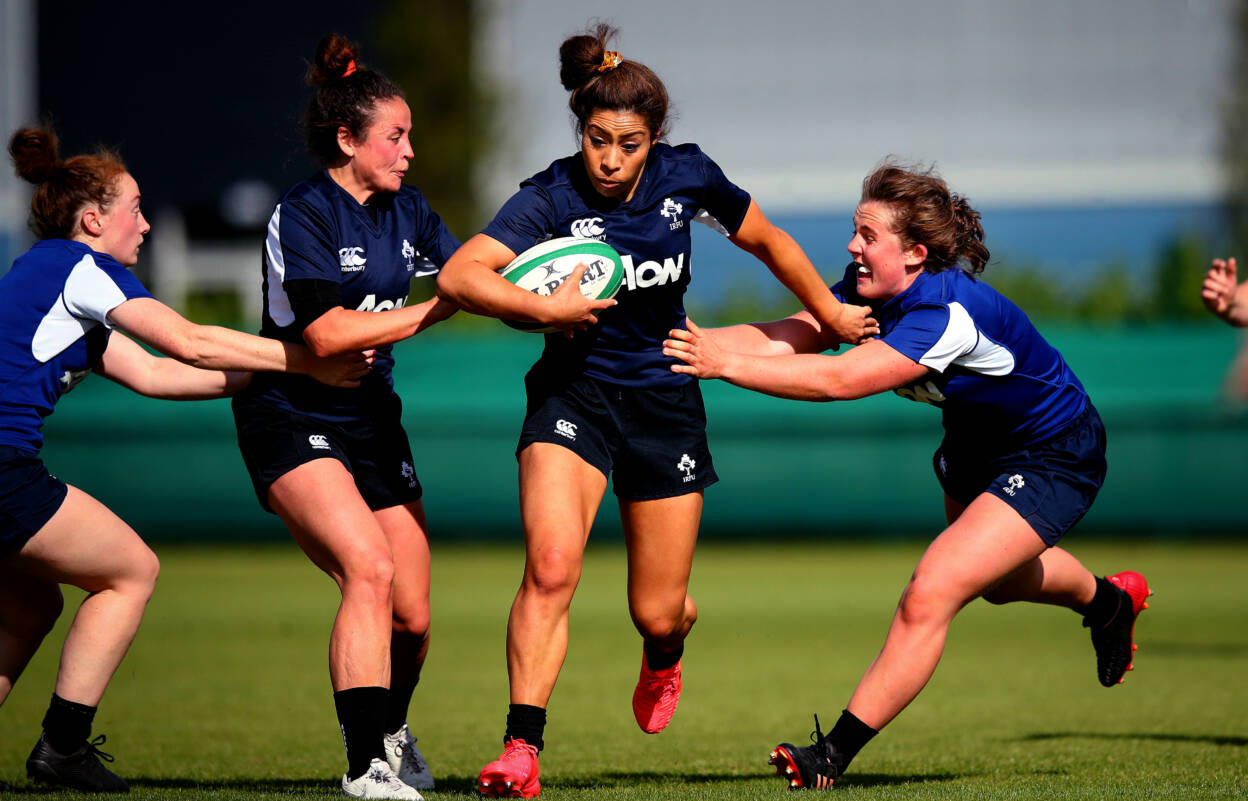 Ireland stepped up their preparations for next month’s re-scheduled Women’s Six Nations fixtures under bright blue skies at the IRFU High Performance Centre on Saturday, as Adam Griggs‘ squad assembled for the first of their two-day camps.

With just four weeks to go until the visit of Italy to Energia Park on Sunday 25th October (Kick-off 1pm), Ireland sharpened their focus and upped the intensity with back-to-back sessions on Saturday, building important cohesion and momentum ahead of a busy Autumn schedule.

An extended group of 35 players were put through their paces on the Sport Ireland Campus, with former captain Claire Molloy and IQ Players Anna Caplice, Cliodhna Moloney and Lauren Delaney among those linking up with the panel for the first time since March.

Speaking to IrishRugby TV, Head Coach Griggs said: “We’ve been in for a couple of one-day camps where we’ve just touched base with the players again to make sure they’re comfortable with what we’re leading into. Today is the first of the two-day camps and it gives us four weeks leading into Italy, and we’re going to step up our preparation and make sure as a whole squad we’re on the same page.”

While back-row duo Edel McMahon and Claire McLaughlin and second row Aoife McDermott have unfortunately been ruled out of the Six Nations period due to injury, Griggs added that all players reporting for duty were fit and raring to go.

“Everyone here over the next two days is fit and healthy and really raring to go. There is so much energy, we even had to taper them back in that first session making sure they know they have another one this afternoon. The energy and enthusiasm is great from the players and if we can channel that into accuracy in our performance then we’ll be laughing.”

Ireland resume their 2020 Six Nations against Italy in Round 4 before travelling to Lille to go head-to-head in France on Sunday 1st October (Kick-off 1.30pm). From there, Ireland’s focus will switch to the Rugby World Cup 2021 European Qualifiers, which are scheduled to be played as a single round-robin tournament on the weekends of 5th, 12th and 19th December.