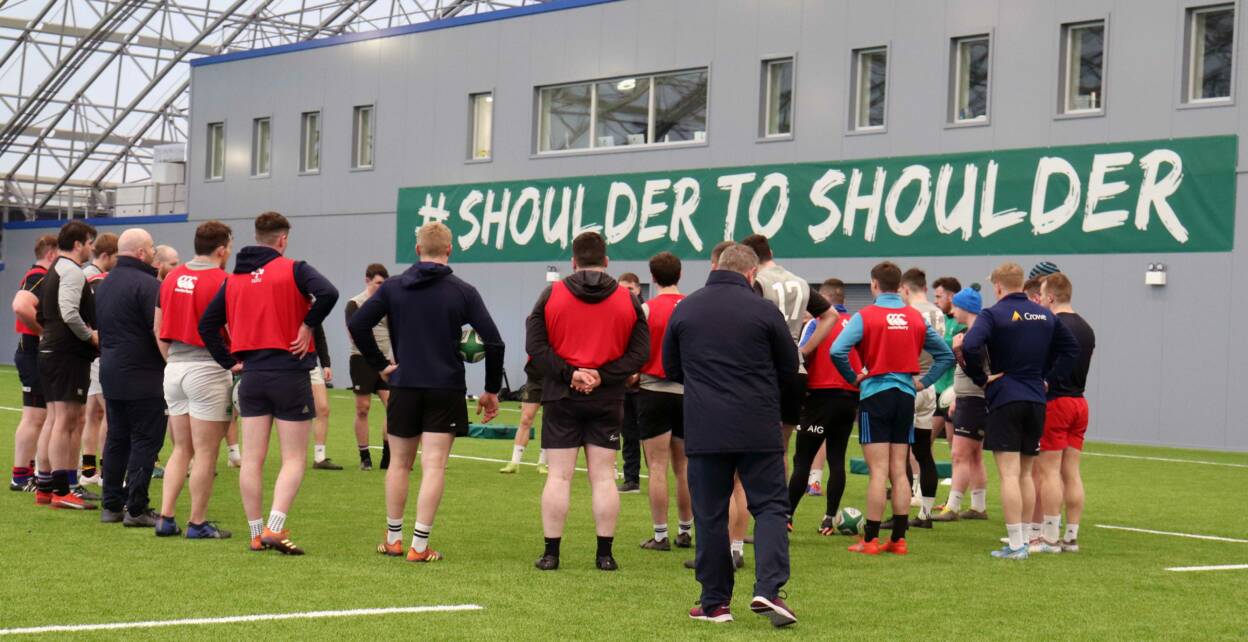 Intensity is ramping up in the Ireland Club International Squad as preparations continue for their two-game series against Scotland Club XV.

The players have just one more camp to prove to Head Coach Gearoid Prendergast they deserve to don the green jersey as one of the best amateur players in Irish Rugby.

“I mentioned that from Week One. Obviously from a technical and tactical perspective, you’re looking for high levels of competency also.”

“But if had to pick a word it would be ‘attitude’. How they arrive. How they get into the very first thing in the warm up. Who’s really sticking their hands up in particular positions?”

The match day squad for the first game of the 2020 Club International Series will be finalised next Monday January 27th. The squad fly out on Thursday January 30th to take on Scotland Club XV in Galashiels the following day.

The fate of the Dalriada Cup will be decided in Dublin on Friday February 7th when the sides meet again in Energia Park. Tickets for that game are available now via Ticketmaster.

There are also two rounds of Energia All-Ireland League action to contend in January meaning additional players have been given the chance to put their hands up for selection.

John Sutton returns to the squad having played his part in the 2019 series win. Lansdowne’s Greg McGrath joins Peter Silvester as the second player from Ireland’s 2017 squad at the World Rugby U20 Championship to be part of the setup.

Portumna native Peter Claffey signed a senior contract with Connacht in 2018/19 and his been playing with Terenure College this season. The second row has also been drafted in alongside club mate Liam Hyland. Hyland has made over 150 AIL appearances at tight-head prop. He’s from Ballacolla in Co. Laois and previously played with Garryowen and UCD.

2nd row Colm Gallagher becomes the first player from Blackrock College to enter the programme in 2020. Gallagher joined from Highfield for this season, having been named Senior Player Of The Year for the Cork club in 2018.