Cork Constitution out-half Aidan Moynihan amassed an impressive haul of 14 points to ensure the Ireland Club team drew with Scotland Clubs and won the Dalriada Cup for the first time since 2014.

Although a late Peter McCallum try earned a share of the spoils (19-all) at Energia Park, Ireland’s efforts in securing a 23-9 success at Netherdale last Friday meant they finished as 14-point aggregate winners over the two games, regaining the Dalriada Cup which Scotland had retained for the last number of year.

Another big performance was required by Ireland’s leading All-Ireland League players if they wanted to claim the silverware against their Celtic rivals, as Scotland, who were hugely disappointed by last week’s home defeat, were not in the mood to relinquish their crown without a fight. 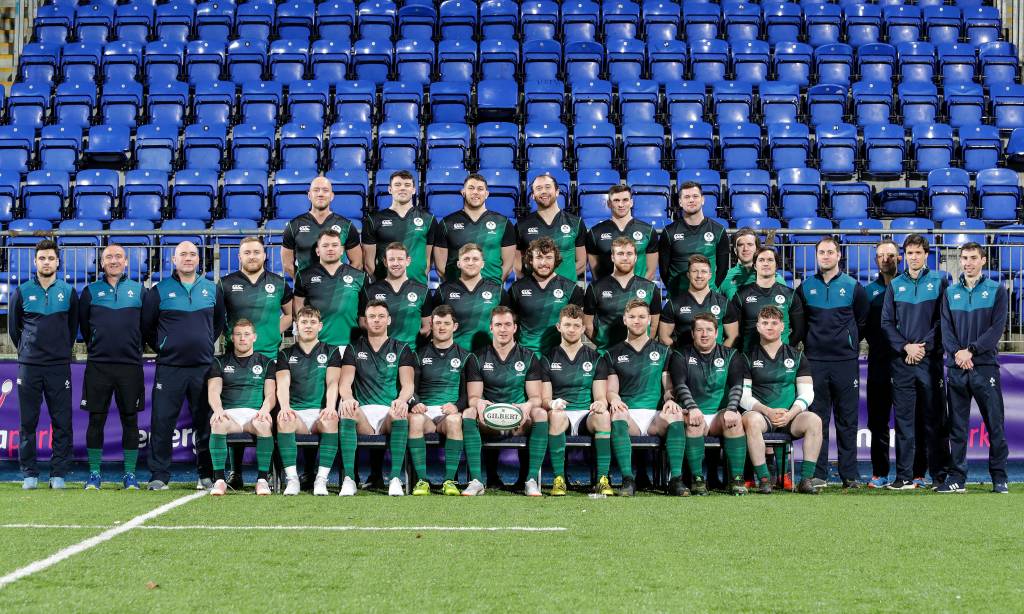 Rob Chrystie’s men signalled their intentions inside the opening minute when they carved through the Irish defence for a deadlock-breaking try. Following a fine break downfield on the all-weather pitch, full-back Craig Gossman released centre Robbie Nelson for a stunning score after just 40 seconds.

Nelson’s Currie Chieftains team-mate Greg Hunter added the conversion to cut the aggregate deficit in half. This was an early shock to the system for Ireland, who were heavily back-boned on the night by Division 1A’s leading trio of Cork Constitution, Lansdowne and Clontarf. In all, thirteen league clubs were represented across the matchday squad.

Coached by Morgan Lennon and Johne Murphy, the home side regrouped and duly went through a number of attacking phases close to the Scottish posts. Despite UCC scrum half John Poland being turned over with the try-line in his sight, the Ireland Club team continued to dominate possession as the first quarter developed.

A close range penalty was knocked over by the reliable Moynihan, and Ireland’s response to the early setback had been impressive, with Club international debutant Dan Walsh from Young Munster beginning to find his feet in the back row alongside Michael Melia and Luke Cahill, last Friday’s try-scoring man-of-the-match.

Daniel McEvoy and Michael Brown were providing a strong attacking outlet on either wing, while captain Niall Kenneally exerted plenty of influence on the midfield exchanges. Scotland held their discipline before the formidable Irish pack started to flex its muscles. Their excellent scrum penalty, 30 metres out, allowed Moynihan to cut the gap to 7-6 with a clinical strike from the tee. 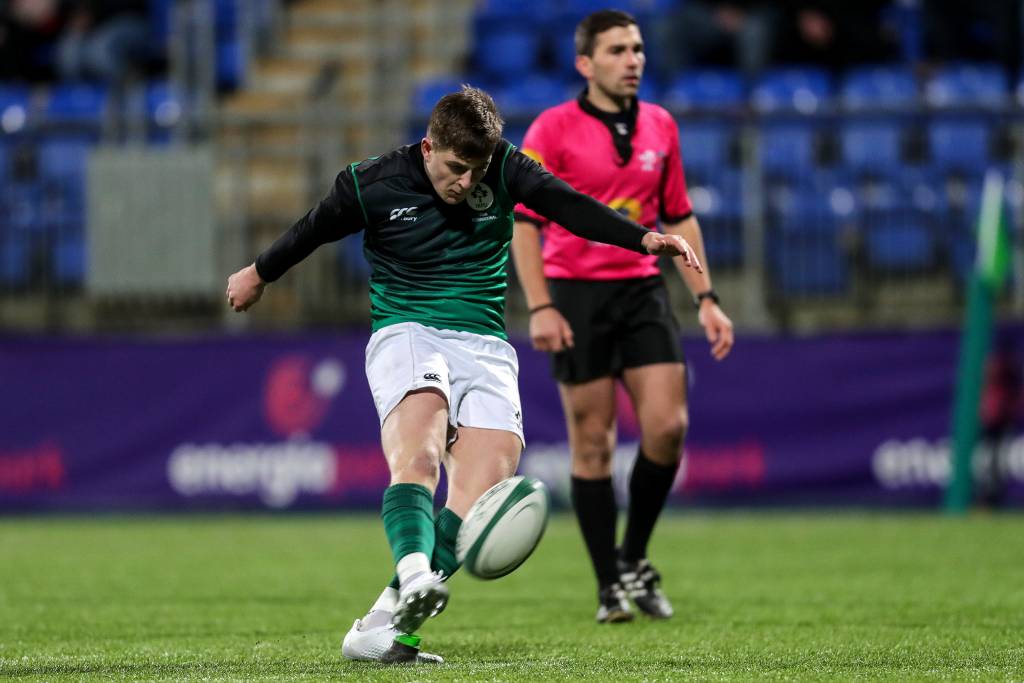 Scotland maintained a potent threat, though, and a lineout maul edged them towards the whitewash until a turnover penalty eliminated the danger for Lennon’s men. It was proving to be a tight and physical first half with neither side willing to give an inch. The Scots went into the break leading by the minimum, but Ireland still had an stranglehold on the series with a 13-point buffer.

Yet, having absorbed an early second half surge, the Scotland Clubs selection gained another potential lifeline in the 46th minute. The sin-binning of experienced centre Matt D’Arcy, following an off-the-ball incident, gave them a numerical advantage. However, Ireland weathered the storm and were in control of the ball when D’Arcy returned from the bin. 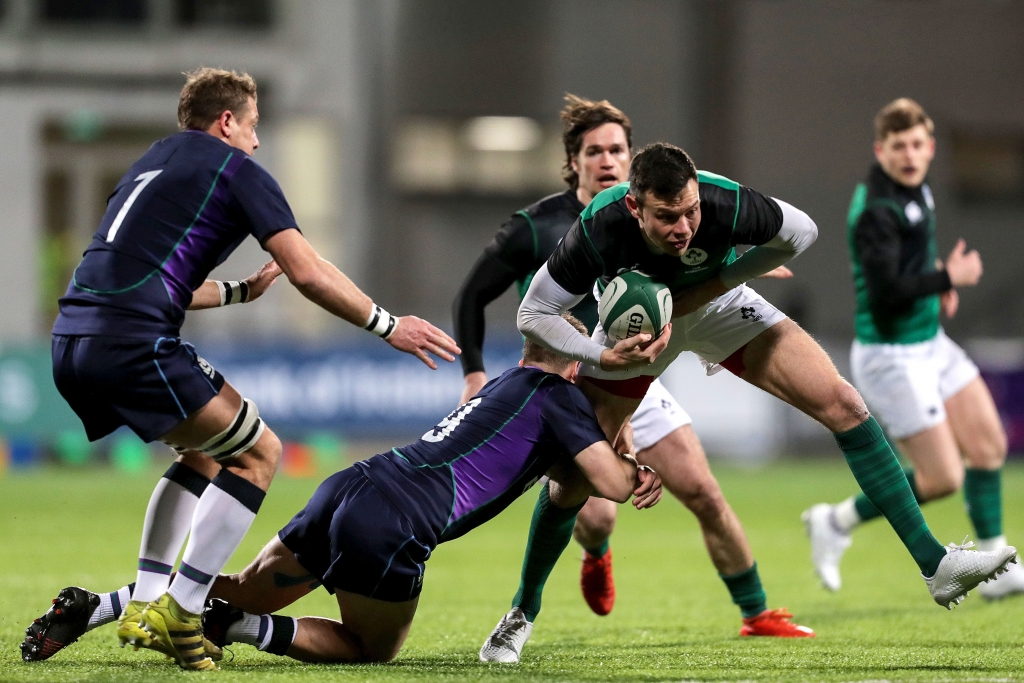 Moynihan wisely kicked a tightly-angled penalty to touch on 58 minutes as it heralded the move that led to their only try of the night. A series of five-metre drives put Scotland on the back foot and Irish perseverance paid off in the form of Conor Kindregan’s powerful finish. It meant that all three of Ireland’s tries in the 2019 series were scored by Cork Con players.

Moynihan added the extras to his club-mate’s crucial try, and the assured out-half’s penalty inside the final quarter looked set to draw the game towards an inevitable conclusion with Ireland now 16-7 to the good. Scotland were far from finished and an incisive 65th-minute attack ended with winger Kyle Rowe touching down out wide.

Another Moynihan penalty success – this time from the left hand side – kept Lennon’s charges on course, and despite Scotland skipper McCallum completed a late attack with their third try, converted by Hunter, it could not spoil Ireland’s party as they celebrated an undefeated series performance and the long-awaited recapture of the Dalriada Cup.