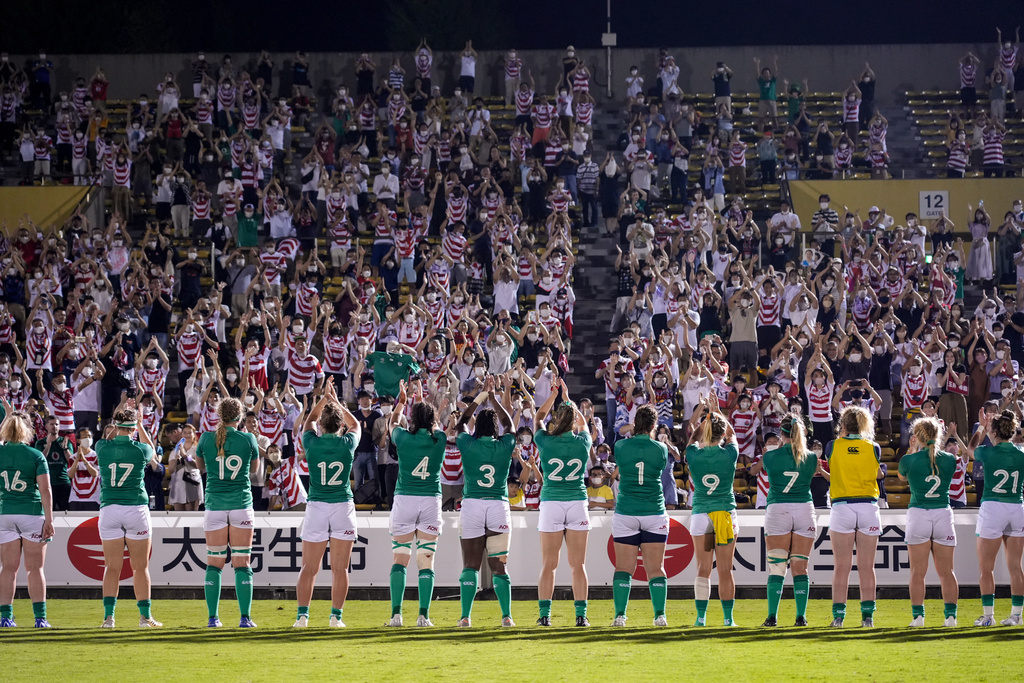 Ireland ‘got on the wrong side of the referee’ with some poor discipline, but head coach Greg McWilliams was pleased with the progress made across Ireland’s first ever summer tour which ended in a drawn series.

“From where we were in the Six Nations, we showed great endeavour,” he told Irish Rugby TV following the 29-10 defeat to Japan in Tokyo.

“Things didn’t go well in the second game but there’s a lot to learn from this tour, and we’ve capped everyone who came on tour. Players like Sam (Monaghan) and Dorothy (Wall) are big players to lose but the girls who came in stuck to task.

“Everything clicked for Japan today. It was a tough for week for us, we put so much into that first Test.

“The more we can train with the players, the more we can prepare them for that second week. I hope everyone is proud and we can’t wait to go home and see the families.”