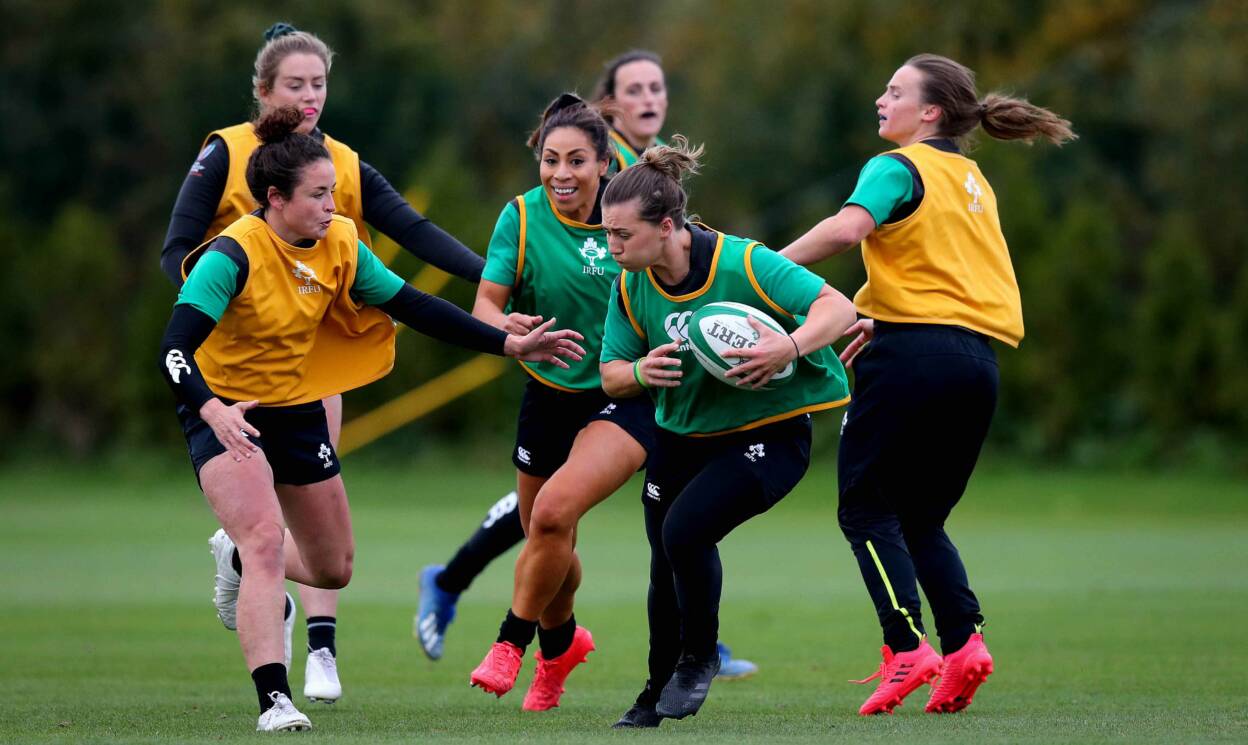 Director of Women’s and Sevens Rugby Anthony Eddy says Ireland Women are putting the work in over the coming weeks to make the most of their opportunities in 2021.

The squad will be in camp at the IRFU High Performance Centre at Sport Ireland Campus in November and December.

“It just gives us a really good opportunity to get better,” he told Irish Rugby TV. “We can play internal games against each other – a possibles v probables type scenario.

“We can train with some really good intensity and develop areas of our game.”

The squad have been adapting their schedule and workload throughout the year to work within the confines of public health measures. The focus however has never strayed however from what is on the horizon.

“Moving forward into 2021, we’ve still got to prepare for the six nations and also look at the window of when we’re going to squeeze in the World Cup qualification process.

“We’re working with World Rugby and Rugby Europe at the moment around what that process will be. Hopefully we can finalise it over the next couple of weeks.”

The HSBC World Rugby Seven Series has been subject to major disruption in 2020 and the Dubai and Cape Town rounds scheduled for November and Decemeber are not going ahead. Eddy and the wider programme are choosing again to see challenges as opportunities.

“We’ve always dropped a number of players out of the 7s back into the 15s,” he said.

“The fact that the World Series isn’t happening at the moment, it gives us another opportunity to put other players in with the 15s as well.

“We’ve got Amee Leigh Murphy Crowe there at the moment, Stacey Flood and a number of other players that can come into this programme and put their best foot forward and  hopefully put some pressure on some other players and compete for selection.

“Whether you’re part of the 7s programme or you’re in the 15s programme, ideally we’re one programme and everyone wants to play.

“That’s the position we’re in at the moment. It would be lovely to play games, but we’re not in a position to play games at the moment so we’re training hard against each other in preparation for next season and actually having some really good competition internally around selections.”