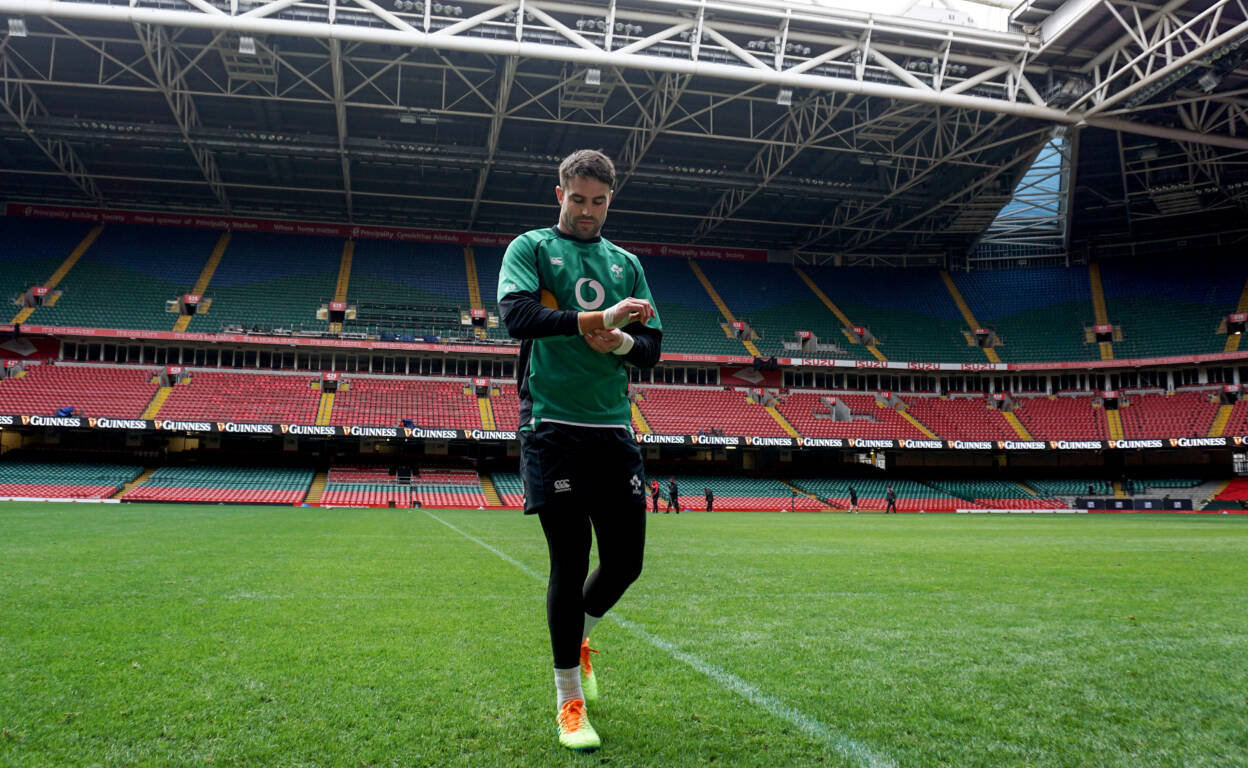 After arriving in Cardiff on Friday, Ireland enjoyed a short run-out at the Principality Stadium to build further towards Sunday’s Round 1 clash (Kick-off 3pm).