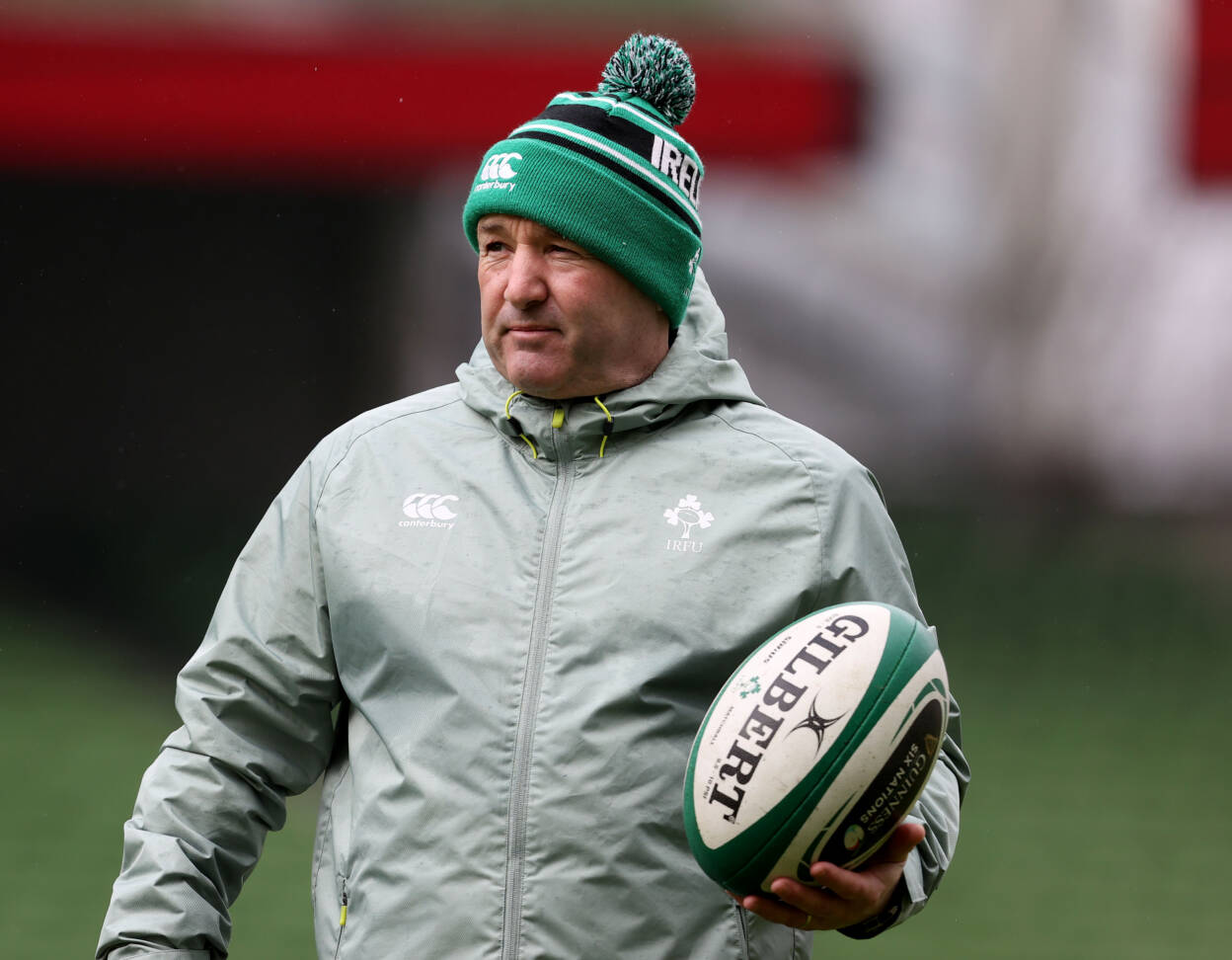 Following a disruptive week, Ireland skills and kicking coach Richie Murphy was pleased to report that the squad came through the Captain’s Run at the Aviva Stadium completely unscathed.

In recent days, Jonathan Sexton, James Ryan and Conor Murray were ruled out of contention for the visit of the France, but the 23 players selected on Friday all reported for duty with a clean bill of health.

As part of his remit in Andy Farrell’s coaching team, Murphy works closely with the Irish half-backs. As disappointed as he was to see Sexton and Murray missing out on the first home game of the Championship, he has total faith in the abilities of Billy Burns and Jamison Gibson-Park.

“It’s pretty exciting obviously to get the guys in. Losing Johnny and Conor Murray is a big loss for any team, but we’re really excited to see Billy and Jamison take the field.

“Those guys have trained really well over the last few weeks and we’re hoping for a big performance from both of them,” he insisted.

Indeed, with further rain expected in Dublin on Sunday, Murphy believes there will be an onus on Ireland’s latest half-back pairing to dictate the flow of the game.

“It’s something (the weather) you obviously have to keep on the forefront of your mind. It’s going to be really important to control probably the field position in the game,” the Wicklow man acknowledged.

“Making sure you try and limit your mistakes at your end. It’s one of those that our half-backs will give us a little bit of direction on.

“Everyone is involved in the decision making process and trying to play the game in the opposition half as much as possible.”

Whereas Ireland will be aiming to bounce back from last week’s opening round defeat to Wales, France are seeking to build on a comprehensive 50-10 bonus point victory over Italy.

It is just over three months since Farrell’s men last faced les Bleus, who claimed a 35-27 final round win in Paris in the final round of the 2020 Six Nations, and Murphy knows what they will need to do to prevent a similar result from occurring.

The French are a top class side. Big physical pack and something we’re going to have to be just conscious of, trying to move them around a little bit.

“They’ve obviously got some slick players in the backs as well. (Antoine) Dupont is probably the best player in the world right now.

“We’re conscious of the threat that those guys are going to cause, but we’re also in a situation where we need to go and impose ourselves on the game. We hope to be able to do that and it’s going to be a cracking game. No matter whether the conditions come in or not.”