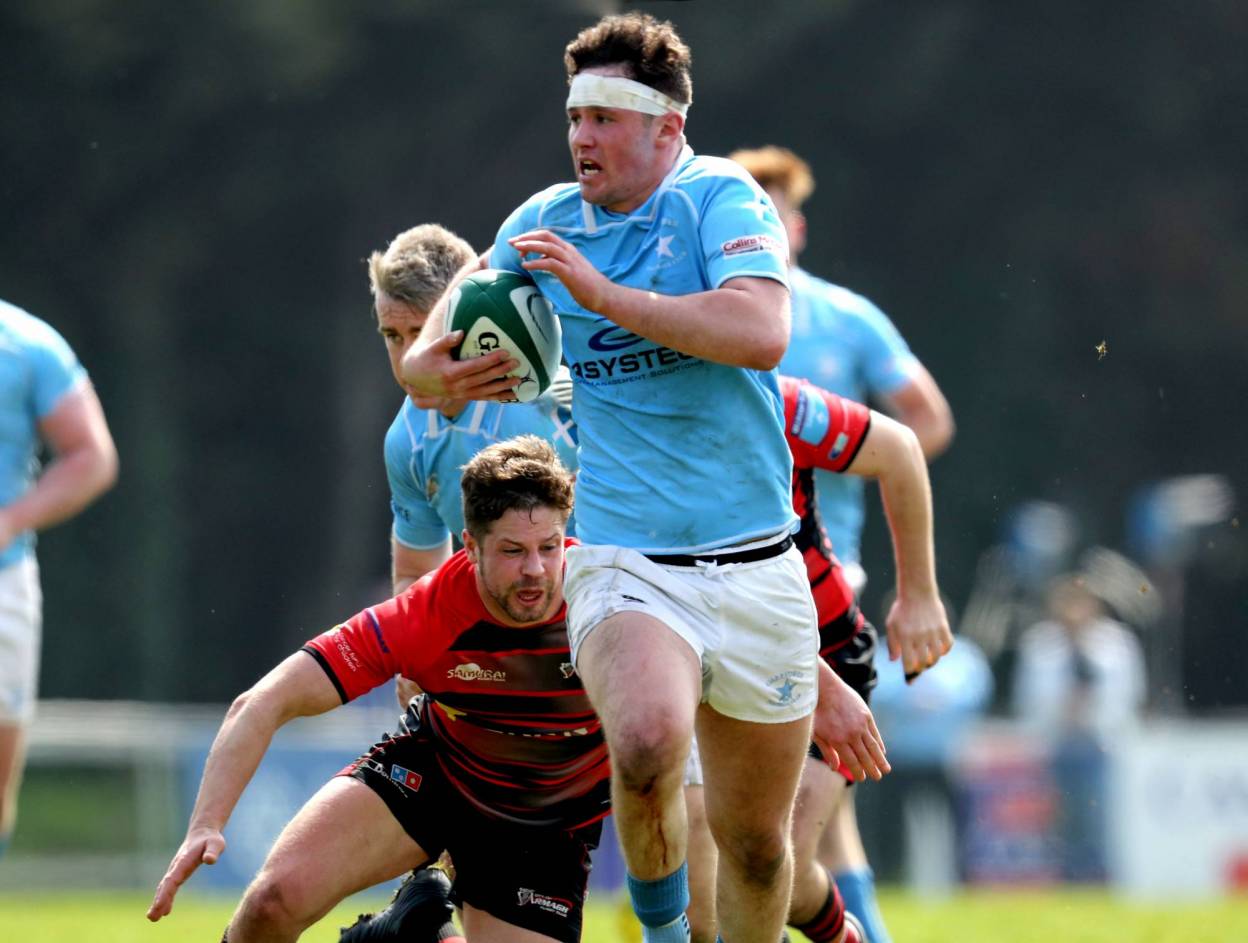 Scores from the Bateman Cup final and last weekend’s All-Ireland League play-off matches have made the the shortlist for the April #AILTry of the Month award.

Playing Bruff last Saturday, Malahide’s promotion to Division 2B was topped over by a cracking final try involving wingers Marcus McAllister and Daniel Hayes. McAllister intercepted a loose pass near halfway, darted downfield and threw a fantastic behind-the-back offload for the supporting Hayes to gather and touch down to the left of the posts.

Ireland Under-20 starlet Sean French got the nod for his superb solo score during Cork Constitution’s Division 1A semi-final win over Dublin University. Using turnover ball supplied by Brian Hayes, French showed his footballing skills, strength and speed to score from 40 metres out, evading both Micheal O’Kennedy and James Hickey along the way.