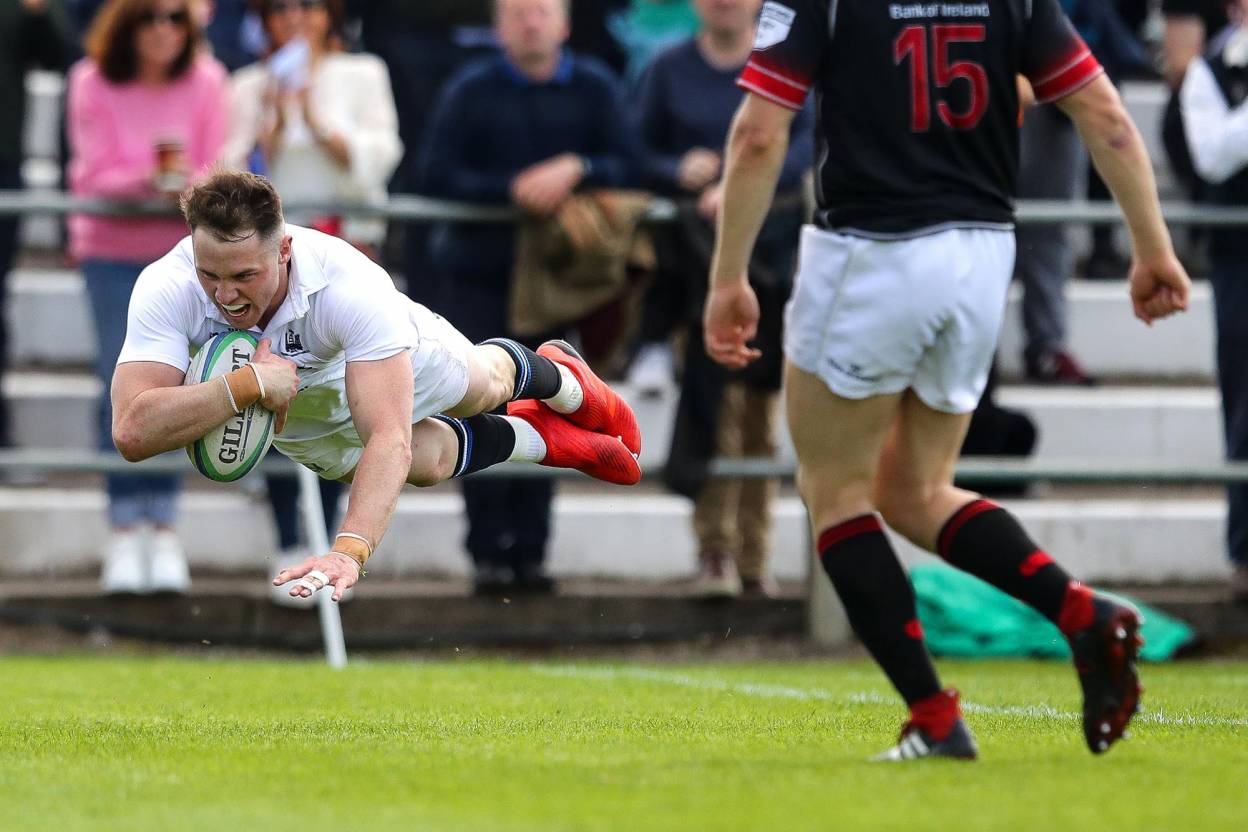 Dublin University’s enthralling All-Ireland League campaign came to a halt this afternoon as Cork Constitution came through a keenly-contested semi-final, winning 23-3 at Temple Hill to set up a Division 1A decider against Clontarf.

You can watch the highlights from the Cork Constitution v Dublin University below. Click here to read the match report.

Speaking after the game, Trinity’s director of rugby Tony Smeeth admitted his side were unable to breach the ‘white wall’ of Cork Con’s defence. “This is a big step up for us,” said the long-serving coach. “There’s no doubt that game was a level up from any other game we’ve played this year, which it should be.

“They tried to stop us playing and they did it really well. We just couldn’t get quick ball and that’s what our whole game is about. They’re clinical. They took their chances. I actually think keeping them to two tries was good on our part because they did have a lot of pressure.”

Dublin University’s disappointment at the final whistle was testament to the ambition they brought into their first ever top flight play-off fixture. The home side, meanwhile, went straight into recovery mode as they bid to regain the All-Ireland League title against Clontarf at the Aviva Stadium next Sunday (kick-off 3pm).

“Clontarf will be as physical as they are,” added Smeeth. “But Con have a lovely blend of size and good football. They’ve got some really good players in the backs and they were certainly willing to run at us today. I think it’s going to be a cracking final. You’d have to think on the body of work they’ve put in that Con will be favourites.”

Dublin University winger and captain Colm Hogan summed up the mood in the students’ dressing room, saying: “At the start of the season, we set out our goals. Previously we’d just been trying to maintain our status in 1A. We’re a young group but it’s our third season at the top and we spoke about trying to make the semi-finals.

“We worked bloody hard but you can see the experience Con have to take both their tries from 50 metres out. To be at 6-3 at 40 minutes and then concede a try in those championship minutes was a kick in the teeth. Then at 16-3 down, we’re five metres out and they take our lineout.

“It’s those kind of margins that make the difference in a semi-final. Credit to them, it was cup rugby and they nailed their game-plan. There’s only two or three lads moving on next year. We’ll build on this and go forward.”