Garryowen got their hands on the Bateman Cup for the first time since 2012, as brothers Neil and Liam Cronin combined for three tries in their 45-21 win over first-time finalists City of Armagh at Templeville Road.

Division 1B club Armagh gave a very good account of themselves, trailing 14-7 at one stage and scoring final quarter tries through replacement Andrew Willis and Shea O’Brien, but the six-try Light Blues were in sizzling form, the Cronins scoring the final three after first half efforts from young backs Bryan Fitzgerald, Peadar Collins and Jamie Heuston.

Grand Slam-winning Under-20 out-half Ben Healy kicked 13 points in an assured display, nine of them helping Garryowen to lead 24-7 at the break. Yellow cards for Neil Faloon and Peter Starrett had Armagh down to 13 men on the hour mark, but they battled on and responded in kind to their superb band of passionate supporters who sung their hearts out. 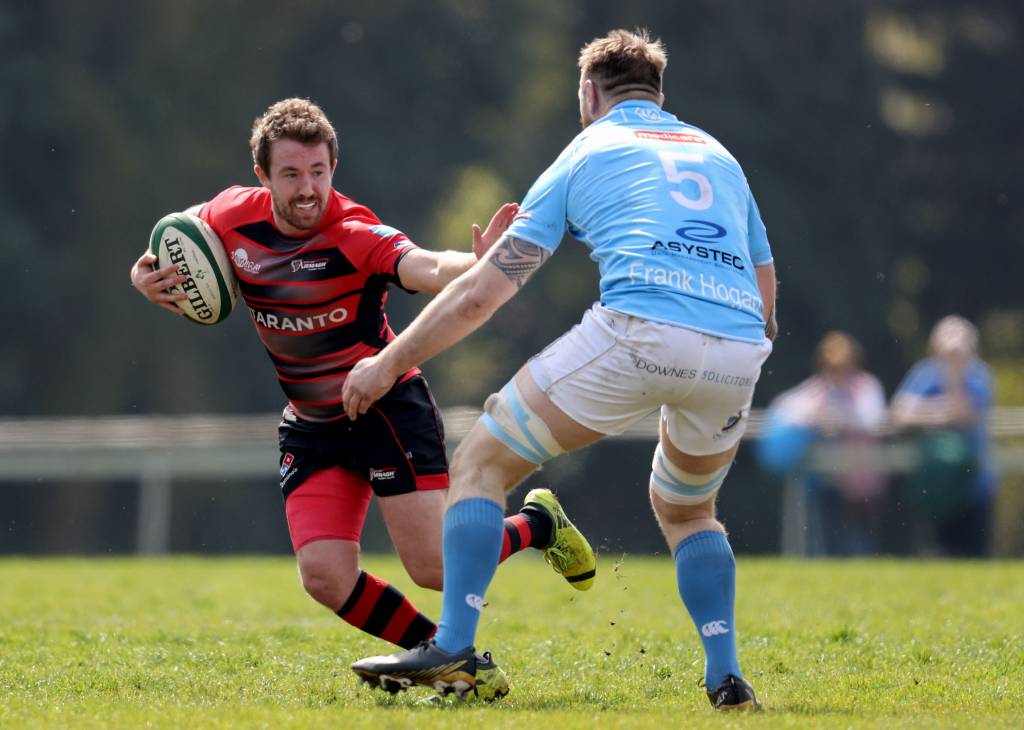 The deciding game of the prestigious All-Ireland Cup competition was played in brilliant spring sunshine, Willie Faloon’s Armagh side getting off to an encouraging start but number 10 Harry Boyd was short with a penalty attempt from Garryowen’s 10-metre line. A second crooked lineout throw from Jonny Morton, this time within try-scoring range, lifted the early pressure off the Limerick men.

Indeed, it was Conan Doyle’s men who opened the scoring in the 17th minute, with centre Collins providing the link between the Cronin brothers to send winger Fitzgerald over right corner despite Robbie Whitten’s despairing tackle. The 19-year-old Healy converted and also tagged on the extras to Collins’ score which arrived just four minutes later.

Fitzgerald built momentum as he ran a kick back and linked with number 8 Darren Ryan who timed his run nicely to break into the Armagh 22. Using their bigger pack to edge closer, Garryowen went wide to the right again and craftily created the space as Healy’s nicely-timed pass released Collins to run in and push the heavy pre-match favourites into an ominous 14-0 lead. 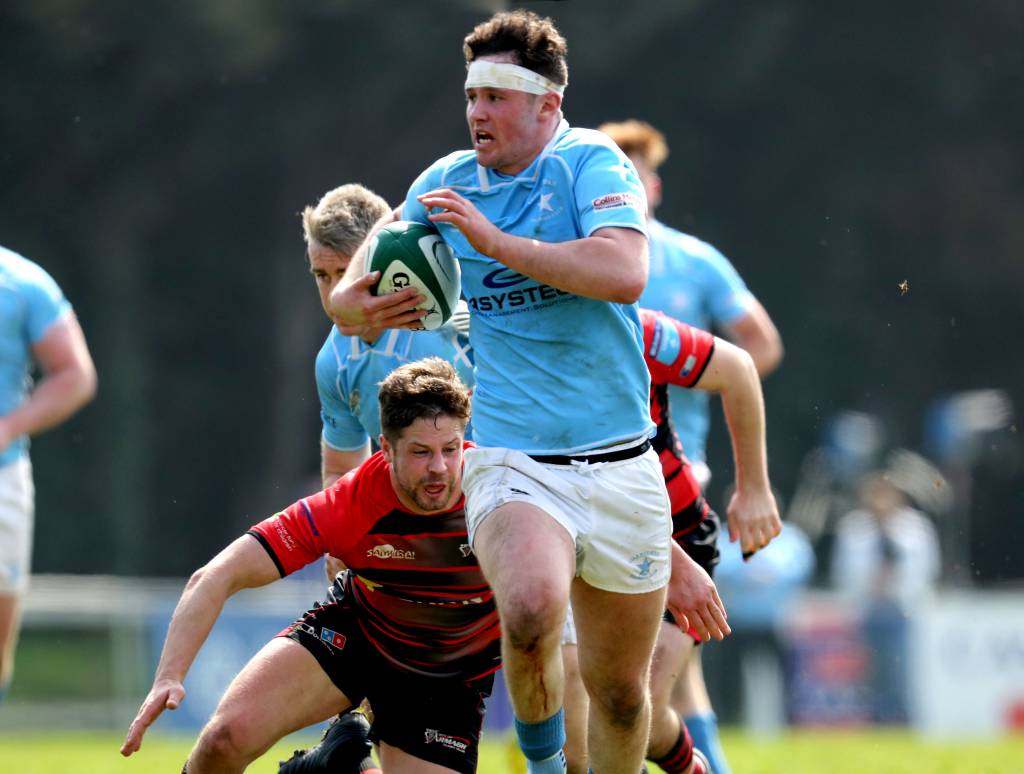 Just when Armagh were poised to strike back, they turned down a straightforward penalty kick and that proved to be the wrong option as Andy Keating won a clearing penalty for Garryowen from the scrum. However, Armagh captain Chris Colvin rallied his troops by intercepting Healy’s midfield pass and darting 60 metres downfield for a timely 32nd-minute try, which Boyd converted from straight in front. 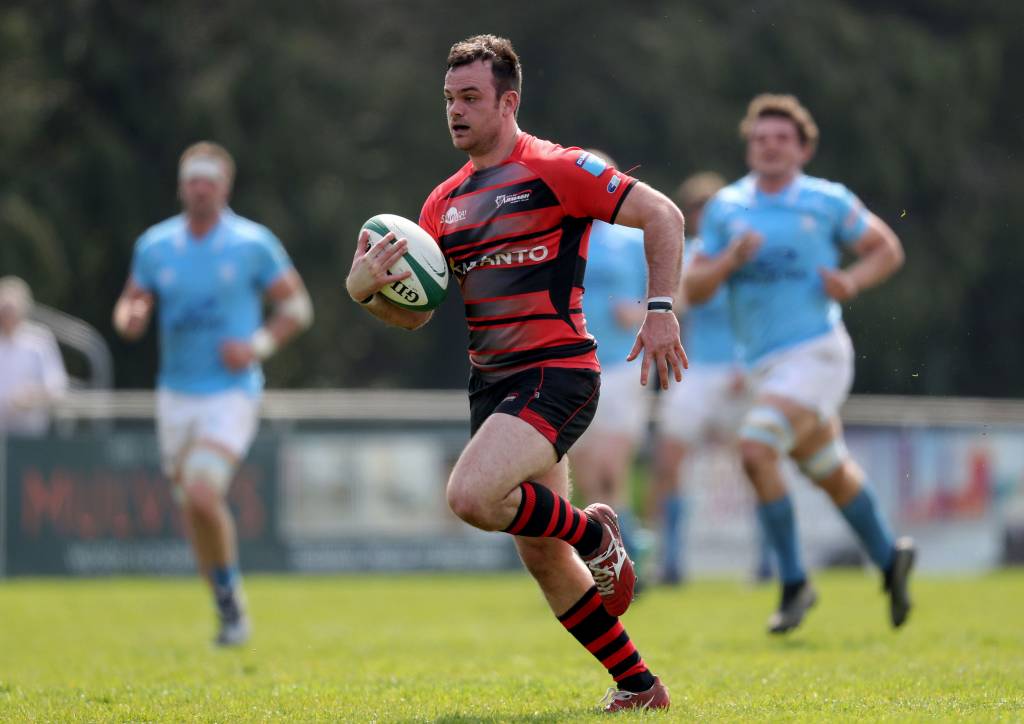 The back-to-back Ulster Senior Cup champions’ hopes of taking a 14-7 deficit into half-time soon faded, though, as Healy punished an offside with three more points. With time almost up, lock Kevin Seymour’s initial break set the wheels in motion for Garryowen’s third try, Healy and Heuston providing the width with two crisp passes before Cian O’Shea’s offload off the deck put inrushing full-back Heuston over.

There was no sign of Healy missing a place-kick, the Tipperary youngster splitting the posts from all angles, and it was his half-back partner, Munster scrum half Neil Cronin, who got the scoreboard moving again, seven minutes into the second half. It was his classy touchfinder which pinned Armagh back, and from a subsequent lineout, he used maul possession to jink over from close range. 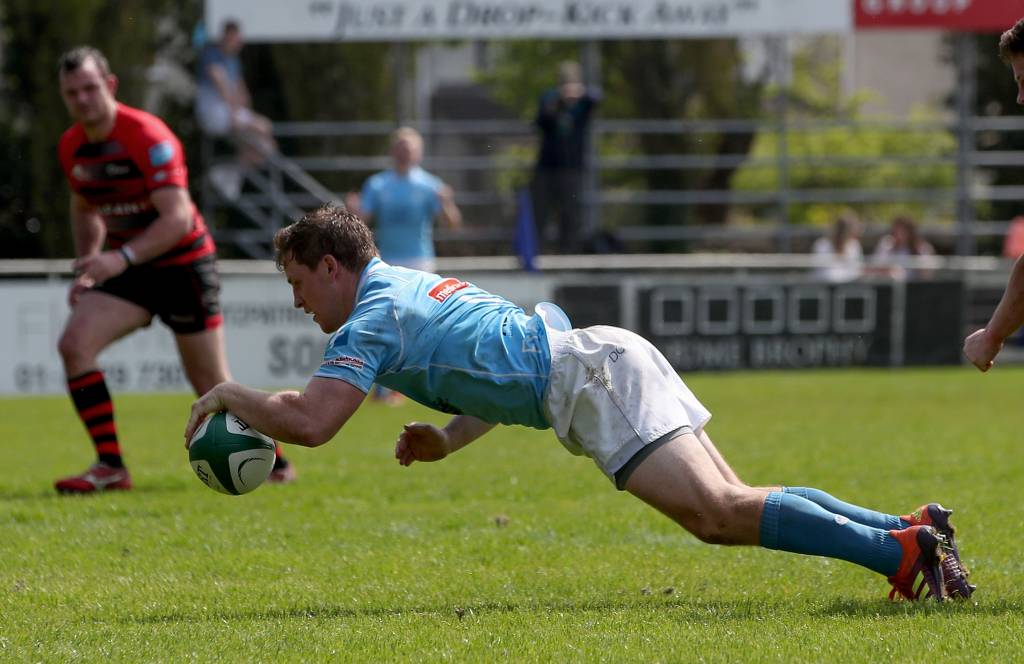 Hooker Liam joined his sibling on the scoresheet just three minutes later, profiting from an Armagh lineout which struggled for much of the match. Whitten’s tap-back went loose and Cronin was first to it, crashing over from a few metres out. Healy fired over his fifth successful conversion for 38-7, and Armagh’s attempts to respond were spoiled by another costly lineout loss.

The frustration spilled over in the 58th minute when strong-carrying number 8 Faloon was sin-binned for a late challenge on Neil Cronin. Referee Nigel Correll also reached for his yellow card three minutes later, Starrett the guilty party as he pulled a player back as Garryowen appeared set to cross the whitewash again from a free-flowing attack.

Following a scrappy spell, 13-man Armagh delighted their vocal fans with a very well-worked 68th-minute try. Replacement James Hanna slipped away from a defender to get his side on the front foot, and lovely hands from Jonny Pollock, Tim McNiece and O’Brien created the opportunity for replacement Willis to swat away O’Shea’s attempted challenge and score in the right corner.

Showing their Division 1A experience, Garryowen were keen for more and swept through on the 70-minute mark for hooker Cronin to complete his brace, just beside the posts for Heuston to convert. Tighthead Keating’s one-handed offload in the build-up was excellent, sending replacement Alan Fitzgerald hurtling towards the try-line before he also offloaded neatly out of a tackle for Cronin to ground the ball.

Despite being outgunned by the deserved new champions, it was Armagh who conjured up arguably the try of the game with five minutes remaining. Evin Crummie used turnover ball to attack from deep, handing off Dave McCarthy before unleashing fellow winger O’Brien who showed great pace to speed clear up the left wing and touch down. Replacement Cormac Fox nailed his second conversion, Faloon’s charges well beaten but with a bright future ahead of them. 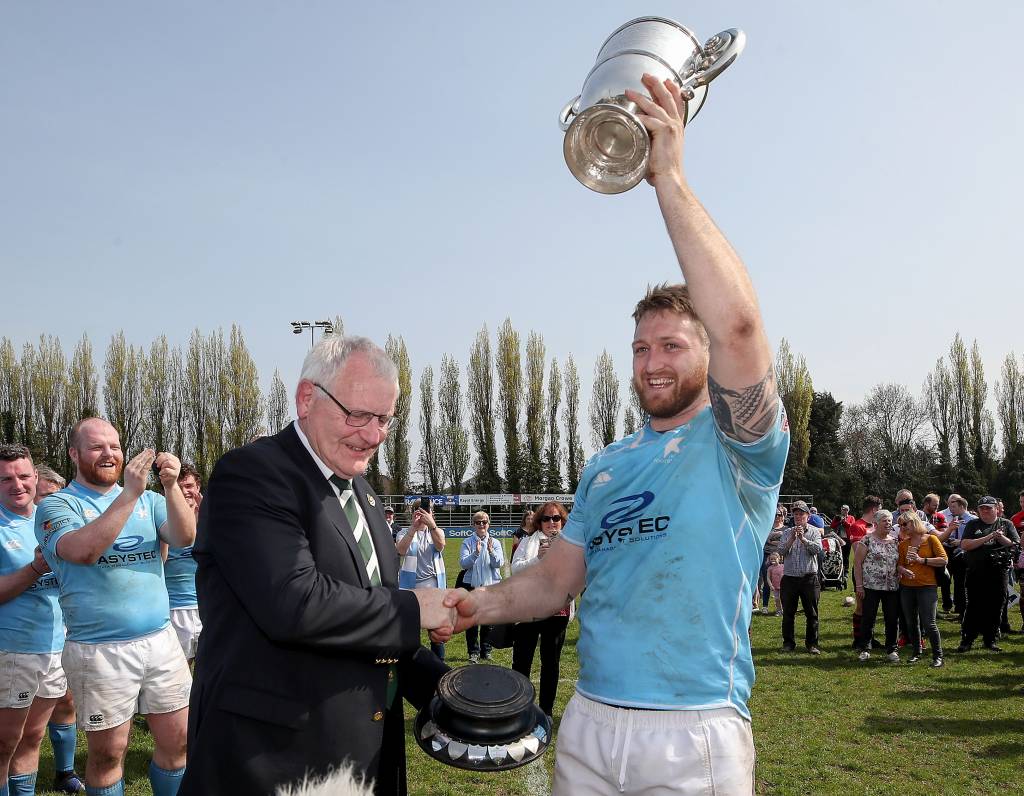 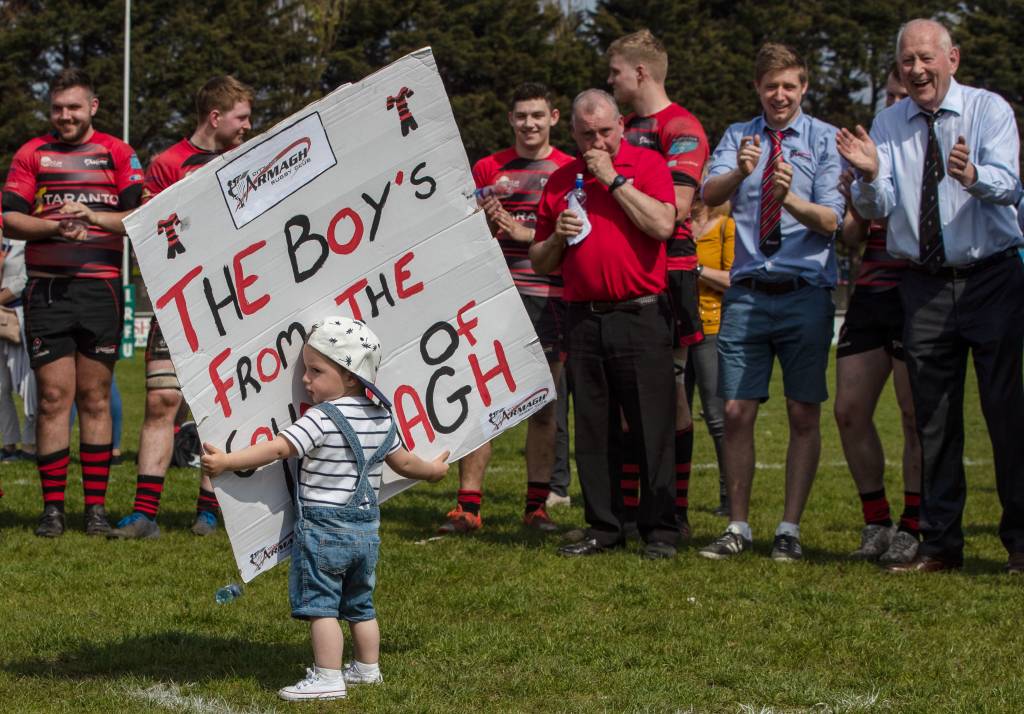