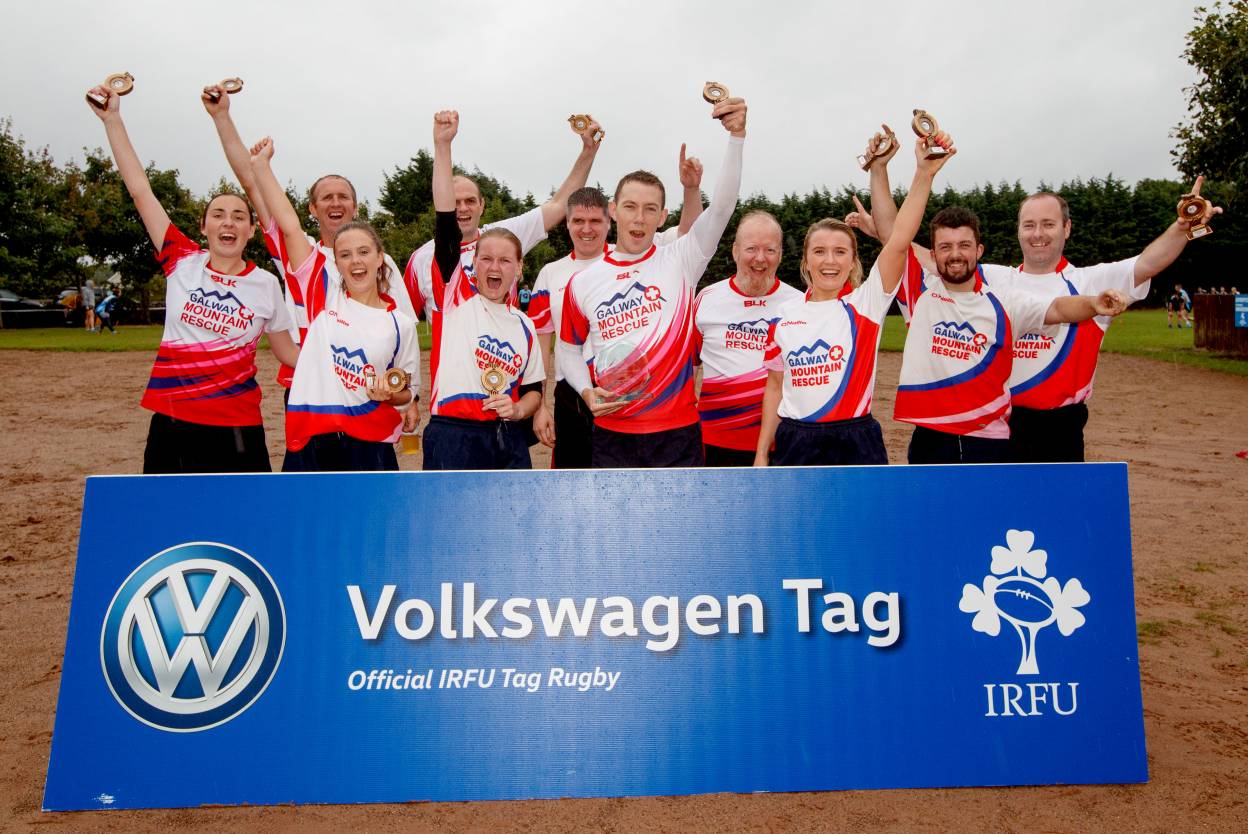 Galway Corinthians is home to Ireland’s biggest IRFU Volkswagen Tag Rugby night every week during the tag rugby season, but finals night is something special.

Former Ireland international Stephen Ferris presented the prizes last week and he takes us on a tour of finals night at Corinthian Park, meeting players, club members and Ireland and Connacht scrum-half Kieran Marmion who was cheering on his brother on the night.

Corinthians joined the IRFU Volkswagen tag rugby programme in 2007 and they have grown from 32 teams to 80 teams thanks to the hard work of the club volunteers in conjunction with IRFU staff.

This season the venue sold out in March and the club welcomed an average of 1,500 people every Thursday over the summer months and has become the biggest fundraising mechanism in the club.

In addition to the weekly round of matches and the finals night the club has organised a charity fancy dress night and other big social events around the tag rugby season.

Galway Corinthians is a great example of the partnership between the IRFU and the club whose dedicated venue managers and volunteers work together to make every tag rugby season better than the previous.