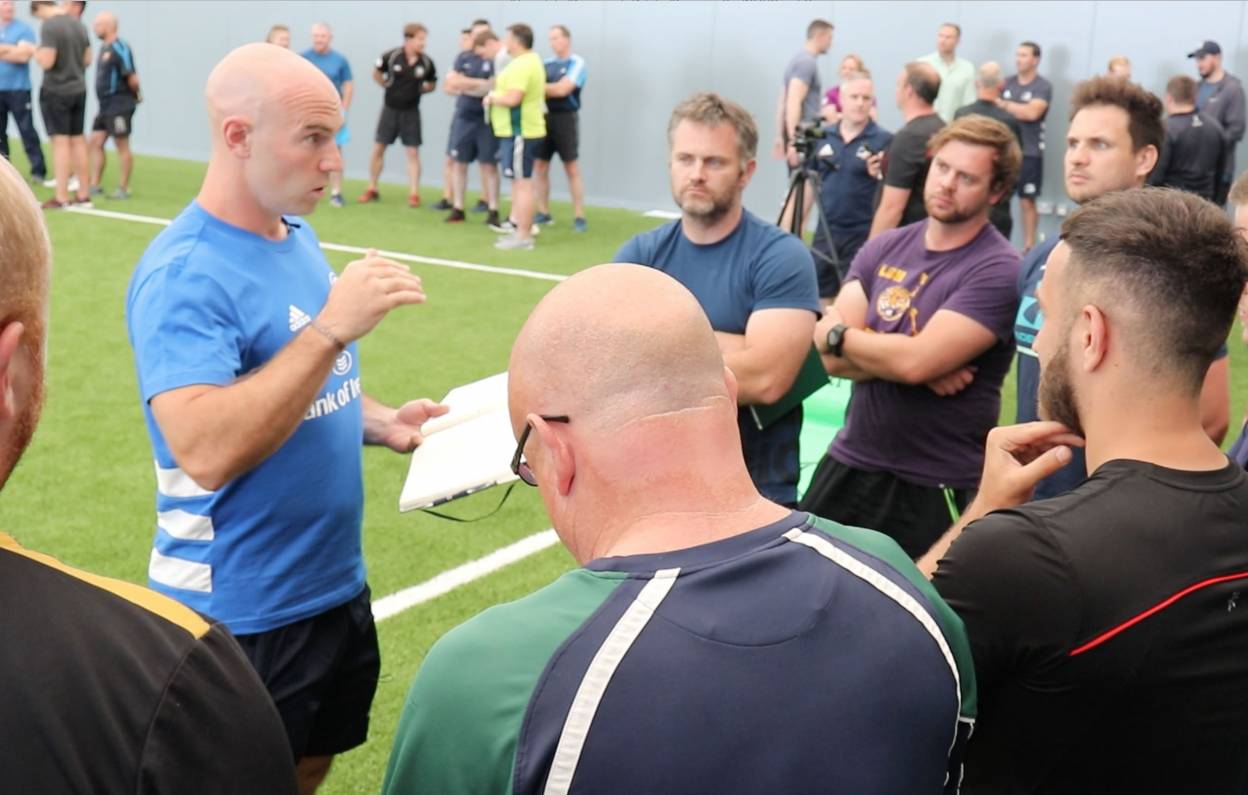 A new Performance Coaching Course has been rolled out at the IRFU High Performance Training Facility at the Sport Ireland Campus.

“It’s more reflective of the demographic of both the coaches and the players that we’re trying to develop,” he explained. “The performance element is aimed at players that are experienced within the game. They’re starting to specialise in their own positions. They’re looking to enhance their own skills and investing more time in the game.

It’s about how our courses relate to the audience that we’re trying to attract and to the players that are going to be operating under those coaches.

This year’s topics and course facilitators of the Performance Coaching Course included:

The coaches also complete ongoing course work and undertake mentoring sessions as part of the course.

“We challenge the coaches to take on board the information, apply it and be reflective in their own current practises, beliefs and knowledge,” says Turkington.

“We’ll challenge them to think hard about how they integrate their players, how they build their environment, their culture  – how they lead from the front or build leadership within their own group.”

To learn more about coaching in your province: