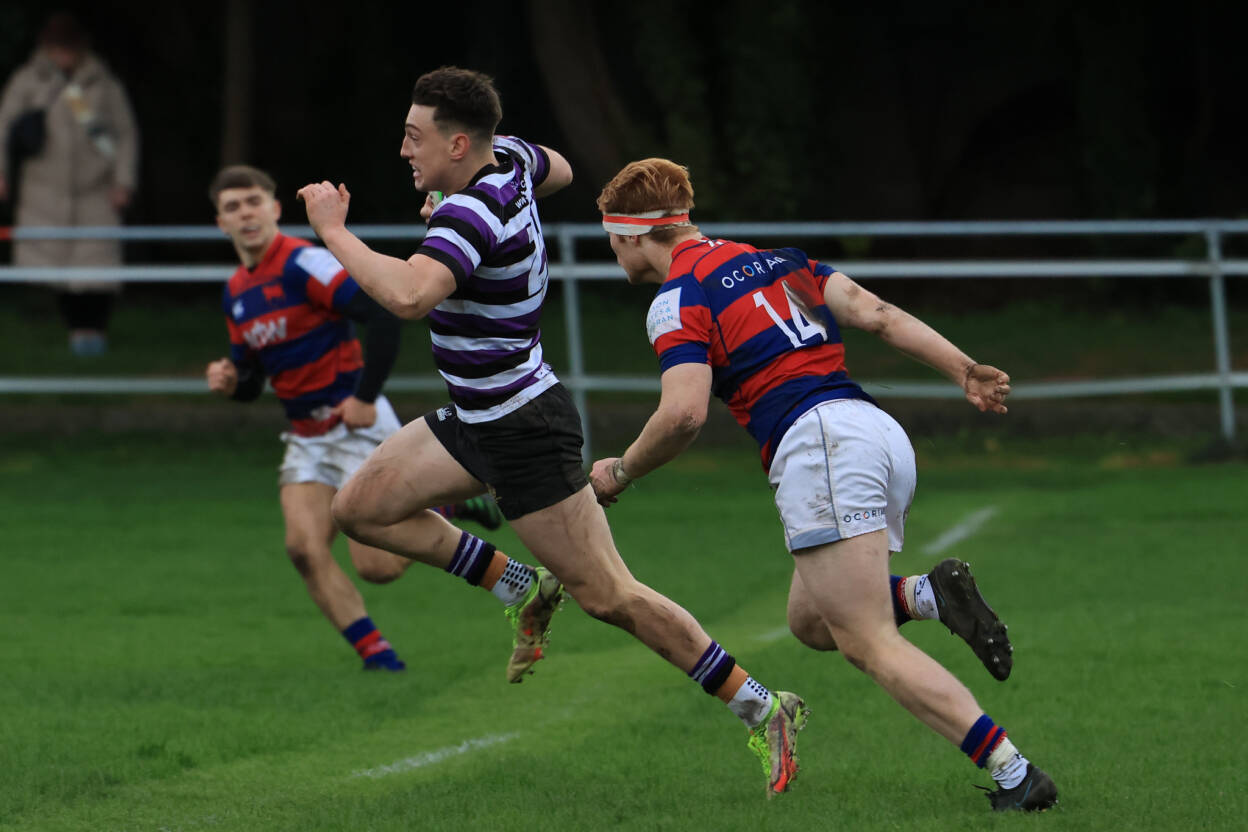 It was another weekend of free-scoring rugby, tight finishes and thrilling action in Energia All-Ireland League Men’s Division 1A. 39 tries were registered across the five games.

Heading into December and towards the Christmas break, unbeaten Terenure College now hold a seven-point lead at the summit after their statement win away to defending champions Clontarf.

Cork Constitution, who have moved into third place, and Young Munster also picked up important victories on the road, with the Cookies flooring Dublin University with a last-gasp try from Conor Phillips.

Shannon and Lansdowne also resumed their league campaigns in winning fashion. The crowd at the Aviva Stadium’s back pitch were treated to eleven tries in all as Lansdowne and bottom side Garryowen both picked up try-scoring bonus points.

Three tries inside the first 26 minutes, including the opener from Munster Academy prop Kieran Ryan, put Shannon on their way to a high-scoring victory over UCD in Limerick.

With George Coomber firing over a stunning penalty from over 60 metres out, Cork Constitution certainly brought their kicking boots and a dominant scrum to Ballymacarn Park.

Clontarf fought back to collect two bonus points, but it was a rare home defeat for Andy Wood’s men – their first since last November. Terenure’s five-try haul included braces from Craig Adams and Adam La Grue.

A resurgent Young Munster have closed the gap on the top four to eight points, following an exciting encounter with Dublin University in the capital.

Lansdowne picked up a much-needed second win of the league season, doing most of the damage during the first half against Garryowen. Captain Clive Ross crossed for two tries.