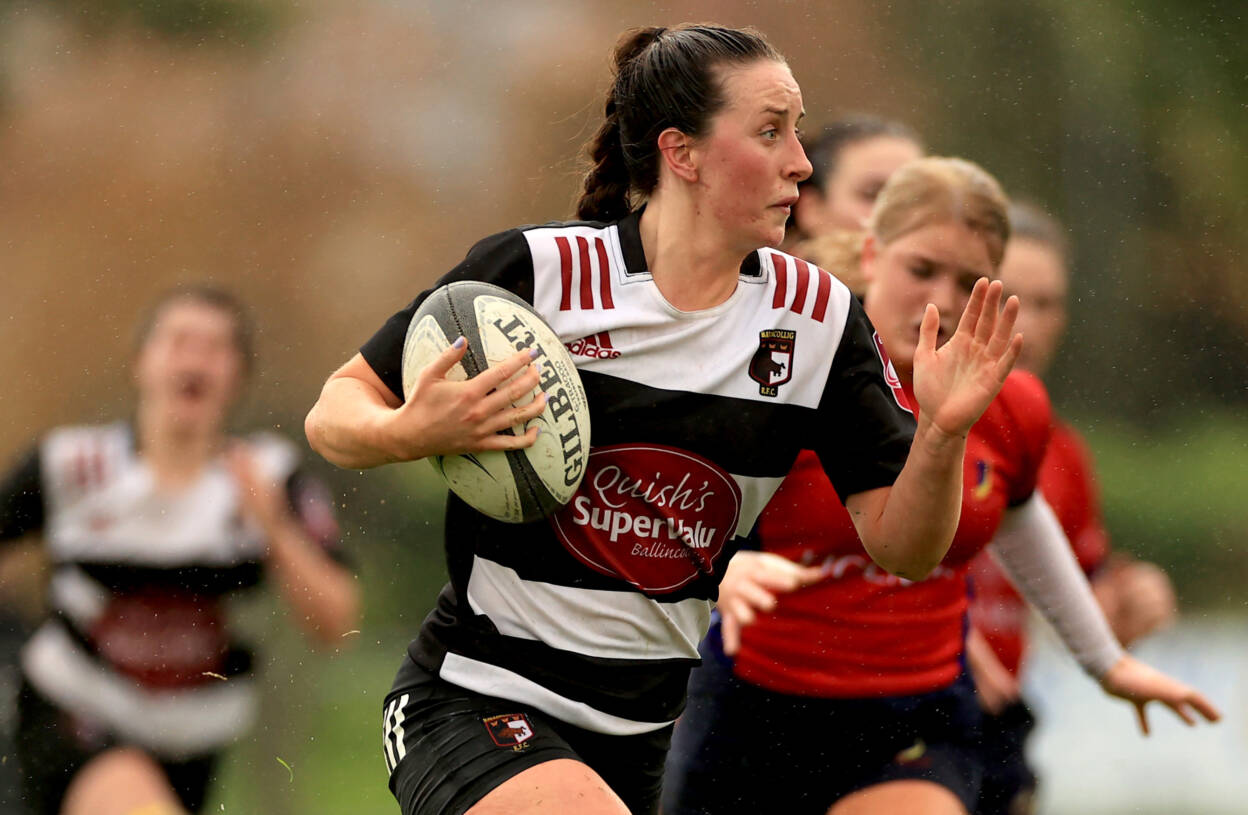 Ballincollig and Cooke took centre stage during the final round of the Energia All-Ireland League Women’s Division, playing out a tense encounter in wet conditions at Tanner Park.

The home side prevailed 15-3 thanks to tries from Caolainn Healy, Heather Kennedy and Laurileigh Baker, opening their win account ahead of the Conference semi-finals. Tom Savage was on the mic for our Game of the Week.

Bohs will travel to table toppers Blackrock College on Saturday, December 3, with ‘Rock having wrapped up the regular season with a 79-0 victory over Suttonians. Captain Michelle Claffey and Hannah O’Connor claimed hat-tricks.

At Ashtown Lane, Wicklow once more showed their ability to go toe-to-toe with one of the division’s top four sides. They put it up to Railway Union before falling to a 22-5 defeat.

An absorbing contest, as both teams strived for their first win of the season, finished in a three-try triumph for Fiona Hayes’ Ballincollig side. Their defence stood firm to keep Cooke try-less.

Suttonians had their moments, but Dublin rivals Blackrock College showed exactly why they have topped the table at the end of the regular season with a clinical 13-try display.

UL Bohemians will travel to Blackrock College in the Energia All-Ireland League semi-finals, after edging out Galwegians in a two tries-to-one victory at Annacotty.

Wicklow, who were bottom of the table this time last year, cemented an excellent fifth place finish, putting it up to the reigning champions but Railway Union returned to winning ways with a four-try salvo.