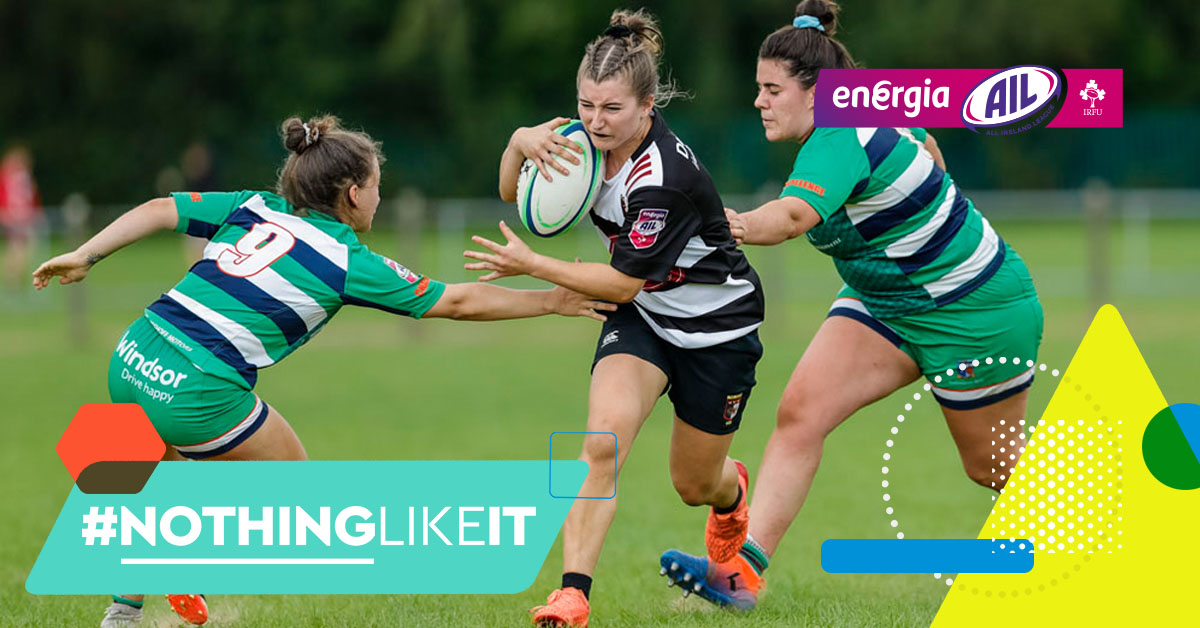 There were joyous scenes in Tanner Park today as Ballincollig secured their first ever Energia All-Ireland League top-flight win – at the first time of asking.

Fiona Hayes’ side saw off Suttonians 14-13, with Kelly Griffin opening the scoring in the first half and a second-half penalty try giving them the cushion to see off a late onslaught from the north Dubliners.

Gemma Lane, fresh from her involvement in Munster’s Vodafone Women’s Interprovincial Championship success, said it was ‘unreal’ at the final whistle.

“We’d put in a lot of hard work in training,” she told IrishRugby.ie, “but we were all just really excited to get going to be honest. It’s great to start the club season with a win and we’re very happy.

“Our motto for the team is just ‘work, work, work’, like the Rihanna song! So it really was just about hard work the whole time. That’s what we were saying to each other throughout the game.”

A jinking run up the middle from Griffin (who you can hear in the video above) put Ballincollig ahead. The young out-half converted for a 7-0 lead after six minutes.

Suttonians were back in the hunt just six minutes later, some patient phase play with varied angles of attack gave scrum half Lena Kibler the chance to snipe over from two metres out.

The visitors took the lead early in the second period courtesy of a penalty from Catherine Galvin, but Ballincollig were full value for another seven-pointer.

Heather Kennedy raced for the corner and a high tackle saw referee Carl O’Meara award a penalty try with five minutes to go.

Ballincollig were resolute in defence during the final moments and while they could not stop Katie Grant Duggan from pouncing for a try, they had done well to push Suttonians’ attack out to the margins and make the conversion attempt difficult enough to win the game by a point.

“It feels unbelievable. We can’t wait for the next game,” said try scorer Griffin.