Speaking to Irishrugby.ie’s Leadership Podcast, the IRFU’s Head of the Elite Player Pathway, Peter Smyth discusses the importance of the return of underage representative rugby and the investment that players, coaches, volunteers and administrators have made to ensure these games could return safely after such a long COVID enforced lay-off.

The PwC Underage Interprovincial Series saw games at men U18s and U19s and at women’s U18s.  At U18 Schools level four games were played featuring 30 players in each panel as well as a 100 strong IQ Rugby squad that played against Ulster in Belfast. 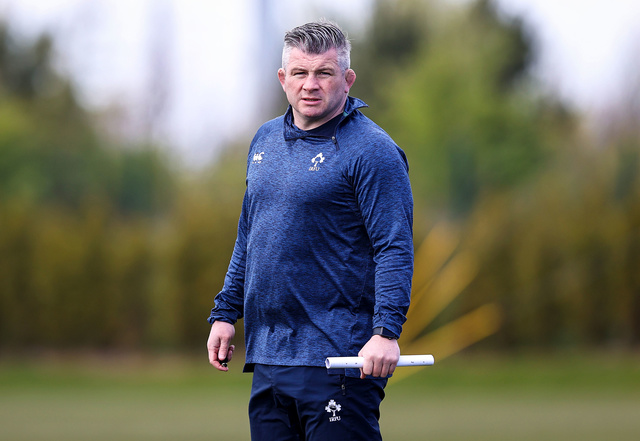 There were five games played in the women’s U18 interprovincial series featuring 110 players.  These games were attended by the IRFU’s High Performance Talent Coaches who were scouting players for a women’s U18s international festival scheduled for spring 2022.

The wide ranging discussion looks at the challenges and benefits of creating playing opportunities for pathway players following the disruption to development caused by COVID.   Areas discussed include the recent provincial A series, the role of the AIL in player development, the U20s and national underage representative programmes and investment in Talent ID.

On the second weekend of the recent Provincial A match series, 94 players took part in the games of which 53 were eligible for these year’s Ireland U20 squad.  These games featured a mix of U19 and U20s players, contracted Academy players and Senior professionals.  In addition six Academy players were given an opportunity with the Ireland 7s squad competing in two World Series events in Canada.

“Its (AIL) kicking off this weekend. We have 24 contracted players going back to play with their clubs.  So obviously it’s a great playing opportunity. It’s a competitive environment and after the lack of rugby for the last 12 months, it’s great for these guys to go out and have the ability to go back to their clubs and play and play in meaningful games.”

In the area of Talent ID, Smyth discusses the roll-out of a new online Talent ID course which has already been completed by 36 staff and volunteers.  This season so far 56 players have been confirmed in the Academy system and a further 80 players confirmed in the National Talent Squad (NTS) programme for 2021.

“Constantly we’re in touch with club coaches and watching, obviously the provincial leagues have all just happened around the country at the moment and keeping our eye on players making sure we’re not missing anyone and basically trying to create as many opportunities we can for players to impress and to progress with their careers.”

“But important the thing to say in all that as well, the AIL is starting this weekend.  There is no doubt there’s players playing in the AIL this weekend that might not have played interprovincial rugby yet, but you know a couple of good performances and with people on the ground, watching them. No doubt they’re going to put their hands up for progression during the season.”