Emerald Warriors are one of many clubs who’ve been making the most of this summer of fun by using non-contact formats of the game to broaden their community base. It’s a particular focus for the Dublin club as they look to build on the success of their hosting of the Union Cup tournament in 2019. For Emerald Warriors, success and diversity go hand-in-hand. Irish Rugby TV went to their Naoise tag event to learn more about how inclusivity is helping them to grow. 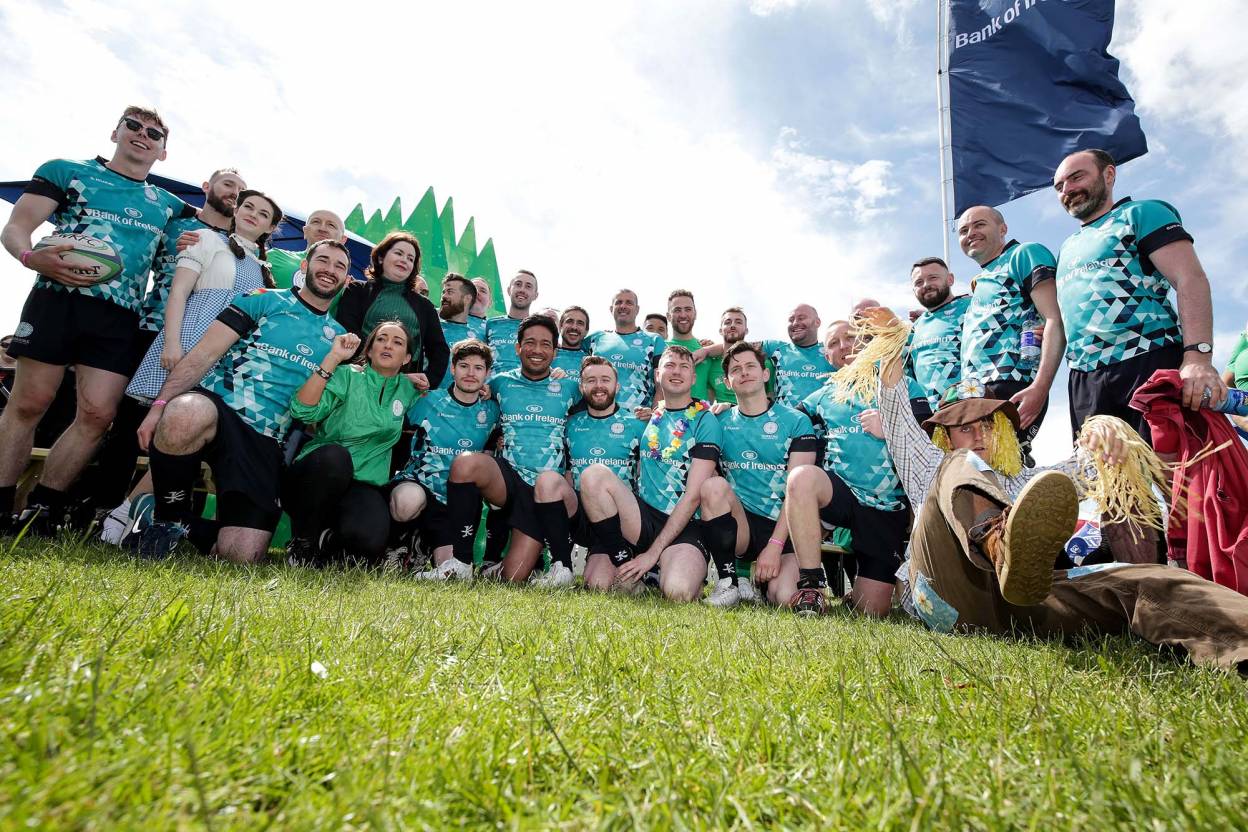 With that growth, comes the need to continually evolve their infrastucture and resources.

“We’re probably at 80+ players which is amazing to have before the season starts so we’re definitely pushing hard on recruiting new coaches and also coordinators,” he told IrishRugby.ie.

“That’s a major part of what’s needed. It’s not just the support that’s on the field. There’s a massive amount of work that goes on behind the scenes so we are recruiting. If people want to reach out, the club are also open – we’ll take anyone’s help and go forward with it.

“Within the Leinster set-up, we’ve now two teams that will now enter the metro set up once the league starts again in September hopefully all going well.

“We’ve also set our ambitions very high in terms of our competitions and our tournaments that we take part in every year across the world. Our next big one will in Canada next year in the Bingham Cup.

“At the moment, we’ve three full time coaches and we’re looking to expand that to six or eight because the level of players and the numbers we have is growing week by week.”

Emerald Warriors have a hard working and driven committee in place to implement their ambitious strategies with Richie Fagan their president.

“Growth for us is widening our membership and making it as diverse and inclusive as possible,” he said.

“We know the richness that diversity and inclusion brings to a club. We’ve seen that with the Union Cup when we added the women’s side to the tournament. That elevated it to the next level and it brought us on a great journey and we learned a huge amount from that. That’s what we want to bring into the club and we’re seeing that at the moment.”

The progression of their diversity strategy took a leap forward this summer with a formalized non-contact offering. The combination of tag rugby and the active way in which Warriors welcome everyone into their club has brought a positive experience to a whole new community of would-be Warriors.

“Naoise is our non-contact offering,” said Richie. “Naoise in Irish means young warrior but it can be male or female and that’s quite fitting for what our offering is on the non-contact. It’s what we’ve been rolling out for the last five weeks. It’s been a lot of fun. It’s brought on average 80-90 people every Friday night.”

“We know we create a unique community in what we are as a club but we absolutely thrive on bringing not just our LGBT community to the club but also we have some incredibly allies that join us, understand our story, support us and bring us to the next level.”

Aoife was welcomed to Naoise tag just a few weeks ago but is already a firm ally and active participant in the Emerald Warrior’s setup.

“I was quite hesitant to find a team sport that I could join and I was invited down hear by a friend and I just got stuck into it straight away. Everyone was so welcoming. Really really friendly. Just great craic. It was like everyone’s first day – I never felt new when I arrived. Laughs all round.

“So if you’re watching this and you want to do a team sport – whatever background you’re from, just come down. Take this as your invite because honestly, I have such a good time. I look forward to it every week and I’d highly recommend it.”

Our office flying the #pride flag. Our stadium lit up with #pride
Our sport is proud to be inclusive. #irishrugby #shouldertoshoulder pic.twitter.com/s7rwDCHe9X

The IRFU have been supporting the #LetsGetVisible campaign across the month of June to recognise and acknowledge the importance of visibility and representation amongst the LGBTQI+ community.

Richie Fagan told IrishRugby.ie that there is a lot of work still to be done in the sports sector.

“We know that the stats aren’t great with LGBTQI+ people in competitive sport,” he said. “We’re very passionate about driving change in those stats. We’ve collaborated in lockdown with some great organisations including Sporting Pride Ireland to promote what we’re about and bring as many people from our community through the non-contact and full-contact.

Is diversity and inclusion getting better in Irish sport? I would have to say yes and no.

In terms of when I say no, it’s interesting when you see some of the case studies that come through our club. These are some members that haven’t felt that they could be their true self in the club that they have been in and they’ve found that they’ve flourished a lot better with being a member of our club. They can be who they want to be.

We have members who are also members of other clubs who are quite happy to be in clubs that they’re already playing with and they are role models within that club driving the message about what LGBT in sport is about. We love that they are driving that message within their own club.

The game changer is the cultural shift we need to make in sport.  To do that, we need two things to align. We need key allies helping us drive that message; we also need role models. When you get the two of those right together, you absolutely can see a change.

I believe we’re on the cusp of that. With the work we’re doing in the back ground. The work that’s coming through in the club. What we’re internally working on and we’re externally working on with some key partners in organisations – it’s very exciting.

Are we there yet? No. But we are absolutely on the better side of pushing this through very soon.