Kieran Treadwell and Craig Casey are two players who have thrived on Ireland’s summer tour, getting the best out of themselves in the backyard of one of the world’s leading rugby nations.

Andy Farrell says there is ‘no harder place to go in world rugby than New Zealand’, and the fast-paced five-match tour – played in the midst of challenging winter weather – has certainly thrown this Irish squad in at the deep end.

For someone who was out of the international picture until returning for this year’s Guinness Six Nations, Treadwell has made up for lost time by being the only player to be involved in every tour game in Aotearoa.

He got a combined 28 minutes during the opening two Tests and was a starting lock and the lineout caller for the two clashes with the Māori All Blacks, including last night’s impressive 30-24 win for Ireland in weather-beaten Wellington.

With a longer time together in camp, the Ulster lock has benefited a lot from working closely with Paul O’Connell, in particular. The Ireland forwards coach is ‘always there with the answers that will make you a better player’.

“He was obviously an inspiration to me growing up,” said Treadwell. “To have this uninterrupted time with him and be able to bounce ideas off him and absorb information is fantastic really.”

The 26-year-old put in another big shift as Ireland gained revenge on the Māori side, drawing plaudits for his accurate lineout work – including one notable steal near his own line – and he often set the bar with his physicality in carries and tackles. 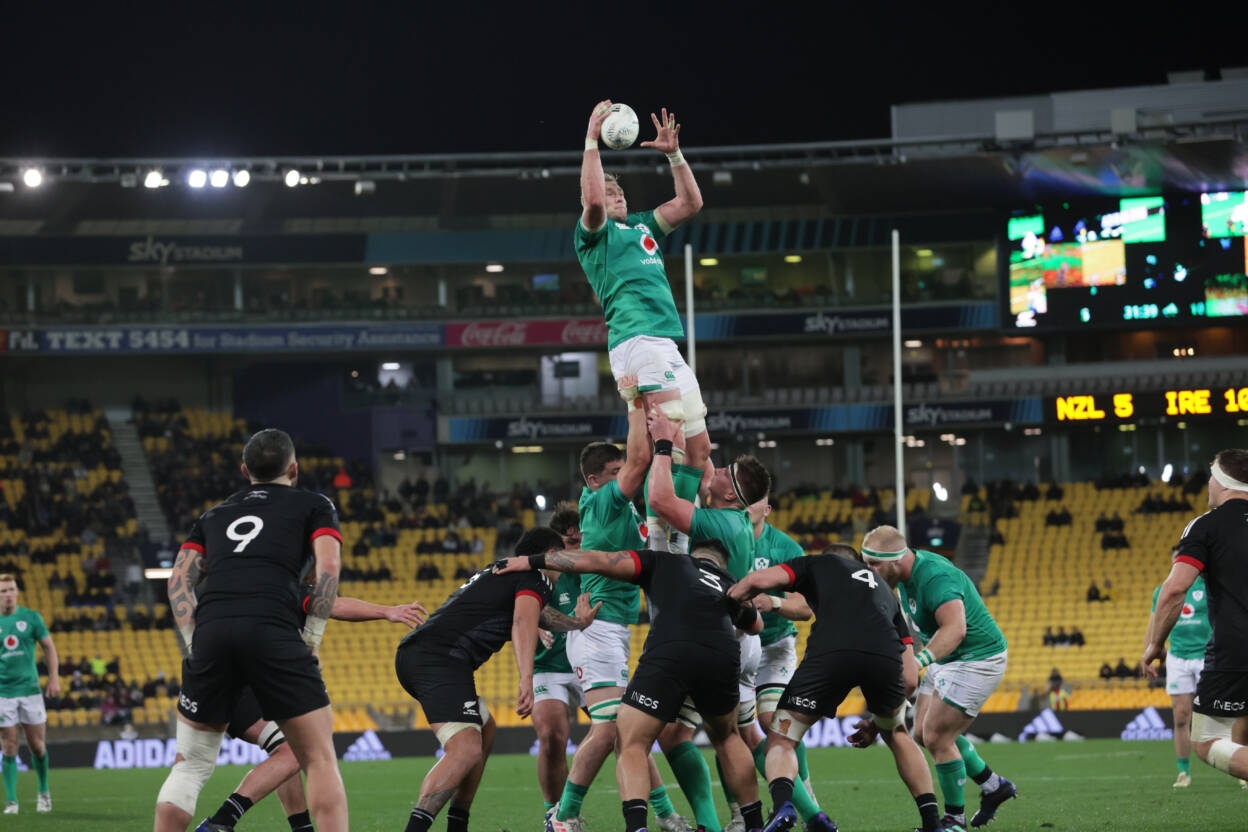 “It was a proper game of rugby, I was saying to my parents there,” he told RTÉ. “It was good to get a win like that especially after the loss we had in the first week. It’s good to see how far we’ve come together as a group.

“It’s definitely one for the lovers of the game really, I suppose. That sort of tight, hard physical sort of game.

“It’s a good one to see who is really up for it, and you could see from every single person in the team, they were flying into it and really wanted to win.”

Ireland pressed home their advantage up front, allowing Ciaran Frawley and Casey to orchestrate things from half-back as the youthful team managed to reverse the result from the tour’s opening week in Hamilton.

“It’s quite impressive. It’s only 13 days from the last game we had, so it was good to see how fast we’ve actually come together as a group, and we built that cohesion together.

“It’s really impressive to see, especially with the young boys coming in there, stepping into the leadership roles like Ciaran Frawley, Joe McCarthy, Cian Prendergast. That’s just to name a few, but there are so many boys in there who have stepped up to the plate.” 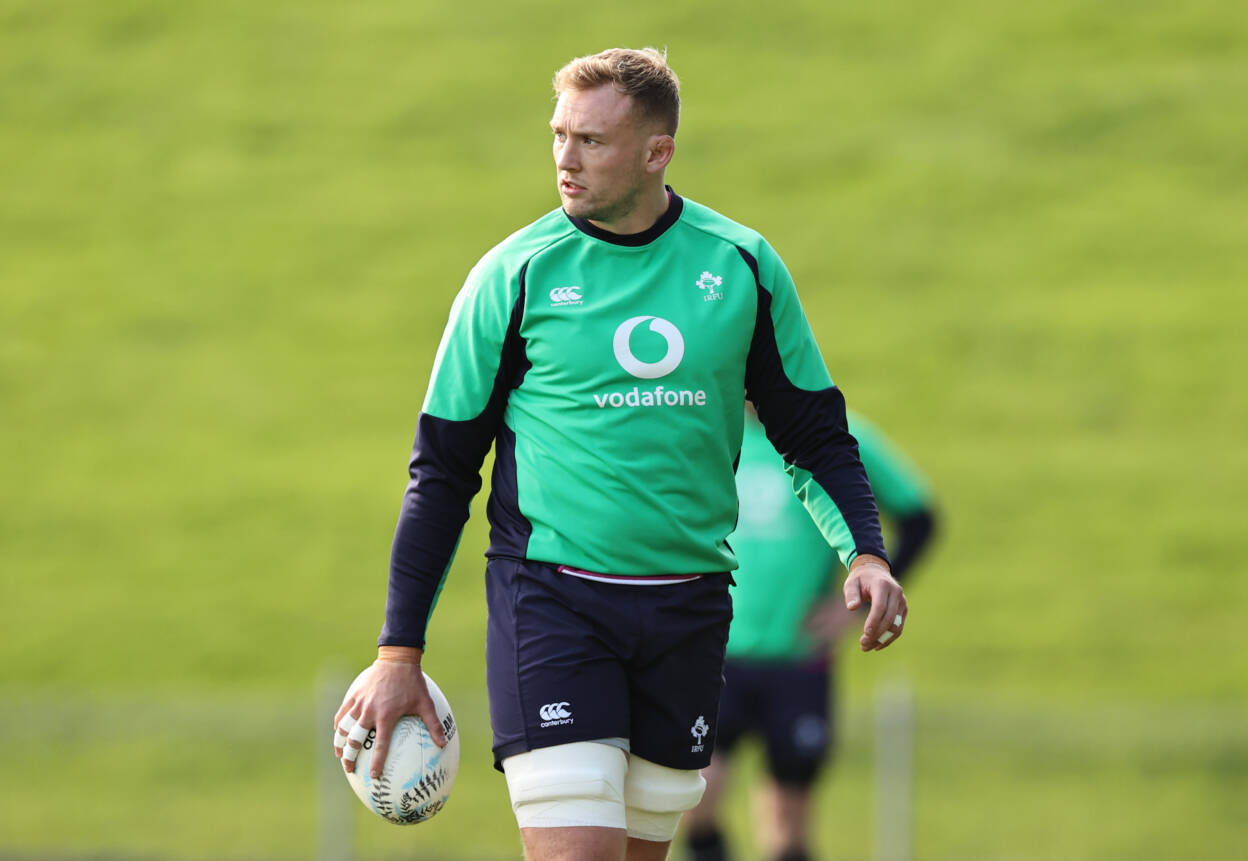 Treadwell added: “We worked on a few things and it’s obviously quite tough because you have got to switch from  Māori to Test, to Test, to Māori.

“It’s tough work, and to find those windows to make sure you nail your role, whether it be a walk-through or something like that, is massive. The effort starts days before the actual match and then you just flick a switch. It was a good feeling.

“We’ll pull together here, have a good (training) session on Thursday and really get the ball rolling (for the third Test against New Zealand) and hopefully we can stick to winning ways.” 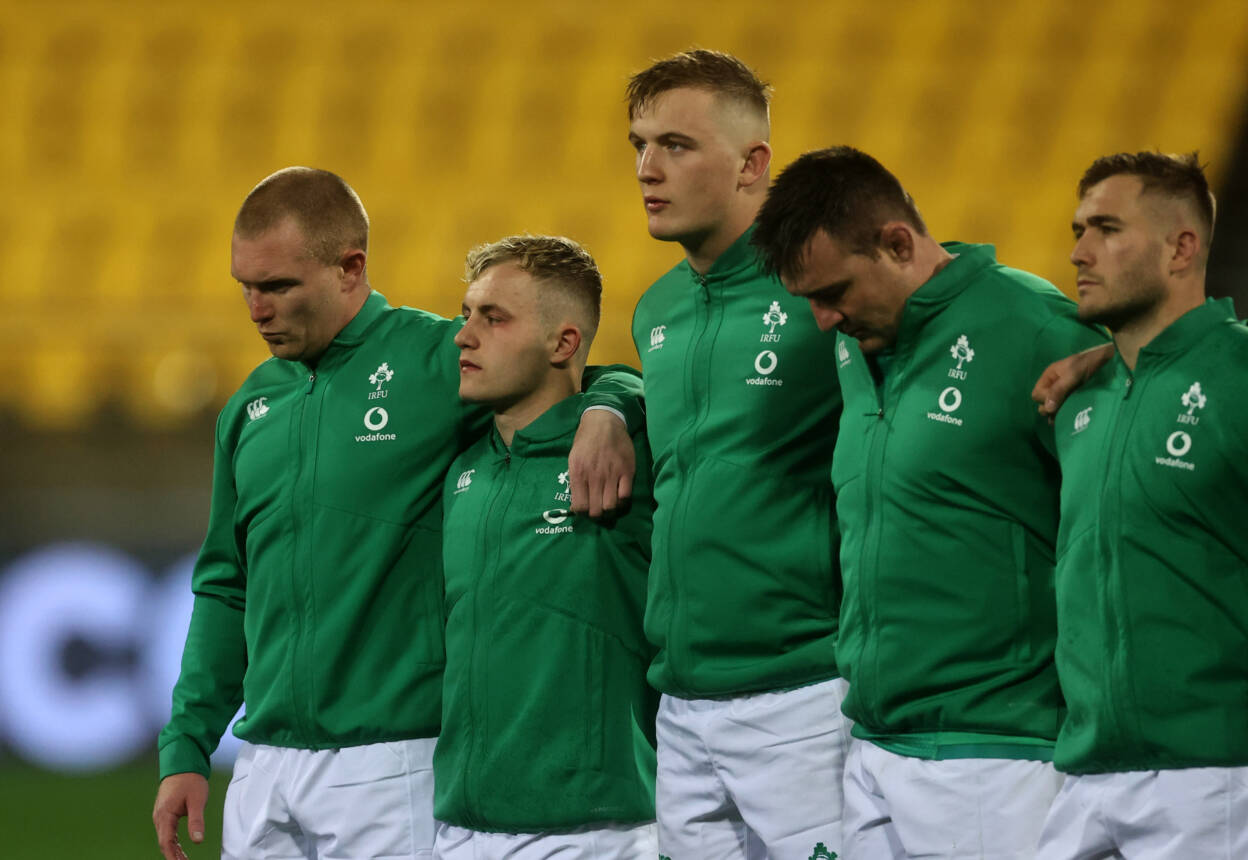 Meanwhile, for young scrum half Casey, it made it all the more memorable to share the stage with fellow Limerick man Keith Earls and give the 34-year-old a winning debut as captain of an Ireland team.

There are some noteworthy connections between the Munster pair, with Casey’s uncle, Mossy Lawler, playing for the province when Earls was first breaking through. Their fathers, both named Ger, played with and against each other back in the 1980s and 1990s.

Craig commented: “It was great to have ‘Earlsy’ as captain. There’s no better man to captain his country. To get him the win tonight was absolutely unbelievable. Class.

“Absolutely delighted for him. He deserves everything he gets. What does he have, 97 Test matches. Hopefully he gets to 100. Captaining your country and getting the first win against the Māoris. I’m delighted we could get it for him.”

A notoriously diligent trainer, Casey was clearly determined to right the wrongs of that Hamilton match. They had ‘good chats with coaches, good chats with ourselves’ in order to sharpen up both individually and collectively.

Even after leaking an early try to Shaun Stevenson, the 23-year-old half-back was confident that Ireland would strike back and seize control with their forwards on song and their tactical approach putting them in the right areas of a rain-soaked pitch.

“The start wasn’t ideal. Just got a bit tight for ourselves, we knew exactly what happened. Straight back to the drawing board. We’ve been there before, we’ve been there training, it’s about how you react.

“We talked about ‘next moment’ all week and we delivered. Our reaction to that (try) was top class and we went in 17-5 at half-time. We definitely kicked on after that.”

While expressing his disappointment at Harry Byrne’s untimely hamstring injury, Casey was happy with how his half-back partnership with Frawley is developing after just two games together.

“The wind was howling, it was hard to exit. But we did it well, ‘Frawls’ dictated the game well and helped me a lot.

“I was happy with how we controlled it. Obviously there’s always learnings from every game. We’ll look at it, myself and Frawls will probably sit down together tomorrow.

“Just take the learnings again because obviously it’s not where we want to be either. We want to be driving on to the Test team, so we’ll take all the learnings we can and drive it on for the training this week.

“Delighted to play with Frawls, but hard on Harry Byrne as well. Gutted for him. He came out and got injured early and then never recovered. Just a shout out to him, (it’s) tough on him.” 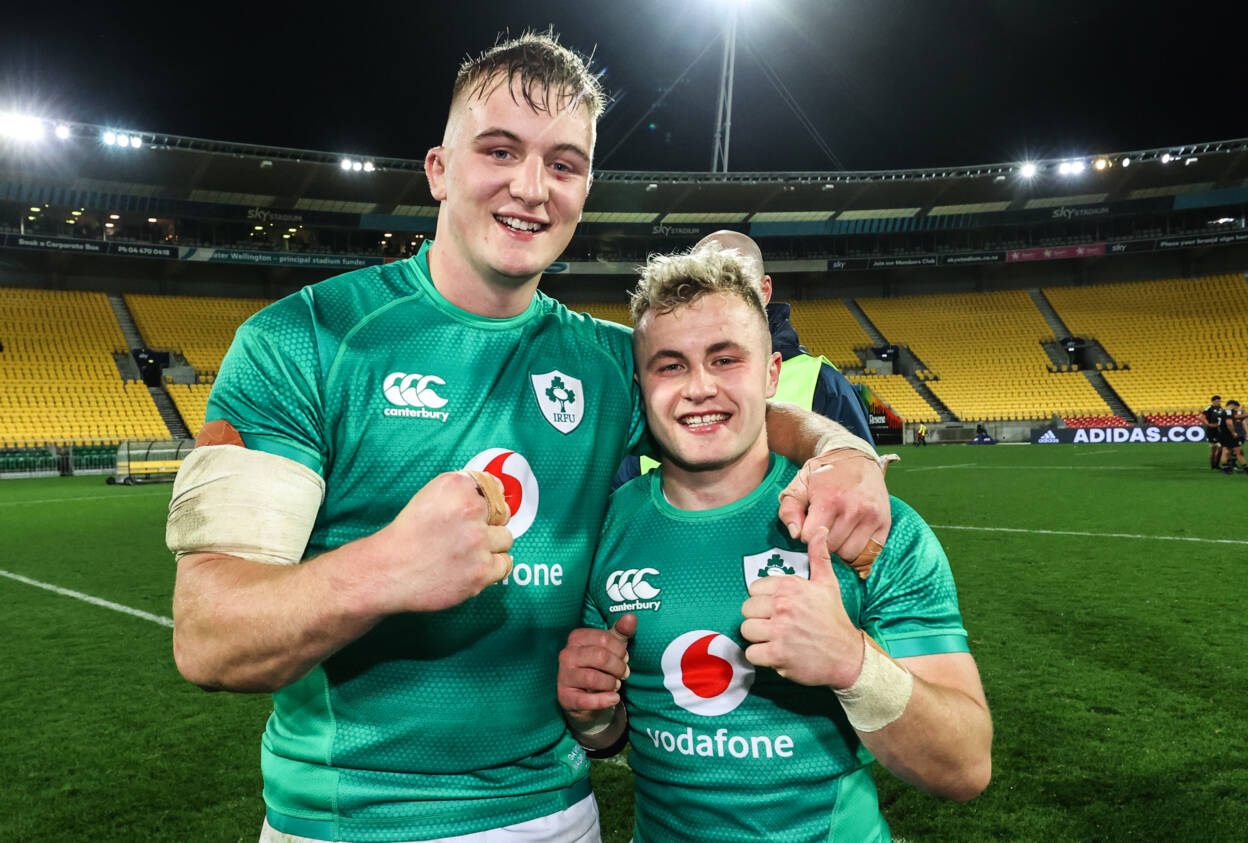 Wellington’s Sky Stadium, which Treadwell deemed ‘a great track, especially for the brand of rugby we want to play’, is also the venue for this weekend’s series decider between Ireland and the All Blacks.

Casey is not set to be involved in the matchday 23, but will make sure he contributes as much as he can to the team preparations as they look to end the tour with a third straight victory.

“The page actually flicks fairly early for us. The lads obviously enjoyed (last) Saturday night and then we were in bed early prepping. Got a good rest in Sunday and then kicked on again.

“The coaches helped us brilliantly as well. They turned the leaf and helped us massively for today. Look, we can’t wait for Saturday night.

“We’re going to help the lads drive on and hopefully we get a series win here and create more history,” he added.