As pride events continue to roll out across the four provinces in July, we explore more of the challenges facing the LGBT+ community and how, unwittingly, people can sometimes use language that has no place in our game.

A rugby player may never come out as an LGBT+ athlete to their teammates, their coach or their club. They simply may not want to, or indeed may feel they don’t need to. That’s why it’s even more important to be inclusive and respectful in our language and our behaviour.

IrishRugby.ie caught up with Graeme McInerney, a former player and now a proud volunteer and coach with St. Mary’s College RFC. In his own words, Graeme took the time to tell us a little bit about himself and the importance of setting the right example around our inclusive behaviour.

Graeme, thank you very much for taking the time to talk to us. Can you tell us a little bit of your story?

No problem. So, my name is Graeme McInerney. I’m from Dublin. I come from a big rugby family – I played all my life and started with mini rugby in St. Mary’s College RFC and then played in Templeogue College. I did my Leaving Cert in 2003 and played SCT with the school. We were quite competitive with the top rugby schools around that time, so it was the start of my true love for Rugby.

I realised I was gay around the turn of the millennium. At that time, nobody I knew was openly gay. There were no role models or any one I could look up to for guidance.

Rugby became an escape for me. I jumped into it and immersed myself in all things rugby. I have been fortunate to play on lots of good teams, with lots of success and that was really motivating to me.

I personally never encountered any discrimination or bullying behaviour. Rugby actually helped in that it helped to toughen me up and made me more resilient. It certainly helped me to project a tough exterior, although being 6’3’’ likely helped with that too.

Did you enjoy your rugby?

Rugby was a very positive experience for me. It was my number one focus and I played representative rugby for Leinster Age Grade. When I left school, I returned to St. Mary’s, played with the U20s and then progressed into the senior team.

I played alongside Johnny Sexton and as a 2nd Row, I played against the likes of Devin Toner with many a lineout duel at schools and U20’s level. Post 20’s, I had just broken into the AIL squad just before I suffered a serious injury.

That sounds tough. How did you react to that?

It actually turned out to be a blessing in disguise. It gave me a chance to live my life a little bit. I had been so focused on Leinster and playing for St. Mary’s that I had not made much time for anything else. I had thought I’d have 10 years of playing AIL at that stage but the injury changed things.

I couldn’t pick up a rugby ball for 10 months but as I started to return to fitness, I joined the club’s J2 team. We did not start out great, but we slowly began to create a real team and with the addition of Kieran Lewis and a few others, we became a real force at J2 level.

Because we were doing well and I had that break from seriously intense rugby, I decided it was where I wanted to be. I ended up playing for the J2s for 13 years, captaining the team for five of those years and we went on to win 12 trophies in that time.

Did you face any challenges around rugby in terms of your sexual identity when you were growing up?

I never encountered any issues when I was playing. I never felt like I had to tell anyone I was gay either. There was probably a rumour mill when I was younger, but I just learned to let that stuff be water off a duck’s back. There was no coming out to the lads.

I’m since married to my husband Keith. Quite a few club members attended the wedding. From then on obviously more people would have known but I never encountered any negativity. I took the approach of presuming everybody knows and just lived my life.

So Graeme, we hear you are actually coaching with the J2s now. How is that going?

Initially I was a bit more conscious as a coach of being a gay man. You do find yourself questioning if the team will listen to you or follow your lead, but that stems from my own trepidation.

I’ve learned that If they’re not listening to me, it’s not because of my sexuality – it’s probably because I’m saying the wrong thing!

Have you experienced homophobia on a rugby pitch?

There have been one or two incidences where gay slurs have been used. One time we were in the middle of a huddle and one of the coaches was looking to get the team all fired up. He said ‘Come on, we have to beat this bunch of….’”

That coach realised as soon as it came out of his mouth that he shouldn’t have said it and he tried to pull me aside to apologise. I just wanted to focus in that moment on the match, but we spoke about it afterwards and he apologised. A few of the players had also picked up on it but it was said in the heat of the moment, and I accepted his apology.

Another time in training a player used a similar slur. He came over to me after and said ‘Graeme, I said something during training there and I really apologise.’

It had actually gone over my head at the time and I was a bit taken aback when he mentioned it, but again we found a way to move on. 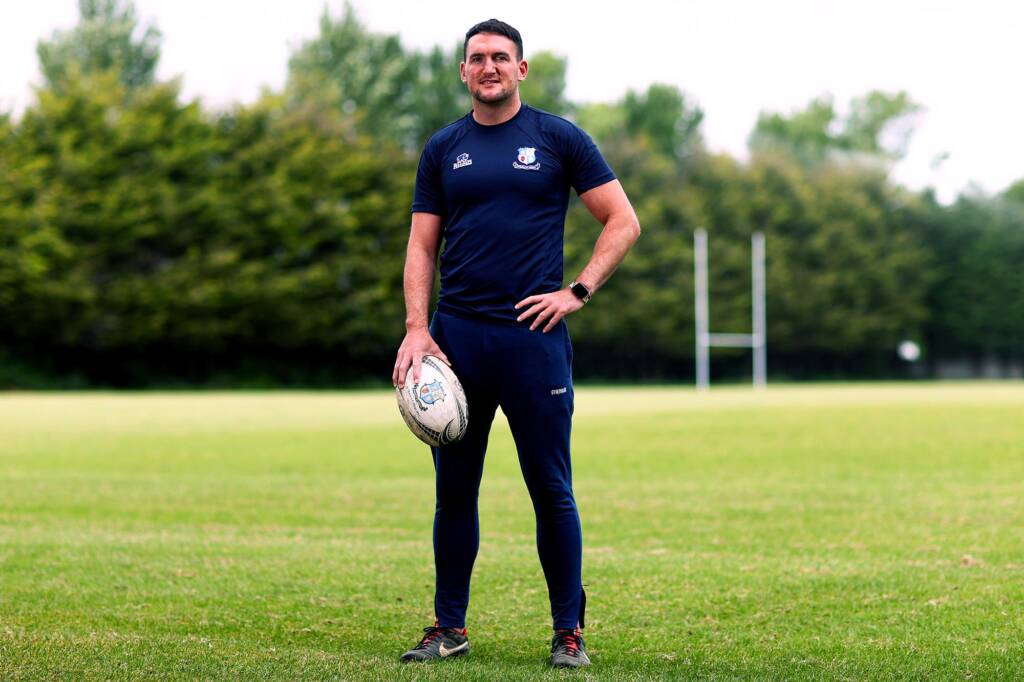 That sounds like an admirable response from you there Graeme, to be fair…

I hate this cancel culture. I mean I would have grown up as a teenager with that type of that language around and even in rugby – I would have frozen a little bit when I heard some words being used and I just tried to live with it.

I also think Ireland has moved on in the last 10 years. Much of that harmful language is now completely taboo and most wouldn’t dream of using it.

In a squad of 20-30 players there’s a high chance that someone is gay or bisexual etc., and there are others who certainly would cringe when homophobic language is being used.

The world we live in can be a bit too PC at times, but there is still definitely a necessity for coaches, teammates and role models to be more mindful around language and about who might be affected negatively by what they say.

Are players nowadays more aware of their teammates’ sexual identity than when you were a player?

I believe so. A player confided in me once to say that his friend was gay but he hadn’t told his parents, and he asked how could he help his friend in that situation.

I didn’t tell him it would be easy. I just told him his friend probably needed to say something so he could be who he needed to be. It was amazing to see this guy have his friend’s back and I told him that.

I didn’t know his friend or the background. But if it didn’t go as he would have wished, I knew he had at least one person who’d be there for him.

A couple of months later, the player came back to me. His friend had told his parents. They just gave him a big hug and told him everything was fine. He just needed to make that leap.

It’s great to see that evolution. My teammate didn’t really care that his friend was gay – he just wanted to help him figure it out with his parents. I think that speaks volumes about the generation coming through.

Coming back to the point about role models, I suppose I was glad I had a player who was comfortable coming to me and asking for my advice. In my day, you kind of had to figure that stuff out by yourself.

What do we need to do to be more inclusive?

I’d like to think that Ireland gets to a stage where you don’t actually have to come out. There will be times when people will need to clarify or correct those around them but we all have to do that in life across many matters regardless of our sexuality.

Coming out is part of a journey for some people, for others it isn’t. People shouldn’t feel the need to come out. What Nick McCarthy did was amazing, but he wasn’t coming out to the media. He was just using his profile to tell an important story which is inspiring to younger people starting out in rugby or any sport. Visibility and representation are more important than ever.

I do believe that we need to be careful about language and the words we use. Slurs and throwaway comments can do untold damage. This is especially important for those in coaching or team leadership roles who set the tone for inclusion. We set the example. You can never know everything that’s going on in your players’ lives.