Andy Farrell wants the players in Ireland’s wider squad to keep the bit between their teeth and kick on into next season, as the countdown to next year’s Rugby World Cup continues.

The Ireland head coach cut a satisfied figure after watching a number of up-and-coming players play their part in a well-judged 30-24 win over the Māori All Blacks.

Giving some uncapped and inexperienced members of the squad the chance to test themselves against the Māori – ‘an unbelievably dangerous side with a tremendous skill set’ in Farrell’s own words – has been one of the major positives of the summer tour.

Asked if the tour has been a success in terms of building squad depth, he said: “Yes, certainly, and we’ll see what comes of this. Obviously it’s up to the players to dust themselves off, go on holiday and what their appetite’s like to start pre-season training off with a bang because they understand what it’s all about to be a top-line international player.

“And then according to how pre-season goes for them, how they start the season and whether they put their hand up in the first seven games to get selected for the autumn series?

There has been game-time for 42 players on tour so far, with a dozen of them starting both of the Māori matches and 14 players retained in the starting XV between the first and second Tests. 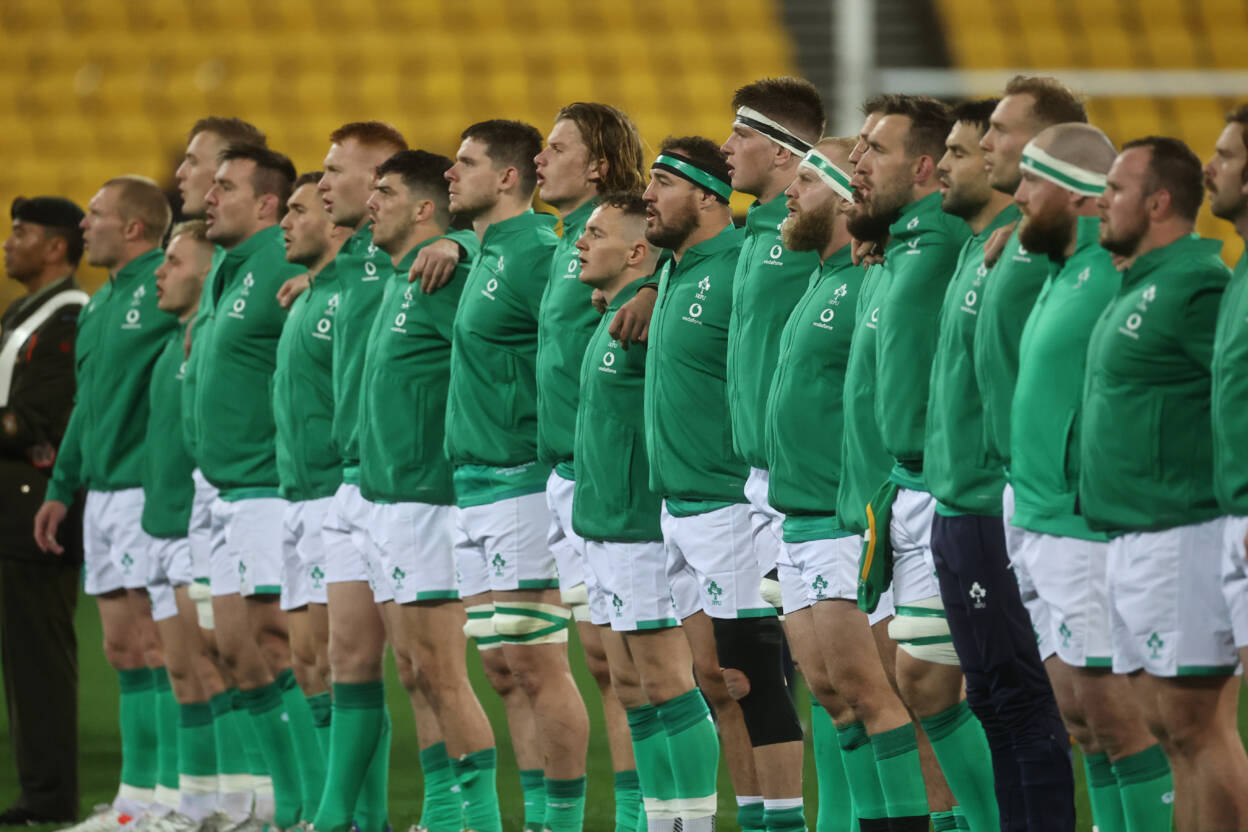 Learning the lessons of that opening 32-17 loss in Hamilton and bouncing back with a series-tying result shows what strides those young guns have made in a short space of time.

Farrell can seen the development in individuals and the collective, the touring experience getting players used to a high-pressure international environment and the demands of coming up against some of New Zealand’s best rugby talent.

“These boys have been dying for a game for the last 13 days for it to finally come around, and for them to improve and to get a big ‘W’ on the board is very pleasing for them going forward.

“We’ve been pretty lucky – obviously we’ve had things going on in the background with a few different knocks and injuries – but we had a pretty healthy squad going into this game tonight.

“On the back of this we’ve a pretty healthy squad going into the rest of the week as well. The mood’s good (in camp). It does help when you win, but it’s all about improving and performance and togetherness and growing as a group.

“It helps when you win a Test match obviously, but the mood would have still been great anyway. Exactly the same tonight, if the boys had lost tonight we would have learnt and pushed forward.

“It’s about growing the group, as we’ve talked about non-stop on this tour, and we feel that we’ve done that anyway.”

Ireland handled the tricky weather conditions with a smart game-plan, Ciaran Frawley and Craig Casey showing very good control and game management at half-back, while the workmanlike pack maintained high levels of physicality and intensity throughout.

Kieran Treadwell, Stuart McCloskey, Niall Scannell and try scorers Nick Timoney and Gavin Coombes stood out for their impact as ball carriers, in the tackle area and the breakdown, with openside Timoney getting his hands over the ball for two well-won penalties. 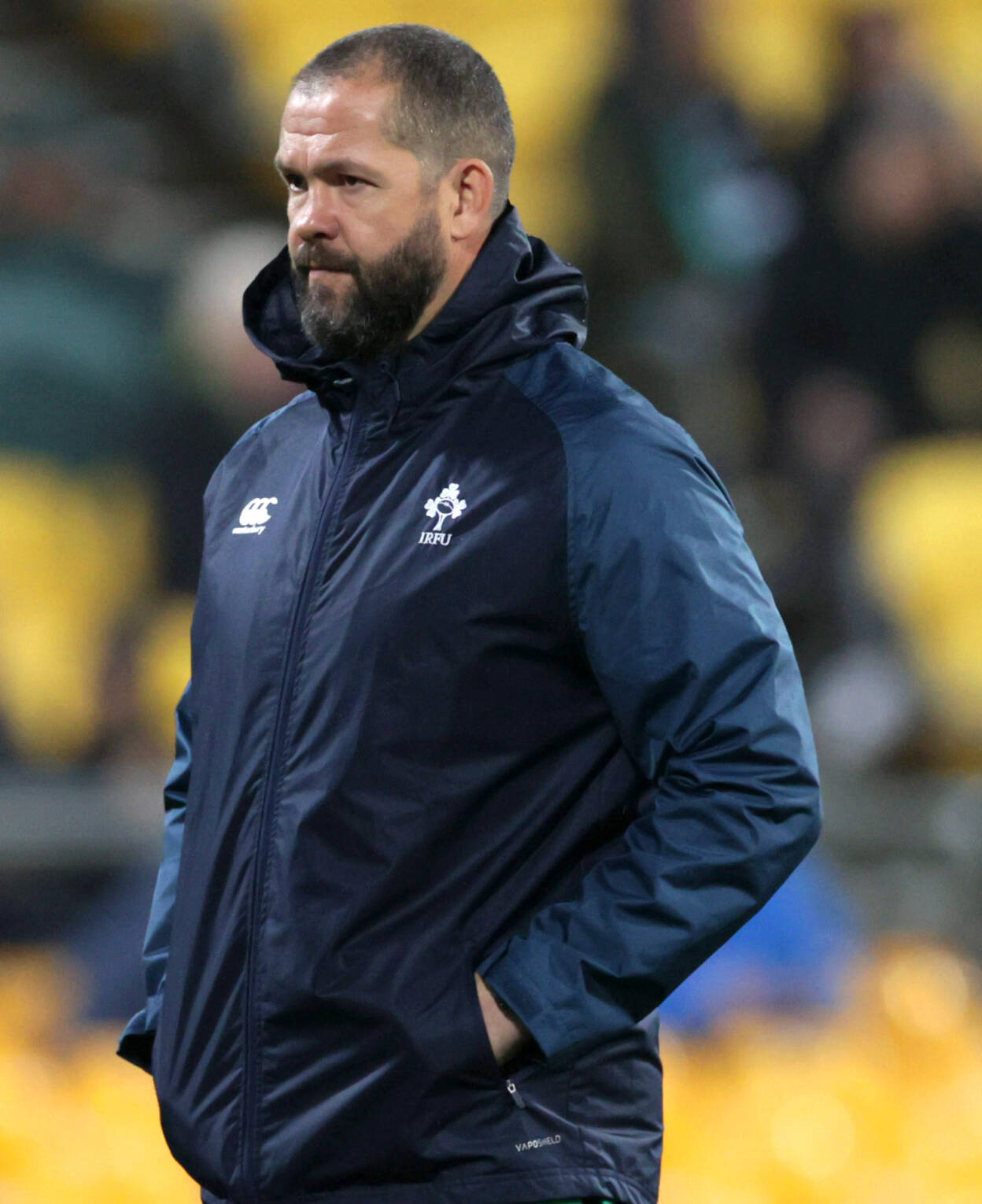 “They’ve learned a lot because it was pretty brutal out there, the conditions were swirling everywhere. For a young side to be able to manage their way through a game when things aren’t going right the whole time, I thought was tremendous.

“You look at the discipline that we had as far as territory is concerned and how our set piece was handled and how we went after them defensively. I thought they managed the game together, as a whole, superbly well.”

Seeing the players stand up to the challenge and pull off another historic result – Ireland’s first ever victory over the Māori All Blacks – has left Farrell enthused for the immediate future and the ever-increasing competition for places in the Test team. He added:

There’s a lot of lads that have put their hand up. I suppose that’s the great part of the tour, it’s seeing people not just grow on the pitch because certain things tend to happen on the pitch that can go your way or not.

“But we judge them how they are on a day-to-day basis and whether they can be a good team-mate, etc.

“We’ve seen people grow massively, not just as a rugby player but as people. Coming out of themselves within the group which is massive for us next year.”