New Zealand produced a big response to last November’s defeat in Dublin, and Garry Ringrose and Ireland have the same thing in mind when the summer tour reaches Dunedin later this week.

The series began with a bang for the All Blacks with a 42-19 win in Auckland, yet a strong Irish start and an evenly-fought second half suggests that Andy Farrell’s men are more than capable of turning things around.

Ringrose, the scorer of a slickly-finished try in the first Test, was part of the Ireland team that lost the 2018 tour opener to Australia before bouncing back to win the series 2-1 in memorable fashion.

Given how clinical New Zealand were in attack this looks an altogether tougher task, but the 27-year-old is adamant that the squad will pull together, train hard and produce a much-improved 80-minute performance.

“It’s pretty bleak waking up off the back of a loss. It’s a tough one to take alright, but I guess from the game we all know there’s plenty of learnings and room to improve,” he said.

“The motivation this week will obviously be the game on Saturday. But, in the immediate (time), it’s to improve and build on things in training.

“We’re obviously in New Zealand here trying to do something special. We didn’t do it on Saturday but we have another chance to try and do it this weekend.”

Ireland will get a few more bodies back on the pitch this week, with Rob Herring and Harry Byrne both expected to take a full part in training and Mack Hansen having completed his isolation period for Covid-19.

Ed Byrne and Stuart McCloskey are both fresh off the plane, the latter replacing his Ulster team-mate James Hume who has unfortunately returned home with a groin injury.

Ireland captain Jonathan Sexton, who came off during the first half of the opening Test, will complete the HIA process today, but front rowers Jeremy Loughman and Dave Heffernan are both confirmed criteria one concussions and will follow the 12-day return-to-play protocols.

After withdrawing from the matchday squad due to Covid, prop Finlay Bealham will be available to train later this week once his period of isolation is complete.

As much as New Zealand are expected to improve for the middle match of the series, with Aaron Smith anticipating ‘a thriller under the roof with the dry ball’, Ringrose is confident that Ireland can respond by recapturing their best form. 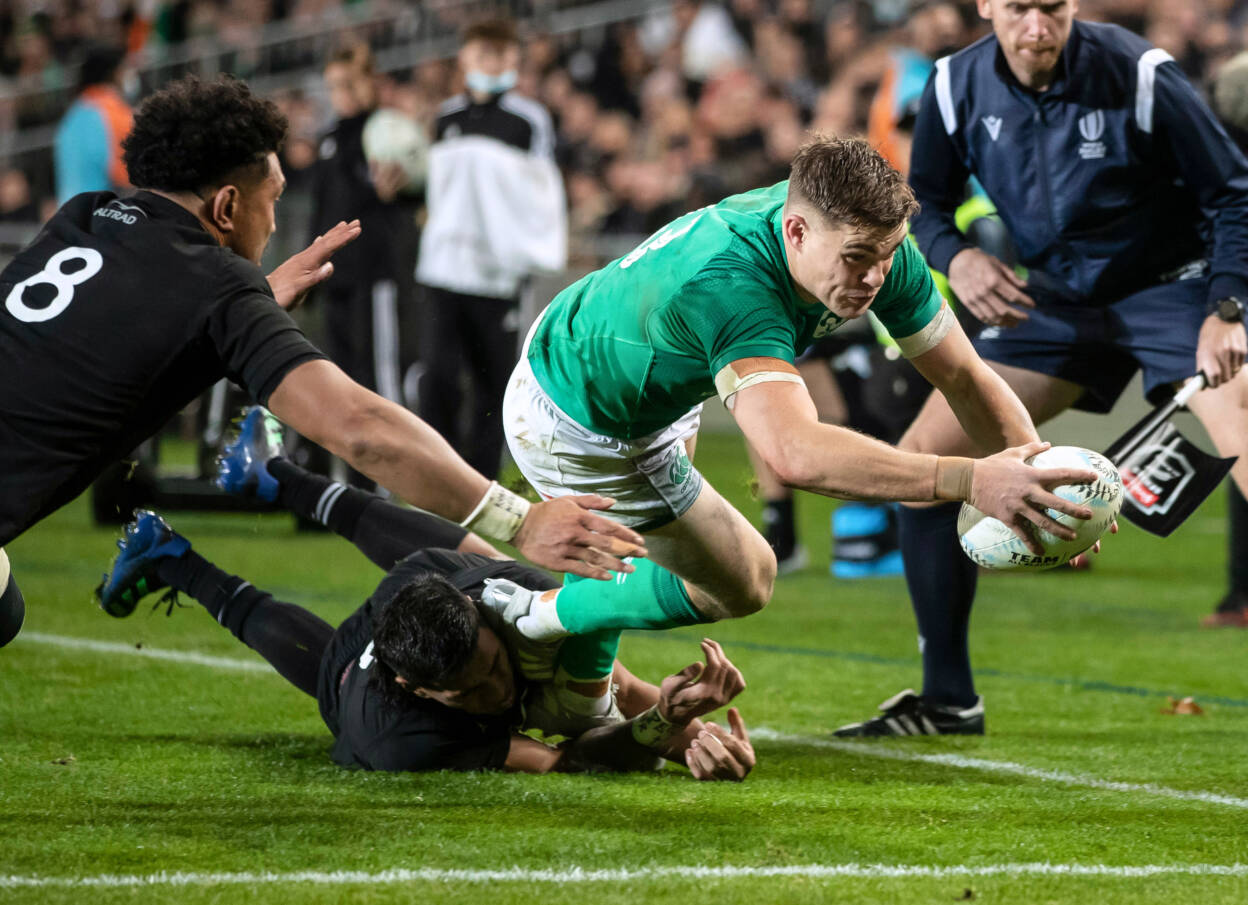 “I’m sure New Zealand will dissect us and find weaknesses that they didn’t get a chance to expose in the game,” explained the Leinster centre, who has scored three tries in nine Tests this season.

So it’ll be about, for us, trying to think a step ahead and review our game really in detail and see those things too, see where we can get better as well as the areas they did expose us.

“Equally, we’ve got to try and find things that we missed in game or missed when you’re out there.

“When you get a chance to look at it from the eagle eye sometimes things crop up. It’s all hands on deck this week and plenty of work to do.”

Ireland will need to rediscover their ruthless streak in order to take the series to a decider, and there were positive signs at Eden Park in terms of the amount of chances they created, particularly in the second half.

Farrell’s charges averaged six tries per game during the Autumn Nations Series, and then just under five tries during the 2022 Six Nations as they finished as the tournament’s top scorers.

Determined to ensure those opportunities are put away in this Saturday’s rematch, Ringrose acknowledged: “It was towards the end but it was tricky being held up over the line a few times, or the little knock-ons which were unlucky.

“On another day we convert them which might give us an opportunity to change the momentum of the game. But ever just prior to that, there were some simple errors that gifted them easy points which, against a team of their quality, you can’t afford to do at home or anywhere.

“It’s to try and cut that out of our game as well and hopefully give us a better chance this weekend.” 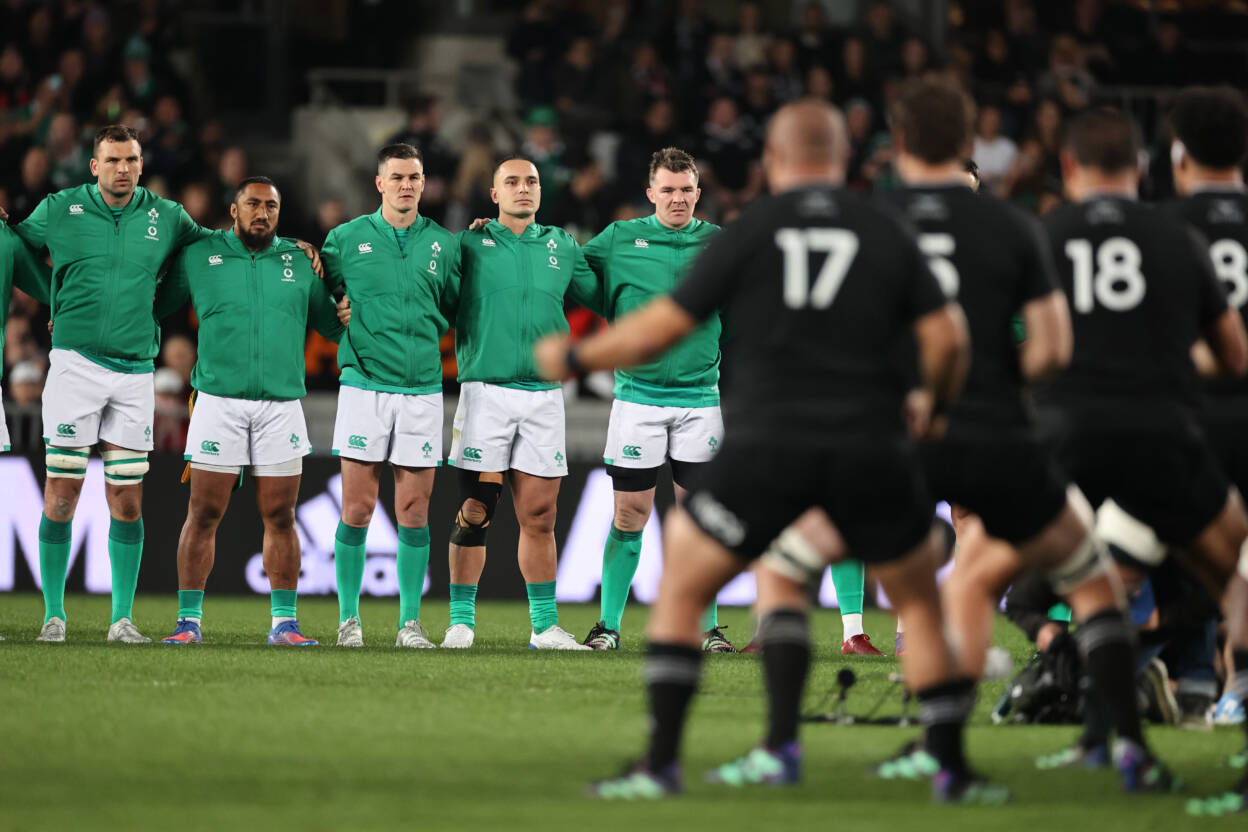 Meanwhile, Tadhg Beirne got 64 minutes under his belt last Saturday in his first appearance since the end of the Six Nations campaign. He is back to full fitness after time out with a thigh injury.

The Kildare man said that a furiously fast opening quarter was ‘tough on the lungs’ but felt ‘it will definitely stand to me next week if I’m back out there, for sure’.”

Eager to get another crack at the All Blacks in Dunedin, he insisted: “We felt we had some really good moments and that if we can just get a couple of things right that we certainly have the beating of them. That’s certainly how we feel as a squad.

“We’re very happy that we get to play them again next week and a massive opportunity to get to put a few things right and hopefully get one over on them.”

Noted as one of the best breakdown operators in the northern hemisphere, Beirne will want to make more of an impact over the ball in the second Test as Ireland seek to eradicate the errors that invited New Zealand forward.

“We were battling to get ourselves back into it (after conceding those tries) and unfortunately for us it was mistakes and it was discipline and it was just easy access for them to get back into our half and to get back on top,” said the 30-year-old.

That’s probably why we found ourselves down by so many points at half-time. I think we came out in the second half and were ready to go again and we scored early and then we exited well.

“And then we got a penalty and then we lost that lineout and they went up and scored. So, we kind of found ourselves doubling up on our errors and when we made an error they capitalised on it and that’s probably where we lost the game really.”