Enya Breen said her nerveless kick to secure Ireland a dramatic 15-14 TikTok Women’s Six Nations triumph over Scotland at Kingspan Stadium was about ‘staying in the moment’.

Making her second consecutive start at inside centre, having appeared off the bench during the opening three rounds, Breen rounded off a composed attacking spell from the hosts with a vital last-gasp try.

This left them a single point in arrears, but the conversion gave them the chance to snatch a hard-earned victory – their second of the 2022 Championship – from under Scotland’s noses.

Hannah O’Connor’s superb first half penalty from distance made her a candidate to take on the all-important kick, but a confident Breen took on the responsibility to be the match winner.

“It was just about trusting the process, staying in the moment. I knew the pressure was on, but I didn’t want to let that get to me,” insisted Breen, speaking in the aftermath at the home of Ulster Rugby.

“I know I had a kick from a similar position in the first half (following a try from Neve Jones) and I just pulled it right, so I just aimed it a bit more left. I trusted myself, it’s all I could do really.

“Me and Hannah had a bit of a discussion beforehand, but I backed myself to do it and that was that, to be honest.

“I took a few seconds after the try to remind myself where I was, what I was doing, and again, just stayed in the moment. I knew I could trust my strike.

“I’ve been working with ‘Briggsy’ (Niamh Briggs) and Greg (McWilliams) in the last few months. They’ve given me confidence in myself and it’s becoming an area of my game that I am really excited to kick on it. No pun intended!” 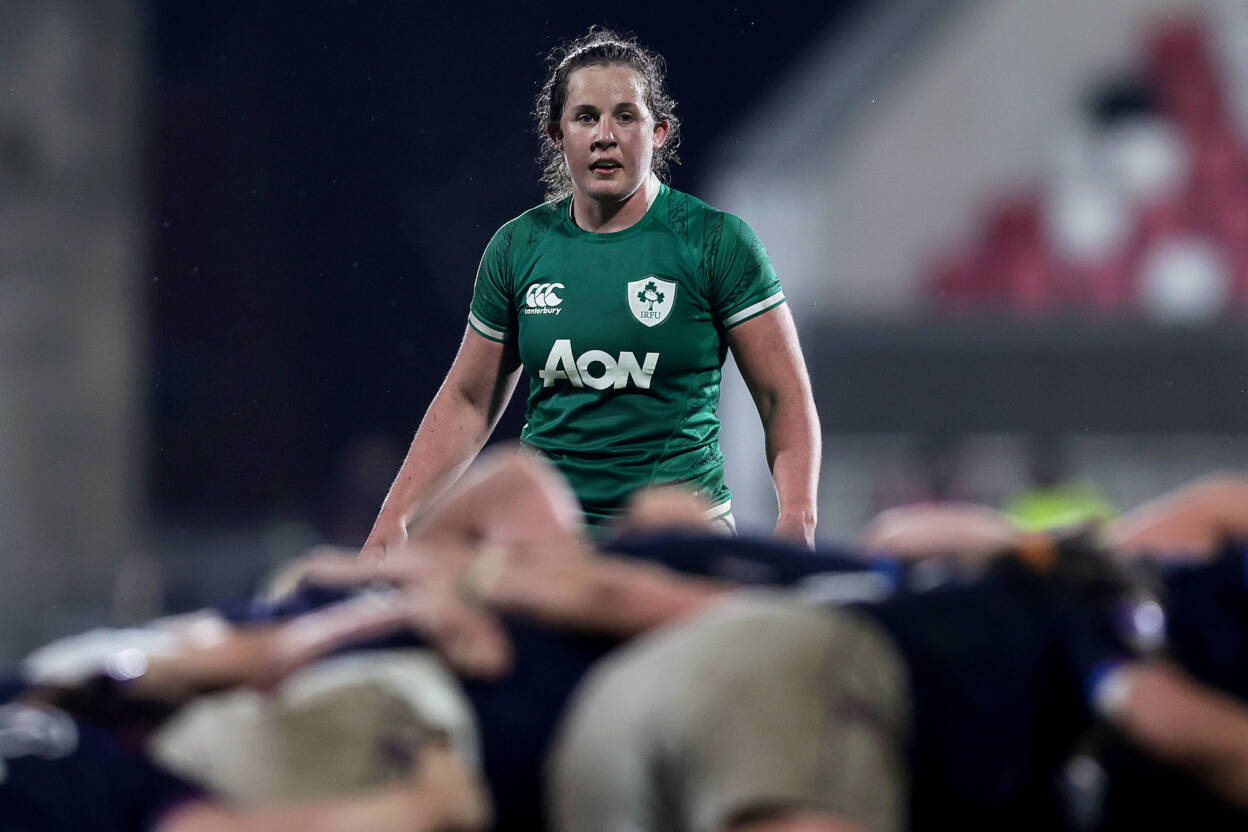 On the try that preceded her decisive conversion right at the death, Breen commented:

We were pounding away at the line for the last 10 minutes or so. We had our opportunities and luckily it just popped up for me (to score a try) at the end. Linda (Djougang) gave me the ball and I just backed myself to take it.”

First brought into the national squad by Adam Griggs in November 2018 as a 19-year-old – she made her debut against France the following March while still in her teens – Breen now has 14 international caps.

Injuries have stalled the Skibbereen youngster’s progress to a certain degree, but she now feels ready to push on with the experience of the last few years behind her.

“Look, I have been lucky to have been around some great leaders over the last few years and I think I have taken a piece from every single one of them,” said the 23-year-old UL Bohemians and Munster back.

“I’ve been involved a good few seasons now, I think I’m learning more every season. Some of what might be considered the younger players have been around for the last few years.

“We are ready to step up now. Someone has to step up into those leadership roles. We have taken the onus on ourselves, there is only so much the coaching staff can do. It’s been an interesting few seasons, but I have learned loads.”