Ireland captain Nichola Fryday is looking forward to putting it up to England, the world's number one ranked team ©INPHO/Ryan Byrne

Nichola Fryday is hoping that the Ireland can impose their game on England when the two teams meet in the TikTok Women’s Six Nations in Leicester on Sunday (kick-off 12pm).

Following a 29-8 bonus point victory over Italy at Musgrave Park two weeks back, Greg McWilliams’ charges will be looking to keep their 2022 campaign on an upward trajectory.

They face a tough task against an England side that have recorded three successive bonus point wins in this year’s tournament, but Fryday believes they can cause problems for the Red Roses.

“They’re clinical, they’re extremely clinical. They play in the right parts of the pitch and they have a good kicking game, but I think we have plans in place that we can use to combat that,” admitted Fryday, in advance of the Captain’s Run which was held at Mattioli Woods Welford Road earlier today.

“We’ll be looking to enforce our game on it as well and make sure that we’re playing in the right parts of the pitch, and just really standing up to them physically.

“You can see in the first 20 minutes of the Welsh game and the Scotland game, those girls really stood up to them physically.

“When you do that, you can kind of get started in playing your own game. That’s what we’re going to be looking to do at the start of the game.”

While there are significant changes to the matchday 23 following the reintegration of several starters back into the Ireland Sevens squad ahead of next week’s World Series tournament in Langford, a number of players have come in to fill the void. 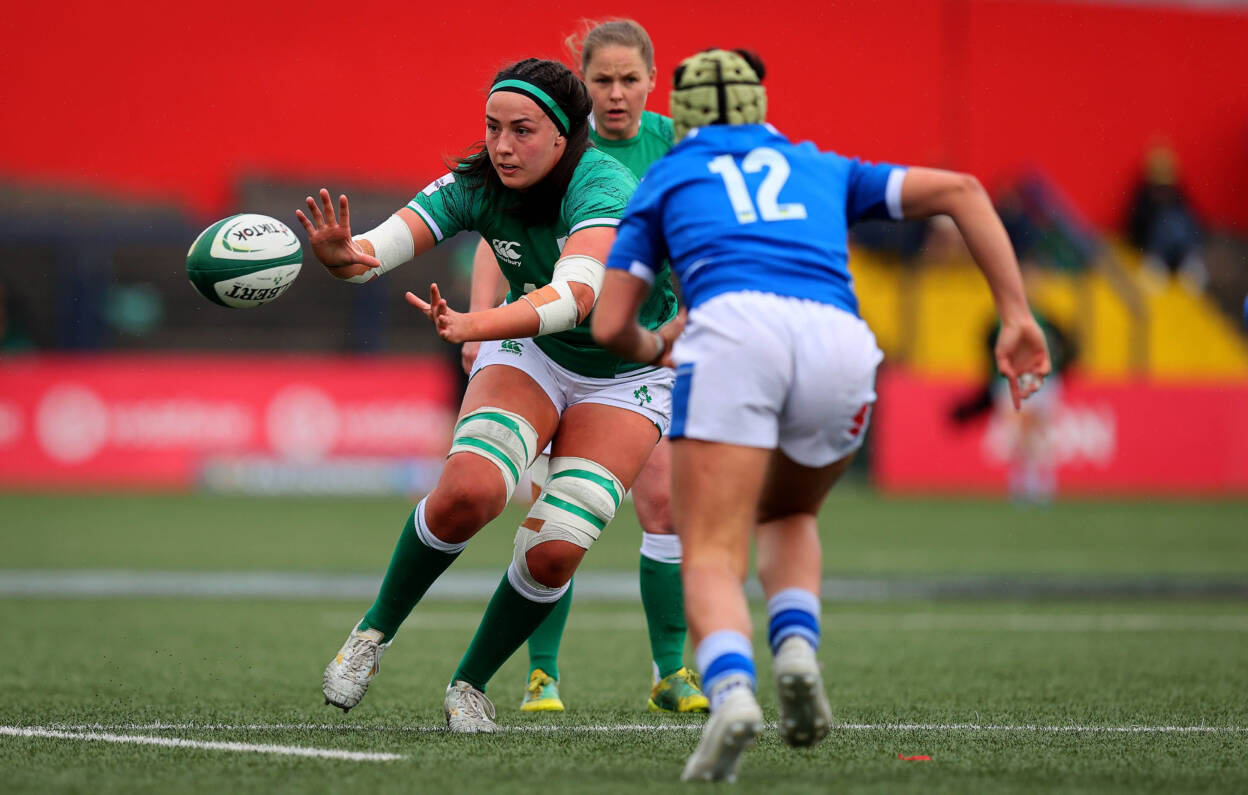 This includes some familiar faces as well as newcomers to Test rugby, with Fryday acknowledging:

We’ve had quality players coming into the squad. We have the likes of Sene (Naoupu), Michelle Claffey. We have the two new caps, Niamh Byrne and Molly Scuffil-McCabe, who are really exciting players, who have really been performing in the AIL this year.

“They deserve their opportunity to get that green jersey on them. No better challenge than against the best in the world. It might be thrown into the deep end, but I know that they’re going to stand up and rise to the occasion.

“For us, we’re really excited to just get going now. It’s going to be a big challenge, but it’s one that we’re just excited to get going with.”

That said, Railway Union’s Aoife McDermott is someone that the Offaly native has played alongside on numerous occasions, including a Six Nations clash with England at Energia Park in February 2019.

“Aoife has come in and thrown herself right into it again and she has been in training with us for the last few weeks as well. She has been in the squad since the start. 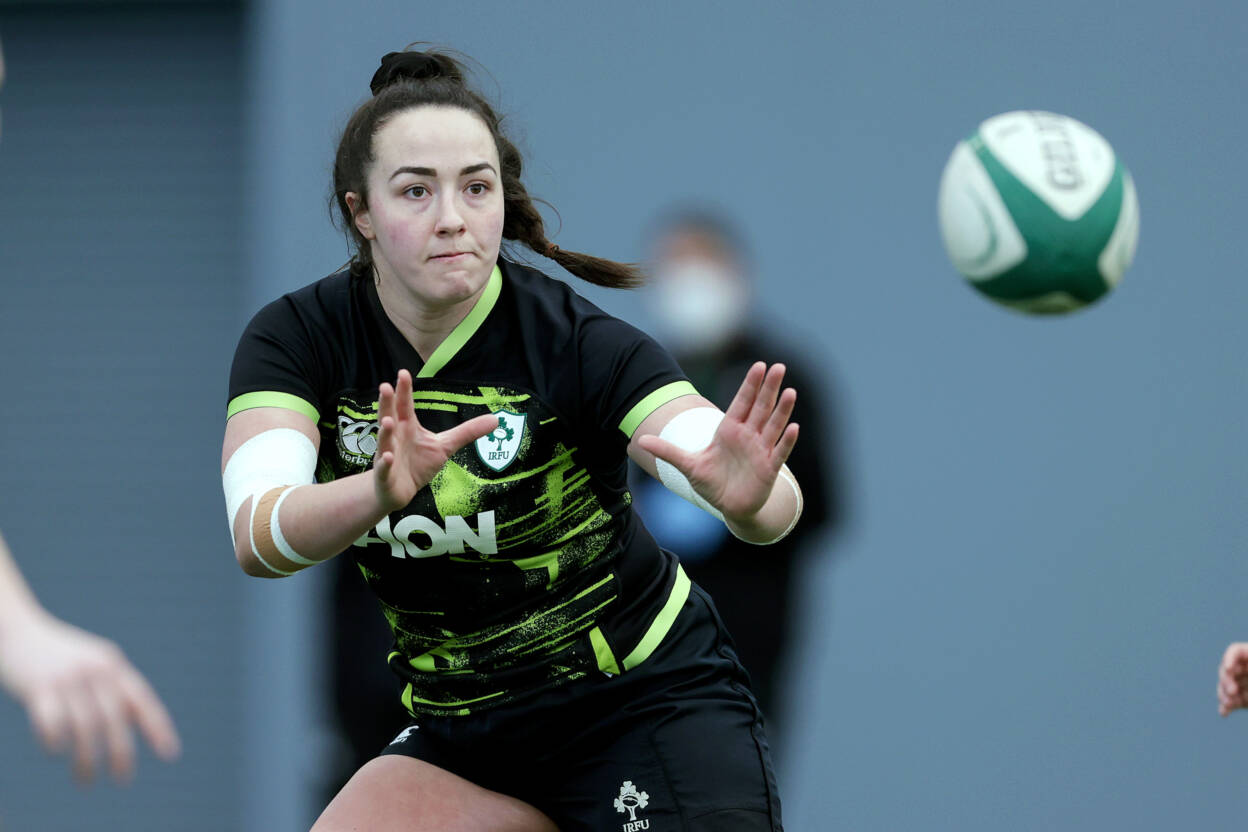 Played in a standalone window for the second season in succession, this is also the first time that the Women’s Six Nations Championship has been held in front of spectators since 2020.

Indeed, Ireland’s opener against Wales at the RDS drew an attendance of 6,113 – the largest ever for a Women’s Six Nations fixture on Irish soil.

At Kingsholm Stadium in Gloucester two weeks ago, England played Wales in front of 14,689 spectators – a record for a Red Roses ticketed home match.

There is the potential for this figure to be surpassed with Welford Road, the home of Leicester Tigers, holding a capacity of 25,849.

“It’s the way it should be and I think it’s only going to continue to keep growing. It’s just really exciting for women and women’s sport to be able to get on that platform, and for it to be continually growing as well.”